As the crowd swiftly occupied the floor of Club Nokia for Santigold on Friday night, we couldn’t help but notice the eclectic tunes emanating from the speakers. Rather than just standard club tunes, the mashups were courtesy of LA’s own DJ Ivy, who clearly knows her shit. Ivy impeccably blended tunes like “Iko Iko” by The Dixie-Cups and “Lazer Beam” by Don Carlos with some bass-y dance beats that set the tone for the night. 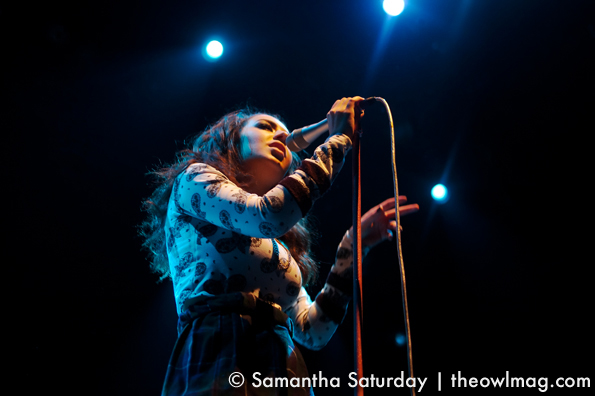 After a quick changeover, two gentlemen took their positions manning electronic drums and synthesizers. As they laid down some heavy electro rhythms, 19-year-old Charli XCX saucily took to the mic. Dressed like a mashup of all five Spice Girls, Charli had the crowd wrapped around her finger as soon as the first words slithered from her lips. Her breathy voice intertwined with a dubstep-like undercurrent of bass that kept everyone in the palm of her hand. Having only released singles up to this point, Charli XCX is already set to open for Coldplay later this summer. With her forthcoming album and such stage presence, we have no doubt that we will be seeing a lot of Charli in the near future. 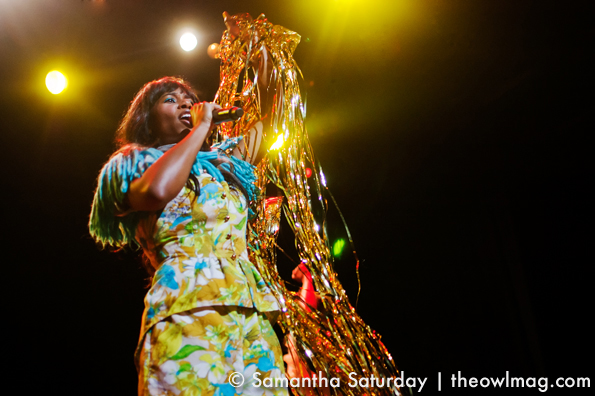 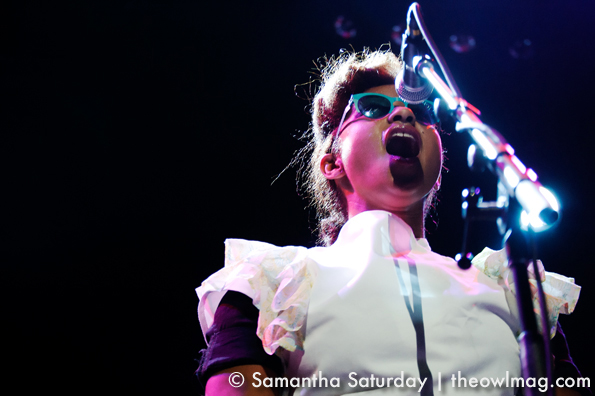 With little downtime, the stage was cleared, leaving behind only two mic stands and the band’s instruments. Aside from some gold garland lining the drum riser, the stage was entirely devoid of decoration. Santigold‘s dancers – collectively dubbed SG1 – ushered the singer to the center of the stage as her band laid down the intro to “Go!” For the duration of the song, Santi marched dutifully at the center of the stage, subtly drawing in each and every fan. 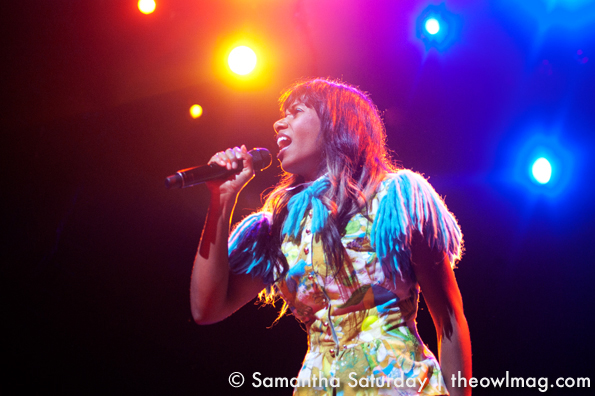 As the show progressed it became apparent that there was simply no need for any type of stage adornment. Santi, the SG1 dancers, and her band kept the audience visually rapt with simple costume changes and props, all of which represented the vibe of each set of songs. With the more upbeat opening tunes, Santi and her dancers were brightly dressed, Santi’s own outfit seemingly made of 1970’s upholstery and blue puffy yarn. Conversely, with darker tunes like “The Keepers” and “Anne,” the costumes reflected the darker undertones, with black and white parasols and the stage lights flashing like lightning. 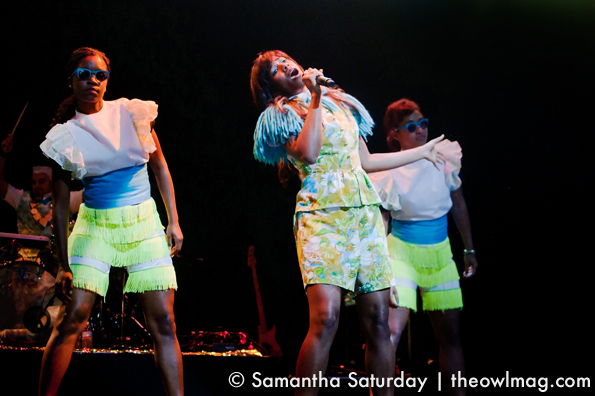 All the while, Santigold’s presence was friendly and warm — smiling, making eye contact, and waving at fans throughout each song. Just before “Shove It,” the singer commented on the love she felt from the LA crowd, saying she might consider moving there someday, followed up by a playful “Psych!” Rounding out the night, Santigold sent her fans off with her rendition of Spank Rock‘s “B.O.O.T.A.Y.” which she contributed to for the original recording. This last jam sent the crowd into a frenzy, getting everyone dancing in the most unimaginable ways.