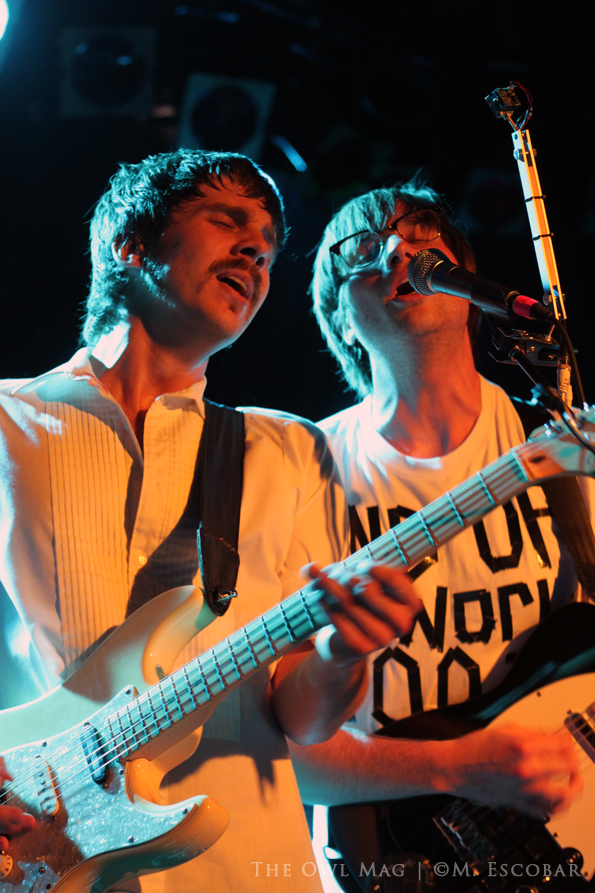 I don’t know about you, but I never bought into the shtick that we were all going to die come May 21st. Nope, not even close. But I did buy into the so-called end of the world as an excuse to live like I was dying and indulge in a rock show of high quality that could potentially be my last rock show EVER.

Cue Judgment Day at The Roxy, yet another musical adventure spawned from the copiously creative brains of Saint Motel. If you need a little back-story, go here for our pre-Judgment Day interview with the gentlemen. 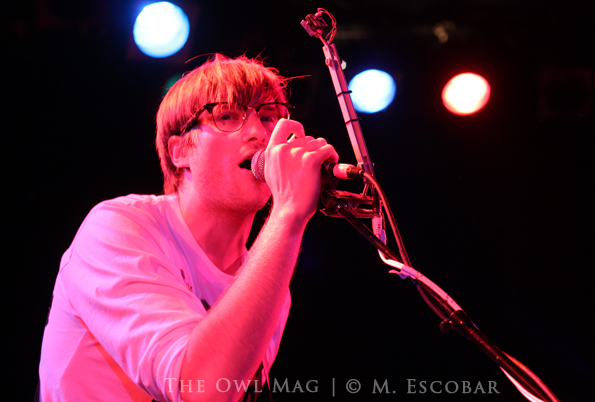 What it all came down to was no one ascended, but those Saint Motel boys put on a hell of a good show here on Earth. From the bold stroke of having Reverend Childs from Project Caravan as the night’s emcee to taking on The Who as the show opener to a fun and jumpy cover of The Jim Carroll Band’s “People Who Died” (even though we didn’t), to the doomsday clock ticking away in the background, Saint Motel was in fine form doing what they’re known for best: bringing a live rock show that’s as engaging visually as it is audibly. Sporting a reverent DIY-designed sweatshirt that said “END OF THE WORLD” on the front and “PROJECT CARAVAN” on the back (DIY as in electrical tape for letters), front man A/J Jackson was all smiles in the face of (non)destruction, while band mates Aaron Sharp, Dak Lerdamornpong, and Greg Erwin seemed to take the prospect of their demise with all the heft it deserved (read: none). The tunes were tight (including that annoyingly awesome, stuck in my head for days, “Puzzle Pieces”) and the doomsday clock struck midnight with no repercussions other than someone shouting “Happy New Year!” And the “surprise guest” of the eve was none other than Jesus himself, who didn’t look all that disappointed that the world didn’t end. I mean really, that would be bad for Jesus-business. 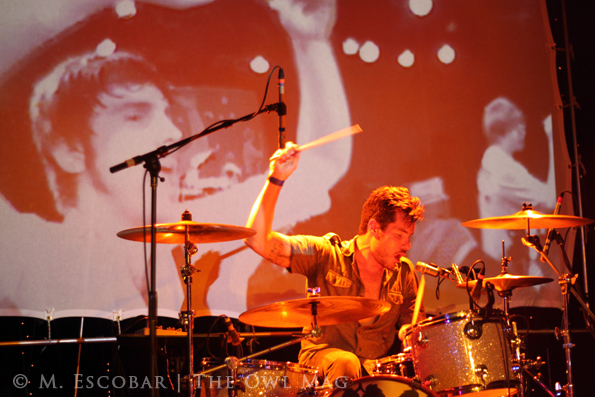 Sidebar: A/J took to wandering through The Roxy with the most ghetto headcam aka a camera strapped to a helmet on his head. I suspect we’ll see the fruit that bears at a later date.

And then there was Vanaprasta, with whom I have a skewed musical relationship. If you know my Twitter habits then you’re aware that, for better or worse, I’m not shy about sharing what does and does not please me with the ENTIRE world. Suffice to say once upon a time these five guys were on the wrong end of my scale; two live performances from them had left me cold. What exactly shifted and when is difficult to pinpoint, but something did and over the past year I began to hear them anew. A tone, a feel, an urgency, a something, but damn, Vanaprasta is a hell of a band. 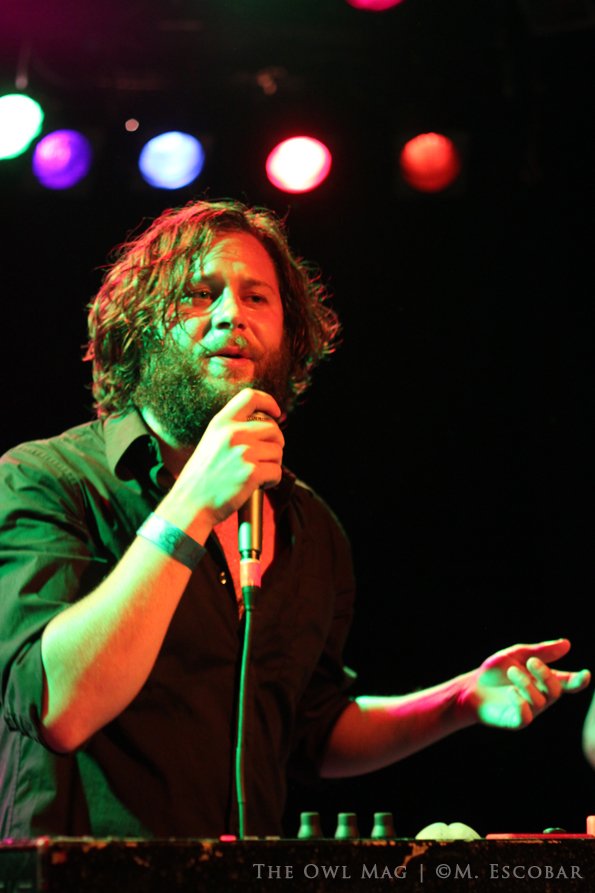 With a dedicated indie mantra, a side helping of raw psychedelic and blues topped with Steven Wilkins’ powerful vox, LA’s Vanaprasta may have shown The Roxy audience what the future of rock could look and sound like when equipped with guitar precision, intelligent rhythmic shifts, youth, and pure fucking talent. Go figure, they’re even open to making you get your dance on (yes, that was me shaking body parts to “Self Indulgent Feeling.” Seriously, you can’t help it.) Taylor Brown, Collin Desha, Cameron Dmytryk, and Ben Smiley round out the goodness and since we’ve all lived to rock another day, come the next Vanaprasta gig, consider me there. And hearing the low drag, fire breather “G-“ live (that’s “G minus,” people) live pretty much sealed the deal. And I thank them for changing my mind. 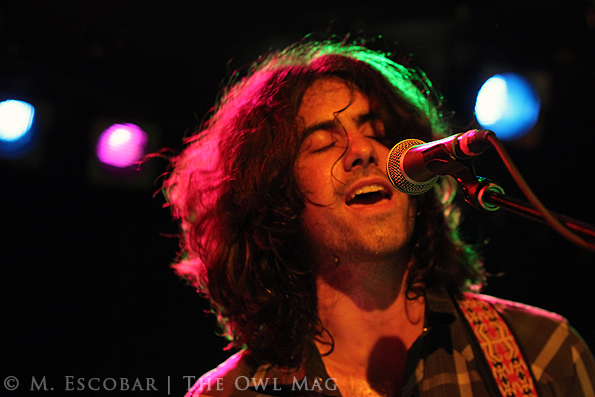 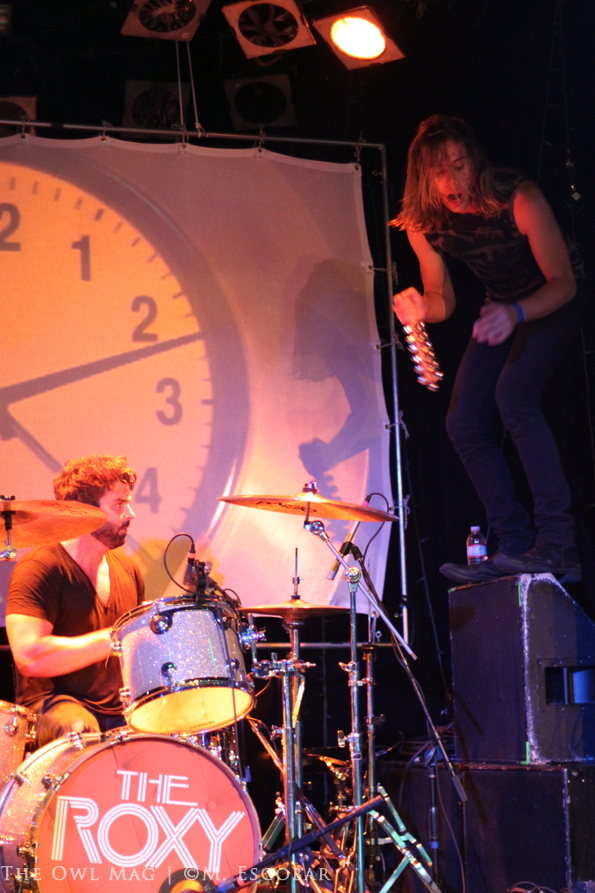