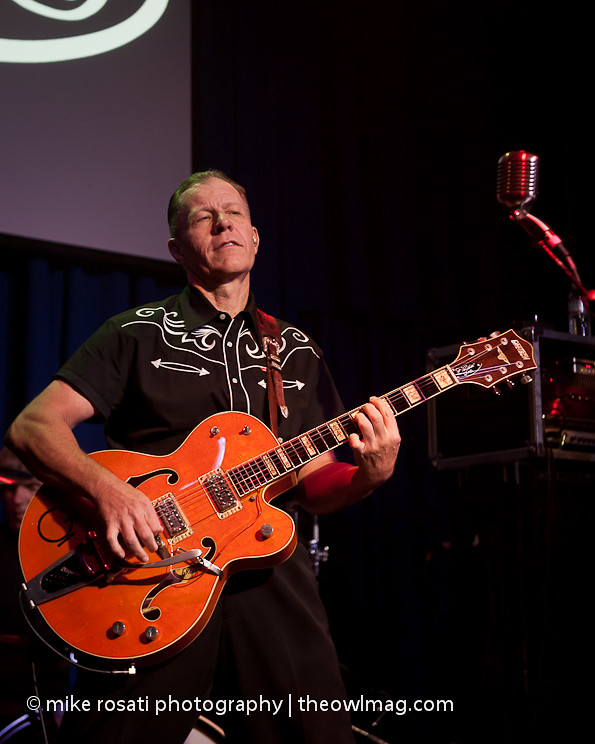 On Friday the 13th at the Uptown in Oakland, fervent fans flailed to the psychobilly sounds of Reverend Horton Heat, but before the Reverend strummed a chord, Supersuckers got the crowd all kinds of riled up. The self-proclaimed “greatest rock band in the world” let everyone know why they showed up when the words “we came here to rock the house” left frontman Eddie Spaghetti’s lips. 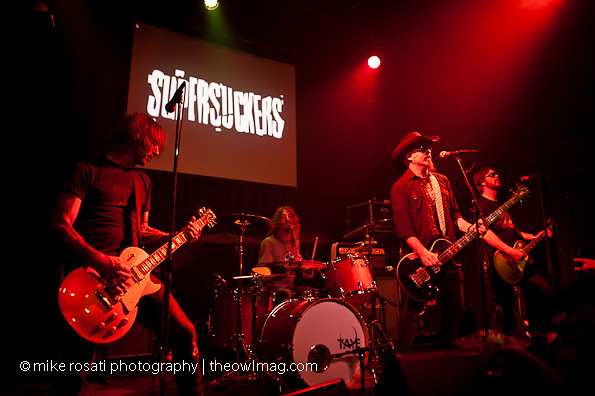 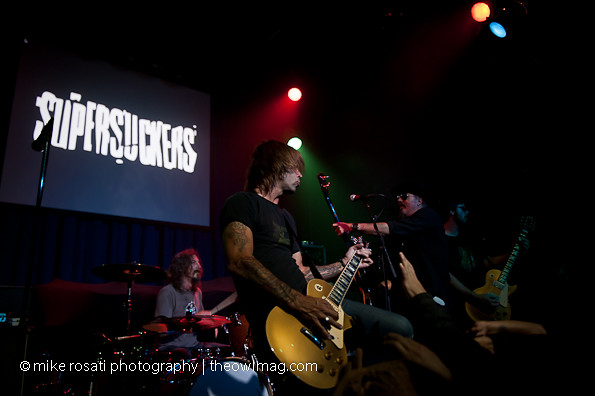 Supersuckers don’t ever just show up to play their music. They also put on an amazing show with mic kicks and guitar salutes after almost every song. In fact, they end every song as if they could be walking off the stage for the last time ever. Eddie Spaghetti showed everyone how easy it is to play the bass guitar by passing it off to every member of the band (including the drummer) to play, whether they wanted to or not. The antics continued with an impromptu Eddie Spaghetti-led rendition of “Happy Birthday” for “Metal” Marty Chandler, followed by a kick ass guitar solo by the birthday boy. No other band can prepare a crowd for the three man extravaganza that is Reverend Horton Heat. 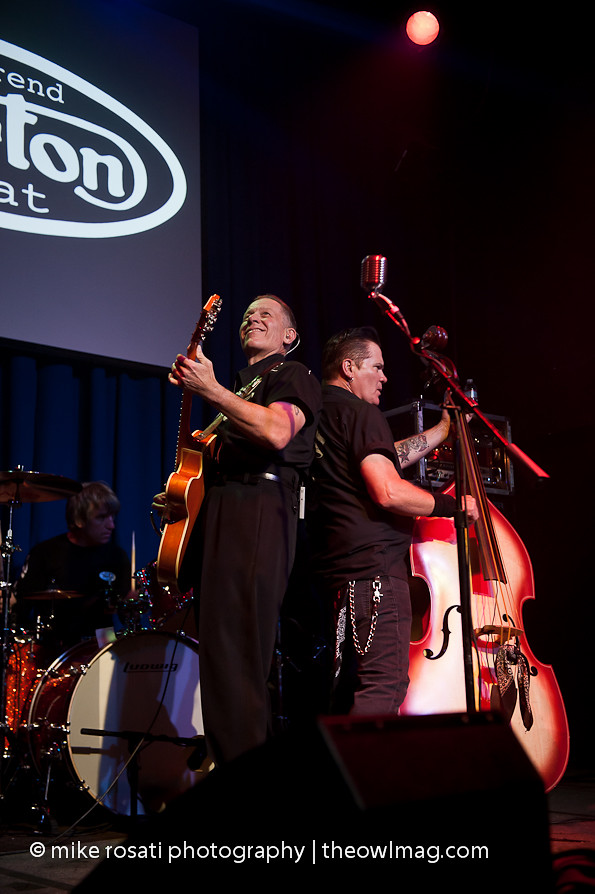 With a preview of their soon-to-be-released rockumentary, 25 Years to Life, running on the big screen above the stage prior to the band’s entrance, the fans prepared themselves for yet another spectacular performance by the Reverend. Never to disappoint, Jim Heath on lead guitar and vocals, Jimbo Wallace on stand-up bass, and Scott Churilla (the new guy) on drums began their gig by playing one song from each of their first seven albums. After the very nostalgic start, the Reverend took requests and played a wicked cover of “Folsom Prison Blues.” No Reverend Horton Heat show would be complete without Jim Heath standing on Jimbo’s stand-up bass and kicking out some classic Horton Heat riffs as Jimbo keeps right on playing. 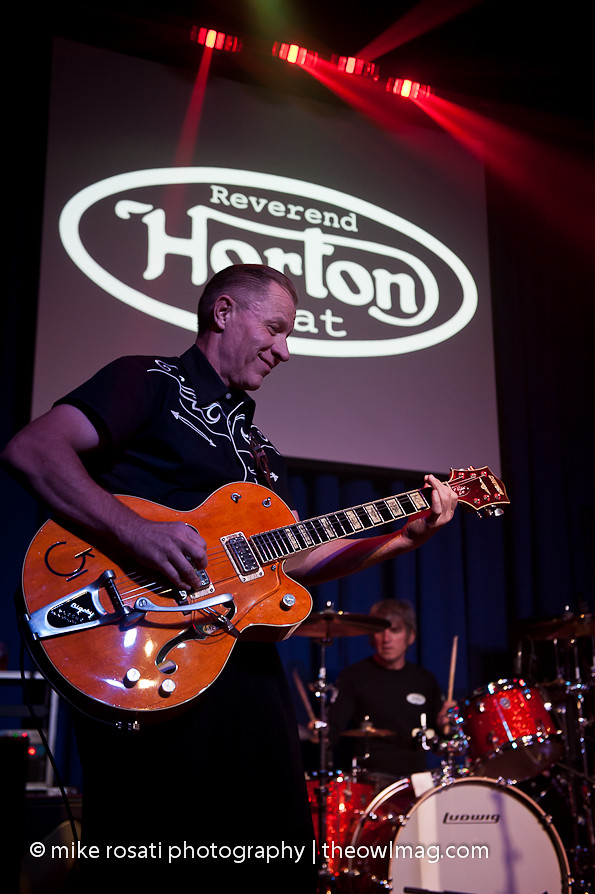 It’s amazing to think that this band has been around for 25+ years and playing innumerable gigs since their inception. The three-man band can still fill any venue with some of the most appreciative and fun-loving fans out there, but even more impressive is the fact that Jimbo Wallace can still do the splits and not miss a pluck on his stand-up bass. As a fan, it was like putting quarters in a jukebox that only plays Reverend Horton Heat. 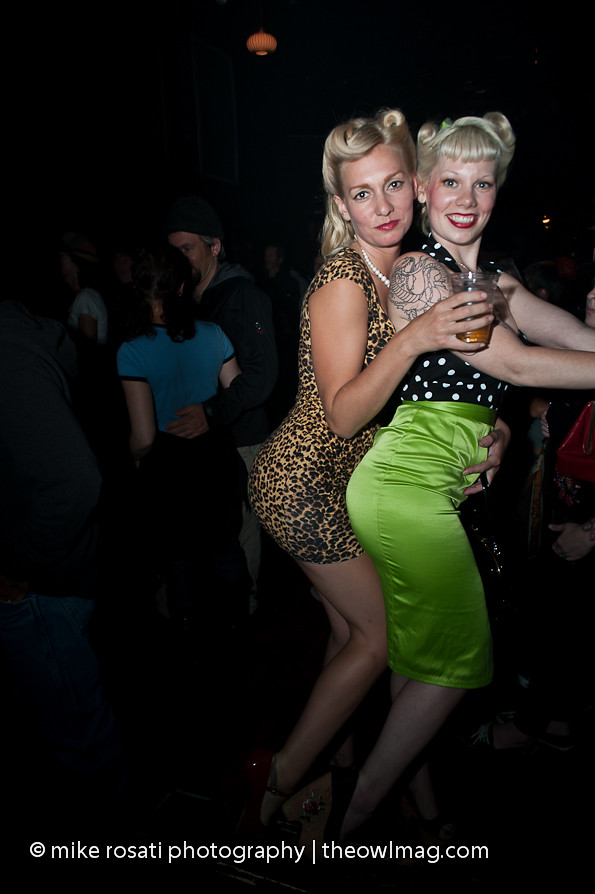 For more photos of Reverend Horton Heat with Supersuckers @ Uptown, check out our flickr.