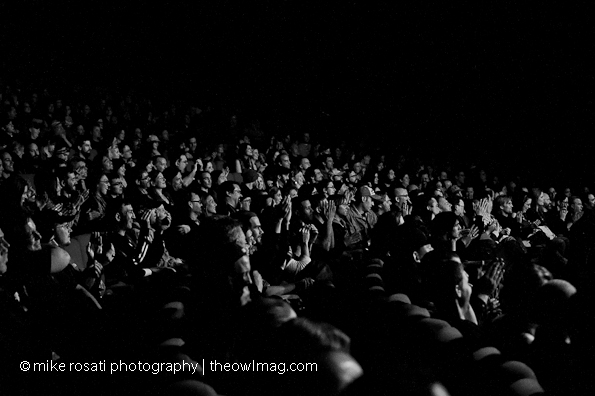 Puscifer: led by concept-driven madman Maynard James Keenan, the driving force behind Tool and A Perfect Circle, put on an explosive show on Wednesday.

Opening for them was slinky-smoky Carina Round, the English singer/songstress whose curvy shaking had the crowd enthralled. Round is a major force in Puscifer’s latest album release, Conditions of My Parole, and plays double-duty with Keenan during shows. Extremely gorgeous and talented, she rocked out mostly to songs off of her yet-to-be-named upcoming album, said to come out in early 2012. 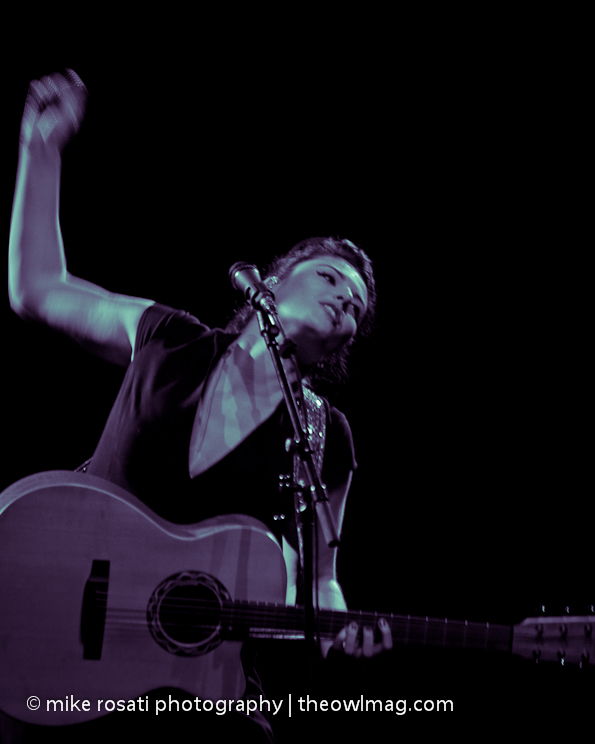 Carina Round
Carina Round’s 5 piece outfit slithered on-stage, comfortable with dancing to the sensual beats. Round first told the crowd her favorite American expression was “right on!” but then promptly corrected herself with, “or suck a bag of dicks.” 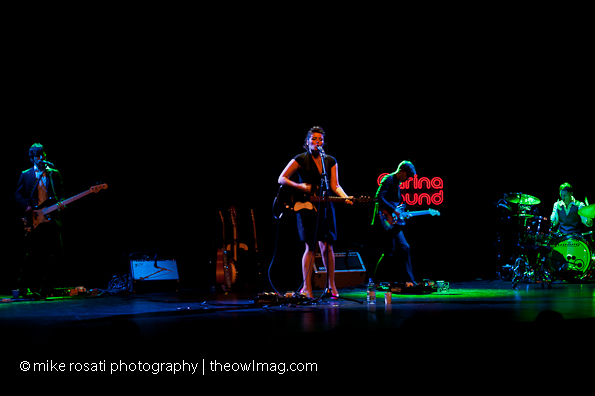 Carina Round
A trailer-trash themed comedic video was played between sets, starring Major Douche, anarchist hillbilly Billy D., and his wife/cousin/ditzy accomplice Hildy. It kept the energy going and the dudes around me were chortling hysterically as Billy D. lusted after his wife’s bosom-endowed cousin, Cherry Piles. 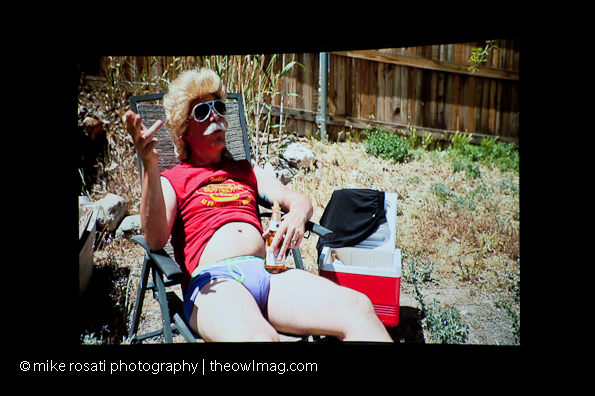 But then Maynard walks on-stage, and the crowded theater sits silently tense. He’s pulling a mini-Winnebago behind him, which holds a soon to emerge Carina Round. Beginning with an articulate and highly-intelligent explanation of Puscifer, he talks of sustainability, not as a buzz-word for eco-friendly liberals, but as the pre-civilization hunter/gatherer lifestyle: providing for yourself and your family during the day, and entertaining, reflecting, and recounting at night, to paraphrase. 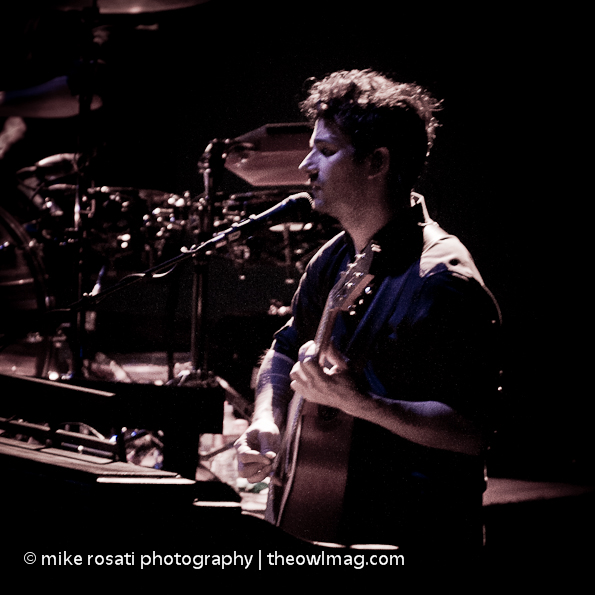 Set against an Arizona backdrop of cowboy hats, camping gear, and BBQs, his aim is to contrast and therefore exaggerate the hyper-conservative Republican lifestyle. Instead of assuming society’s feats as progression, he instead talks about the regression of creativity and true connectivity, as in his song “Indigo Children” where he intoned, “tear the digital down.” 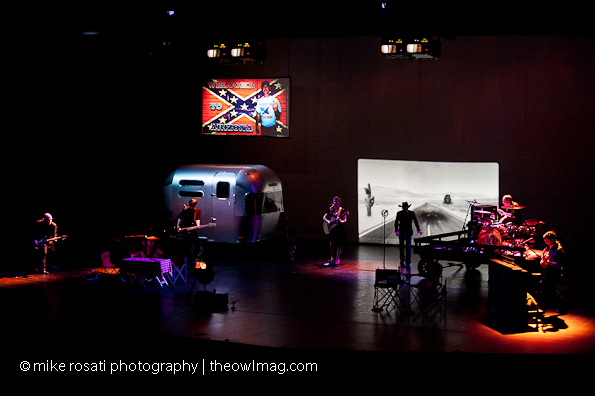 Behind the band on a mammoth sized screen flashed scenes of barren landscapes, apocalyptically desolate, yet still beautiful. It set the tone for revisiting a more primal time, perhaps more brutal, but also less clogged with political red-tape and Walmart-consumerism. 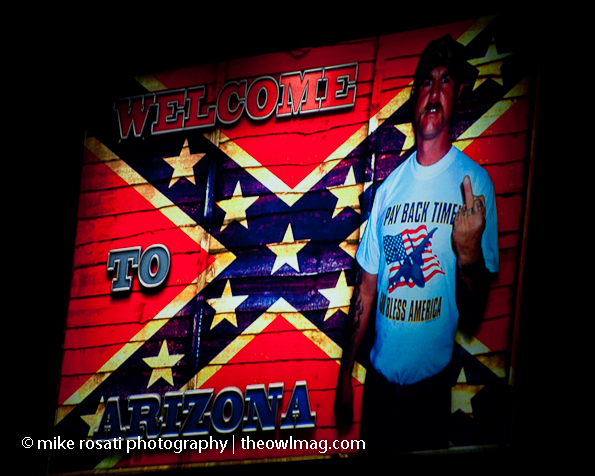 Oh, and the sound? Powerful. Keenan’s vocal range hit bass-low on his last album, V is for Vagina, but Conditions of My Parole sounds more like his range on APC. Sonically, visually, it was a visceral mind-fuck that impressed me much more than his A Perfect Circle Berkeley show over the summer. So many of his songs/ideas relate directly to what I talk about with friends/classmates… If you have any chance to see this Puscifer tour, DO IT. 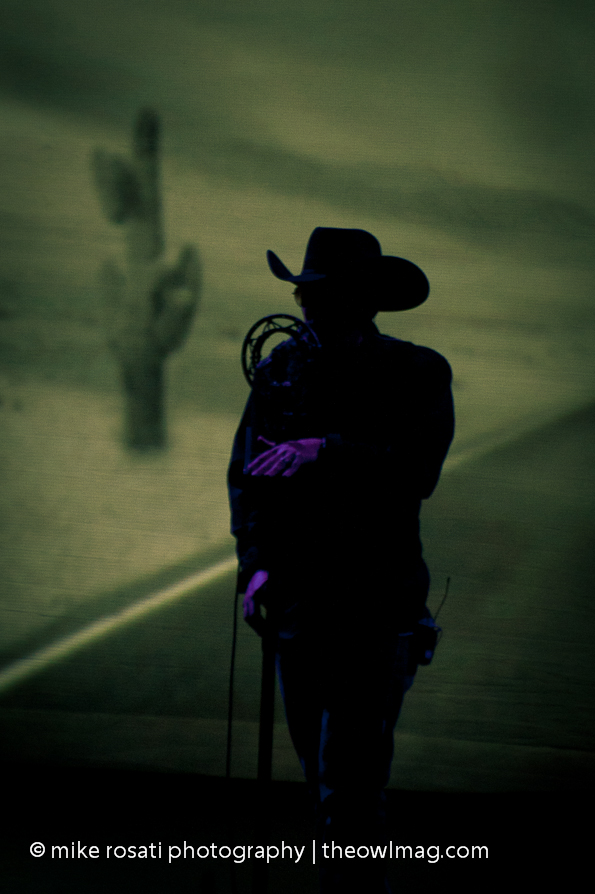