Let’s begin our regularly scheduled Pulp review with a Craigslist style missed connection: “Cute girl that was carried out by her waist by security, who then slapped security when she was set down: you were only two songs into the set and you missed one hell. of. a. night.”

A reunited Pulp took the Warfield stage Tuesday night to a sold out crowd, performing for the first time in San Francisco since their 1996 stop in the Bay at Bimbo’s. Veteran fans as well as new fans of the Brit poppers were sexed up by frontman Jarvis Cocker, who at nearly 50 had more energy and charisma than frontmen half his age. 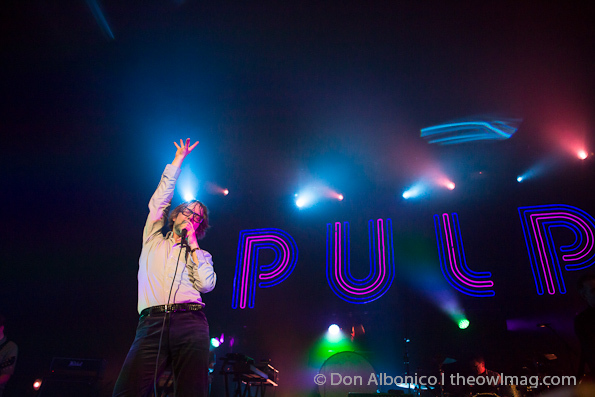 For a solid two hours Pulp played songs from all stops of their career, as if their near-decade-long hiatus was just a distant memory. Cocker is the type of frontman who easily slithers and contorts on stage as he sings and banters, filling every moment and square inch of his time on stage.

The evening’s setlist was perfection, seemingly catered just for us that night, and Cocker was telling us stories that he’d never told anyone before. Seeing Pulp is like feeling the love of being with 2,200 of your closest friends, but as soon as Cocker opens his mouth, you’re the only one in the room. Especially with the willowy Brit is leading into “Pencil Skirt” with a dirty afternoon fantasy of climbing under your desk when he’d been called in to service your computer. 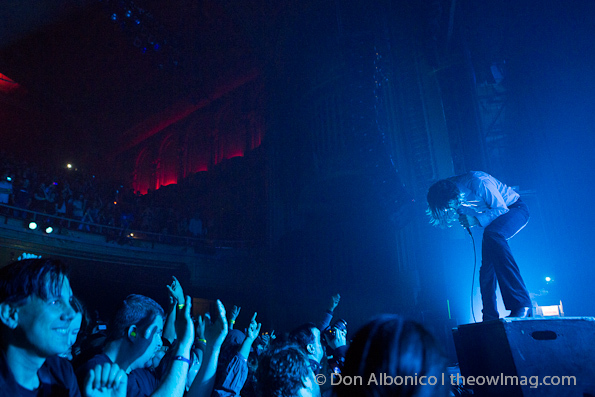 While Pulp favorites like “Disco 2000” and the ever-haunting and sensual “This Is Hardcore” had the crowd screaming and dancing, odd little teenage love songs like “Babies” had us all in ridiculous fits. He took a sip of his beer and passed it to the rest of us to share. He rubbed someone’s brassiere all over his face, remarking on its sweet smell. Such a lovable weirdo.

Cocker and guitarist Mark Webber, keyboardist Candida Doyle, bassist Steve Mackey, and drummer Nick Banks were a sonic explosion, old hats at entertaining, yet still so fresh. The performance packed a remarkable laser show, allowing Pulp to banter with us before they even began performing. Please, Pulp, don’t ever leave us again.

Pulp’s final song and message to us? “I wanna live with common people like you.” 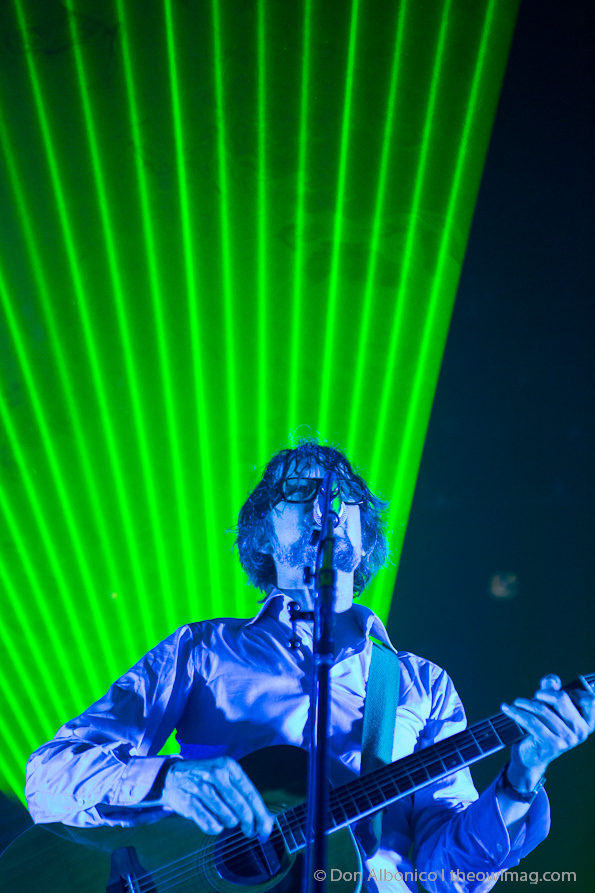 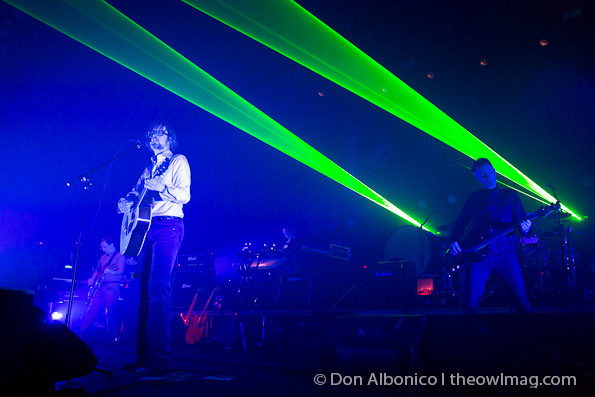 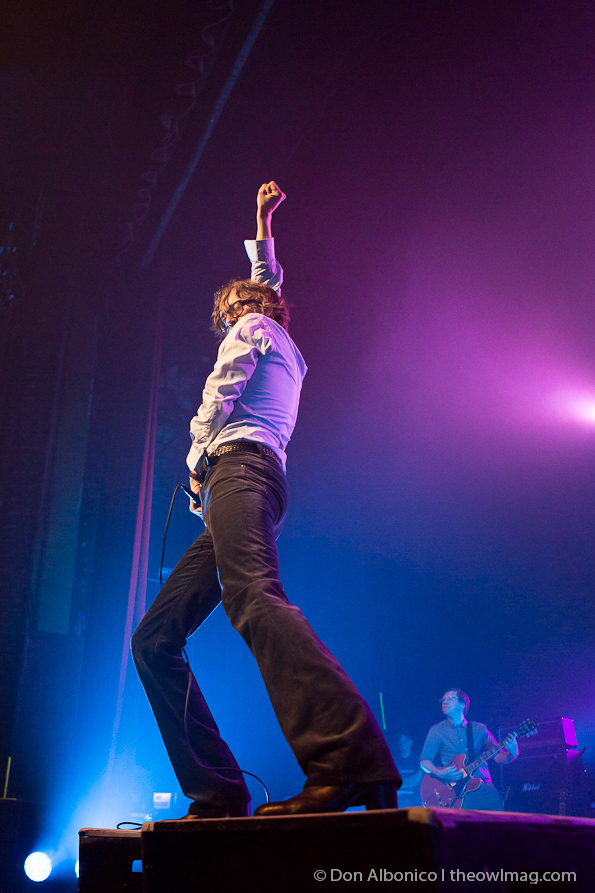 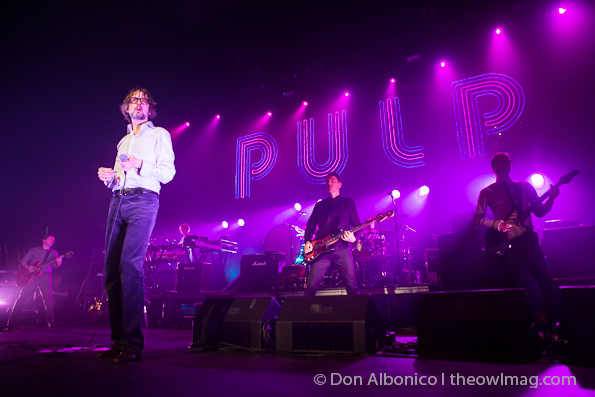 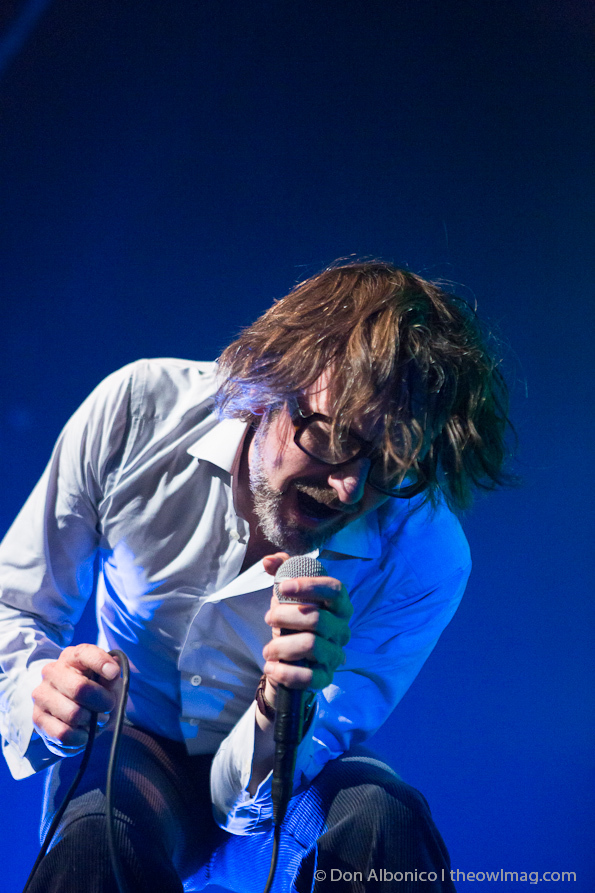 Click here for more badass photos of Pulp at The Warfield.