Every year the mega car manufacturer Honda puts together a tour to promote their latest model. The tour usually consists of the most current buzz bands (think Fall Out Boy, Blink 182, Linkin Park). Luckily for us this year’s tour consisted of Grouplove with co-headliners Portgual. The Man. 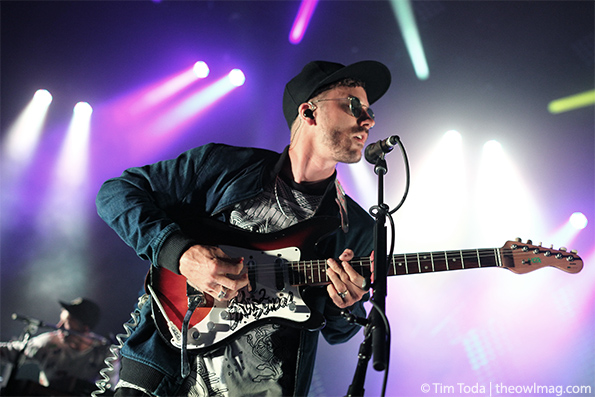 The Greek Theatre is by far the biggest stage we have ever witnessed the soulful psychadelic tunes of Portugal. The Man. Of course, with the new environment some questions would come into play. Like, how would the band adjust to the bigger setting? Or how would Grouplove’s hometown respond to the co-headliners.

The band started their set with “Purple Yellow Red And Blue” and it was immediately evident that a lot, if not the majority of the crowd were there to see the Alaskan natives. This kind of warm response gave for the perfect set up – the Greek being an outdoor venue with trees all around, the cool summer breeze, and a bunch of strangers singing in sync with the group. Although the setlist consisted mostly of their two last records Evil Friends and In The Mountain In The Cloud they did a great job sneaking in some of their older, more popular songs. 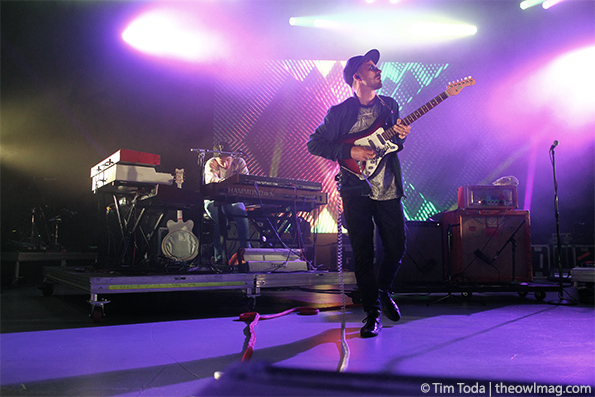 The entire performance played out like that of a river flowing. Some parts being calm and subtle, while at other times the pace intensified. A good chunk of the songs were blended into each other, creating a longer effect of euphoria and maintaing the energy in the theater the entire time. “Plastic Soldiers” blended into their cover of “Dayman”, then into “So American”. 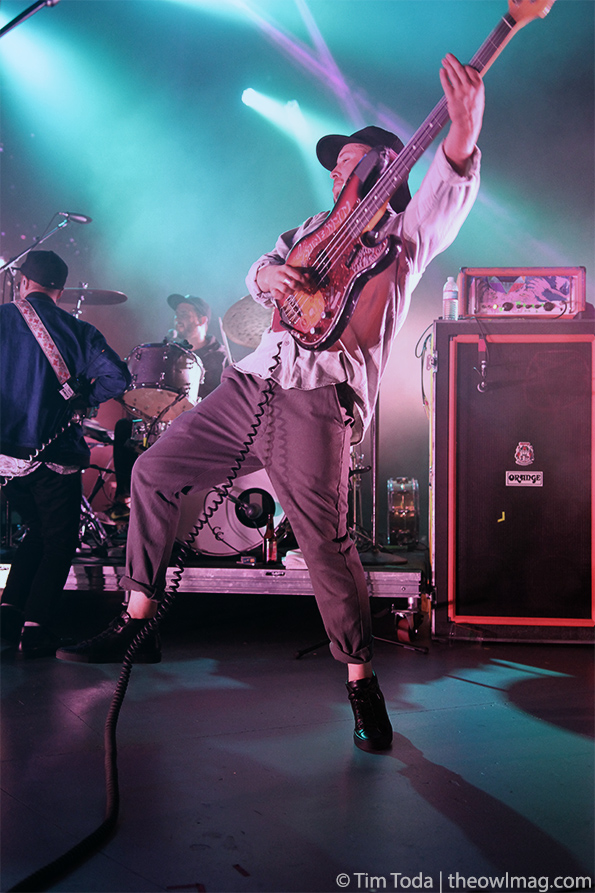 This feat was again effortlessly done when they played “People Say” that mixed into their cover of Oasis’s “Don’t Look Back In Anger”. Bassist Zach Carothers, took a minute to say, ”We’ve been on tour with Grouplove for about a week now. And we fucking love those guys!”, before going into “Atomic Man”. The band played on, using their time wisely by trying to play as many songs as possible. The band’s performance was impressive as always, leaving a mixed bag of emotions behind. A mixed sense of nostalgia and pride could be felt. Nostalgia at thinking of where this band started, playing their take on prog rock in tiny dark clubs. The pride from seeing them co-headline one of the bigger and most historic L.A. venues, owning every minute of it. 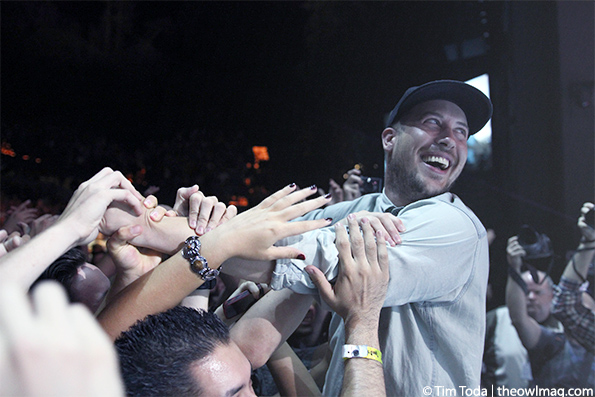 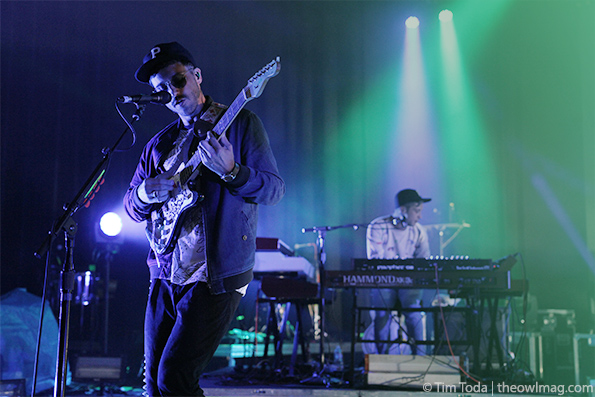 View a full photo gallery of PTM’s performance at the Greek HERE!