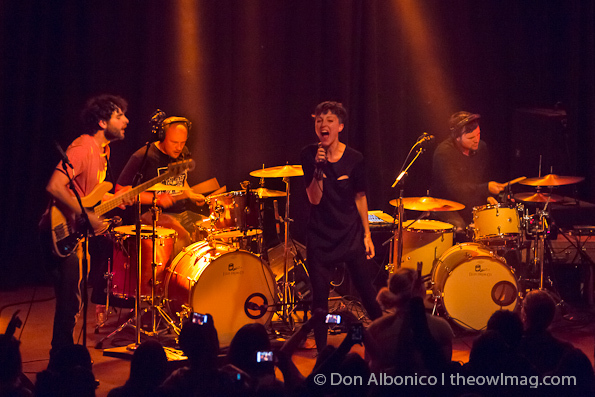 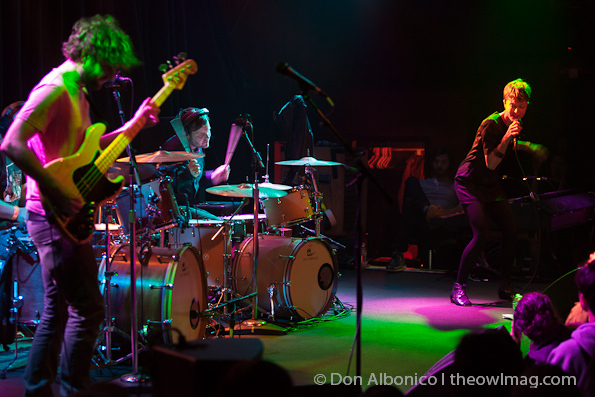 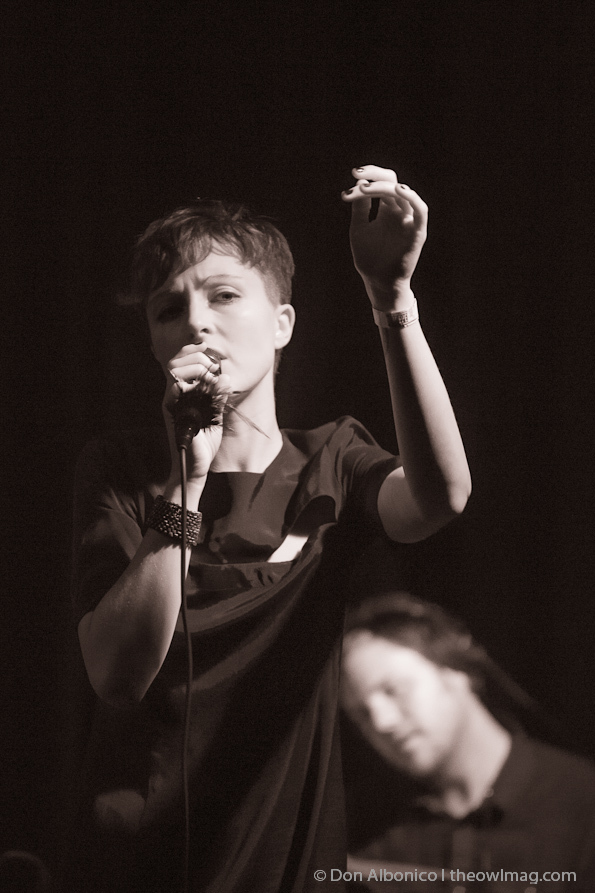 Opening with the audio synthesized “I See My Mother,” Leaneagh got comfortable in front of the crowd swaying to the song’s underlying rhythm of Give You The Ghost‘s second track. Yes, the band’s debut album is replete with auto-tuned vocals that can, at times, distort to the point of inaudibility. The noticeable difference in Leaneagh’s live vocal performance was the downplayed use of her Helicon box which allowed her mantra-like vocal repetition to feel more sincere rather than cold and robotic. About halfway into their set, the band debuted some new material seemingly influenced by Leaneagh’s affinity for listening to world music while on tour. Drummers Ivascu and Christopherson were the masters of mood creation banging out rich textures on “Dark Star” and “Amongster” that grounded the band’s R&B vibe. Bierden’s bass lines were the only other melodic counterpart to Leaneagh’s vocals in a rhythm dominated soundscape. Because so much of Poliça exists in that lower range, a vast amount of sonic space exists above that heaviness for Leaneagh to explore in live performances. It can be a rare occasion for a band to actually sound better live than on their album. Poliça’s performance on Monday night was one of those rare instances where the live performance unquestionably surpassed the packaged product. 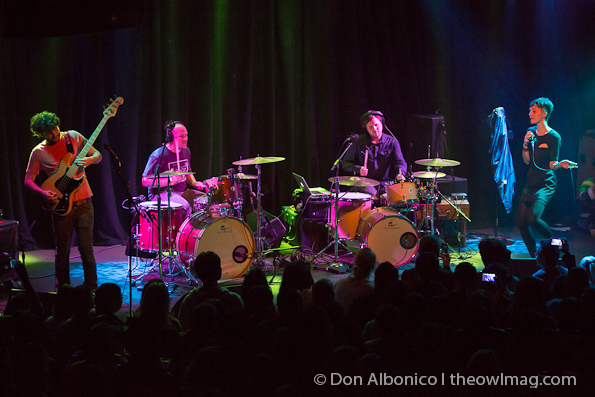 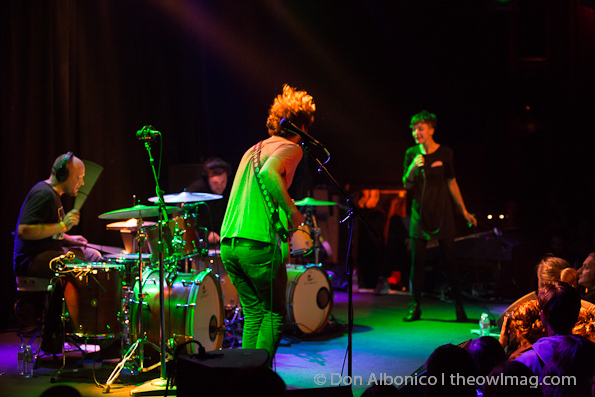 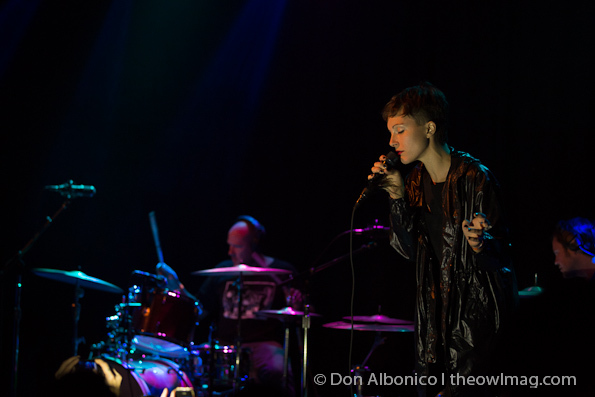 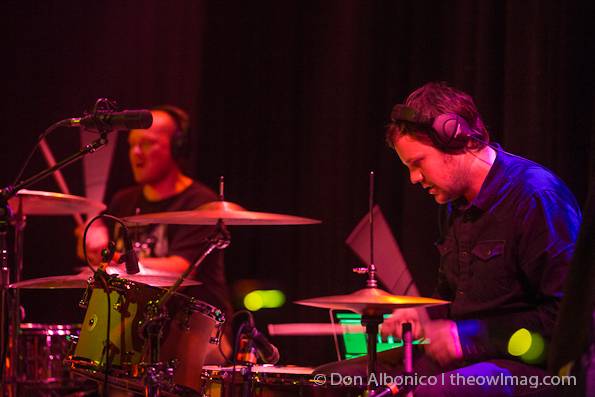 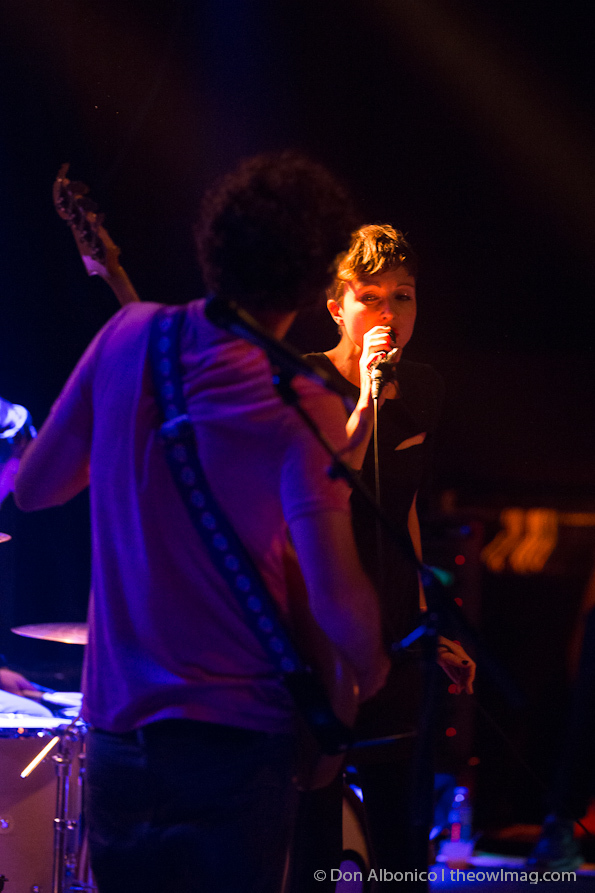 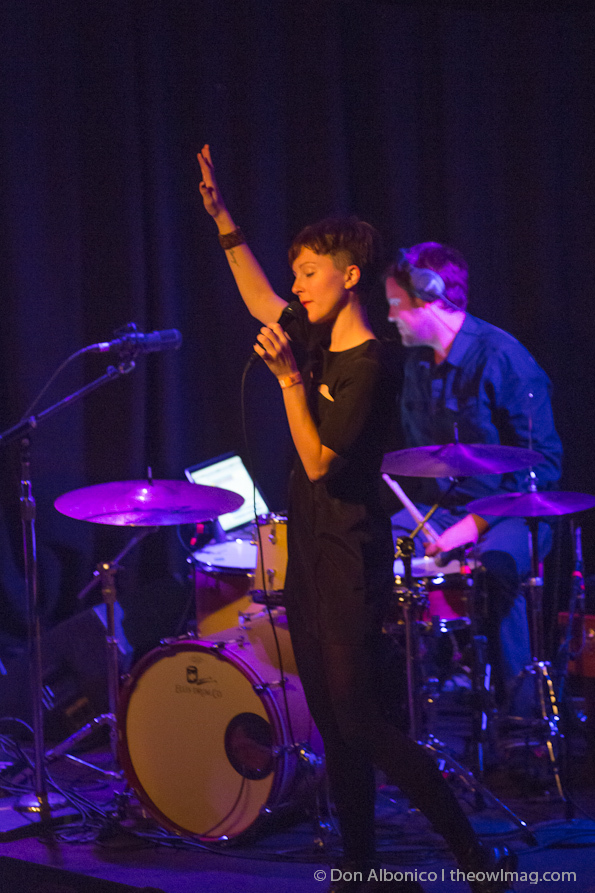 Click here for more photos of Poliça at The Independent.