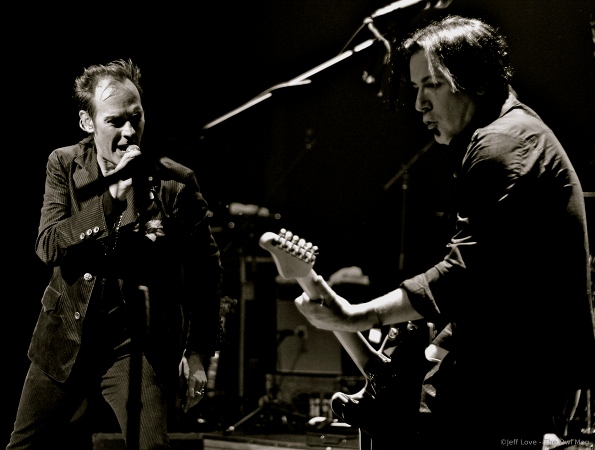 When Peter Murphy announced a string of shows in support of his newly released solo album, Ninth, fans threw on their cemetery best and flocked toward the fog. And for the Gothfather, that meant going the distance by driving to the seedier parts of Downtown LA., giddy-upping it to Pioneer Town, and schlepping through the sassy streets of WeHo.

The Troubadour is one of those venues where I spent many a night when I was young and full of might. Sweating in place was never a concern and strangers rubbing-up against me was hardly too close for my comfort. Nowadays, sweat is like the plague and strangers within five feet of me heightens my claustrophobia. This particular night was comfortable. The crowd was tight in the center while scattered toward the back and side stage. 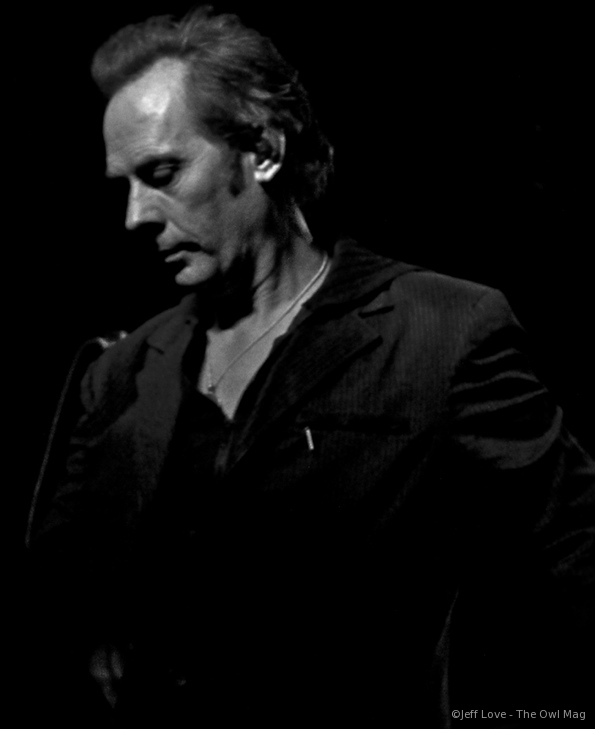 As the band made way toward the stage, the crowd cheered with anticipation. Peter Murphy did his signature slow-motion strut to “Burning From The Inside” intro in his usual black attire and proceeded straight into “Velocity Bird.” The set didn’t start off on a good foot, however. There were serious sound issues and it was apparent the singer was not too happy about it. The audience didn’t seem to really mind, since Murphy took some time between songs to banter with fans, even stating to one fan that he may touch his breast.

The sound quality continued to be less than perfect as Peter Murphy went on to perform “I Spit Roses,” “Seesaw Sway”, and the crowd favorite, “Memory Go.” The singer grew even more agitated with the sound technician but kept it humorous and carried on with a short story about running into Twilight actor, Billy Burke, at his hotel. A few moments later, the actor was singing “Silent Hedges” along side Murphy. Burke also did a moving rendition of “My Last Two Weeks” which had Murphy deeply submerged in his keyboard. While some fans stood with sour looks on their faces, I secretly cheered for Team Charlie. What?! 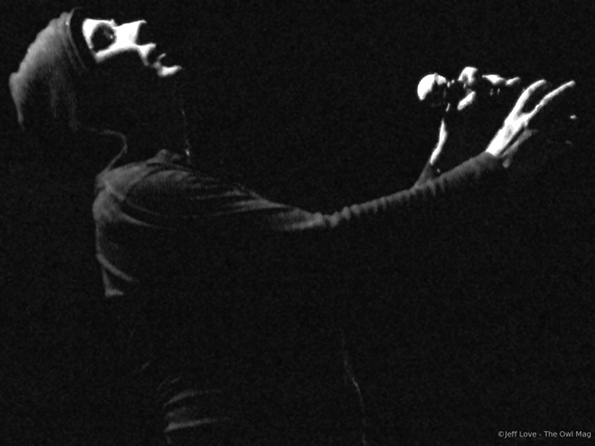 Miraculously, the sound improved and Peter Murphy amped up with a cover of The Stooges’ “Raw Power.” As his energy escalated, he decided to climb the lighting pole, which was my security station throughout the night, and at some point his foot made contact with the side of my face. It was a 3-second whirlwind of confusion, bliss and ultimately, throbbing pain. I literally felt his “sole” and for what it was worth, I’ll take that as a public display of affection.

The encore included Bauhaus’ “Stigmata Martyr,” “I’ll Fall With Your Knife,” new unreleased track “Gaslamp,” and NIN’s “Hurt.” For this being the final show of the tour I was a little disappointed that he didn’t crank out more songs, especially Bauhaus songs like he did at the Mayan Theatre in LA and Pappy & Harriet’s in Pioneer Town. But the experience was much more rewarding this time around – swollen cheek and all. 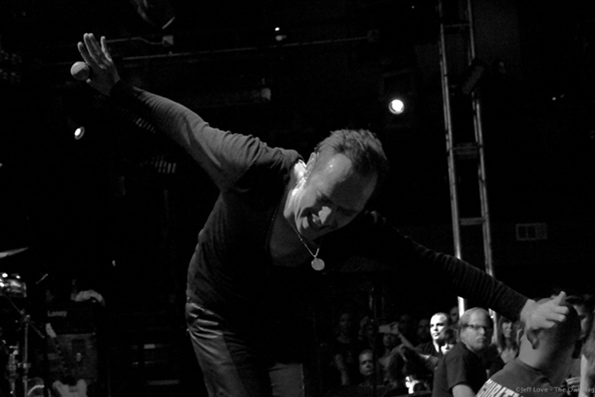