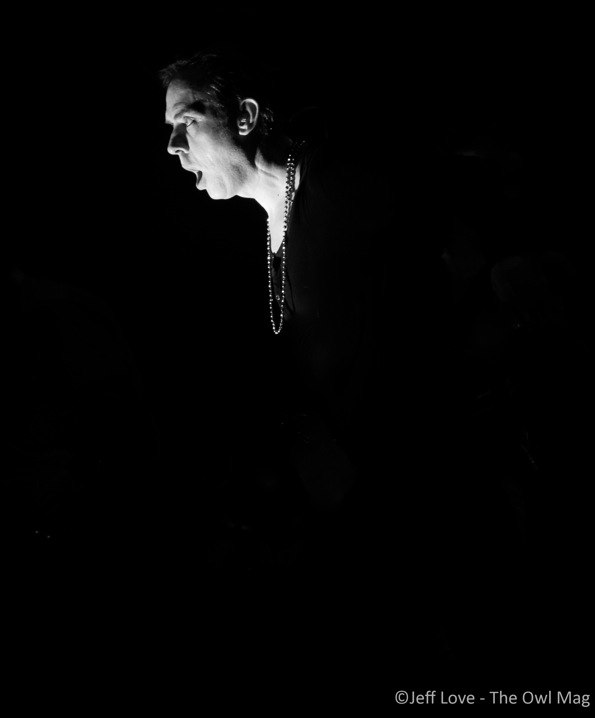 The Mayan Theater had the right amount of mystic and sinister ambiance befitting of former Bauhaus frontman, Peter Murphy, and the congregation of spooky characters in the audience. The venue was chilly and gusty, it almost felt like I was watching a concert in a cemetery.

The stage was dark and eerie while the audience grew eager and restless. Within moments, the “Godfather of Goth” transpired in a fitted black jacket with a bright pink flower on his breast pocket. “Zikir” chants echoed throughout the room and the sea of devoted fans pressed forward to be near their cheeky poetic idol. 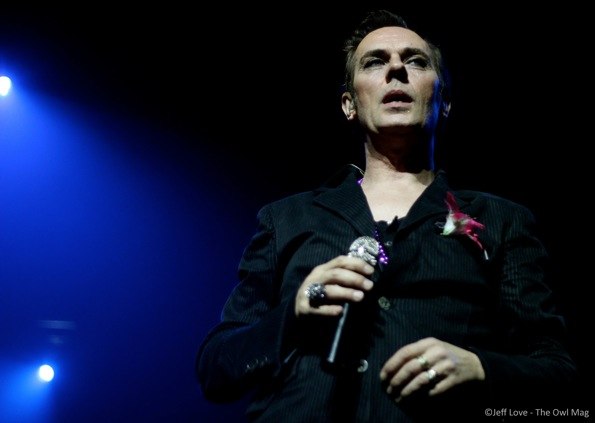 “Low Room” off the 1992 album, Holy Smokes, had Peter Murphy walking in circles, swaying back and forth, swooping low like a bat in mid flight — all part of his wicked interpretive dance routine. Gears shifted to the heavy rock sounds of “Peace to Each,” which had Murphy digging deep into his signature sexy baritone voice, reaching out to the audience in a roguish and playful manner. 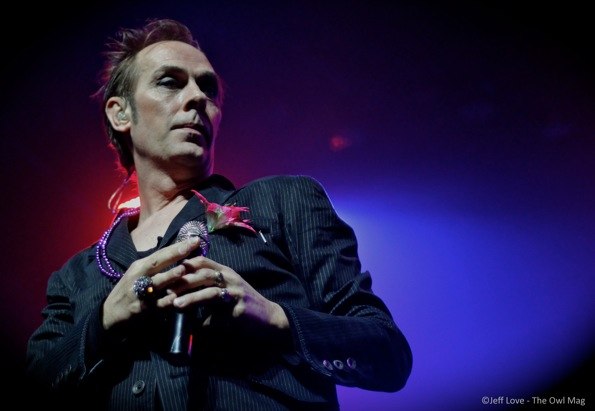 As the crowed cheered and praised the singer with terms of endearment, Murphy accepted, confidently stating “I DO look good. Fuck the songs! Let’s talk!”

Iggy Pop & the Stooges’ “Raw Power,” was next on the list to the pleasure of the audience. A great “cover” by Murphy and his band, however, when asked to play Bauhaus songs, he merely suggested, “If you want Bauhausâ€¦look here,” pointing at himself. He did end up performing a few Bauhaus songs throughout the night; “Silent Hedges,” “Burning From the Inside,” “Stigmata Martyr,” and “She’s In Parties.” 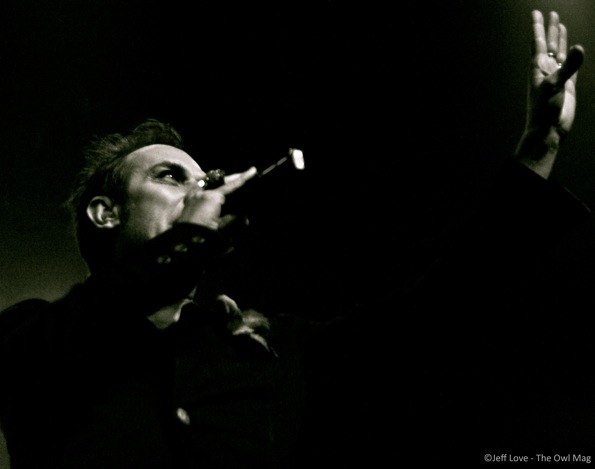 The most powerful songs that stirred the audience were from Murphy’s solo collection, which included “I’ll Fall With Your Knife,” “The Prince and Old Lady Shade,” and “Cuts You Up.”

Peter Murphy’s heartfelt rendition of Nine In Nails’ “Hurt” was notable while encore songs “Too Much 21st Century” and “A Strange Kind Of Love/Bella Lugosi’s Dead” mash-up struck the right chords for those still pining for more Bauhaus. 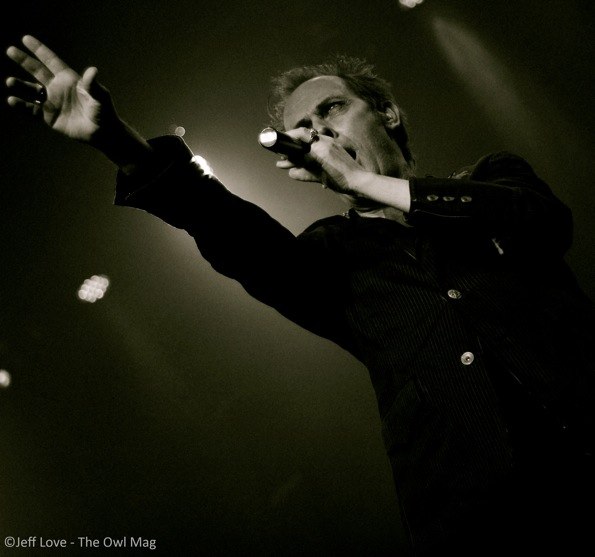 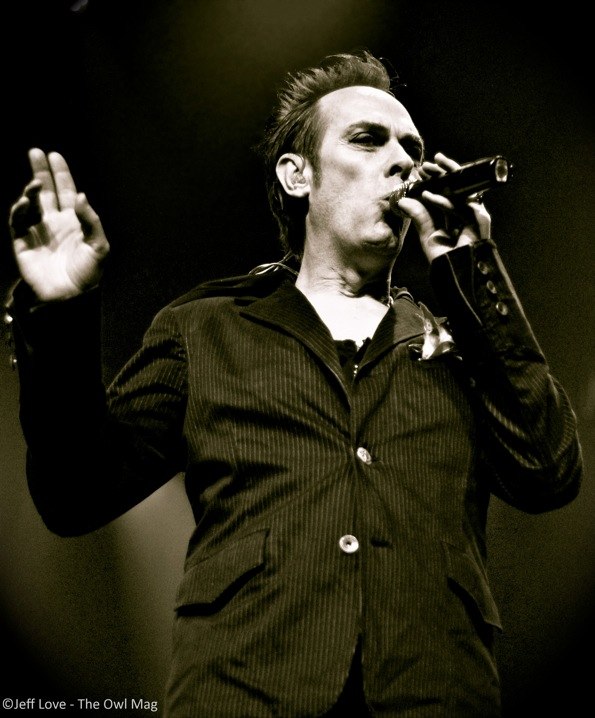 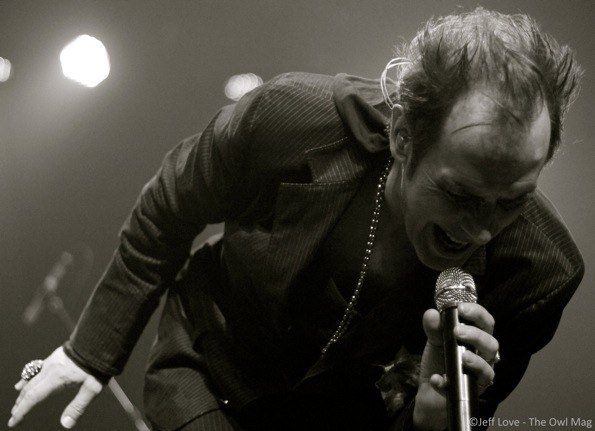