The El Rey seemed a bit empty upon entrance, especially for a Saturday night. Fortunately we were there to witness Palma Violets‘ mind shattering exhibition of pure rock ‘n roll goodness. The lights dimmed on stage as many rushed to the front to get a better view. As the curtains opened revealing Palma Violets’ merch guy and longtime friend Harry Violent standing in front of a mic stand. He began urging those in the back to move closer. Saying, “History was never witnessed from fifty feet away, gather closer,” then explaining that it was their last night of the tour (club shows that is, as they made a stop at Treasure Island Music Festival the following day) and that it was up to us to make the night special. 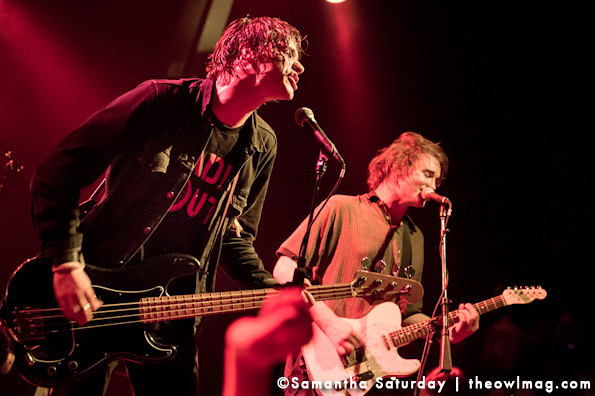 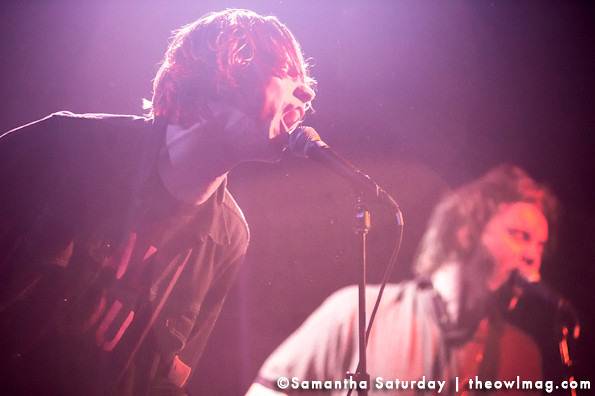 As Palma Violets took to the stage, bassist Alexander “Chilli” Jesson quickly said “Hello LA,” before launching into the Joe Jones cover “California Sun.” The song set the perfect mood and the crowd unraveled in joy with every passing second. The band continued straight into “Rattlesnake Highway,” the crowd chanted along to the beginning of the song. The mosh pit that ensued had both men and women jumping around wildly, bumping into each other. The smiles on everyone’s face resembled that of children having fun in a bounce house. 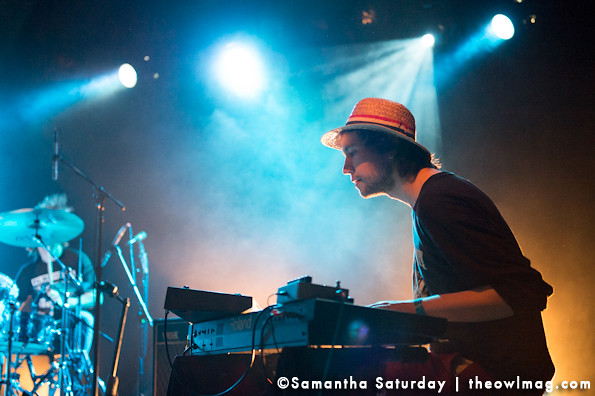 As keyboardist Jeffrey Mayhew began to play the intro to “All The Garden Birds,” Jesson encouraged everyone to get closer, saying “I want to feel you.” Guitarist Samuel Fryer’s vocals were perfect on every song, closed eyes while strumming his guitar, as if in deep concentration. The set of songs were loud and reckless, while also being beautiful and a true testament of what rock ‘n roll music is all about. Jesson spent the majority of the evening bouncing around stage, striking some impressive rock star poses. He also occasionally teased the women in attendance by swaying his hips back and forth. 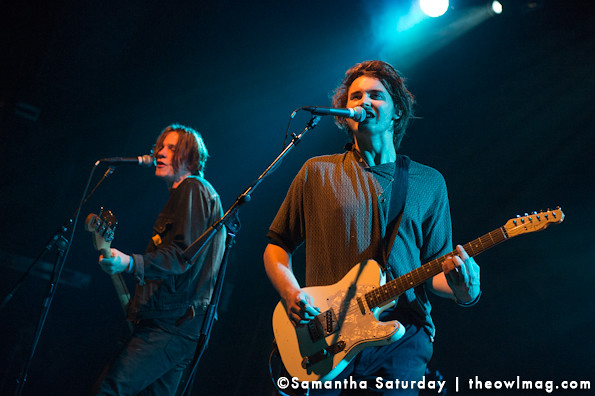 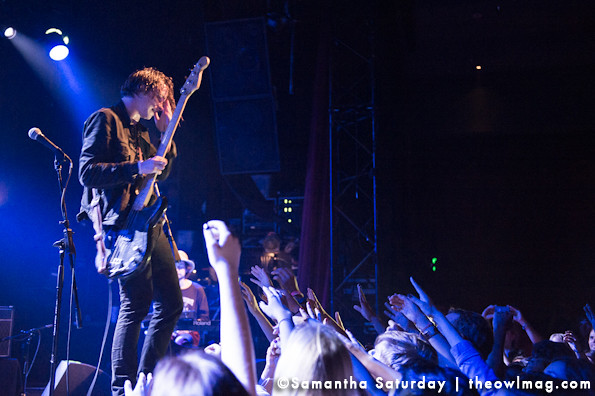 The energy in the venue only intensified during “Chicken Dippers,” Violent could be seen dictating the mosh pit, making everyone wait for the explosive chorus to begin jumping insanely again. Their setlist was compiled by a majority of the songs on their excellent debut album 180. Towards the end of “Step Up For The Cool Cats,” PV’s tour manager energetically came out dancing on stage playing the maracas. Even swiping Mayhew’s hat then jumping into the crowd. In between songs, Jesson walked over to the drum kit and began blatantly smoking a cigarette. Strutting around stage, posing for the cameras, as if giving a big middle finger to the man (in California it is strictly prohibited to smoke indoors). 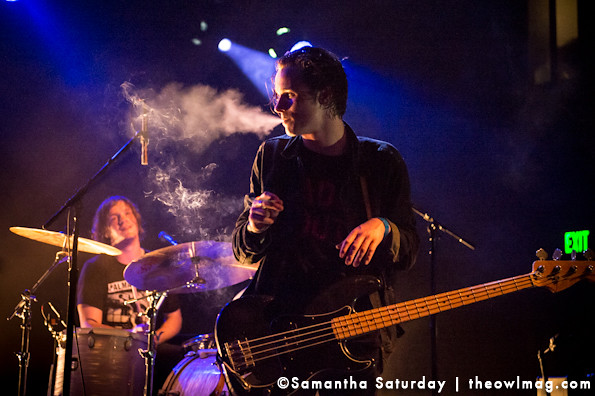 The band ended their set with a new song which was a very heavy bass picking tune. The band came out for a brief encore, displaying the same energy as the beginning of their set and the crowd mirrored the sentiment. Palma Violets’ performance is almost unexplainable, it’s a rock spectacle that every fan of the genre should experience.