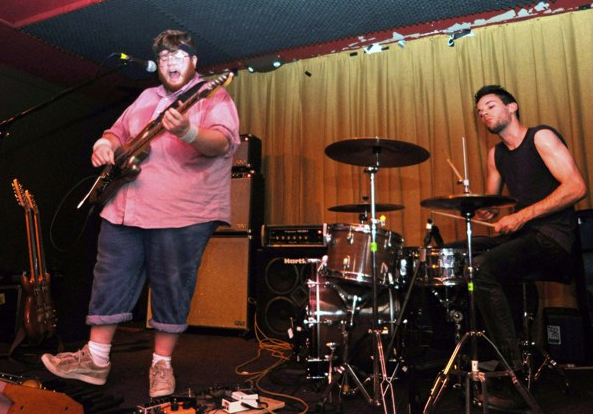 It’s not often that you walk away from a show featuring a duo with your ears ringing. That’s exactly what you get with P.S. I Love You. The rockers from Kingston, Ontario make more noise than any two people should be able to make.

They brought their raucous sound to the Hemlock Saturday night. The little room could barely hold them. Paul Saulnier proudly keeps the art of good old fashioned shredding alive, even going so far as to rip the hell out of a double-neck guitar. Benjamin Nelson kept a rock solid beat throughout the show, making the blistering, feedback drenched guitar danceable. Saulnier’s voice is reminiscent of Carey Mercer of Frog Eyes or Spencer Krug of Wolf Parade, that kind of it’s-so-weird-it’s-good sound.

They powered through a short set of songs without taking so much as a breath. With rattled brains and ringing ears, the fans spilled out into the bar trying to remember the last time they had been rocked so hard, and wondering why no one shreds like that any more. Well now we have P.S. I Love You. 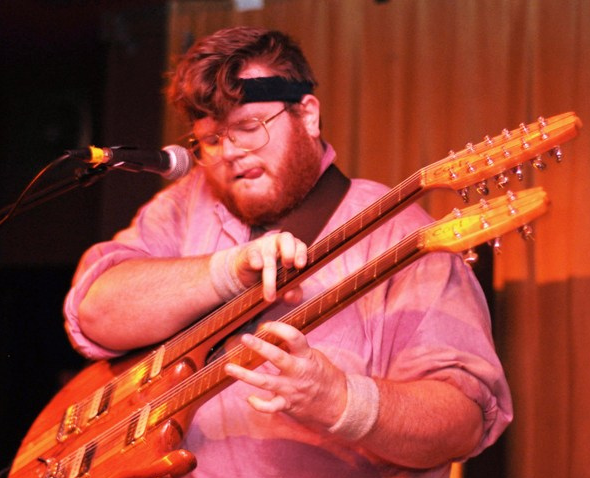