BEST OVERHEARD AT OUTSIDE LANDS: “Do you think it’s weird that it’s mostly only white people here for Big Boi?”

After a freezing first day at the park, how glorious it was to encounter a little sunshine and warmth throughout the day. This bright and mild backdrop was just perfect for experiencing SF’s own Geographer live for this Owl’s first time. While the trio’s sound was definitely dancy with a ’70s nod, we so appreciated being able to still rightfully call them a rock band. That is precisely how they performed, with a fabulous balance of party and substance. Also, we must say we are officially in love with the lithe and lovely vocals of Michael Deni. Not since hearing Dredg‘s Gavin Hayes for the first time has a male voice managed to tap a deep vein inside us. 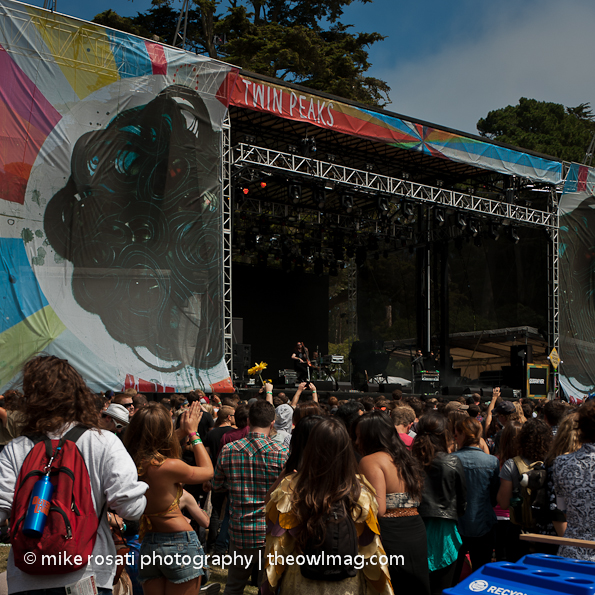 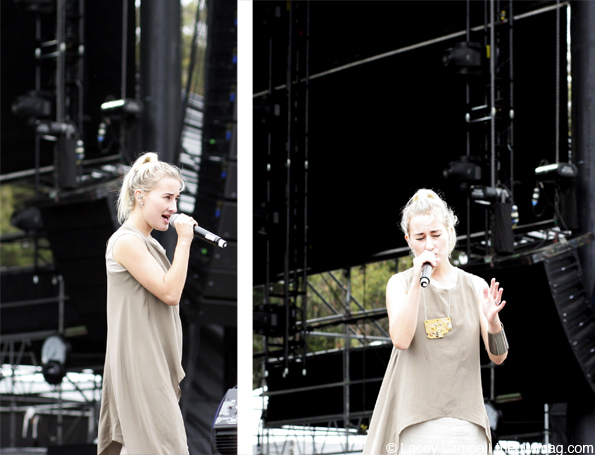 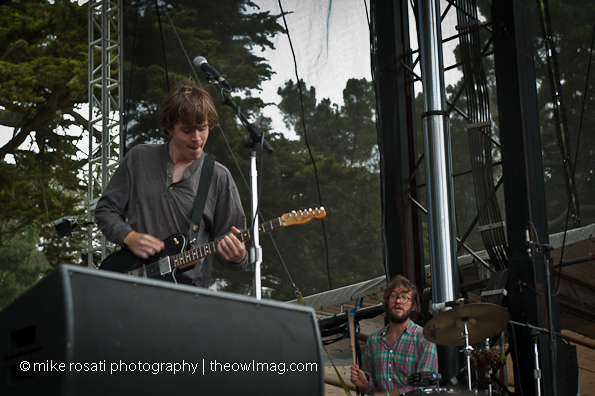 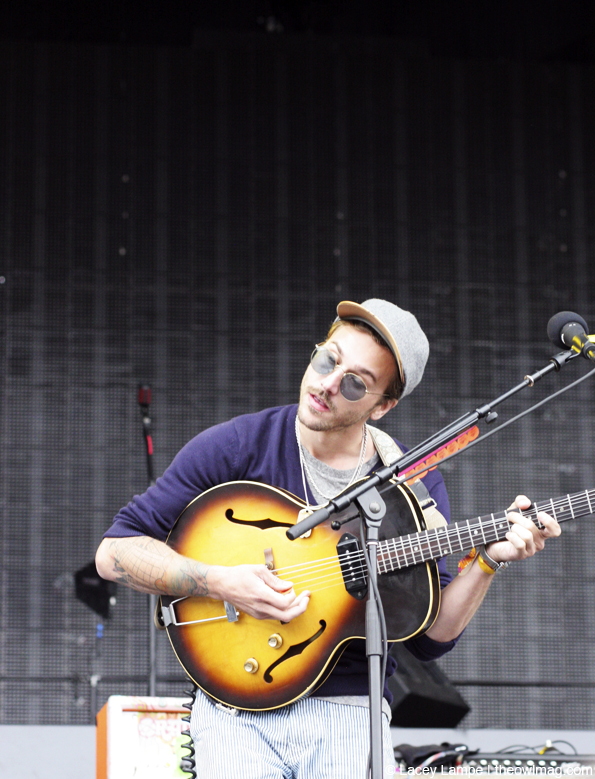 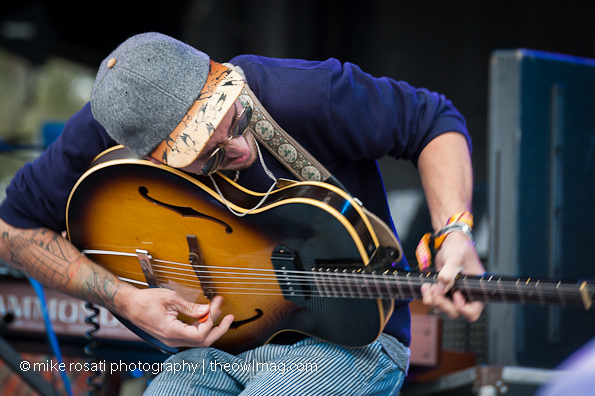 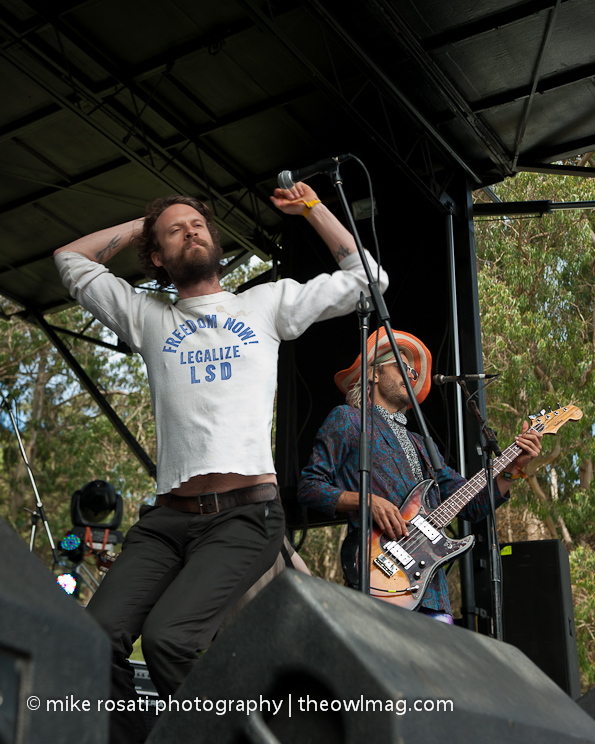 If anyone could have charmed the sun through the fog, it would have certainly been London native Michael Kiwanuka. This young newcomer was all smiles and sweet acoustic soulful songs, delivering tunes like “I’ll Get Along” and the Otis Redding-flavored “Tell Me A Tale” with which to stare up at the clouds. 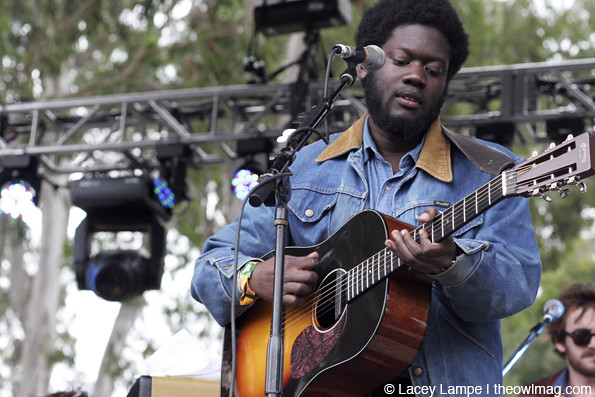 From the Panhandle stage we moved over to Twin Peaks to see Big Boi, one half of Atlanta’s biggest hip-hop duo Outkast. Last year we saw Big Boi’s people apologizing, but still backing out of their Outside Lands performance due to technical difficulties and time constraints. When Big Boi hit the stage at the minute he was scheduled to, the audience was overjoyed for the biggest hip-hop set of the festival. He promised to “not do it unless we’re going to do it right… so let’s rock this motherfucker!” His set was a near hour jam-packed full of Outkast hits like “ATLiens” and “Ms. Jackson.” Highlights of the set were the sheer speed and awesome of Big Boi’s “Ghetto Musick” and crowd favorite “The Way You Move.” 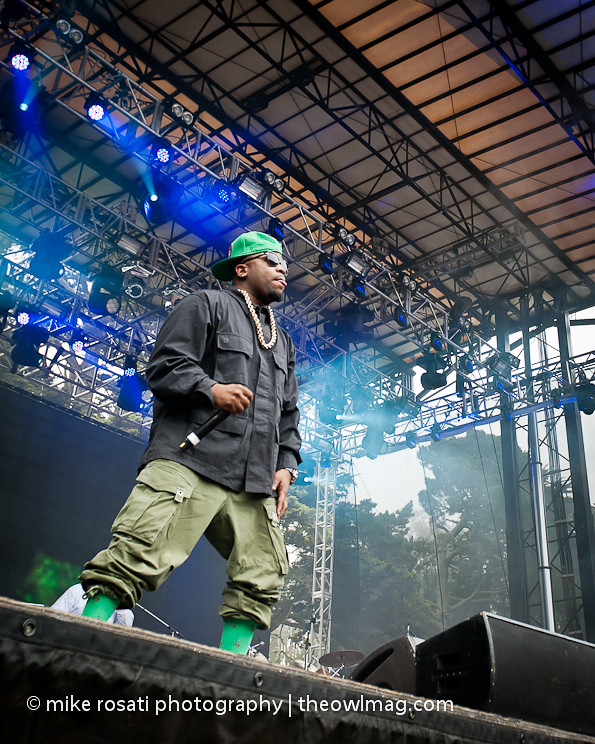 We also got to visit hometown performers Thee Oh Sees who were a figurative explosion of energy on the Panhandle stage. Lead singer John Dwyer led the four through some rigorous paces bringing flavors of Brit punk heyday with some seriously made-for-2012 psychedelia. We especially enjoyed how Dwyer and bassist Petey Dammit lit up when we cheered at the very recognizable beginning of “The Dream.” When Dwyer wasn’t shredding his guitar and licking his mic, we saw him pick up a bottled beer with his mouth and chug it back as he continued playing. Punk as fuck. 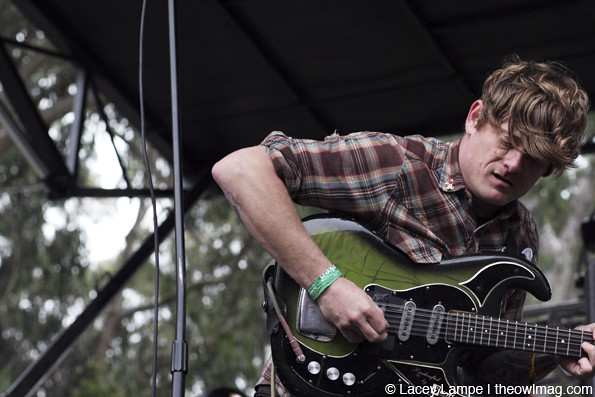 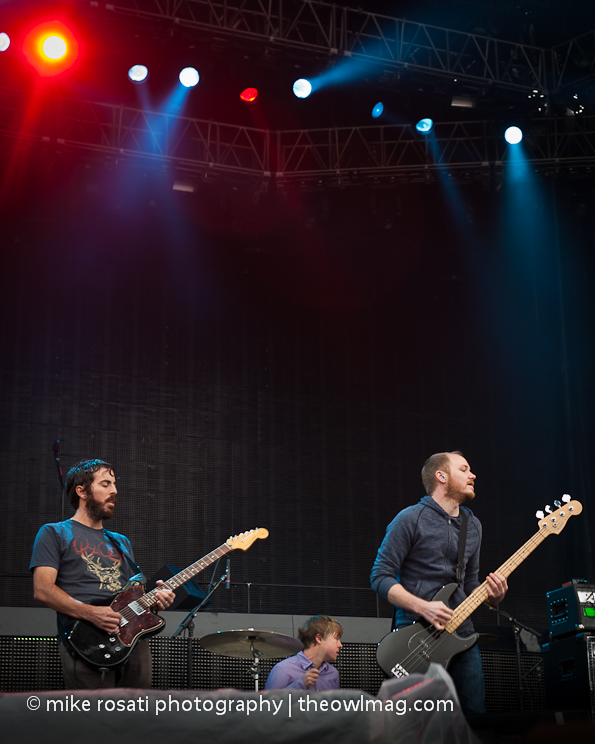 Explosions in the Sky 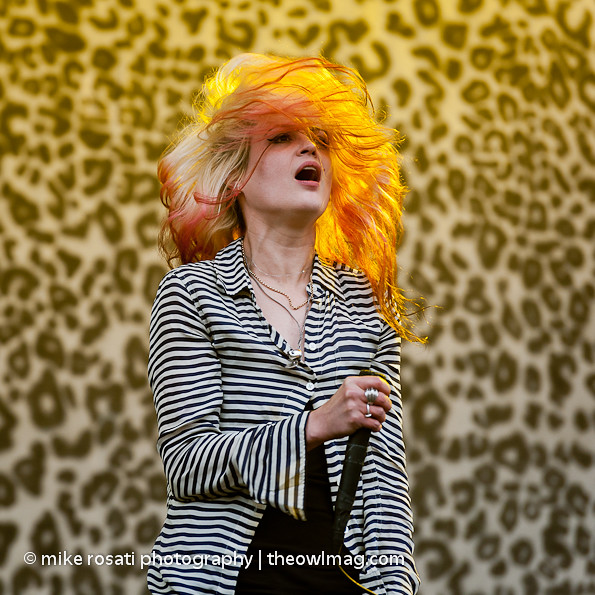 We caught the last few minutes of The Kills as they closed their set with “Monkey 23” at Land’s End, and then took a peek at the flood of people across the hill at Sutro watching Norah Jones. Finally we returned to Twin Peaks to dance with Passion Pit. The band rounded out their set with “Sleepyhead,” which had everyone slinking and bending to their gorgeous, twinkling electro-pop. 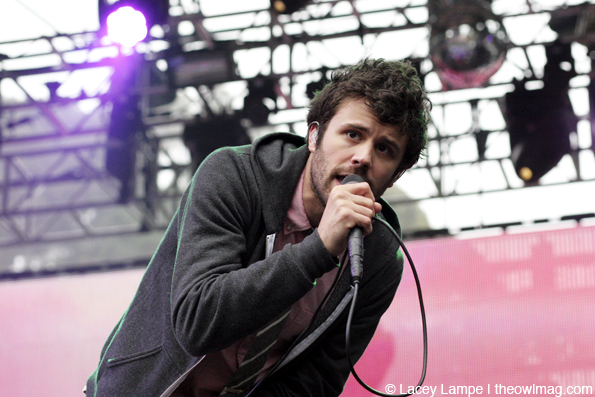 Later in the day, it was time to catch the ever-elegant Norah Jones. Jones’ sound was, as always, impeccable live and it was almost sad to see her on the smaller Sutro stage. An act like Norah Jones, which is more on the mild side for a festival such as this yet still a big name, should have been on the main stage. She really could have used the jumbotrons since the Sutro floor was absolutely packed and visibility was terribly difficult. Acts like Explosions In The Sky or even The Kills could have switched stages with Jones and had just as successful a set. Bad decision OSL! 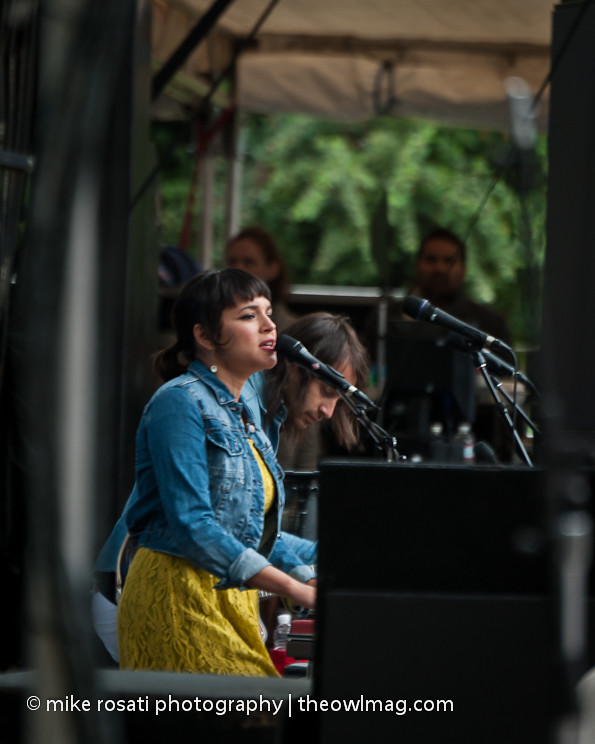 Rounding out Saturday night, we had two absolute opposites contending on each side of the park. This Owl ignored her inner angry teenager, which meant no Metallica, and instead chose the Icelandic land less traveled: Sigur Rós. While we do enjoy the over-the-top productions involving fire and lazers, Sigur Rós’ minimalist approach to performance in favor of creating a dreamscape solely with sound was refreshing. No singing along necessary, just allowing oneself to be swept away and cradled by Jónsi’s ethereal and haunting vocals was a vital experience. 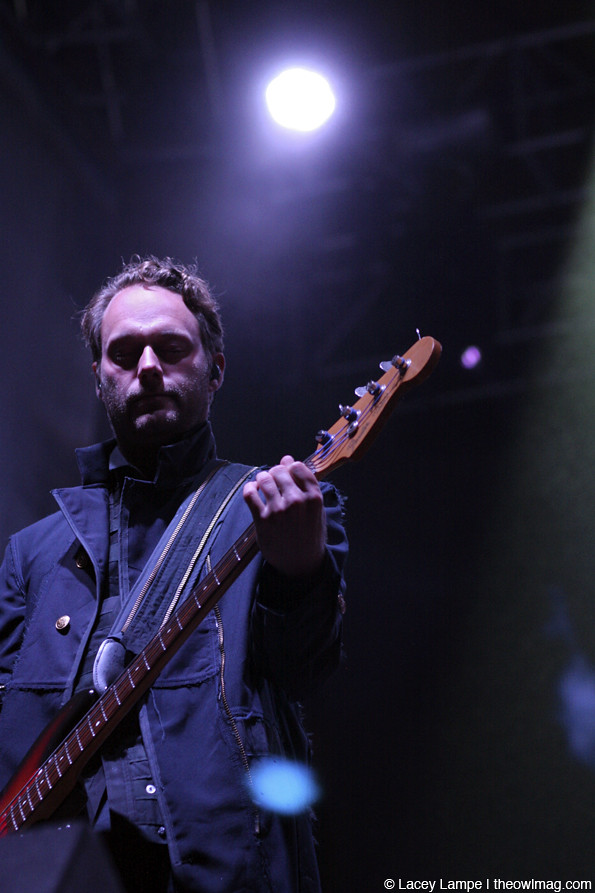 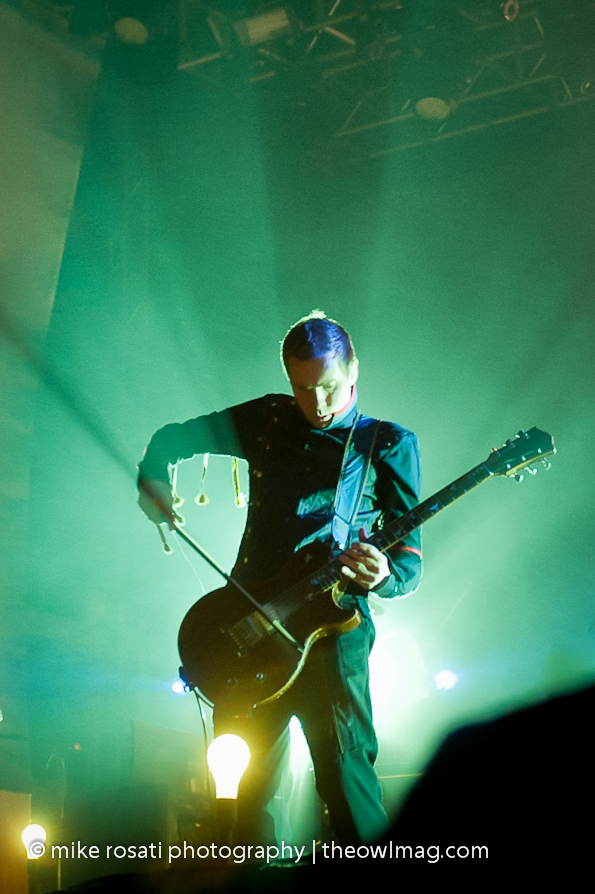 This Owl ended the night with Metallica which really never disappoints even if you aren’t particularly a Metallica fan. Twenty years from now, seeing Metallica live will become just as much of a bucket list item as seeing The Rolling Stones live even if you never really gave a shit about them! Their handlers will just drape them in leather, roll their old bones out on stage, set off a few explosions and bam — $300 bucks well-spent. However, being a Metallica fan did clue us into some key differences between this and other Metallica shows — the biggest being the crowd. 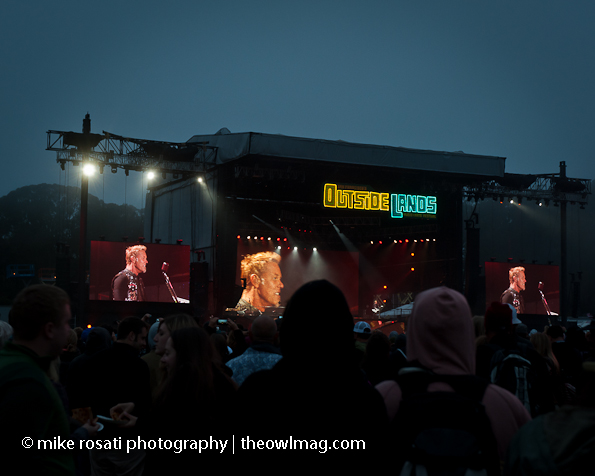 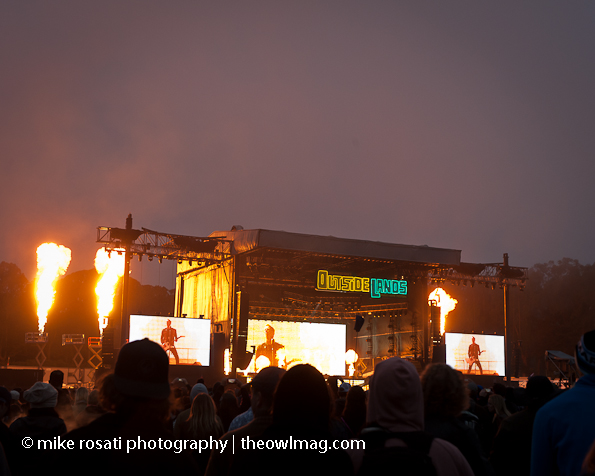 Obviously a festival is a mixed bag of fans, but by the lacking amount of crowd participation, there were very few “real” fans in the house. This changes the experience considerably but nonetheless, it was refreshing to see some obvious dance pop fans completely lose their shit to some metal. Definitely more of a united vibe than you would get at Coachella, and for that we say thanks!