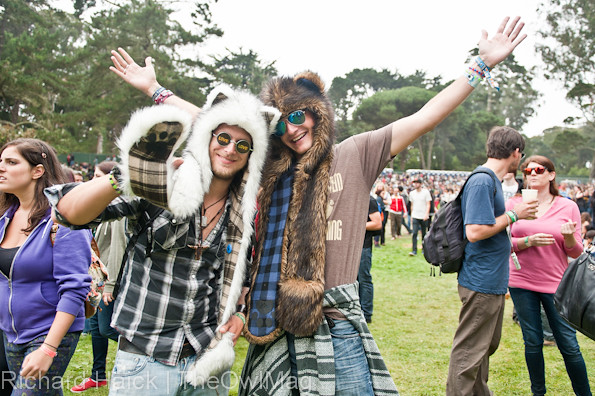 Our feet may be blistered and our faces may be sore from screaming and sunburn, but if you made it all the way to Arcade Fire for the last day of Outside Lands, you know that the whole experience was magical.

The sun was brightly shining as music-lovers trickled into the festival on Sunday, everyone seeming a lot slower to saunter down to see San Francisco’s The Fresh and Onlys on the Sutro stage. We get it: folks were a little tired after a night full of Muse on Saturday. But this hometown band wet our feet for the rest of the day with their easy brand ’60s surf-tinged pop. 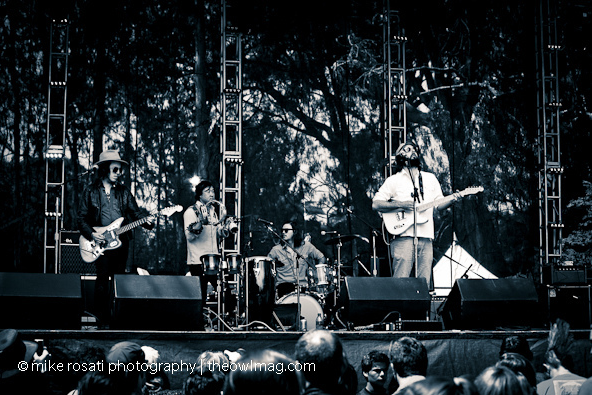 We visited the completely solar-powered Panhandle stage to see L.A. up-and-comers Lord Huron, who seem like a natural fit if bands like Vampire Weekend are your thing. We love the lush sound and charming harmonies of this band and especially watching that madman of a drummer Mark Barry. Lord Huron is like the perfect bridge to electronic music for music fans that prefer the more traditional lineup of guitar-bass-drums setup.

At the Twin Peaks stage the party was in full effect with !!!, whose gregarious frontman Nic Offer pumped up the crowd with sweet dance moves and short shorts, bringing even the onlookers lounging on the hill to their feet. We especially loved their cover of Prince’s “Extra Loveable,” which they have plans to record in the studio soon. 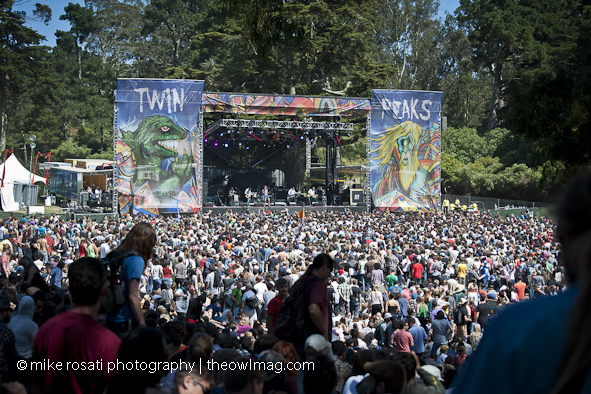 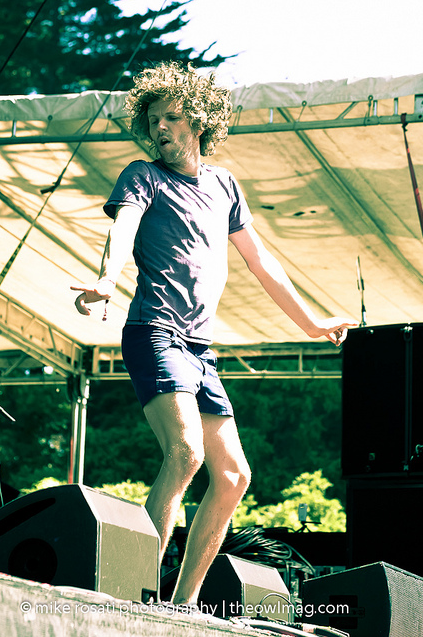 Major Lazer kept up the momentum, taking the stage to an explosion of silly string from the audience. Despite the fears that the speakers couldn’t contain the energy of their fierce beats with the sound going in and out in one, the crowd was completely entranced and bouncing around. Nothing like a rave in the middle of the afternoon! 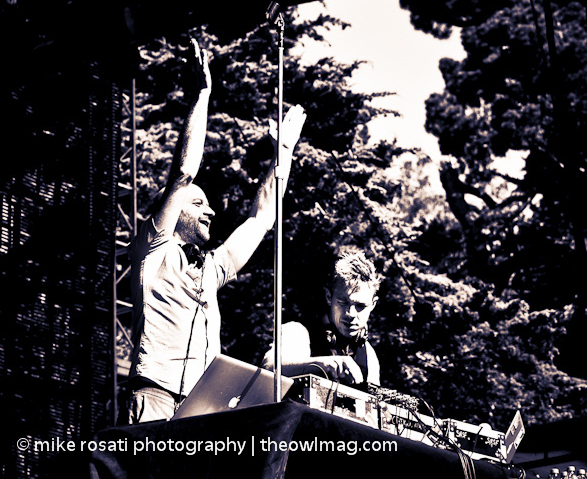 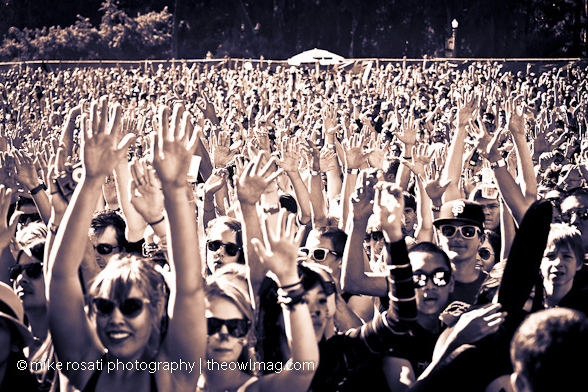 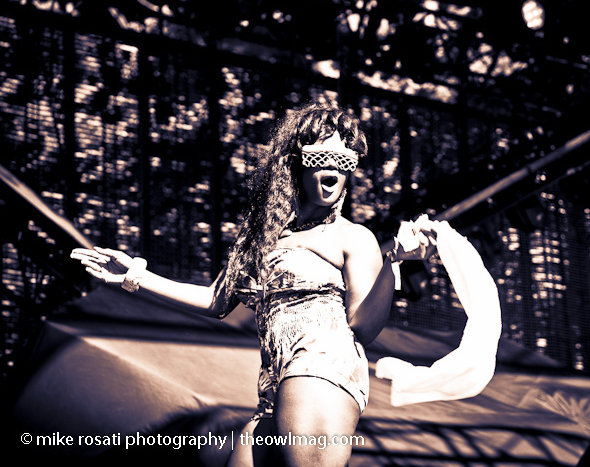 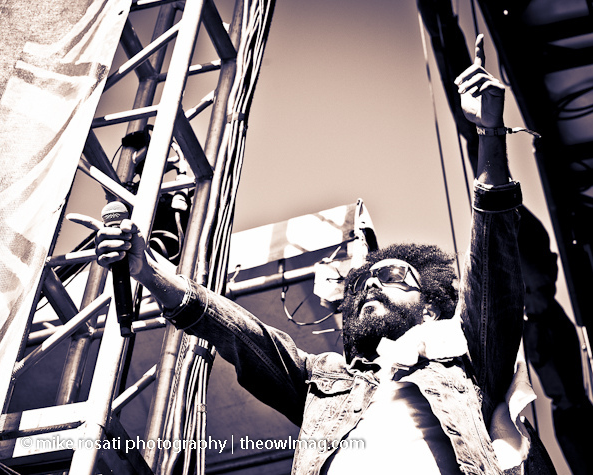 We took a break at the Panhandle stage to check out Baltimore band Wye Oak after getting tackled by a desperate fan attempting to join the party jumped the fence. Security had him by the collar, but not before we took a swan dive into a recycle bin. True story. But Wye Oak: from the couple of songs we heard from this duo, we were completely entranced by Jenn Wasner’s Nico-like deep voice. 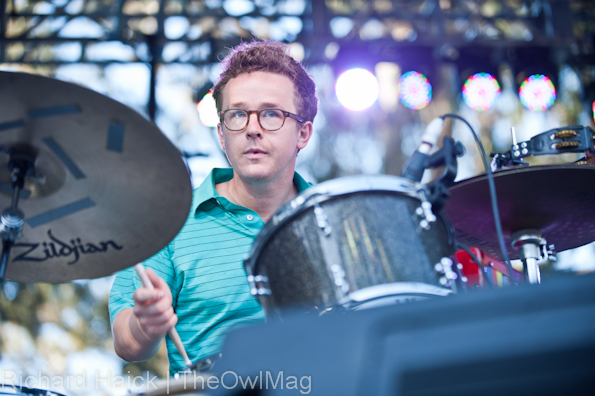 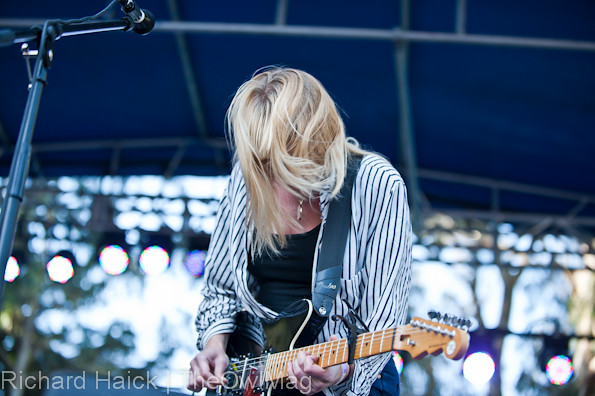 We popped in for a couple of songs for The Decemberists as well, who sounded amazing, but from the back of the field were almost overtaken by the oontz-oontz of the The Domes, which shared Polo Field with the main stage. Regardless, the tight camaraderie of the band and retro country rock feel embraced the crowd as far back as the windmills.

Easily one of our favorites, Beirut, brought a super-nostalgia for great grandparents and circus sideshows with their quirky sound. Songs like “Santa Fe” and the ever-gorgeous “Postcards From Italy,” featured beautiful brass, and the rich, velvet-like tonality of lead singer Zach Condon. 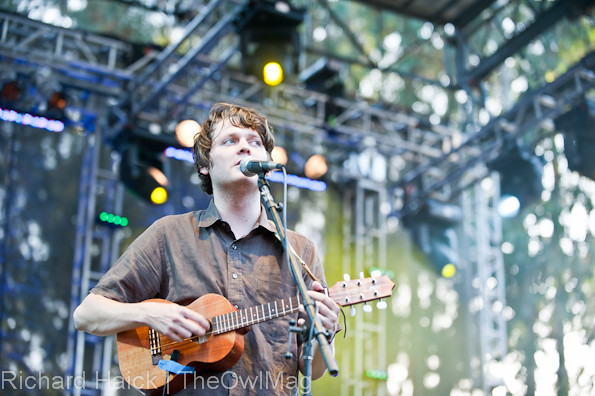 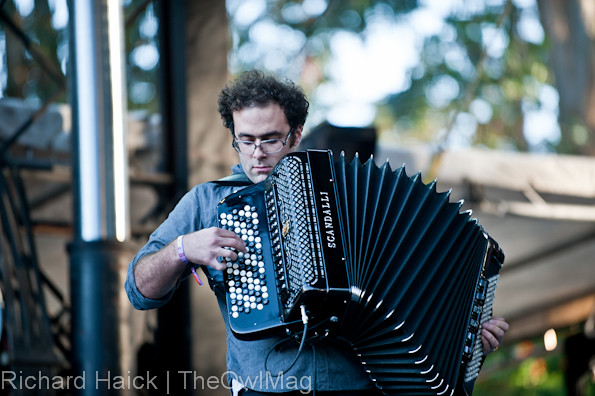 As the sun set over the festival, Arcade Fire took the main stage with a fierce burst of energy. Montreal sweethearts Arcade Fire swept us all up with an hour and a half set that spanned their last seven years of music. Frontman Win Butler easily made us all feel cherished, and the awe and joy of performance was written over the entire band’s faces projected on the big screens that flanked Land’s End. Butler’s wife Regine Chassagne looked ever-so-twee in a ruffled white dress, her turn on the drums like a child throwing a tantrum. If only all tantrums sounded like that! 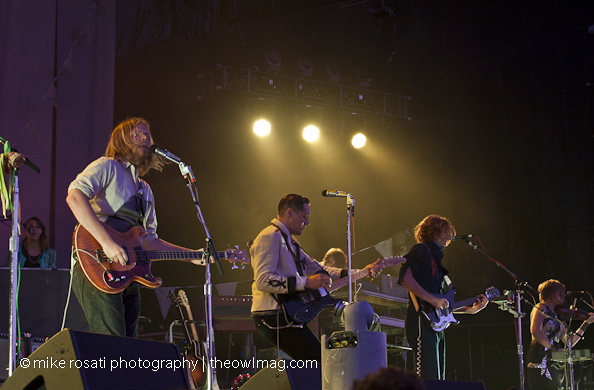 Butler’s vocals charged the crowd, as he explained to us, “We’re only as good a band as you are, so meet us in the fucking middle.” Highlights of the set included the passionate “Intervention” and the gorgeous vocals by Chassagne for “Haiti.” Every song was easily someone’s favorite, and the music filled the suburbs surrounding Golden Gate Park. How appropriate, Arcade Fire. 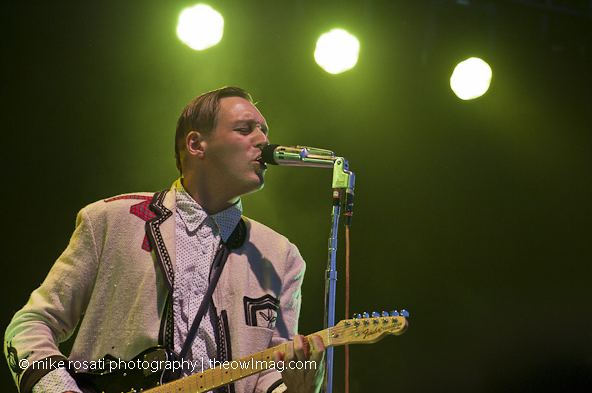 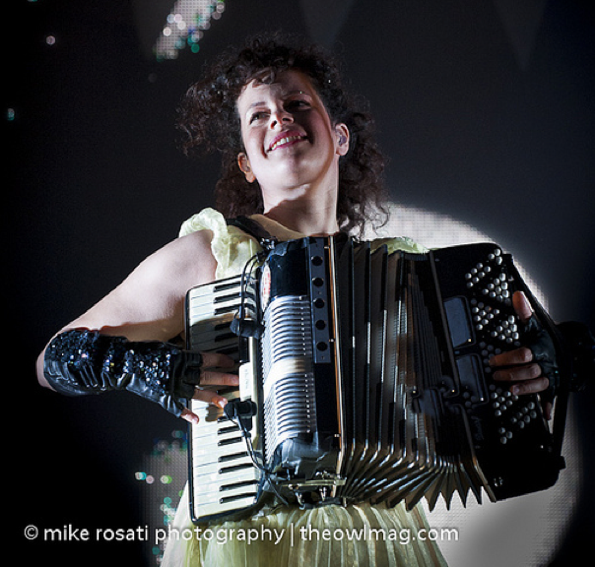 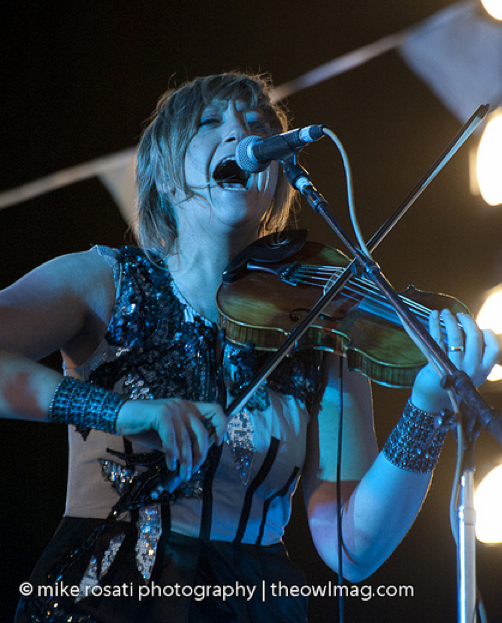 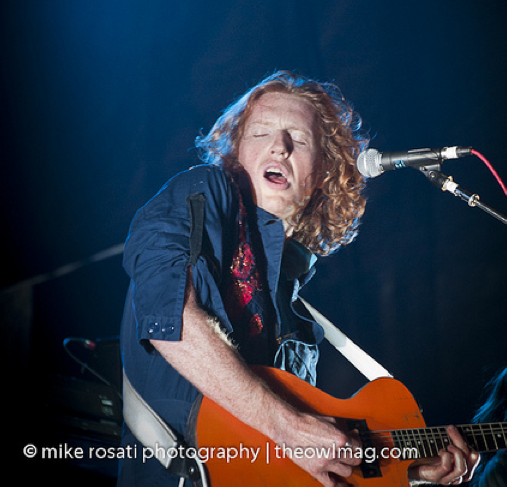 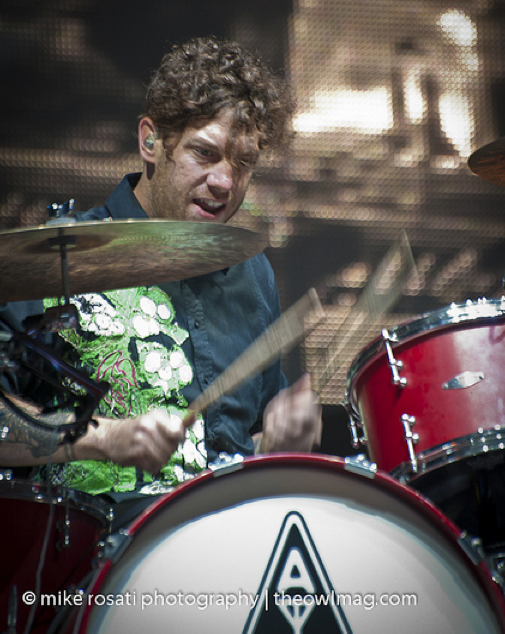 Click HERE for all of our Outside Lands photos!