Day two of Outside Lands proved brighter, hotter, and the crowds huger. With bands like OK Go, Arctic Monkeys, The Black Keys, and Muse playing at Land’s End (the main stage), a lot of people camped at their spots early on and partied all day long. Despite the dust-choked air and constant wiggling-around to get to the front, Saturday was definitely the day not to miss. 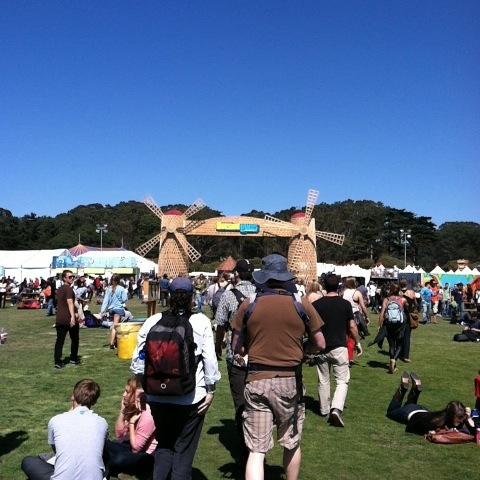 We started off at OK Go, and the lead-in to their show “Now ladies…scream. Now the men…scream,” had us thinking back to the creepy bunny’s voice in Donnie Darko but then it transitioned straight to their sunshine-y hooks. Their rock ‘n roll dance grooves were perfect for the relaxed crowd tanning on blankets and drinking Heineken and vino from Wine Lands.

Next we wandered over to beach-dance with STRFKR. Their modesty was endearing to the festival-goers, “this is definitely the biggest crowd we’ve ever played to.” Unlike yesterday with many of the bands, there weren’t any technical screw-ups and the guys did a great job of sounding as good live as on CD (or vinyl). The highlight was definitely seeing all the dudes in the crowd singing and bouncing along with STRFKR’s “Girls Just Wanna Have Fun” cover. 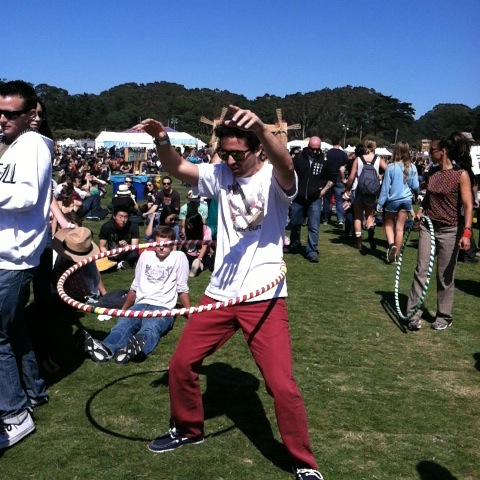 After that we hustled over to camp-out at the main stage starting with The Arctic Monkeys. With their British tongue-twister lyrics and jingle-jangle guitar work, they didn’t disappoint. Though they played quite a few songs off of their latest album, Suck It And See, they managed to get in both “Fluorescent Adolescent” and “Brianstorm” for the die-hards. At a mere 25 years old, Alex Turner stole the stage with his soulful gaze and Cry Baby slicked back hair. 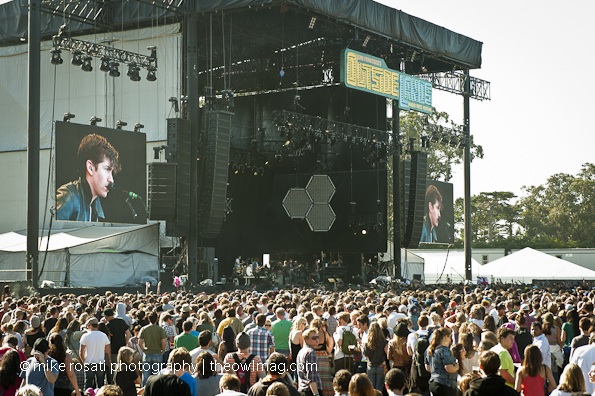 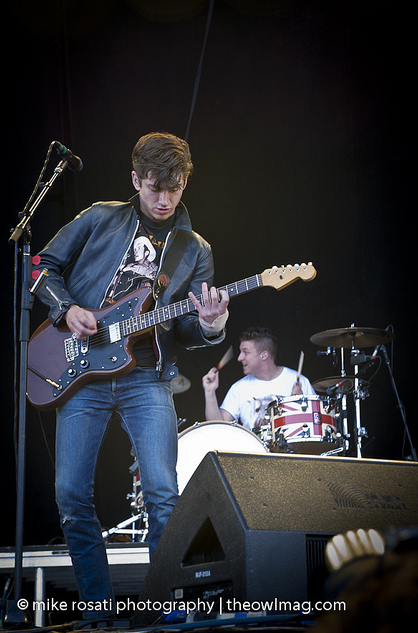 The Black Keys played to a now PACKED crowd of tens of thousands of people. Blaring their bluesy, dirty hits, everyone was psyched. The highlights were “Next Girl” and “She’s Long Gone,” and while they mostly played songs off of Brother, there were older songs as well.

Saturday night Muse finished up the main stage and completely redefined what a high production concert looks like. For almost two hours they wowed the audience with multi-colored laser shows that covered the front crowd in a techy Aurora Borealis. Mini videos switched up with each song on the back screen (storm troopers and swimmers gyrating underwater) and they even showed a live feed of the moon. Muse had left the stage when the huge moon appeared on-stage, and thousands of people literally “howled at the moon” for an encore. Many in the crowd were amazed by the quality of Matthew Bellamy’s eerily mournful vocals, and the anthems (because every Muse song is an anthem) had the crowd clapping and fist pumping like crazy. 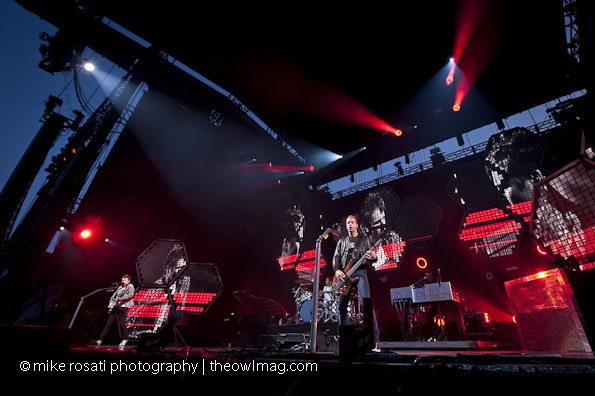 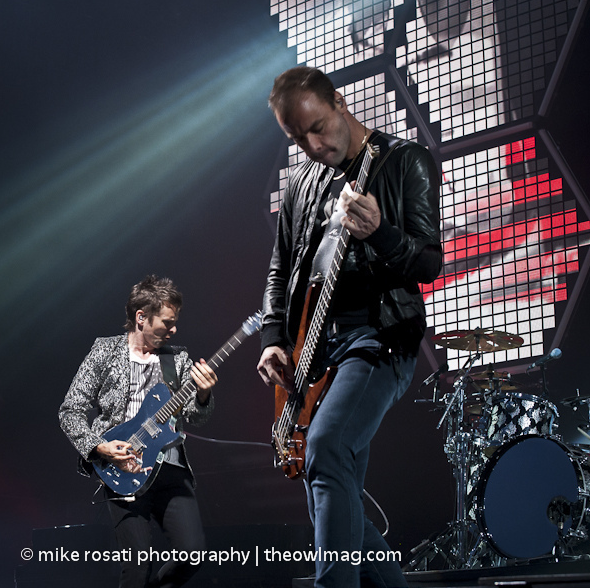 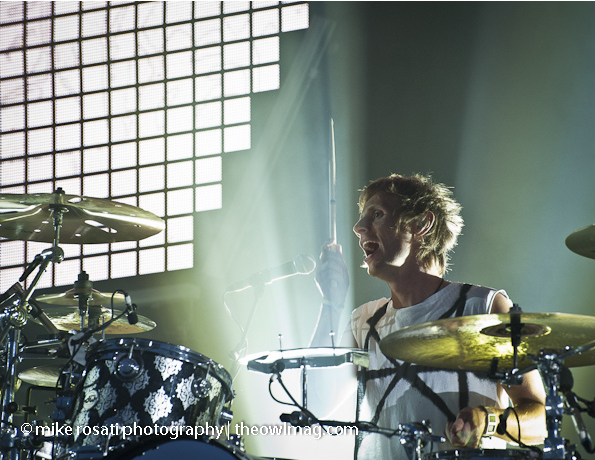 Click HERE for our massive amounts of Outside Lands photos!