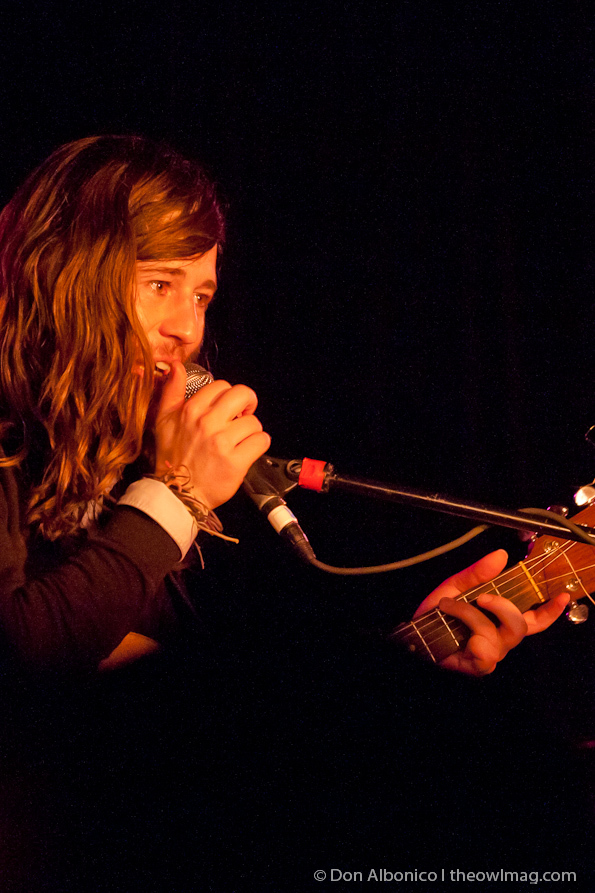 Café du Nord does the holidays right. The subterranean San Francisco venue already lends itself to coziness, with its red walls and shabby old-world charm; add stockings and some twinkle lights, and you’ve got instant Christmas. It’s perfect for grabbing a hot toddy and listening to folk music.

And that’s exactly what I did on Tuesday, along with dozens of other flannel-wearing fans of JBM and Other Lives. Canadian Jesse Marchant (who performs as JBM) gave a mesmerizing performance: with a voice like warm, crackling fire, he drew us in with heartfelt tales of love and loss. In many ways, his set was an excellent counterpoint to the epic sounds that followed—the night moved from intimate to expansive, serene to energy-fueled. 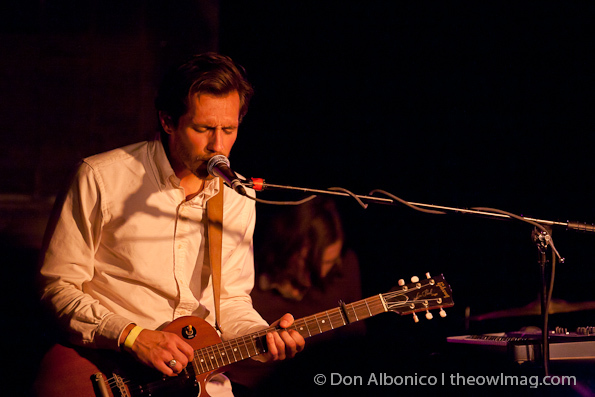 JBM
Indeed, it didn’t take long for Other Lives to wake us up from our cozy collective stupor. The rising stars walked on stage to their first sold-out West Coast show; after supporting Bon Iver and preparing to tour with Radiohead, it certainly won’t be their last. As the rich sounds of Tamer Animals reverberated through the tiny space, it became exceedingly clear that Other Lives is something special. 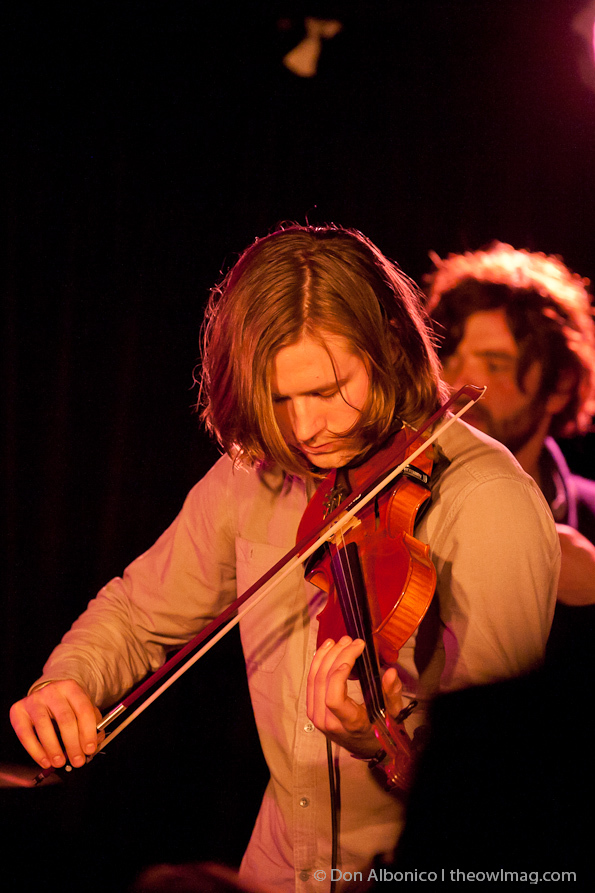 Though the quintet is led by long-haired vocalist Jesse Tabish, they work as a remarkably cohesive unit. The album’s characteristic tight sound was even more apparent on stage; songs like “For 12” and opener “As I Lay My Head Down” were powerful, impassioned, and dynamic. Even Leonard Cohen got the Other Lives treatment, as “The Partisan” became newly robust and haunting. It wasn’t out of place in such a beautifully dramatic set and neither was early EP favorite “E Minor” or the folkier encore track, “Dustbowl II.” (Yep, you read that right—II.) 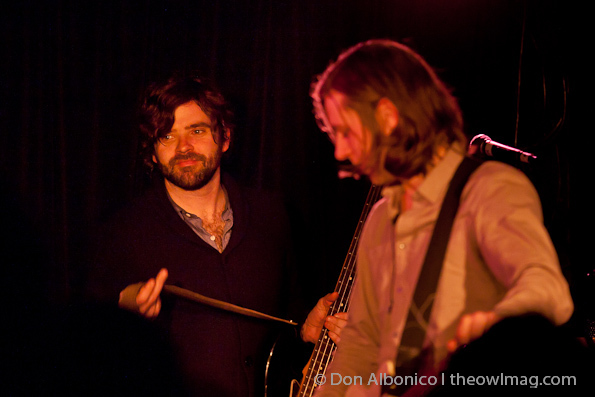 Other Lives swept us up in their lush sound and the crowd left Café du Nord head over heels. The set was captivating and confident, a promising start from a band at the dawn of its career. If Tuesday’s show is any indication, we won’t be the last to fall in love with the Oklahoma up-and-comers. 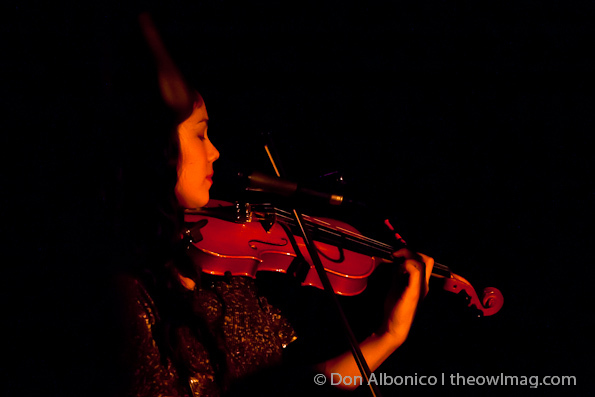 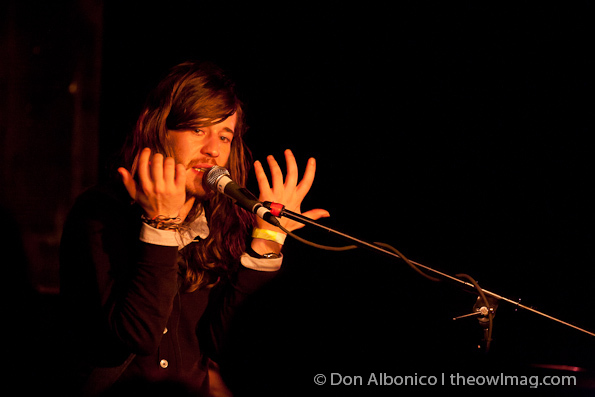 Click HERE for more amazing photos of JBM and Other Lives.