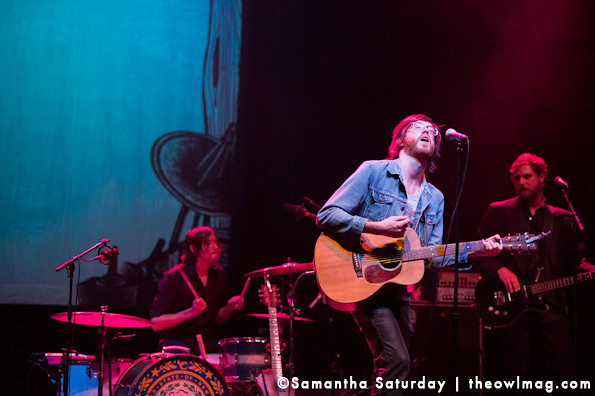 Very unfortunately the turnout for the evening was not the same as their last visit, when they sold out the venue. This didn’t seem to affect the group as they put on a breathtaking performance from beginning to end. In describing Okkervil River, one might tend to go directly for lead singer/guitarist Will Sheff. The thing about this ensemble of talented musicians is they each play a huge piece in each song. Not one song would be the same if not for each one of it’s six members. And it’s something that stands out when seeing them live. As the band took to the stage, a sense of excitement filled the air, a butterfly in your stomach sort of feeling. 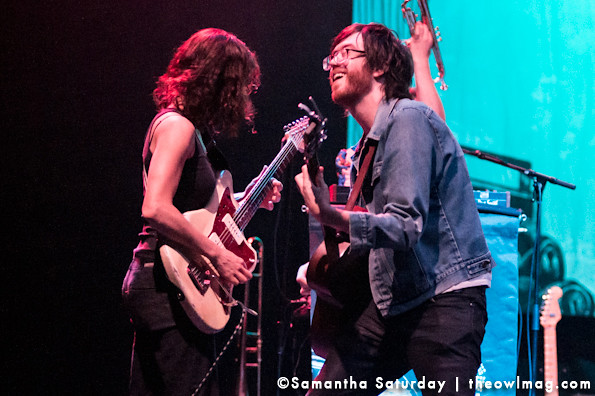 There was no need for a big build up as the band started the night with “It Was My Season” and “Balcony,” which are from their latest album. The band played through each song so comfortably as if they could play their instruments with eyes closed (many of them did). Sheff played the perfect centerpiece, showing how emotionally invested he is in each one of their songs. He actively danced around the stage, swinging his acoustic guitar over his shoulder to grab the mic stand or make hand gestures. 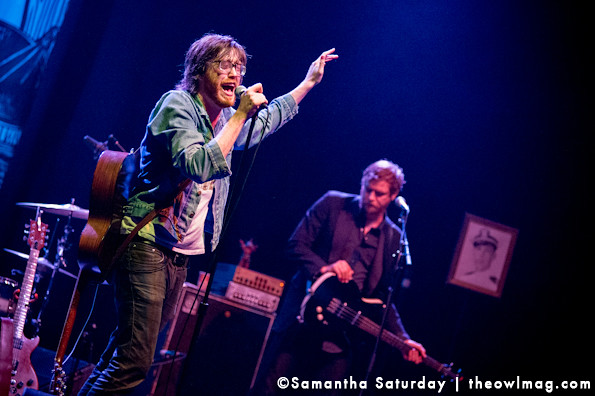 The band, surprisingly, dipped into their older songs quite early, following up with “Black” and “For Real.” The latter received a very loud and energetic response, with many in attendance singing along. The band’s set up on stage displayed each member equally except for electric guitarist Lauren Gurgiolo. She stood left stage with her gigantic amp blasting behind her, as she jammed on her guitar as if possessed by the same spirit that inspired legendary guitarists like Jimmy Page and Jimi Hendrix (yeah, she’s that good). Many of the members of Okkervil River switched between instruments throughout the night, minus drummer Cully Symington. 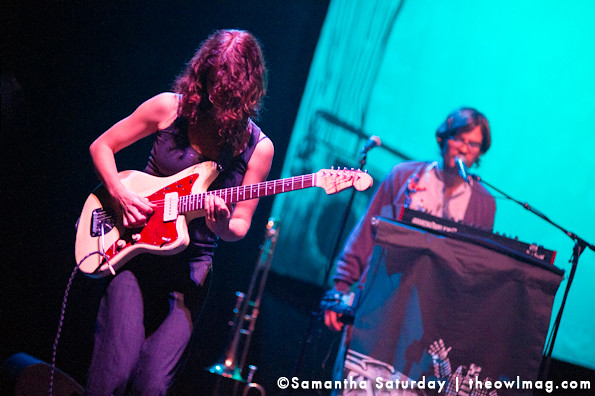 Multi-instrumentalist Michael St. Clair could be seen semi hidden behind a big amp, performing some musical wizardry, switching from keyboards to trumpets to trombone and guitar. Sheff cleverly gave a descriptive introductory narrative to “All The Time Everyday”, which inspired some hand clap participation from the audience. The hand claps came and went as the band went into “Where The Spirit Left Us”. Gurgiolo very lively swayed her hair back and forth providing some impressive guitar playing. The same way Okkervil River albums play out as an almost musical novel. One can’t help but compare their live show to watching a critically acclaimed broadway performance or oscar winning film. The different emotions Okkervil River can cause one to feel while listening to their music is nothing short of amazing. After calming the crowd a bit with “Lido Pier Suicide Car”, the band quickly picked up the energy again by playing “The Valley”. The band ended their set with “Lost Coastlines”, with bassist Patrick Pestorius providing the vocal duties. They quickly came out for a brief encore which included a climactic jam session during “A Hand To Take Hold Of The Scene”. 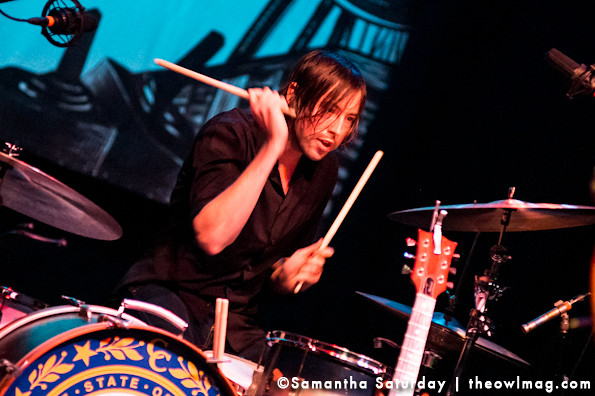 When we will see Okkervil River again, we don’t know. Hopefully it won’t take them two years to return to Los Angeles. Regardless of when they do come back, we now know that they are not an act to be missed when in town.