Fans arrived early to the Troubadour and by 8 o’clock the line was wrapped around the street. Although the stage is rather small, it did not stop OK GO from decking it out with confetti blowers, two huge screens, and even a transparent hanging cloth that went in front of the band to project optical illusions. 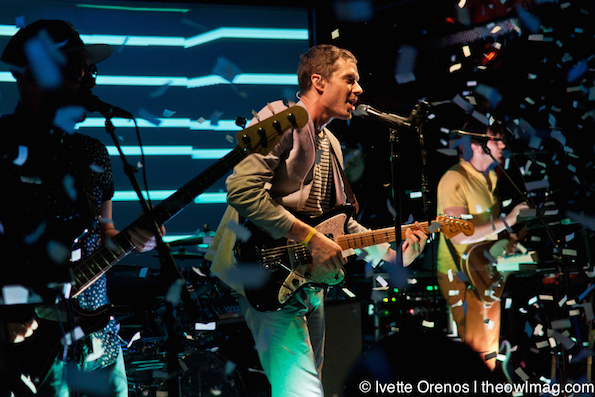 The set started with the transparent screen showing a montage of movies saying “OK” and “GO” and then opened with new song “Upside Down & Inside Out”. As the set went on, confetti went everywhere and lead singer, Damian Kulash, even conducted some question time for fans since in the intimate venue. Kulash was very interactive with the crowd and even jumped in a couple of times. 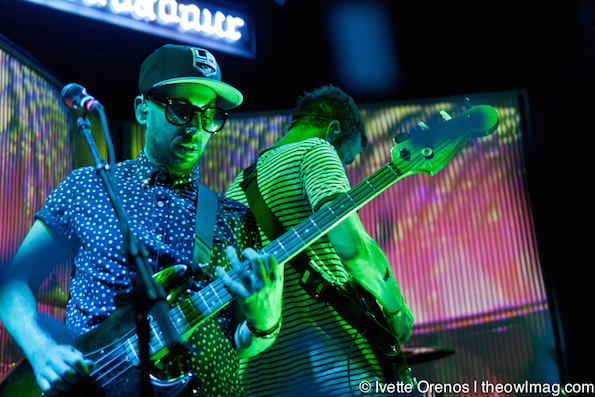 In the middle of the set, the boys pulled out a beat machine and a cell phone. They asked the audience to help them record snippets so they could create a song.
We stomped to make a drum beat and hissed to make a high hat, “That’s perfect! You’re all gonna be stars one day!”, was Kulash’s response to the audience. 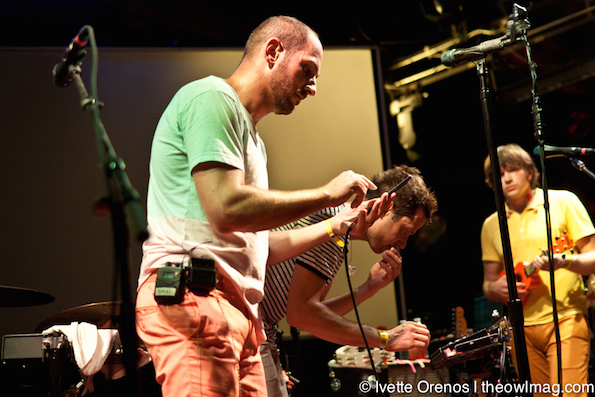 The energy from both the band and crowd did not die for a second. Even after the band said they were playing their last song the audience chanted for OK GO to come back and play some more. The set closed with “Here We Go Again”, but there weren’t any treadmills to go along with the performance. We did get more confetti though! 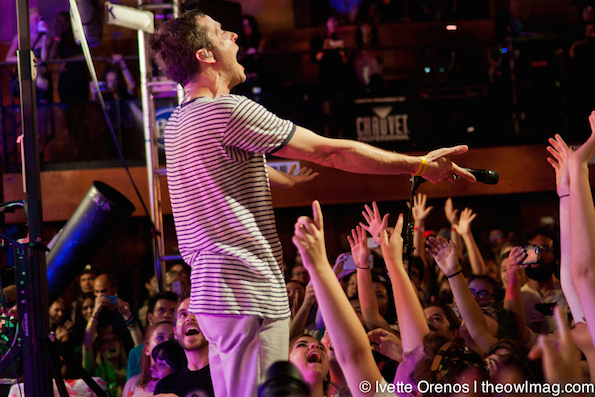 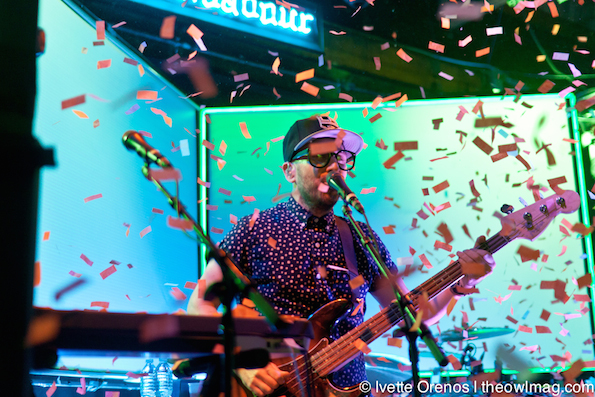 The band’s new album, Hungry Ghosts, is set to release this October and the songs debuted sound just as fun and energetic as their previous work.