A live stage isn’t always kind to an electronic musician—especially the type of musician who falls to the darker side of the genre. Cold Cave, the chilling moniker of Los Angeles/New York-based Wesley Eisold, was not immune. On the cusp of Noise Pop’s end, Cold Cave played the large SOMA venue Slim’s to a crowded room with a pretty excellent billing, including Happy Fangs, Dirty Ghosts, and Painted Palms (more on them below). Painted Palms, to the contrary, played as well as we’ve ever seen — they even premiered their set with the first video in Slim’s Behind Closed Doors Concert Series in anticipation for their show. 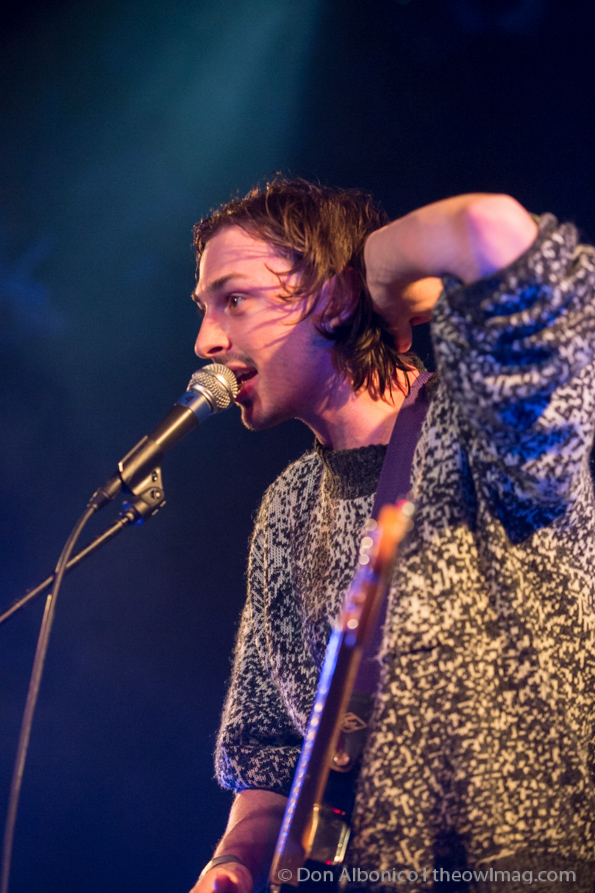 Painted Palms, made up of the San Francisco-via-Louisiana duo Chris Prudhomme and Reese Donohue, just released Forever (from San Francisco based label Polyvinyl). Despite that they’ve been making the rounds of San Francisco for shows over the past month or so in support of the release, they’ve not relaxed on their performance. 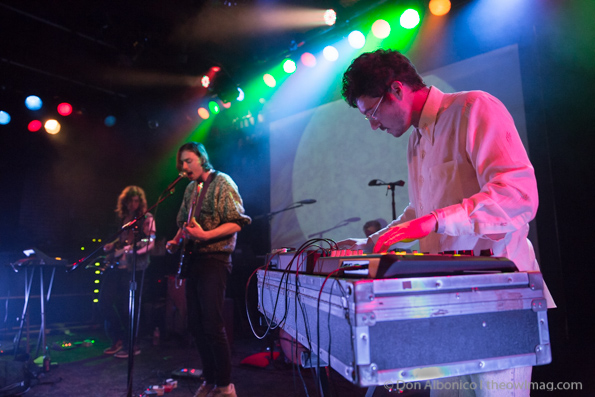 Opening with “Not Really There” and “Sleepwalking” from the new album, Painted Palms presented their shimmery, spiraling cuts engaged and intimately—not an easy accomplishment with a room of this size, and as an opener with a short set.

Cold Cave took almost forty minutes to go onstage after Painted Palms despite requiring only a few pieces of equipment. It’s a pet peeve of anyone covering a show to have to wait that long, but more than that—it’s rude to the audience. 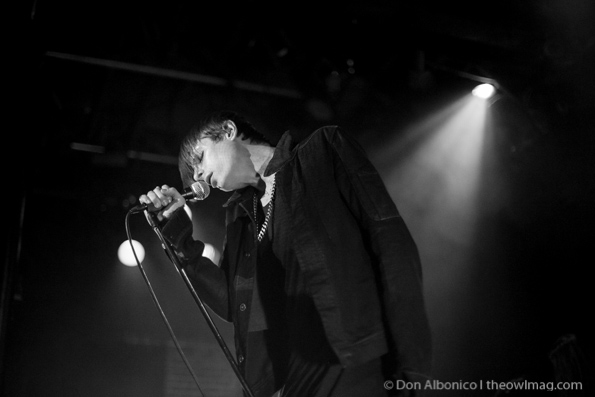 All things considered, we’re fans of Cold Cave’s. We like the brilliant pulsing on of tracks like “Life Magazine” and namesake “Love Comes Close” from the 2009 album of the same name, and the cinematic composure of 2011’s Cherish the Light Years. We were disappointed to find out that this show did not do his music justice, and we couldn’t pinpoint exactly why at first. Eisold was clearly engaged, and he embodies the darkwave dynamic that defines Cold Cave. The wavy synths sounded fine. He looked as we expected he would — but something overall wasn’t right. He brought Amy Lee (formerly of Los Angeles-based The Meek) on stage with him, and we could not figure out what she was doing other than pushing play on songs, which likened this performance to a melodramatic karaoke set. 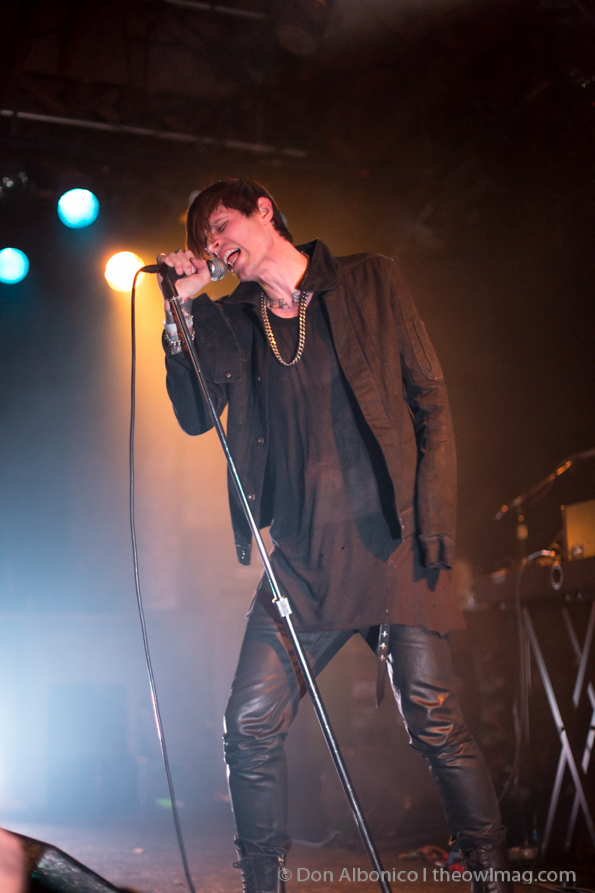 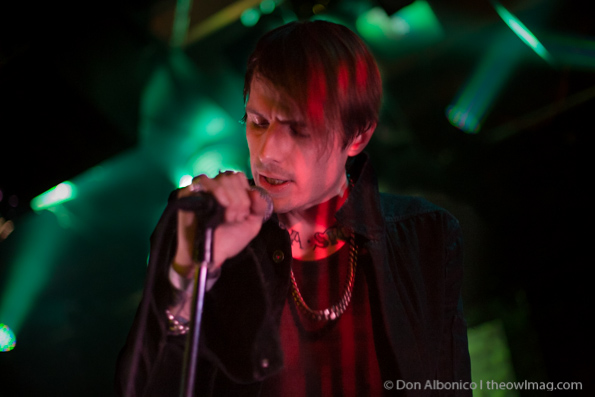 We know Cold Cave is better than that. So do his fans. We think Eisold may have focused so intently on delivering an excellent live show that the music suffered as a side effect. Sure, it’s crucial for musicians to consider how music translates to a live audience, but it’ s most important to let the live show cater to the music — not to let the music cater to everything else.