On the opening night of Noise Pop in a packed Brick & Mortar, the crowd was ready to hear Jenny O. play some songs from her debut full-length album Automechanic. Jenny O. may have left her band in LA, but she definitely brought her guitar picking hands as she transformed her relatively rock ‘n roll music into folk-driven tunes. 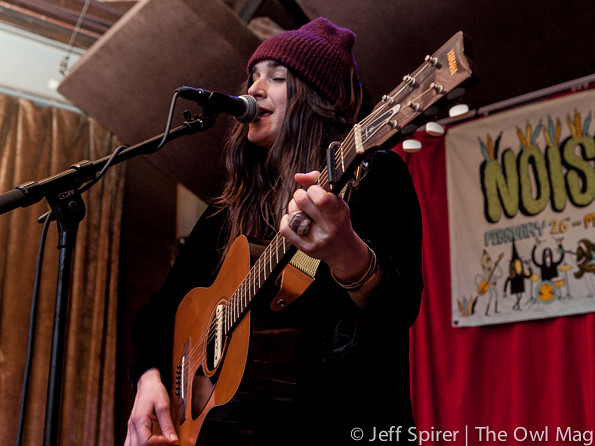 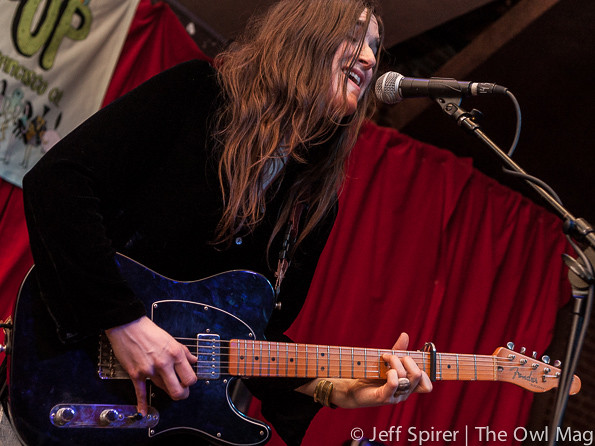 At times, it seemed like Neil Young or Roger McGuinn had taken the reins as she picked and strummed her acoustic guitar. While she reeled off a number of songs from her Home EP and her new album, her fancy-free attitude on stage became contagious. One audience member even remarked, “she seems like someone I’d be friends with.” 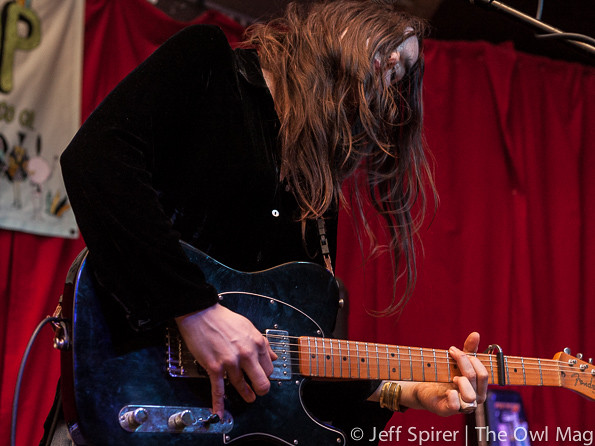 With his guitar strap held on by a neon orange zip tie, Jason Lytle took the stage with his friend and seasoned musician Rusty Miller. There was not a lot of set-up due to the fact that Jason Lytle likes to jam econo with his guitar, keyboard, and drum/playback machine by his side, while Rusty had his guitar and used the only drum on stage (a floor tom) as a table to set another audio engineering device with lots of knobs and dials. 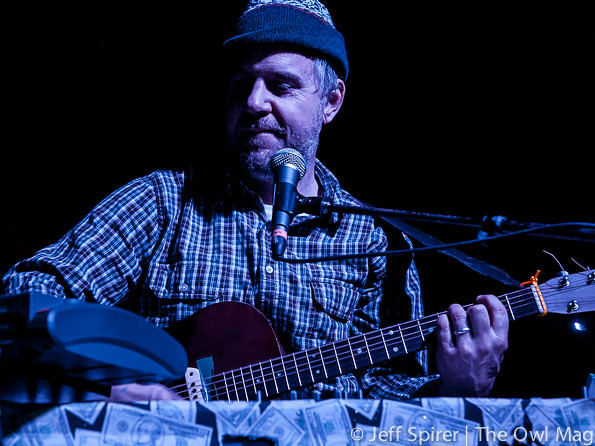 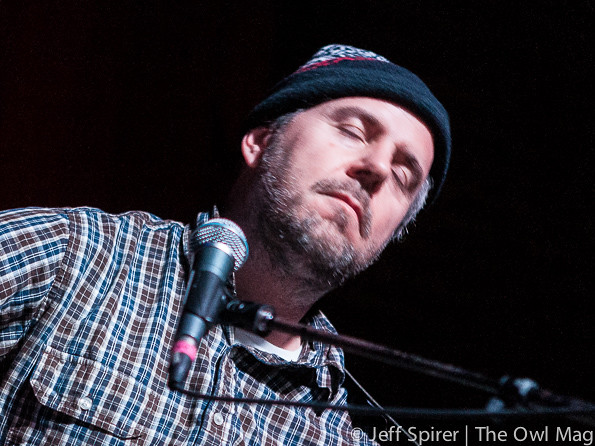 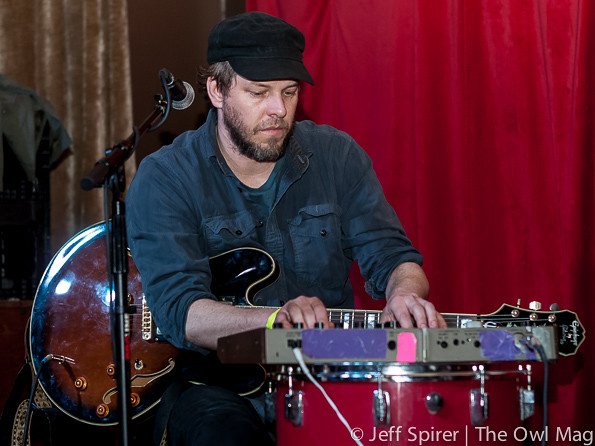 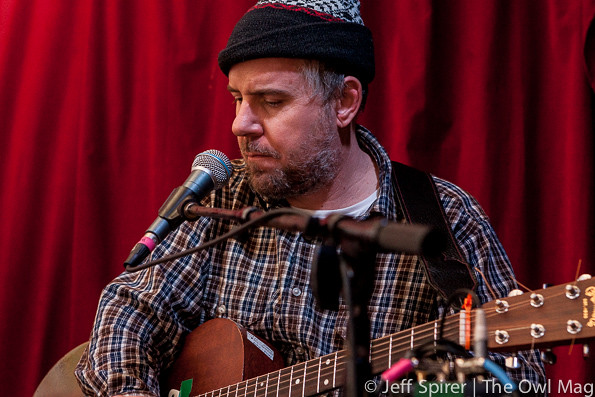 To say that Jason Lytle is eccentric seems too harsh, so quirky will be the word of choice. He started his set out with an old Grandaddy tune, “Now It’s On,” and didn’t look back. The audience came for the music, and the music is exactly what they got. As samples of “Chopin Drives Truck To The Dump” played in between songs, the duo remained incredibly relaxed but still managed to create more sound than seemed humanly possible. 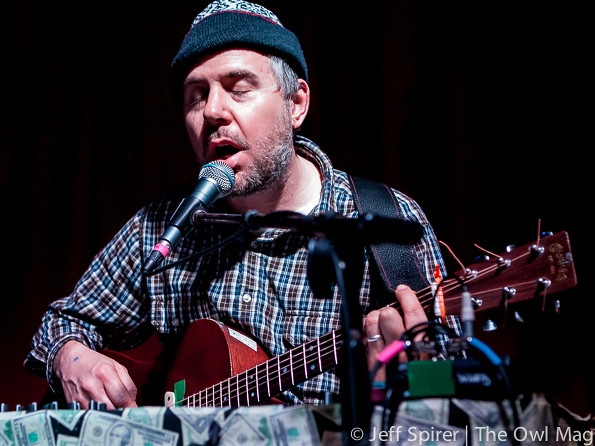 Jason Lytle has never been known as a great orator on stage and he doesn’t need to be because his craft speaks for him with every strum, keystroke, and button or knob he pushes and turns. With only the two of them up there, the stage seemed a bit empty but fitting for his songs and their themes of death, dying, and/or being lost. All the while, it was like the audience was coming to some sort of realization about his characters and their stories. Lytle ended his show with an encore performance of “Underneath The Weeping Willow” and it truly seemed like he will “wake and be happy again.”

Here’s a couple pics of the other opening bands from that evening – Michael Stasis and Will Sprott (of The Mumlers): 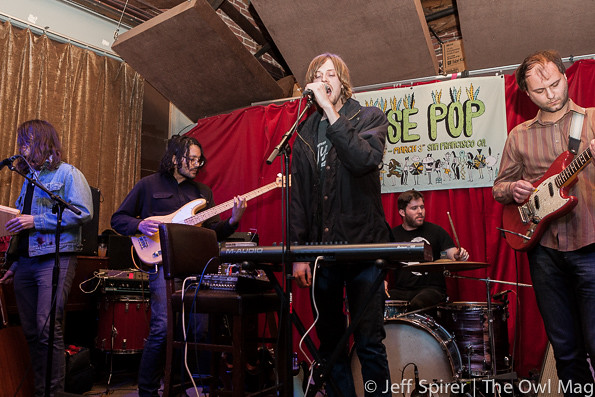 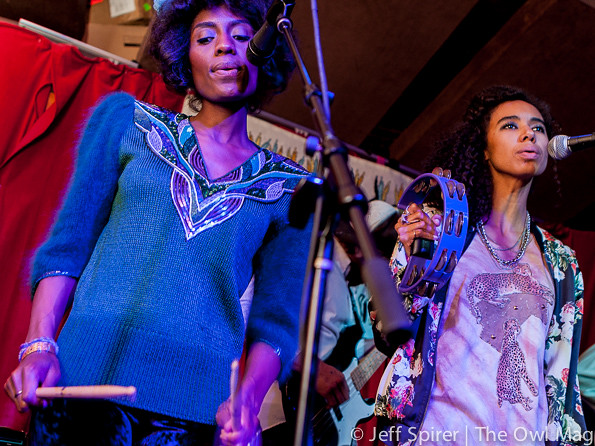