Noah and the Whale began Monday’s show in style. The English quintet walked on stage in the midst of a dramatic display—snazzy lights, intense instrumentals, their own spiffy suits. If there was any lingering doubt about the emotional state of Charlie Fink and Co., this settled it: the polished entrance practically screamed “We’re okay! We’re rockstars now!” 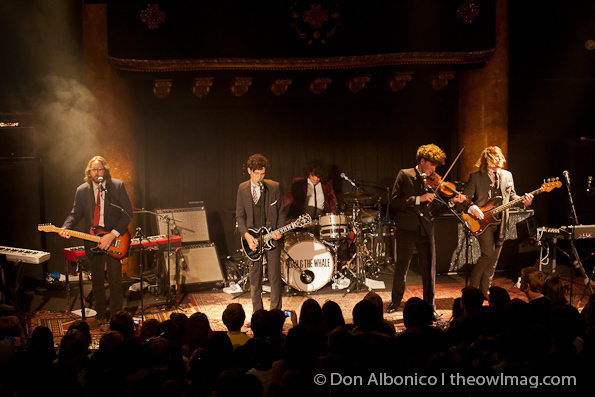 When I last saw the folk-rockers, they were wowing crowds at the Independent. They’d found the magic balance between all three extremely diverse albums and “5 Years Time” finally sat comfortably between “First Days of Spring” and “L.I.F.E.G.O.E.S.O.N.” It was charisma and sheer exuberance that pulled it all together; for the first time in many years, it looked like everyone was having fun. This same spirit peeked through on Monday at Great American Music Hall, but the band didn’t always hit their stride. 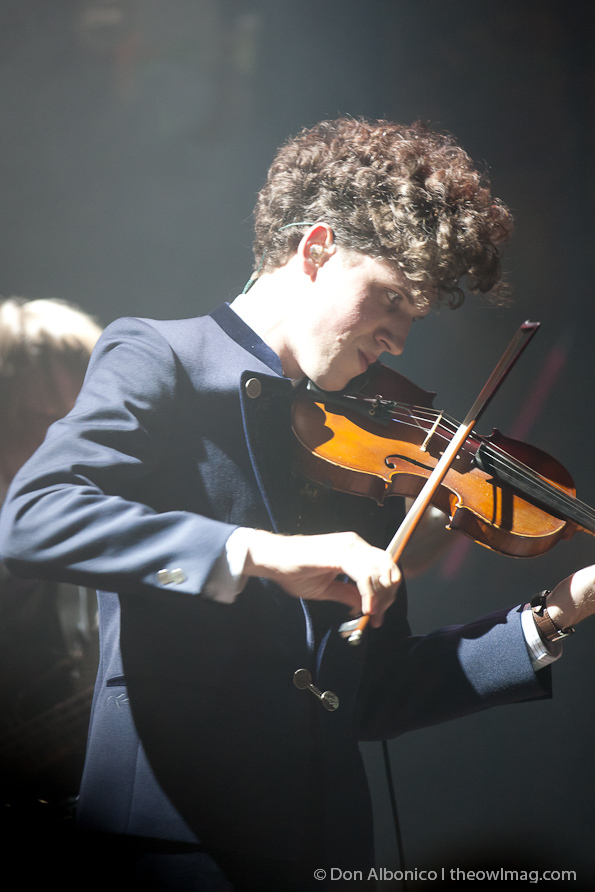 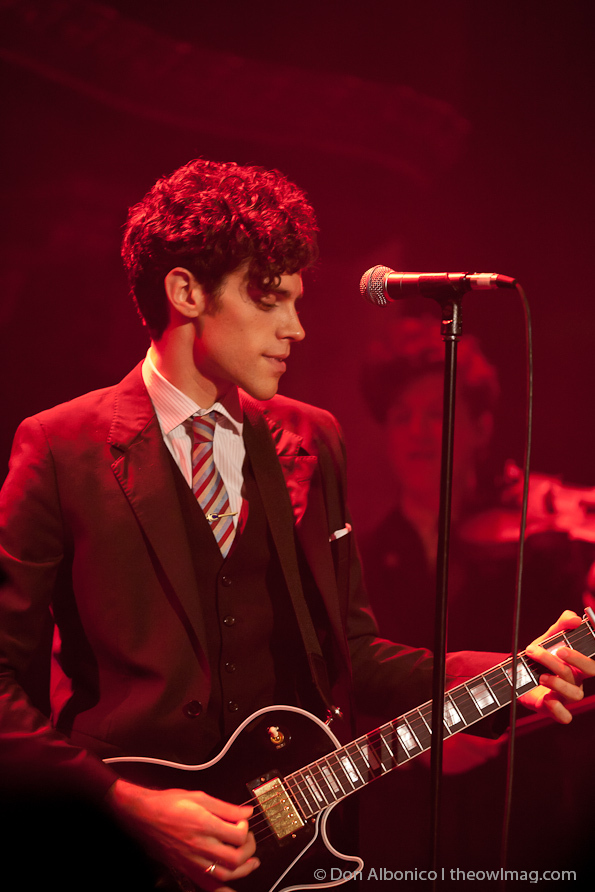 They opened with a rocking rendition of “Give a Little Love” and moved to Last Night On Earth‘s “Just Me Before We Met,” but the energy didn’t pick up until “Life is Life.” The crowd began singing along, and it was clear that these fans appreciated Noah and the Whale‘s new edge. Indeed, the band’s biggest successes of the night came from amped-up old favorites or upbeat new tunes. “Shape of My Heart” and “Rocks and Daggers” got new oomph, while “Give It All Back” got doused with energy and over-the-top dance moves. No one seemed to notice when the performance felt a bit forced—they were too busy dancing. 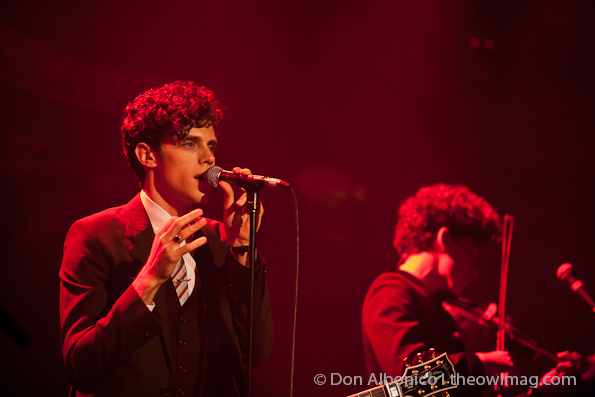 It wasn’t until the band’s self-proclaimed “romantic” section that the show started to lose some steam. Although it contained several personal favorites (“Blue Skies,” “Our Window”), the emotional intensity that I’d seen at the Independent was conspicuously absent. The audience was antsy, largely overpowering Charlie’s vocals on “The Line” and “Wild Thing.” It wasn’t until he literally rolled up his sleeves and launched into the “good times” part that the crowd got back on board. 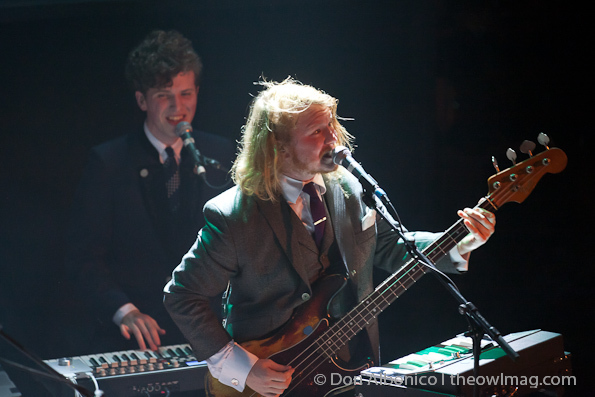 And good times that section certainly had—from “5 Years Time” and “Jocasta” to “Tonight’s the Kind of Night” and closer “L.I.F.E.G.O.E.S.O.N.” The quintet was effervescent with Charlie dancing around the stage and introducing band members with genuine glee (“putting the ‘afro’ in aphrodisiac, it’s Michael Petulla!”). These tunes gave way to a moving encore, and finale “First Days of Spring” simply glowed. It was the emotional peak of the evening: if anything made me believe in the band’s rockstar status, it was this last passionate offering. 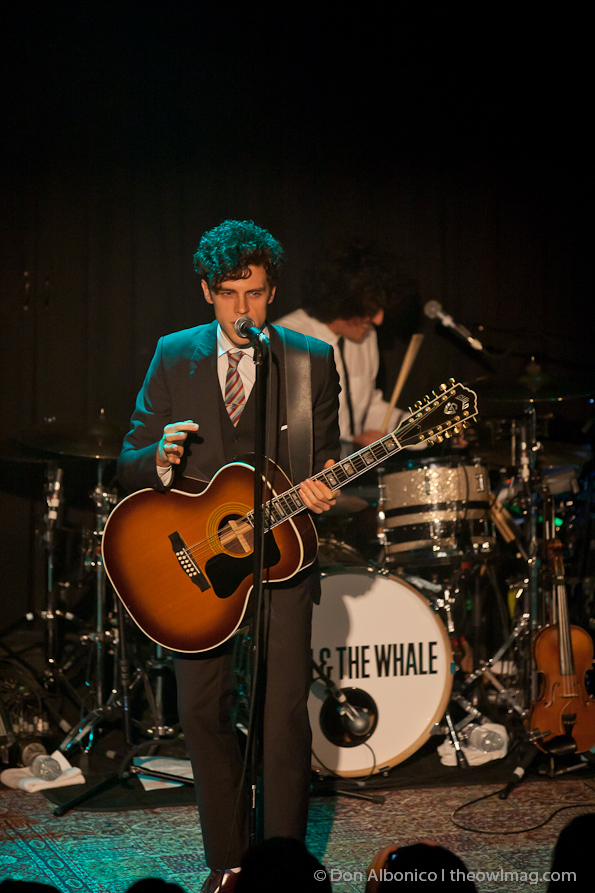 Not too long ago, Noah and the Whale‘s happy tunes sounded hollow; the carefree twee of their debut didn’t jibe with their heartbroken frontman. And while the band still has some kinks to work out, it’s a joy to see them back on their feet. This latest incarnation, with power rock and polish, suits Noah and the Whale very well.