They came to play, that’s for sure. Minneapolis garage/surf/fuzzy rockers Nice Purse dropped by NYC’s rustic borough of Brooklyn to play at a small art space, Big Snow. The Midwestern collective drove a grueling 17 hours straight from Chicago, and from the looks of the bags under their eyes, they were sure as hell feeling the lag. 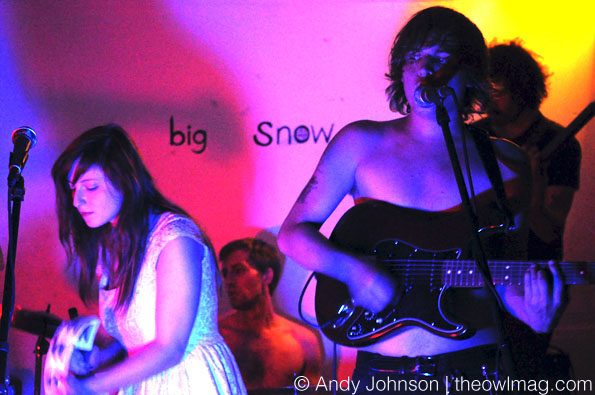 Though, by watching them perform, one would think this ragtag just woke up from hibernation. These guys and girl were filled with tenacious energy that spread out onto the cigarette butt and spilled beer infested floor. 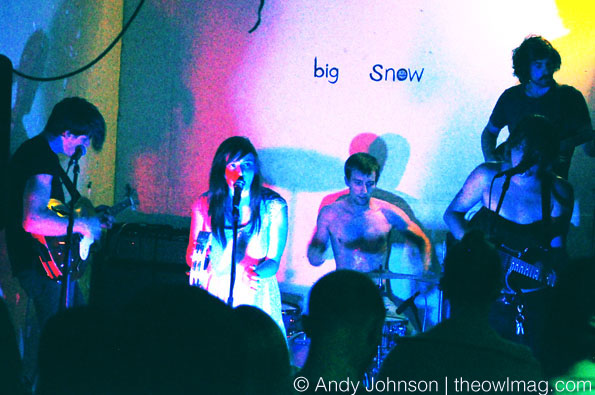 Bassist, James Wolfeatens, spent the duration of the set standing on top of a chair, being able to be seen even by the lazy collective sitting on the leather couches in the back.

There were two things that the crowd had to be careful about during Nice Purse’s set, choosing when to get another beer and when to urinate. This was because guitarist, France Camp, was kicking the wall leading back to the bar and bathroom! It was almost as if he was demanding the crowd to stay put. Camp also spent more time off-stage in the comfort zones of the audience, flailing and rocking around like Iggy Pop in his Stooges era. 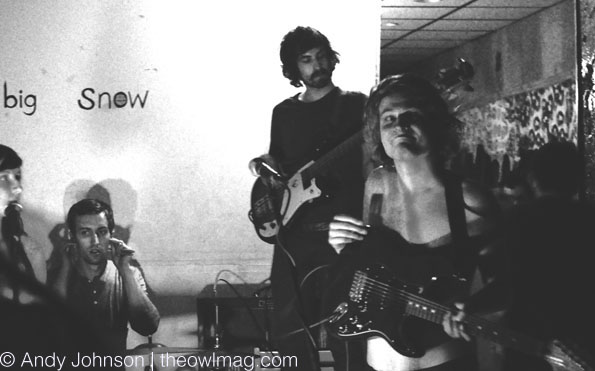 The band played most songs off of their most recent release, Slumber Girls, which was actually produced by Nice Purse drummer, Jeff Lorentzen. They did play one new song, “Brett Favre” which was introduced by the quote “We’re from Minnesota and we like football.” 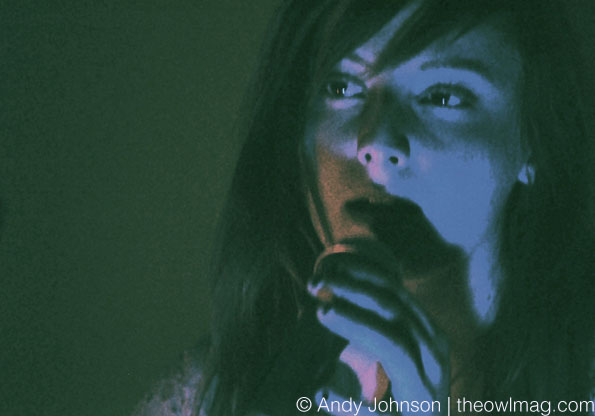 The people of Big Snow clearly enjoyed the ruckus and commotion of Nice Purse, considering the first two bands of the night were a little tamer. The band headed back to their land of 10,000 lakes right after the show. Nice Purse is looking to head back into the studio this fall, buy a new tour van, and get back out on the road as soon as they can. 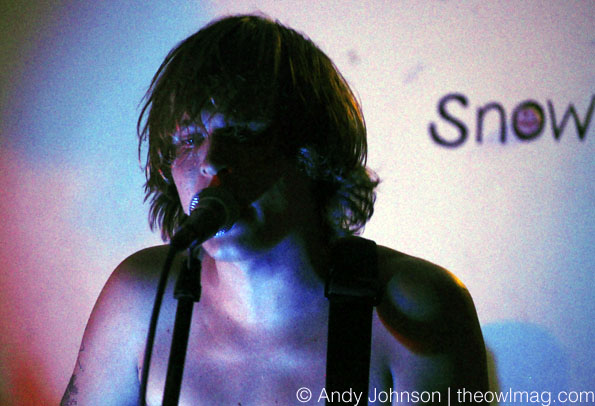