Starting my last day of MusicFestNW, I finally made it to the Pioneer Square main stage for a lazy afternoon of mellow music culminating in the performance of headliner Explosions in the Sky. Eluvium took the stage first, playing a lengthy set of shoegaze and ambient jams. As the genre denotes, Matthew Cooper (the sole member of Eluvium) really did not do too much else on stage besides glancing down and alternate between guitar and keys. 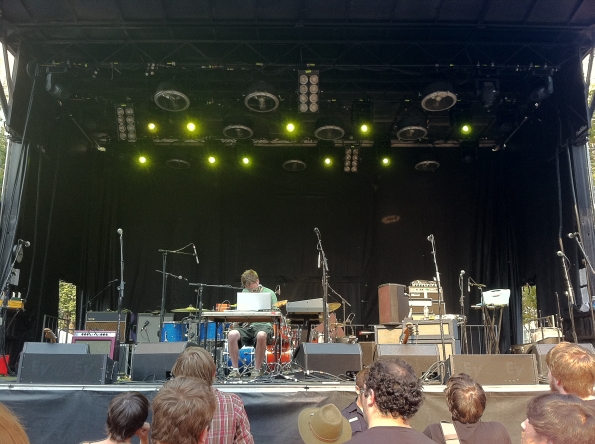 Eluvium
Then there was Typhoon. Composed of a cellist, bassist, two violinists, two guitarists, three trumpeters, and three percussionists at their musical pinnacle, Typhoon is the kind of indie folk-meets-baroque pop band that most hipsters dream about and drool over. 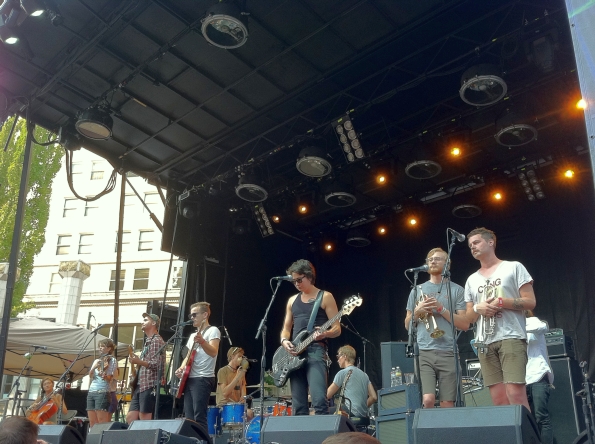 Typhoon
They were more than the simple moniker of “indie darling” would let on.  Typhoon’s audio levels were mostly spot-on; an impressive feat given the many components that make up the band. Complex harmonies from the multi-instrumentalists and meandering strings set the scene for swelling horns and mellow vocals. 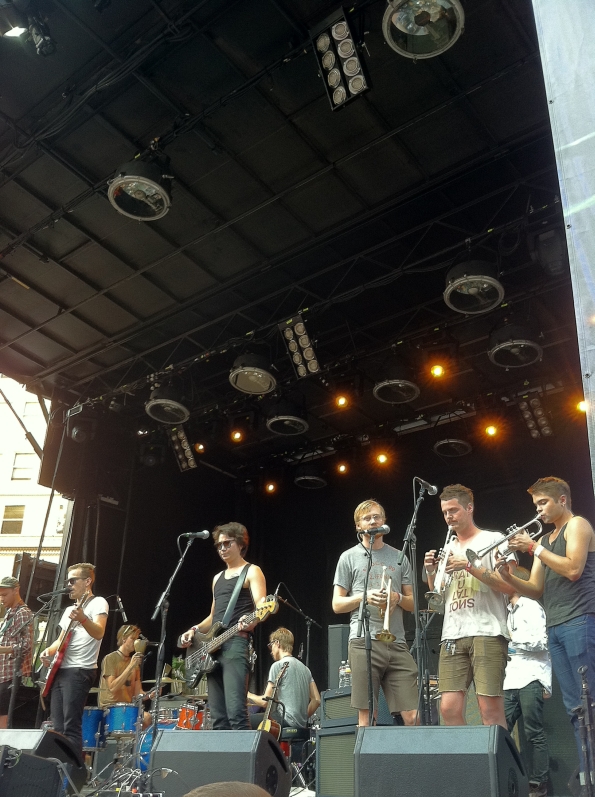 Typhoon
Dream pop trio The Antlers were up next, fitting effortlessly between Typhoon and Explosions in the Sky, drawing from much of their critically acclaimed latest album, Burst Apart. 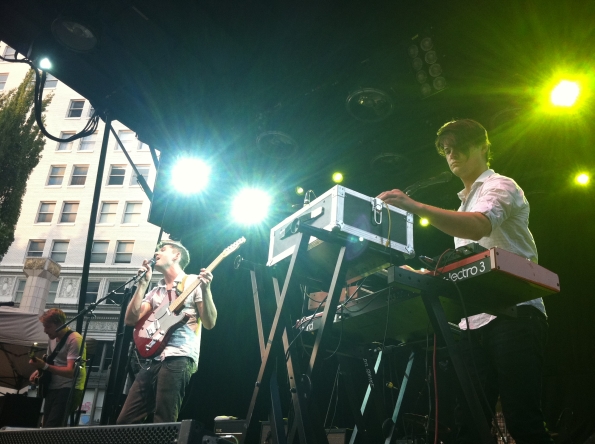 The Antlers
Their inspired set, with lush harmonies oozing onto ethereal guitar riffs, reinforced the hype that currently surrounds the Brooklyn-based band, giving headliner Explosions in the Sky a run for their money. 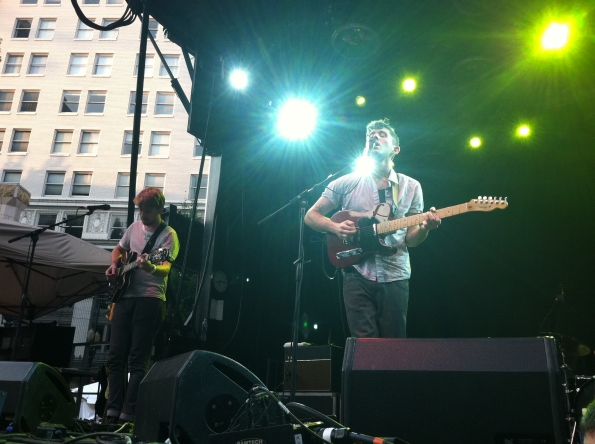 The Antlers
When Texas-based Explosions in the Sky finally did take the stage, their set started twenty minutes late but well worth the wait. Playing their signature “cathartic mini-symphonies,” guitarist Munaf Rayani declared that “this set is dedicated to love” in honor of two friends of the band who had recently wed. 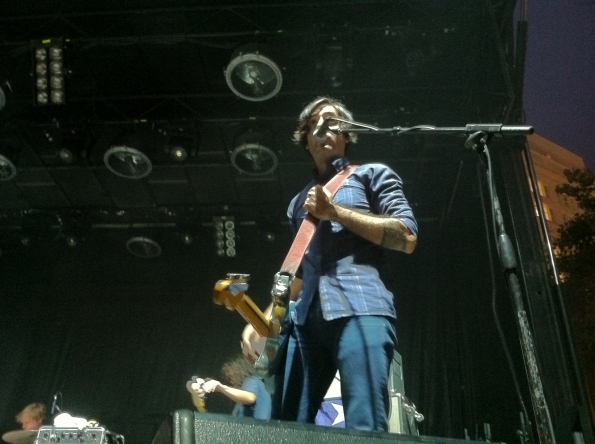 Explosions in the Sky
After about 5 hours of solid performances, I set off for Backspace, catching the last two songs from Death Songs. Soon, the multi-talented Rebecca Gates took the stage. 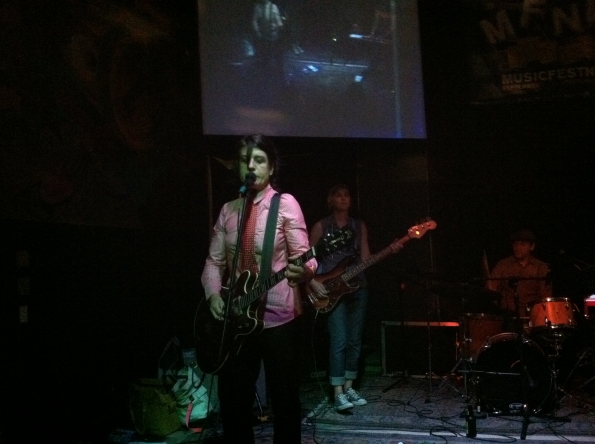 Rebecca Gates
The Spinanes frontwoman effortlessly guided her band through genre-bending songs, her distinct smoky voice casting a spell on the audience. Backspace’s headliner, Ted Leo watched in the audience before starting his set just an hour before his birthday at 11pm. 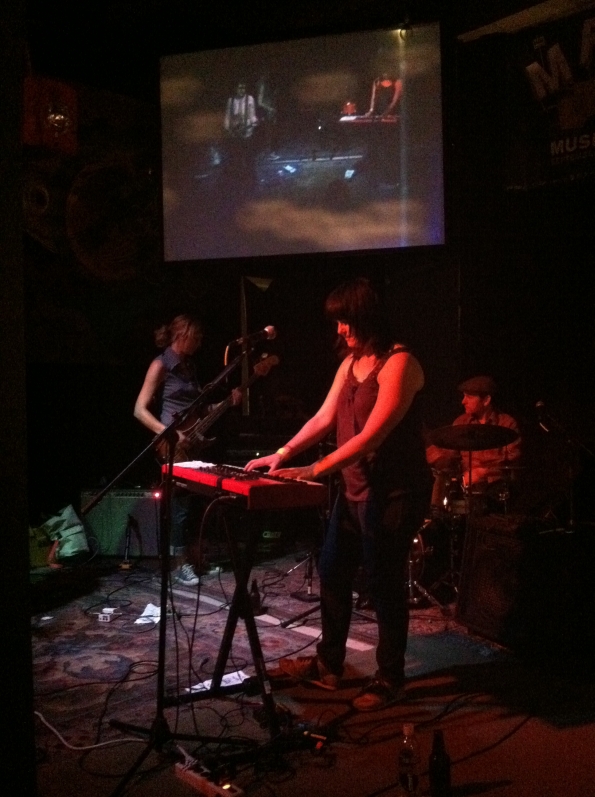 Rebecca Gates
Lately associated more with his band Ted Leo and the Pharmacists than solo, Leo played a set spanning a good chunk of his musical career, with bits of truly heartfelt banter sprinkled in between. One of the things I love about seeing Ted Leo live is his stage presence and given his impending birthday, the thoughtful Leo was especially engaging despite the slight discomforts of getting yet another year older. 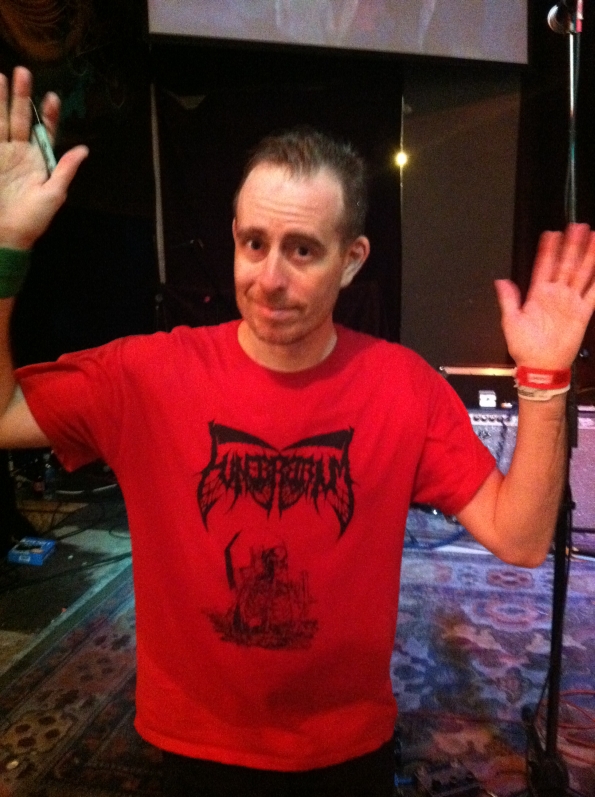 Ted Leo
After his performance, I quickly snapped a picture of Ted Leo (though it was after his set and he was pretty nonplussed about it; sorry Ted!) and ran to Dante’s to ensure I could get in for my must-see artist of the night, Big Freedia.

To the uninitiated, sissy bounce is a high-energy ass-tastic ride into hip-hop’s flamboyant (though wonderfully repetitive) dance scene. As the queen of sissy bounce herself waltzed on stage with her many twerking dancers, it impressed me just how far bounce has reached as a genre from its humble roots in New Orleans to inspiring my fellow MusicFestNW’ers to get onstage, shed their clothes, grab their ankles and dance their asses off. Hell, there was even a booty battle!

To say the many performances over these past four days were diverse is an understatement. As my MusicFestNW experience came to a close, I can’t say I feel like I missed anything and for a festival that boasts 300 bands and 21 venues, it’s a true testament to just how versatile and successful MFNW has become.