My third night at MusicFestNW took me to the intimate Ash St. Saloon for local thrash rockers, The Thornes.  Lead singer Justin Thorne, for which the band is named immediately got things going by saying, “as promised, we are going to get wasted,” a sentiment that definitely catered to my New Orleans sensibilities. 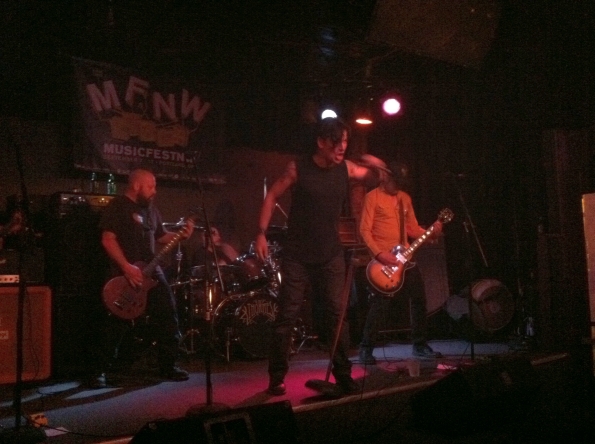 Though only twenty or so people filtered in for their set, The Thornes were alight with energy, powering through songs reminiscent of early Black Sabbath and steeped in whiskey.  After their forty minute set, I raced over to Roseland Theater for a completely different musical experience. 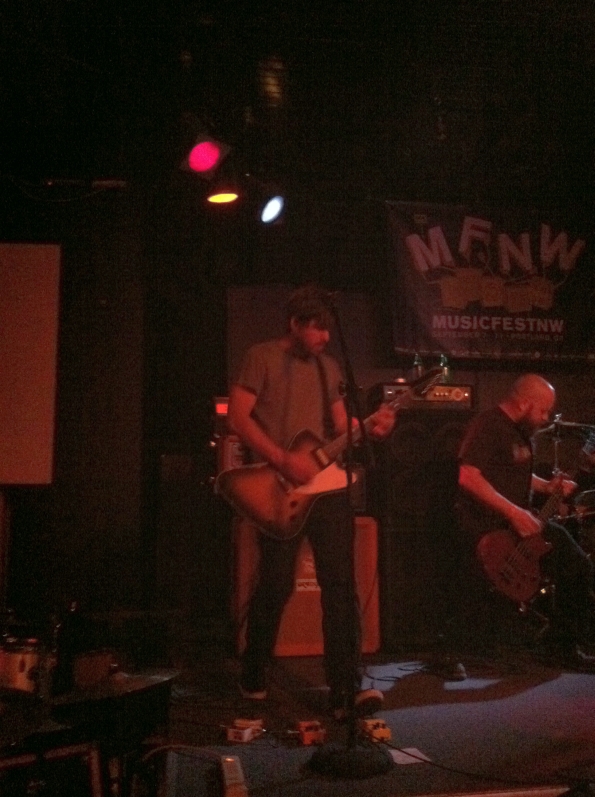 Security was tight at Roseland and space was even tighter as folks packed the venue eagerly awaiting headliner Macklemore & Ryan Lewis. Fellow Seattleites Shabazz Palaces were up first. 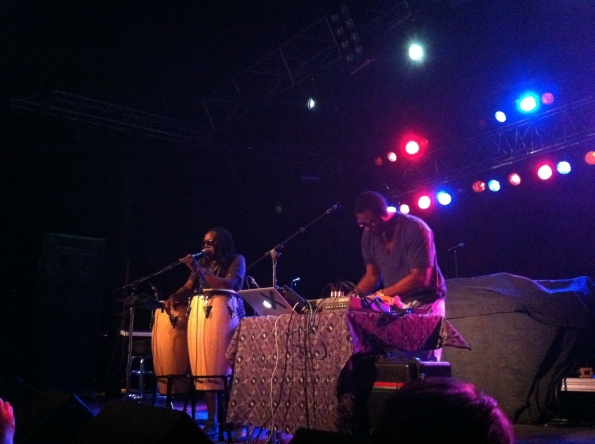 Sadly, the avant-rappers suffered a relatively weak set with off-kilter sound levels truly hindering all that they could do. Ten minutes before they were set to leave the stage, fans started boisterously chanting for Macklemore & Ryan Lewis, ultimately ruining the last strands of a set that should’ve been so much more. 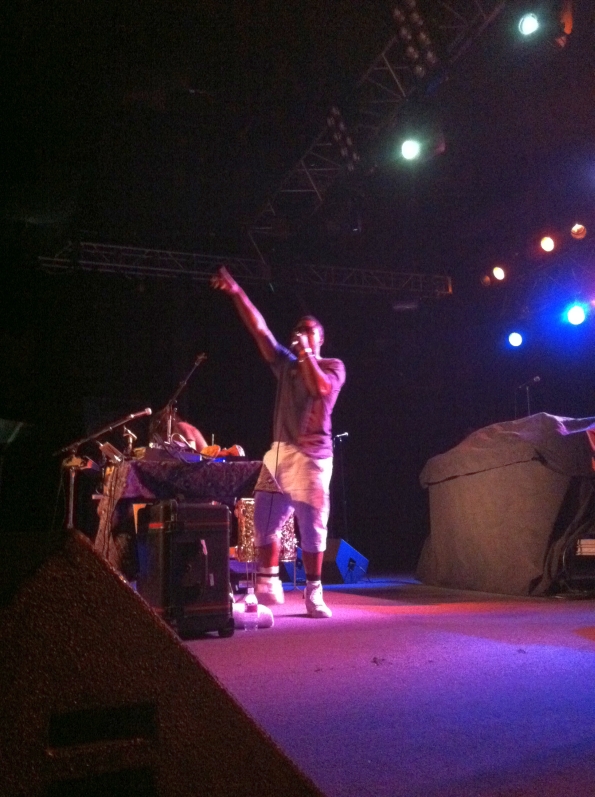 Given its close proximity to Seattle, Macklemore’s set seemed somewhat a homecoming. He not only considers Seattle and Portland to be brother and sister cities, but even supports the Portland Trailblazers. It felt like at the height of his set, all of Portland supported Macklemore too. 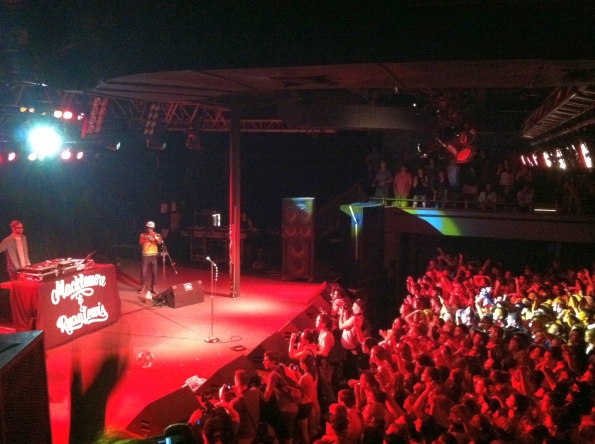 Thousands of hands rose as he asked how many in attendance had had their lives changed by hip-hop. Giving a truly transcendental performance, no subject went untouched: from drug addiction to his hilarious alter-ego Sir Raven Bowie. Such strong performances with audience feeling every syllable and beat are the reason I see any band live, and why I chose to see Macklemore & Ryan Lewis for the second time this summer. 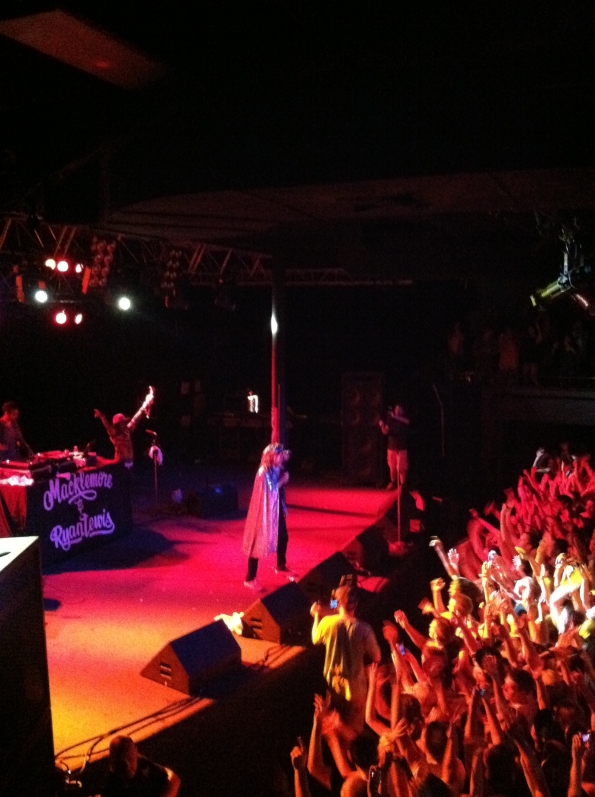 After Roseland, I was headed to Portland’s premiere dance and electronic club, Holocene, for my last genre change of the night. Though I only managed to catch the last song from Mad Rad, what drew me most into Holocene was the fun lounge scene I had entered. Those who were dancing did so with wild abandon while others watched on, drinks in hand, and utter contentment in their expressions. 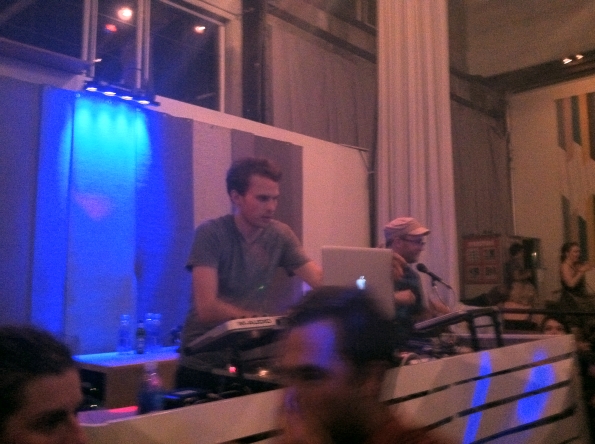 Headliner The Hood Internet was set to play from midnight to 1am but went above and beyond their allotted time as mash-ups of the Beastie Boys, R. Kelly, and Foster The People were thrown around as effortlessly as the constant waves of boogying bodies. By the time the band had finished, it was almost 2am. Though a rather lengthy night, The Hood Internet made staying up late a total blast.