Day two of MusicFestNW started at the Wonder Ballroom with The Joy Formidable and Brand New.  Free passes to the show were available at Jackpot Records making for quite the large crowd. By the time The Joy Formidable took the stage, the ballroom had almost swelled to capacity with an upstairs bar just as packed as the floor. Playing an expressive set with frontwoman Ritzy Bryan changing expressions with each passing chord, The Joy Formidable rocked out on hits from their big label debut, The Big Roar. 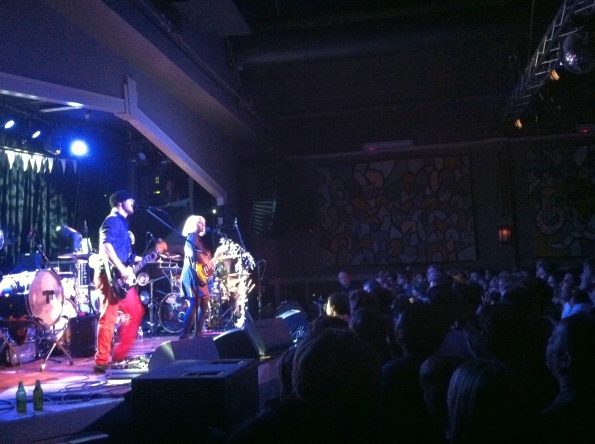 Highlights include “The Greatest Light in the Greatest Shade” and “Austere,” two ethereal jams that truly showcased the band’s versatility. As the music swelled and the crowd started clapping, Bryan exclaimed, “I love you Portland. You guys really know how to keep time!” The percussive last two songs wrapped up with Bryan and bassist Rhydian Dafydd banging on cymbals and toms with red drumsticks as the crowd continued to clap and cheer. 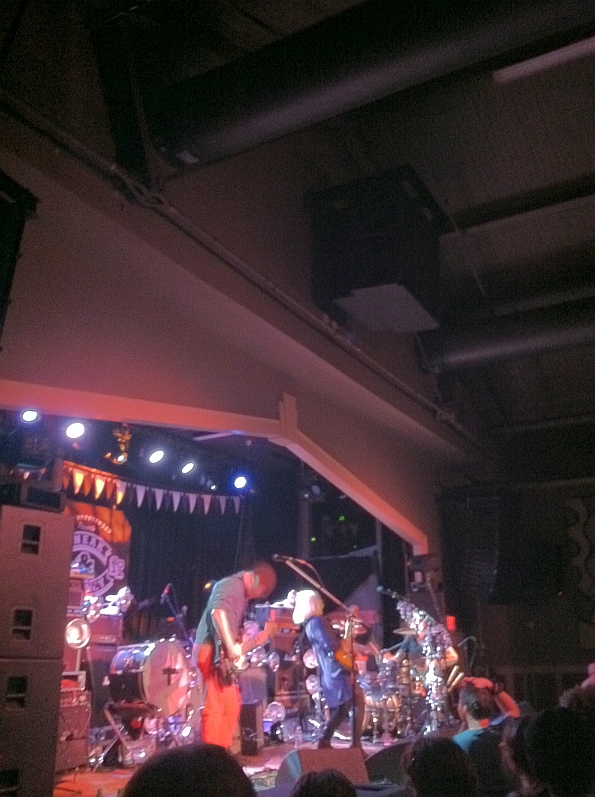 After a twenty minute break, the Wonder Ballroom had officially been overtaken by absolute die-hard fans preparing for Brand New’s set. Brand New reminded me of my high school days and if anything, a majority of the crowd definitely looked to be within that demographic. 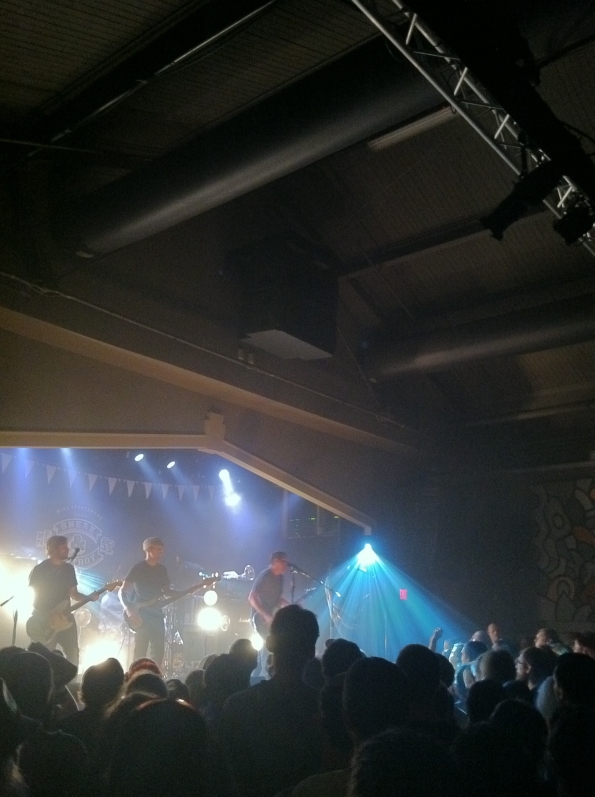 Not that it’s a bad thing; the fans were into it to the point of almost drowning out the band. However, rather uneven levels gave the band the feel that they were just playing in a packed pizza parlor rather than headlining a show. Vocals went up and down and somewhat robbed the band of more a solid performance though I doubt a majority of the audience noticed. 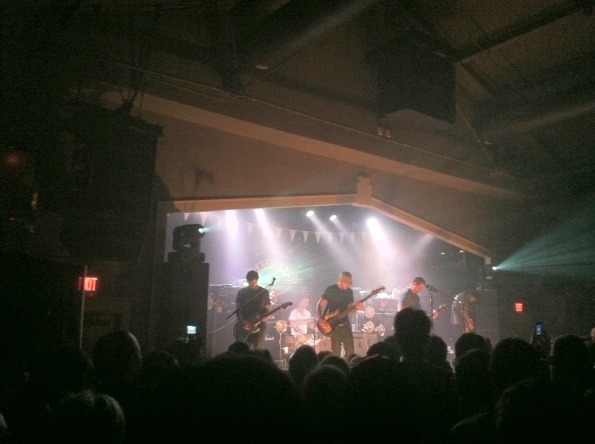 Speaking of levels, as I entered the Roseland Theater, an awful screech of the microphone emanated from the stage while SF-based Dirty Ghosts were playing. The mainly gal-driven band played a solid 40 minute set with not enough fans to do their performance justice. For the first time at a venue, due to lack of warm bodies jumping around, I was actually cold! Attendance didn’t change too much when Thrones took the stage. 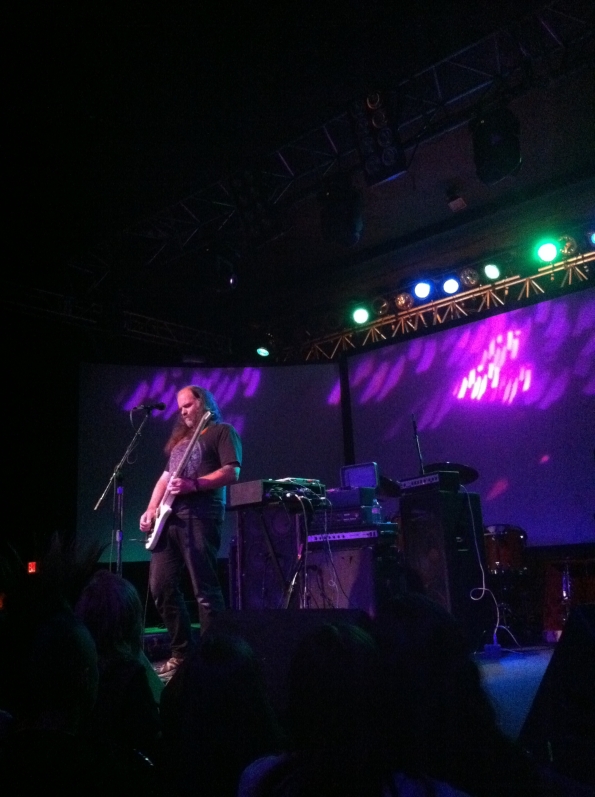 When Joe Preston took the stage, many thought the rather scruffy dude jamming with the vocoder and five-string bass was simply playing a killer sound check; at least, I did. Thrones is literally one man with effects and heavy jams that unfortunately did not seem to move the small crowd of fans more than ready to face the headlining Butthole Surfers. After some jams that left Preston so incredibly engrossed in his playing, you felt as if you’d interrupted something very personal and after some awkward stage banter, Thrones dedicated his last song to the Macho Man Randy Savage and finished up twenty minutes early. 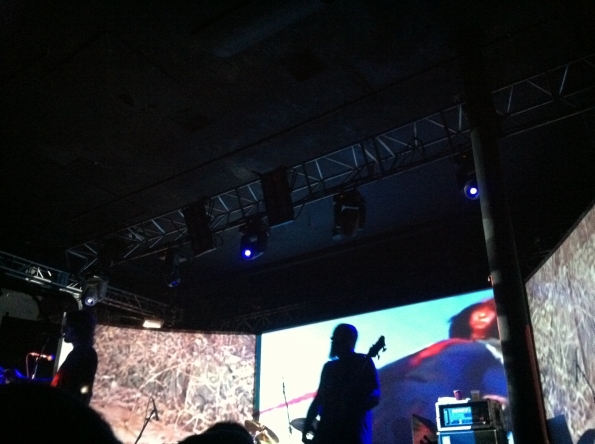 The oddly abrupt set was a small taste of the insanity that was ahead: as Butthole Surfers took the stage, three large projection screens started playing the strangest gore, horror, and R. Crumb-esque comics had to offer. Known for their LSD-driven audience and outlandish stage antics, the band is definitely not for the faint of heart or noise-sensitive, regardless of sobriety. 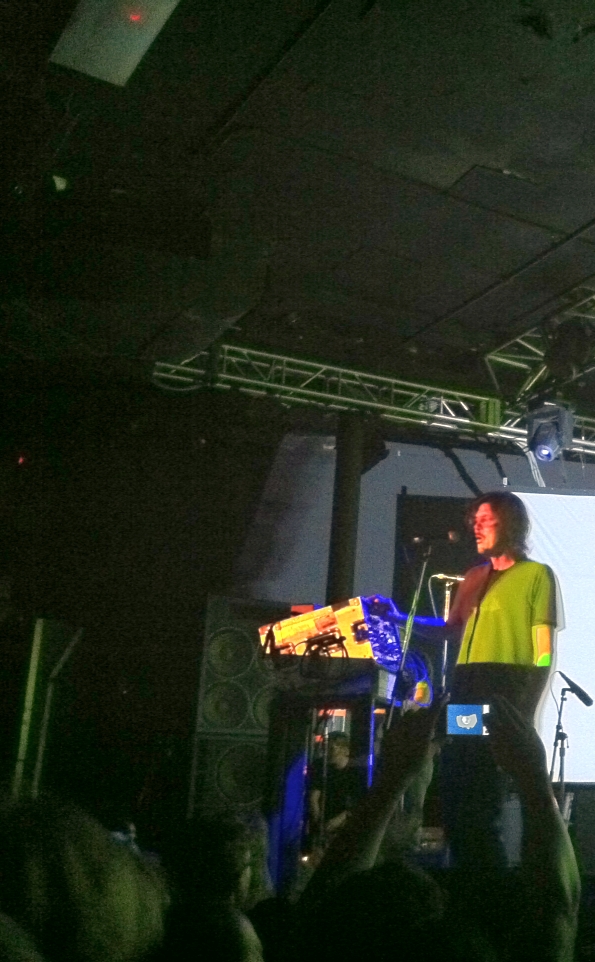 The Surfers gave a solid performance lasting well until 12:30am, with the more mellow folks bobbing along around a pretty hardcore mosh pit. Fans came away from the Roseland Theater with ears ringing and bodies bruised, but altogether content.