Kicking off MusicFestNW 2011 this Wednesday, I divided my time between the rather hot Crystal Ballroom and the rather intimate Bunk Bar. 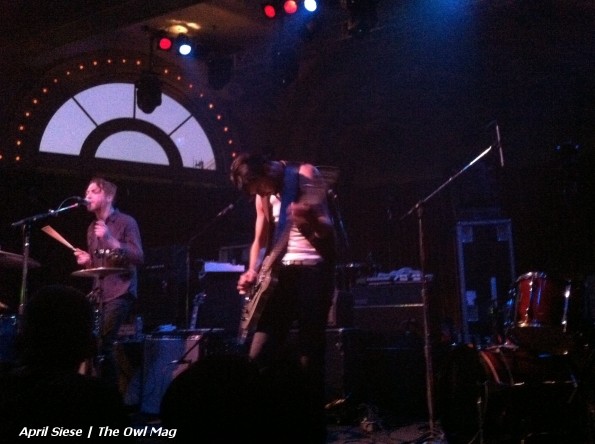 Mini Mansions opened the evening with their signature haunting melodies. Oh, and I wasn’t kidding about the heat; frontman Michael Shuman was soaked with sweat by the band’s fourth song, but that was also when more people started their waltz to the third floor stage and really started to get down to Mini Mansions. 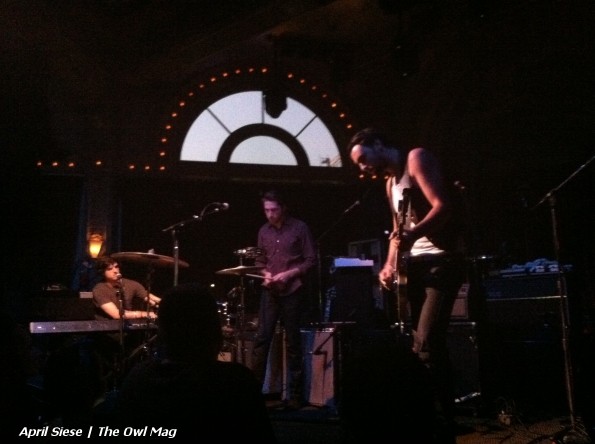 Their slowed version of Blondie’s “Heart of Glass” was truly the highlight of their 40 minute set. Times were kept pretty accurately so at 9pm the uncategorizable Eleanor Friedberger took the stage to a poppy, stylized introduction of the Beatles’ “Eleanor Rigby.” By then, the crowd was bouncing along to Friedberger and her band and again, I do mean bouncing. 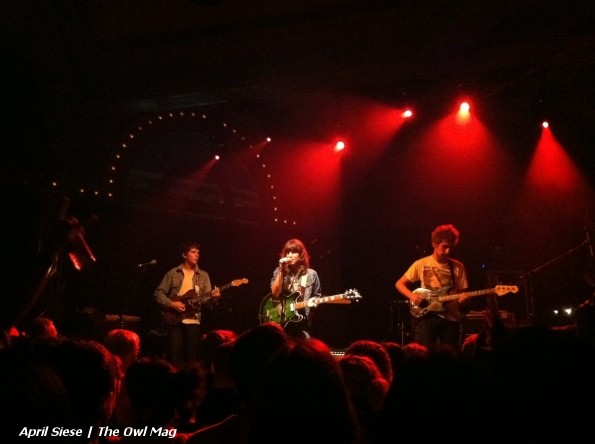 The Crystal Ballroom’s dance floor is quite springy, which made for some awesome dancing, most of which came from a rather short bespectacled man wearing suspenders, a yellow golf hat, and bright red converse, who just about cleared the entire back half of the floor with his uninhibited moves. 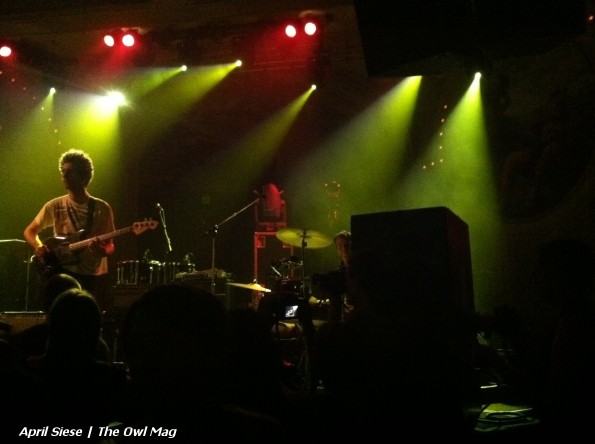 People kept pouring in to the venue, which maintained its relatively sweltering temperature. The Crystal Ballroom is known to be a somewhat hot and stuffy venue to begin with, but Portland’s current 90+ degree heat wave didn’t help matters. Luckily, free water was provided with plenty of cups to go around. 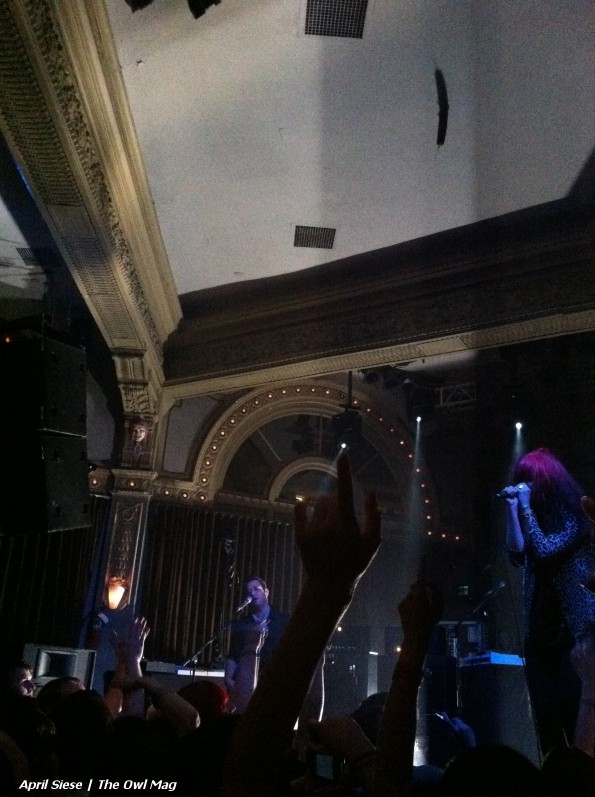 By the time The Kills took the stage, the Crystal Ballroom was a crowded, sweaty mess: perfect for the rather sultry set The Kills put on. Lead singer VV (aka: Alison Mosshart) gave an outstanding performance, her vocals captivating the entire audience and booming through the ballroom enough to stop even the most nonplussed hipster in his tracks. By the time their set ended, it was a little past 11pm, which meant I had to race over to Bunk Bar if I wanted to catch any of Scott Flinn & The Royal We. 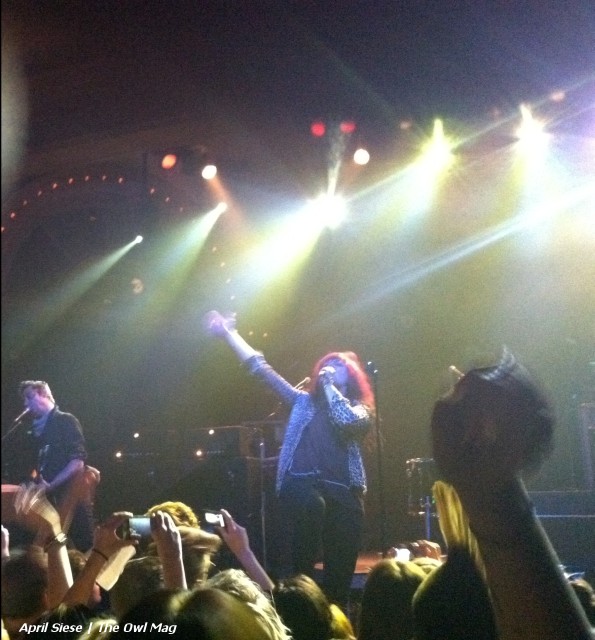 The Bunk Bar is an interesting venue: it’s the meeting place for Portland’s World Naked Bike Ride, which already gives it some heft, and its annex sells delicious sandwiches. After a bit of a wait outside, which was made all the more pleasant by catching the last few songs of Scott Flinn & The Royal We, I was able to make it in and hung out right by the bar, drinking (of all things) a honey lemonade and enjoying the sweet sounds of Crooked Fingers.

All in all, every performance right down to the lighting was solid and if it’s any indication of what the rest of MusicFestNW has in store, chances are Portlanders are in for one hell of a weekend.