Pacific Northwest up-and-comers Morning Teleportation played the Chinatown Youth Center in downtown Fresno and it was a groovy good time for all. Morning Teleportation are in a frantic and vibrant part of their career, having recently played Letterman and having the support of Modest Mouse‘s Isaac Brock, who delivered their terrific debut Expanding Anyway on his Glacial Pace label. Along the way, they’ve shared stages with Modest Mouse, Flaming Lips, and Primus, and it was a lucky crowd that caught this set. Also on the bill were fellow Portland rowdies Animal Eyes, along with sets with locals Achievement House and Mather De Leon. 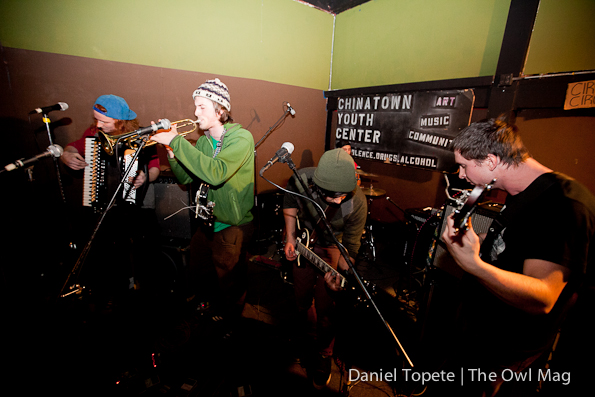 Animal Eyes
The CYC is as promised, a youth center in what I affectionately refer to as “the crackhead district” of Fresno, and it’s usually gritty hardcore shows that go down here, not psychedelically-inflected indie rock, but both bands gave out a great vibe regardless. Animal Eyes were a terrific counterpart to the main act: using accordions and tambourines in addition to guitars and bass, they channeled a tantric, almost punk rock abandon as they threw themselves into their set (which found crackheads entering the audience asking for change and cigarettes). 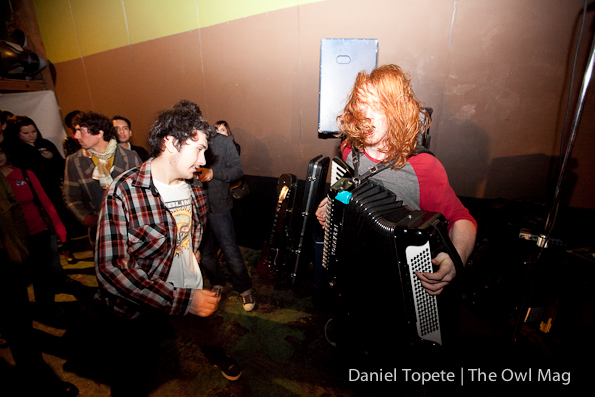 Animal Eyes
Beyond that indicator that we were still in Fresno, the band, whose accordion player is a fire-engine red-haired firecracker named Sam Tenhoff, displayed his band’s fuck-all abandon and enthusiasm to win over the crowd by jumping away into the audience and pounding away at that fucking squeeze box like it was goin’ out of style. Their jams don’t make many concessions to indie rock orthodoxy, but that’s good — they’re onto something bigger and louder and more joyous. The harmonies are split between most members of the band (bringing to mind Dr. Dog) and it’s to terrific effect in the context of their search-and-destroy racket. Two closing numbers found them firing on all cylinders: “Howlin'” and “Grizzly Bear” left us wistful when the feedback stopped ringing. 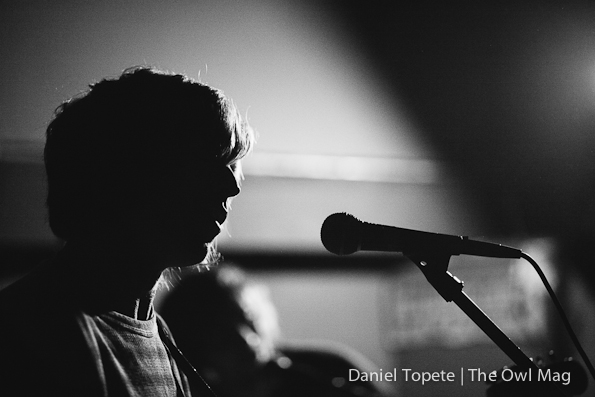 Morning Teleportation
Morning Teleportation have a long history in the Central Valley having played here in Fresno twice previously (and twice in Visalia, about half an hour north). They’ve played here consistently enough to have a serious audience that wants to see them, and it showed. The Morning sound can be described via those previous touchstones: picture the spastic yelp of Modest Mouse‘s Isaac Brock, the childlike enthusiasm and surreal archness of the Lips and the wacko instrumental drive of Primus, filter it through the head of a twentysomething from Bowling Green, Kentucky and you have a band whose album can be considered a highlight of the year. 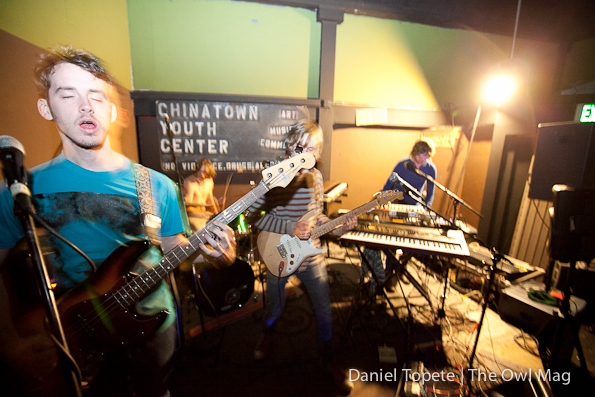 Morning Teleportation
Tiger Merritt, the vocalist and guitarist for this pack, wore a silly surfer-poet grin and a Hawaiian-looking shirt all night. Ballin’! Nah, but on the real though, they stoked this all-ages crowd (on a cheap cover of $7) as far as possible. Halfway through their set, I was inspired to note aloud to the band “The Central Valley loves you, Morning Teleportation” to the assorted laughter and applause of other audience members. “Eyes The Same” is my personal favorite song of theirs and it received a transcendent airing tonight: the lines of “you know the air transforms you” took on new and potent effect all mixed in the handclaps and “whoa-ohs” the band does so well. Likewise, “Snow From Vs. Motor Cobra” found them splitting the difference between a Primus freakout to the soundtrack to a David Lynch sitcom in seconds’ time. New material sprinkled the set, all of which points to a bright future for this band. I saw them at the Cellar Door in Visalia earlier this year and on this night I felt the same surge as before. This band is a bright young talent, unquestionably one of the best new bands of the year. See them in your city soon. 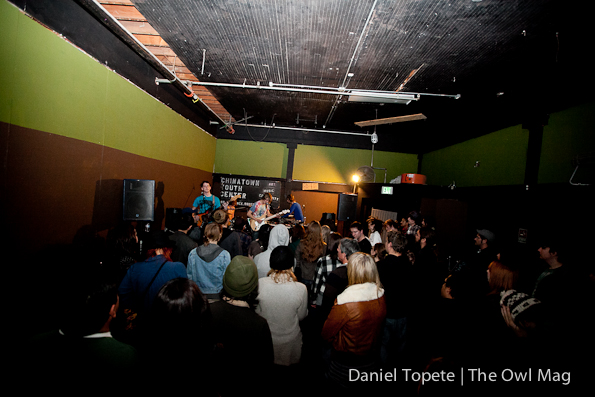