If the Mayan calendar is correct, we’ve all got around 186 days to live. If the recent string of zombie-like events aren’t enough to tell us anything (although the FDA is quick, perhaps too quick, to refute their significance), the end may be even closer (and corporately sponsored by Johnson & Johnson). With The Hunger Games, the Mad Max Reboot, or even the return-from-the-cinematic-dead Ridley Scott’s Prometheus, it seems that our dystopian fate is of high societal intrigue. And with this peaks the common conversation — when the world erupts into fiery chaos, what will you bring? 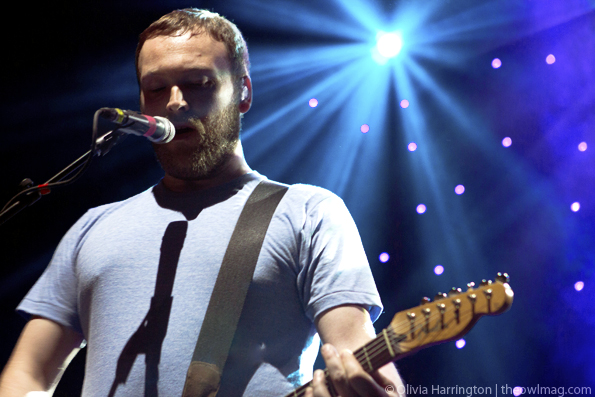 Mogwai
For those whom experienced Mogwai‘s performance at Webster hall last Thursday night, the answer should be nothing else. When the world is falling apart, when Starbucks starts to serve shampoo lattes, when the government releases the viruses and re-awakens Elvis from his sleep chamber, in the midst of the fire and the flames it should be perfectly clear: Mogwai should be standing atop the highest tower with every speaker in land turned past max. And for those still too far away — the only things they need? Headphones and the entire Mogwai discography. 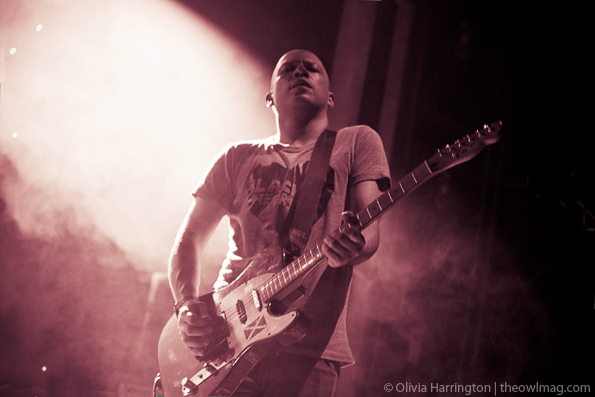 Mogwai
In part, this choice comes from the fact of how well Mogwai handles the apocalyptic title their music has been given. Wasting no time as they took to the stage of Webster Hall, Mogwai enveloped the audience with the sounds of “White Noise” off the all-too-appropriately-titled Hardcore Will Never Die, But You Will album. The layers built, the tension increased, and the audience waited on bated breathe for the climaxing crescendo of chords and chaos. When three guitars were produced on stage for “Travel is Dangerous” it awoke the masses in a big way. Mogwai eagerly responded with the tale of woe and screaming pedals from one of their only songs to be graced with lyrics. 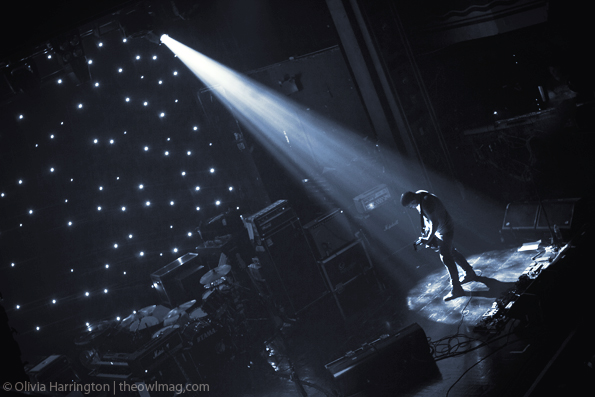 Mogwai
But what Mogwai also manages to do is create sound both effervescent and ethereal. If the rapture were to come, floating nudity would also be accompanied by the opening moments of “Like Herod” — beauty amongst the rubble. As Stuart Braithwaite plunged into the number amidst the blue and green stage lights, it felt as if the whole audience was ascending. No one spoke, some looked upward, but the complete feeling of awe was universal. Stoic and focused, the other members (Dominic Aitchison, Barry Burns, Martin Bulloch, and John Cummings) hardly broke their stance, a balance to the cascading sounds they produced. 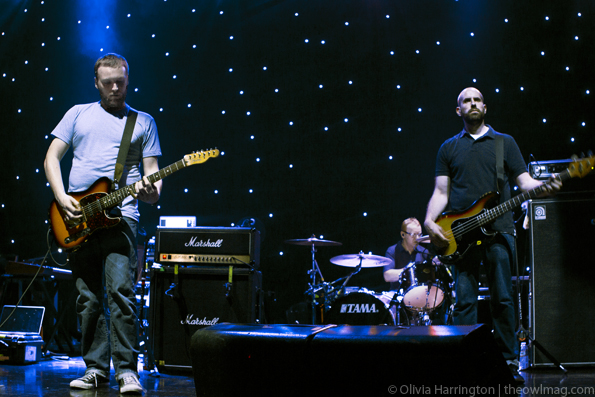 Mogwai
With two canceled tours by Mogwai in the past year, people began to think the end of the world was more likely than an appearance by the post-rock masterminds. For those lucky enough to witness the Scottish quintet that night, there is now one less thing to worry about. Better start stocking up on those headphones… 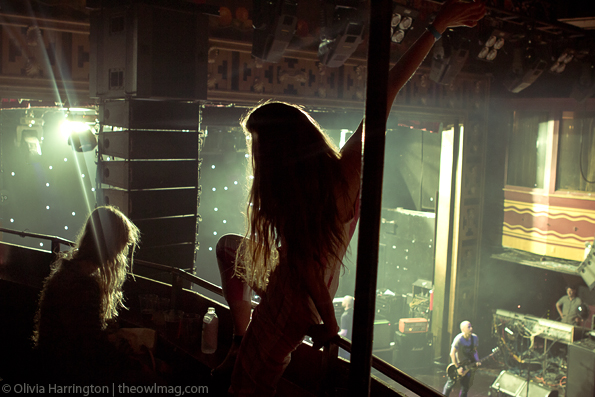 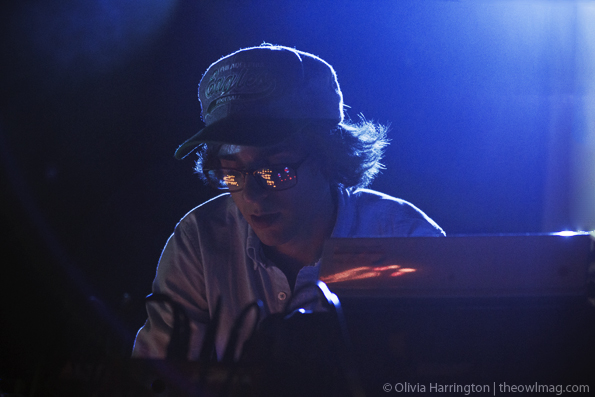