It has been nearly 20 years since the release of Mineral‘s iconic album The Power of Failing. Since then, the Austin band has broken up, members have gone on to form other bands, and in 2014 revived the original lineup. Since 1997, the emo forefathers influenced numerous groups with their loud/quiet dynamic, Chris Simpson‘s raw voice, and measured feedback. 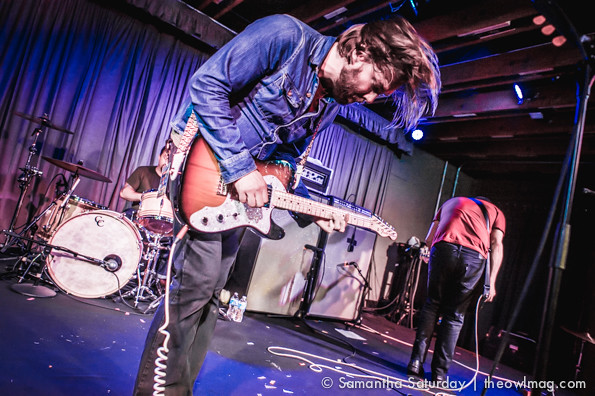 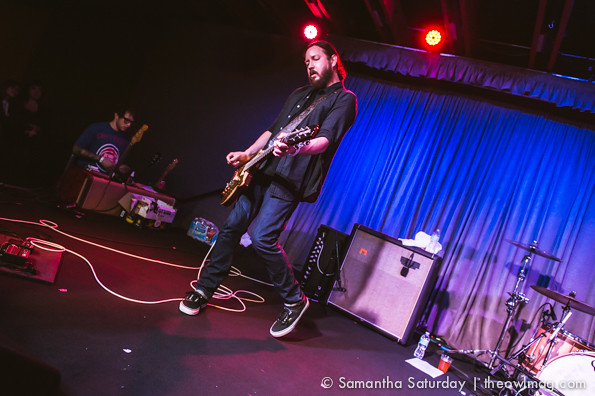 “I can‘t believe we‘re about to see Mineral!” I turned around and the voice matching the statement was much younger than I expected (even younger than myself, as I was only 11 when that debut was released). Another fan brought along a Mineral/Jimmy Eat World/Sense Field 7″ split from 1997 to have the band sign. Both are further testament to the impact of Mineral on generations of music and music fans. And it‘s great to see that legacy living on. 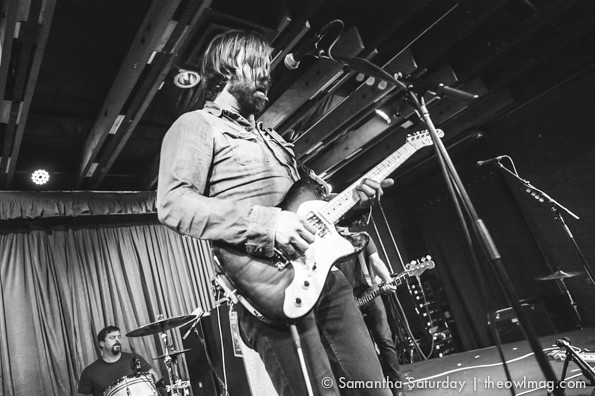 “It‘s Mineral Monday, right? Just like any other Monday,” Chris Simpson joked as if the band’s 16 year absence from music was non existent. Even with an ailing voice, Simpson brought every ounce of emotion to his vocals that you’d expect. Scott McCarver reigned over his feedback with ease, at times jamming his guitar against his amp, still producing sounds identical to what we know on record. Bassist Jeremy Gomez provided a perfect foil for Simpson with his backup vocals while Gabriel Wiley kept this chugging along on drums. 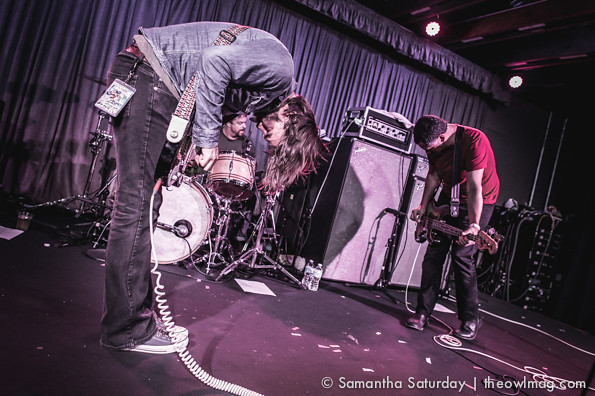 2014 has certainly been a triumphant year for reunions and comebacks, but it’s hard to say that many others held as much sentimental and nostalgic meaning as Mineral’s. Here’s to hoping the group doesn’t make us wait another 20 years to see them again (and maybe even get some new material in the meantime). 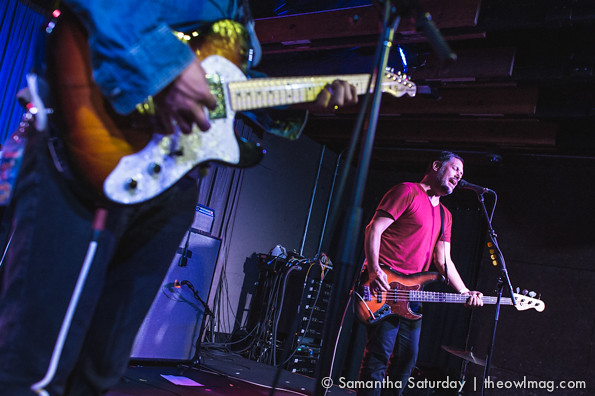 One of many bands that have clearly been influenced by Mineral, Into It. Over It. was in full effect as support for this leg of the tour. Evan Weiss and company hit as hard as any of those early emo bands did, with powerful melodic yet heavy guitar and introspective lyrics. 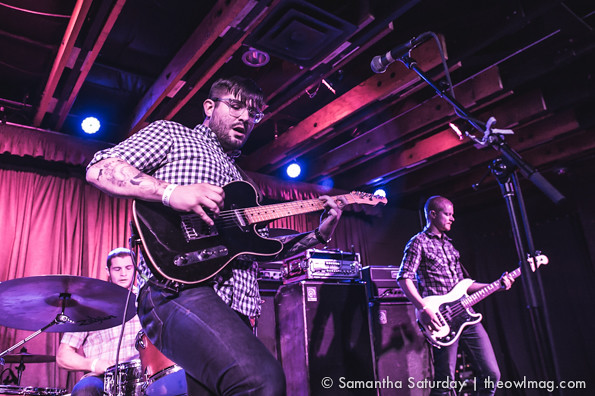 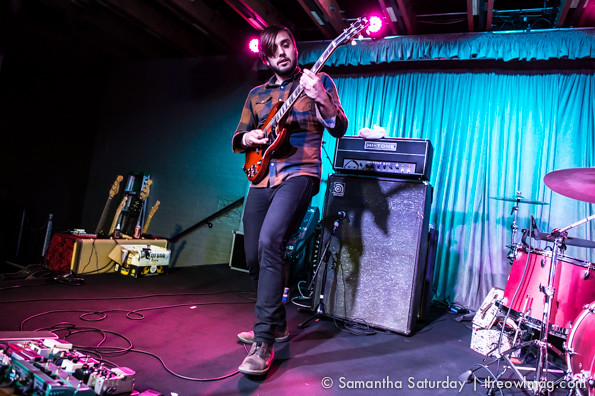 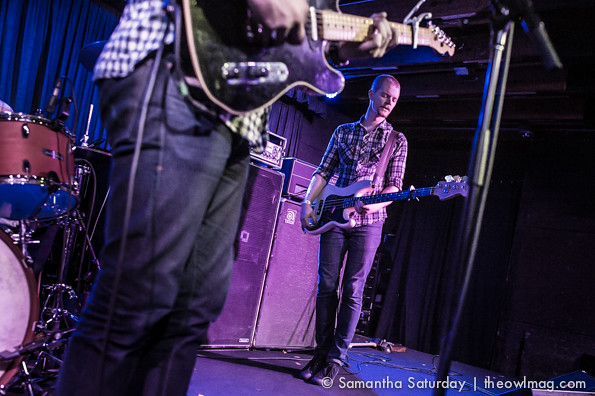