Around this time last year I saw The Generationals open a show at Slim’s in San Francisco, when all I knew of the band was their soul-ish pop tune “When They Fight.” By the end of their set, the New Orleans group had me in their grasp. I was hooked and couldn’t wait to see them again when I knew more of their material. Their performance at the El Rey proved that, like their tourmates, they are a band that started out on the right foot and they keep getting better with time. 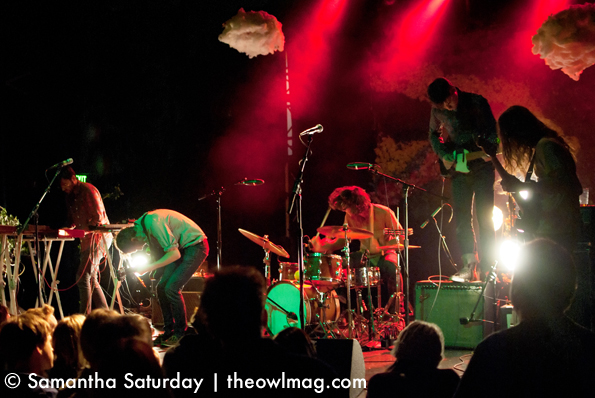 Primary members Ted Joyner and Grant Widmer play off each other well. Joyner provides lead vocals with just the slightest bit of twang, while Widmer mostly stands down from the mic and scrawls out hooky riffs on guitar. With rhythms reminiscent of New Order and tinges of Motown soul for good measure, songs like “Ten-Twenty-Ten” and “Trust” had the crowd bouncing along merrily. 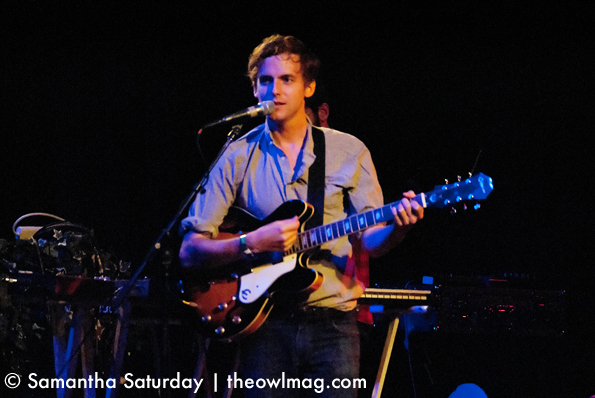 There is no better word to describe Mates of State fans than adoring, especially the ones who make it out to their live shows. Having seen the duo on every tour in support of their six full length albums, I must say, I’ve never grown tired of their collective cuteness. I’d venture a guess to say the same for most of us who have been following the band since their 2000 release My Solo Project. 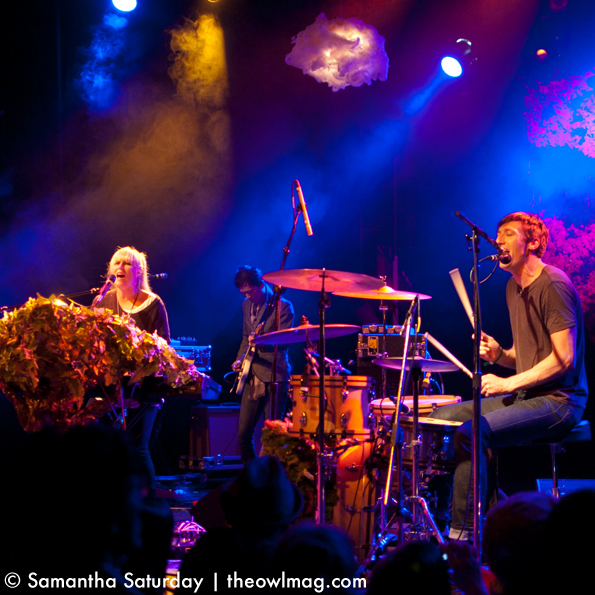 When the curtains parted, duo Kori Gardner and Jason Hammel were poised to jam behind keyboards and drum kit, respectively. Opening the set with “Get Better,” it’s hard for me to remember the last time I saw such detail put into stage decorations. Gardner and Hammel played among piles of lit-up flora, with a backdrop resembling a flower patch. Gardner’s keyboard setup was disguised by a blooming tree and puffy clouds hung from the ceiling, almost flashing along in time with songs like “Maracas” and “The Re-Arranger.” 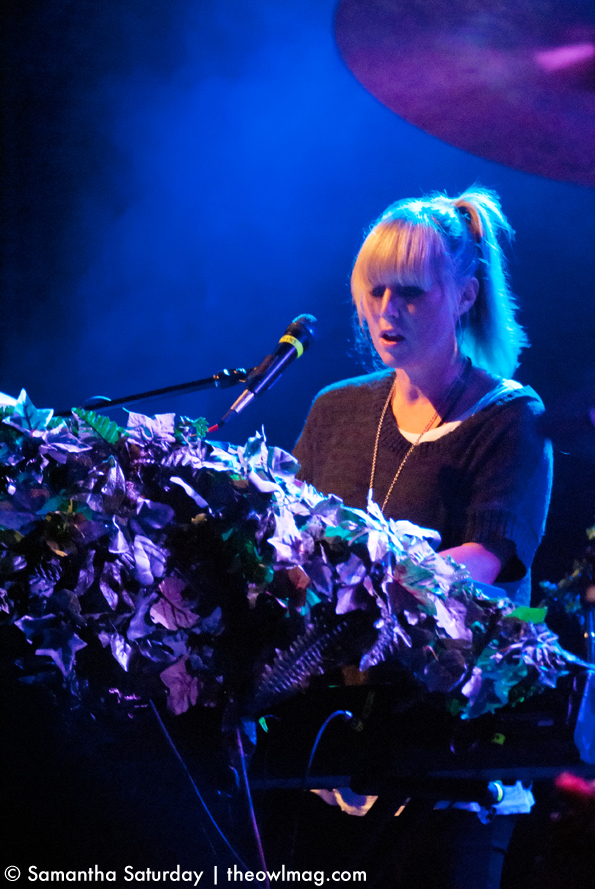 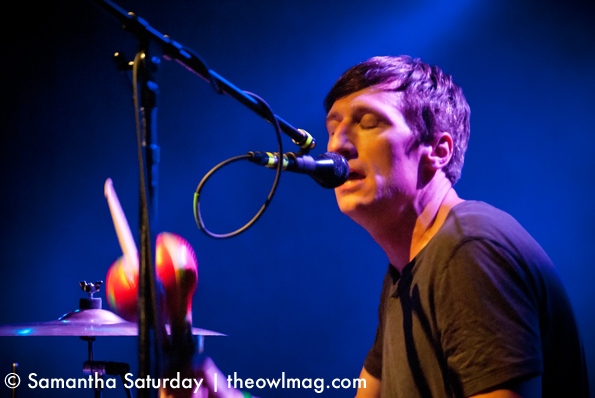 The majority of their set centered around their newer albums, leaving veteran fans like myself slightly disappointed in the lack of the organ-driven duets that serve as the Mates of State foundation. However, their updated rendition of long-time fan favorite “Proofs” was nothing to scoff at and possibly the best song they performed all night. One thing I can say for certain is that Mates of State takes their live performance to a level that both old and new fans will enjoy and appreciate.