The combination of Chance the Rapper, Action Bronson and Mac Miller at the same venue are a match made in frat boy hype heaven. But sculling through the mass of underaged billed caps, un-ironic cargo shorts and Jansport bags last Sunday at San Francisco’s iconic Warfield, it’s clear the fratties are onto something.

Chance, the Chicago newcomer and Donald Glover bromance partaker, who dropped his Acid Rap mixtape earlier this year, took the stage far earlier than expected. Though he was billed third (after Vince Staples and The Internet), Chance was already rolling through his first track when this writer arrived. 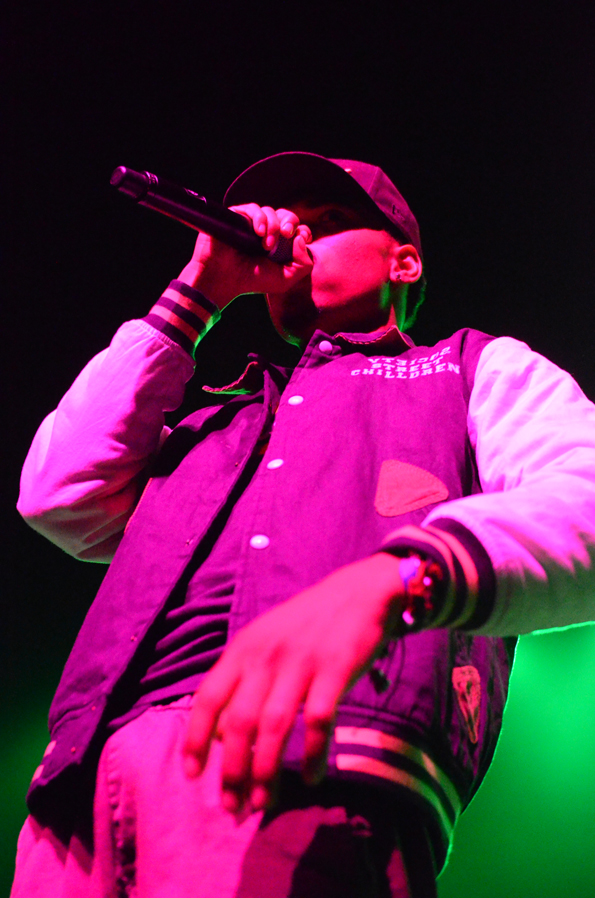 And his set was fucking fresh. Only working with a half hour, young Chance and his hype man careened through Acid Rap’s best cuts, with exactly the kind of energy you’d expect from a kid excited to be touring with two well-established East Coast rappers. For the last one, “Favorite Song,” a track recorded with Childish Gambino, headliner Mac Miller crashed in, joining Chance for some last minute bustling.

Next, ginger beard keeper, nursing home entertainer, and tampon fearer Action Bronson drifted out shortly after, delivering a true, straightforward, frill-less hip-hop set. He paused to spit a cappella periodically, playing to his fans in the crowd, and in the process delivered everything a rap show should have: personality, swagger, and pure skill. Bronson started the set with “Alligator” from the new EP. He rapped, “I ride so dirty, I’m ‘bout to buy an alligator for my birthday.” He’s clearly in on the joke, and is having fun with it. The crowd was feeling it too, rapping along with their arms in the air. He’s a student of 90s New York Hip Hop like the Wu, Nas, and Mobb Deep, and kills within its constructs. 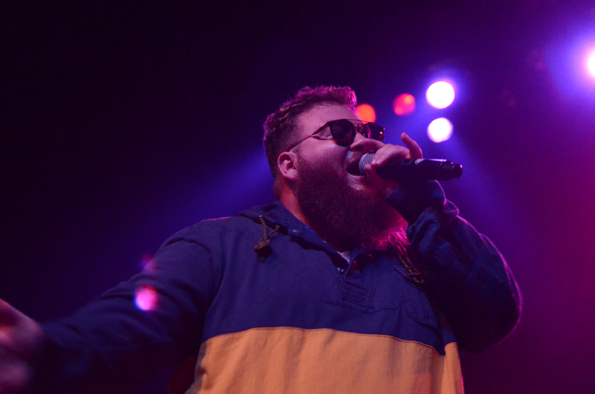 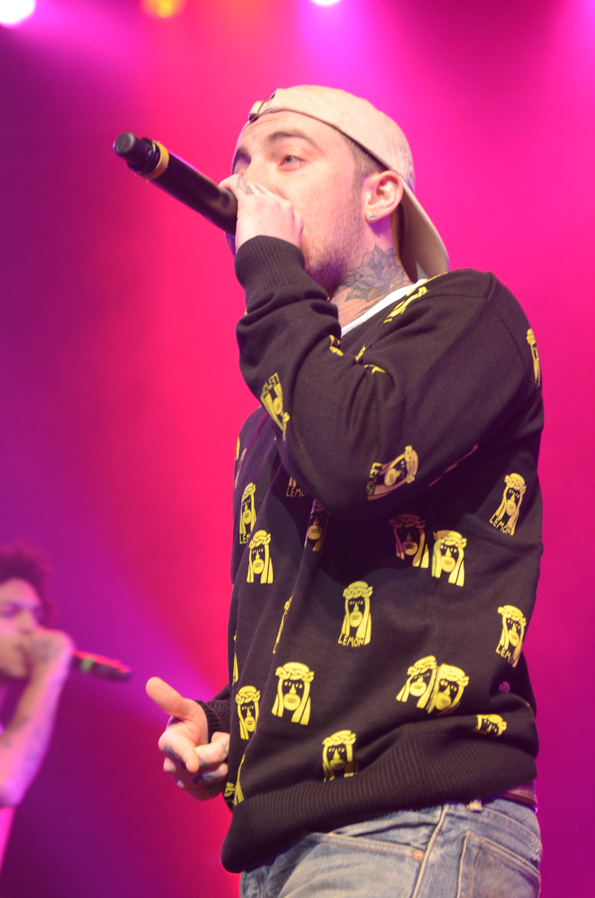 To establish his headlining status, Mac Miller emerged to a wild crowd to play a very long set, and here was the flamboastin’ that usually comes with a Warfield show. Utilizing every ounce of effects the venue offered—from smoke cannons to strobe lights— Mac came to show off as he rode the success of his genre pushing Watching Movies with the Sound Off. 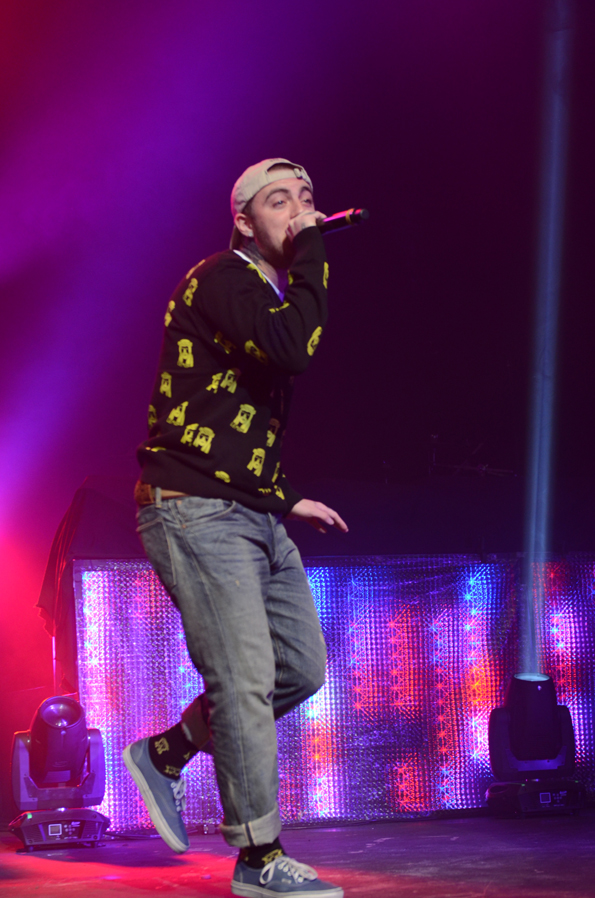 Around the 55th minute, Mac picked up a guitar and brought back out the Internet to accompany him for some live instrumentals. There was a nice moment when he played the chords to “Reckoner” and “Weird Fishes” from Radiohead’s In Rainbows, but it should have stopped there. Instead we got slow tempo guitar rock. At one point he played the guitar behind his head. If you only subsisted on a steady diet of hip-hop, the rock may have come as a refreshing change, but if you’re into rock, it felt amateurish and self-indulgent.

But, in what was perhaps the weirdest and most white-boy hip-hop moment of the night, Mac improv’d straight into the theme song from “The Fresh Prince of Bel-Air.” Deciding this was the most gangster time to make it rain from the Mezzanine, the audience watched as some ass hat floated dollar bills down to the standing room, cutting through cannabis clouds, as Mac rapped about the time a couple of guys started making trouble in his neighborhood.

Three very different rappers at one of the biggest commercial venues in San Francisco. This is hip-hop in 2013, you guys. It’s a circus out here— welcome to the show.