On wikipedia Los Campesinos! reads as a band who’s already peaked. Their most acclaimed record, Hold On Now, Youngster… was released one EP plus two LPS ago, two original band members have departed the group to return to their studies while one was flat out asked to leave, and to replace the keyboardist, lead singer Gareth, Campesinos! looked to his sister to keep the band chugging along.

On Friday night at Great American Music Hall, it seemed as though the seven-piece Los Campeesinos! knew these facts, but as a British group that appeals to the emo side in every adult, they delivered like a band on top. 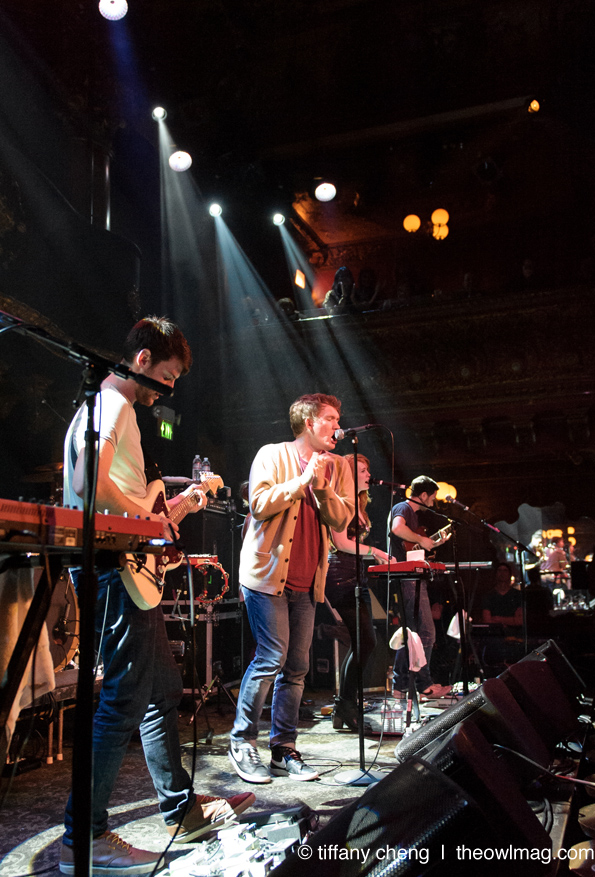 The show started in a boom, boom, boom fashion with one quality track from each their three LPs, By Your Hand, Romance is Boring, and Death to Los Campesinos! Lead singer Gareth, a man who resembles Schroeder from the peanuts comics and who is equally as sad, proved to be as angry as would make an audience ready to shout lyrics proud. The best of this came mid-set when he asked, “Are there any couples here?” No more than a small handful of people raised their hands. He continued, “A Los Campesinos! show is no place for couples! Next time we come to San Francisco, you’ll be broken up.” 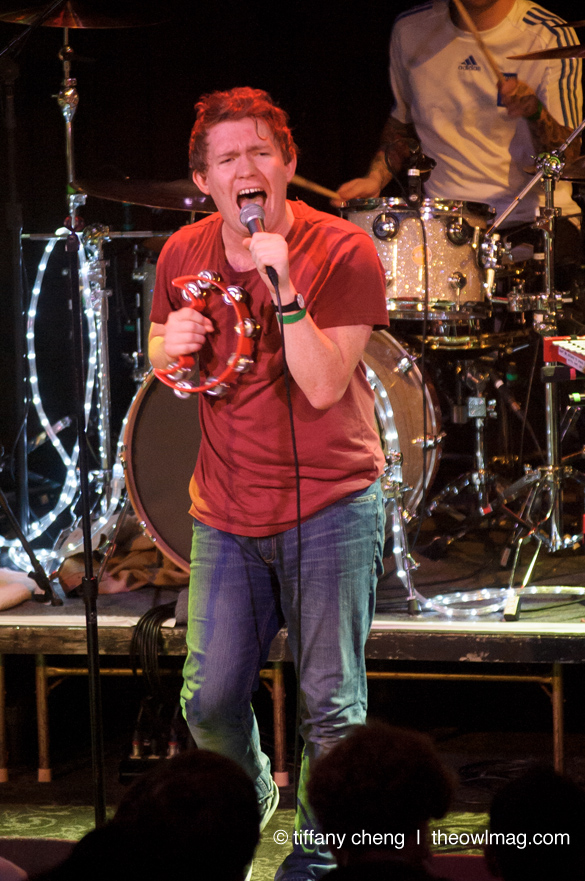 On that dejected tone, they appropriately dove into three more expressive tracks, “Songs About Your Girlfriend,” “There Are Listed Buildings” and “We Are Beautiful, We Are Doomed,” which at one point caused a mosh pit and eventually culminated in the entire building shouting “oh we kid ourselves there’s future in the fucking, but there is no fucking future!” the clutch line of “We Are Beautiful, We Are Doomed.” Emotionally scarred adults were having quite the night of their lives. 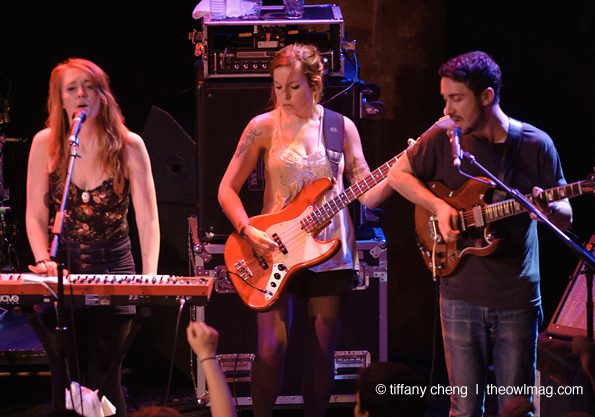 The set slowed down quite a bit as LC! chose to trudge into “Straight In At 101” and “To Tundra,” arguably two of the last songs anyone in attendance wanted to hear. More or less affirming this idea, Gareth relayed, “After playing a new slow song, let’s play an old one people like.” Cue the highlight of the evening: “You! Me! Dancing!” 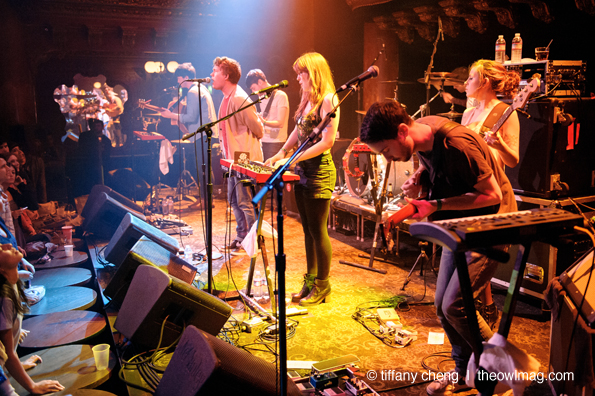 Everyone came down from that high as they listened to “The Sea Is A Good Place To Think Of The Future,” “Hello Sadness,” and “Baby I Got The Death Rattle.”

Next came a short break, outrageously loud cheering for “ONE MORE SONG!” and the band was back with not one, but two more songs, “Miserabelia” and “Sweet Dreams, Sweet Cheeks,” the last of which had Gareth demanding a parting of the crowd to dance with his audience on their level and then ended with him climbing on the side of the stage overlooking his fans to complete the set. 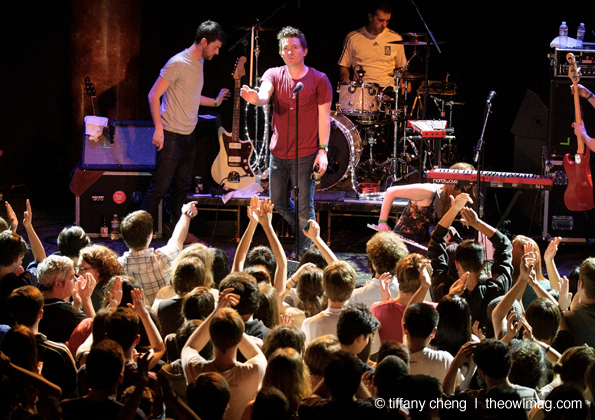 Despite nearly half of the original group being gone, two less-than-stellar full lengths and it being slightly odd to watch Gareth sing about his explicit love life with his sister on backing vocals, a Los Campesinos! show is just as great as ever for getting your emo shout-fest on.

The night began on a slightly different note, with friends and collaborators of Gareth Campesinos!, Parenthetical Girls warming up the crowd. This group was all about antics and less about music. From throwing cymbals and smashing them mid air, to scaling the walls in order to play a drum beat on a column of the building, to deep throating a mic, Parenthetical Girls were energetically entertaining. But really, these enjoyable incidents were mostly forgotten by evening’s end as this show certainly belonged to Los Campesinos! 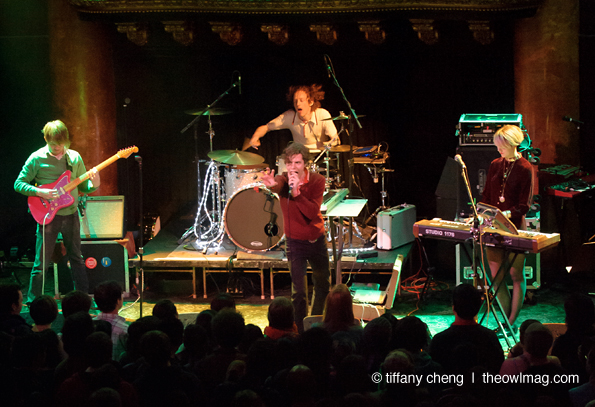 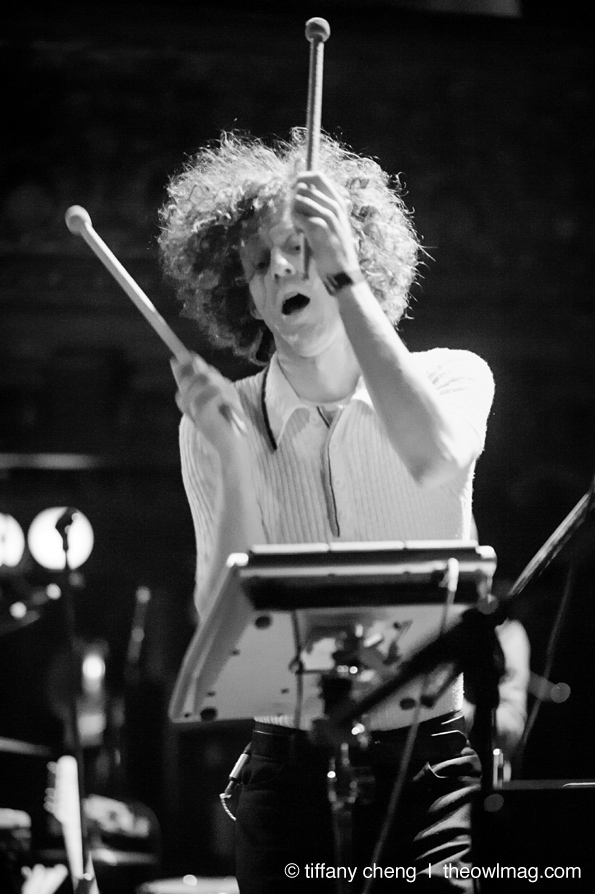