There are times when I write a review and it takes nothing. My fingers spill my lexicon without giving it much thought. Then there are times when it takes hours because I’m overwhelmed by the splendor of what I witnessed: my paragraphs must pay respect to the artist, the venue and the music that left an impression on my heart. This is one of those times. 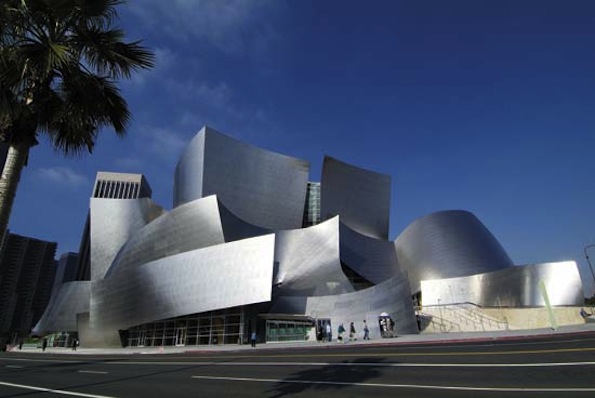 Exactly two years ago in February â€˜09, Silverlake band, Local Natives played a residency at Silverlake Lounge – room capacity 225. It was only one year ago they released their critically acclaimed debut albumÂ Gorilla Manor. In the twelve months that have passed, the quintet have trotted the globe including recent stints in Japan and Australia. On Saturday, exactly two years later, after two months of preparation and perfecting new arrangements, Local Natives along with a 25-piece orchestra performed to a sold-out audience at Walt Disney Concert Hall – room capacity 2265. 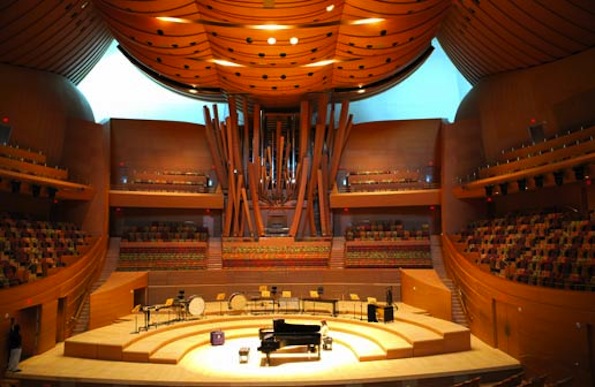 “This is my ultimate dream, to play here!” Taylor Rice (lead vocalist/guitar) jubilantly expressed after which he explained that during his last semester at UCLA he took a class in architecture and toured the Disney Concert Hall with his class, “… that was two and a half years ago!” Kelcey Ayer (vocals, keyboards, percussion, guitar) while sitting at a baby grand proclaimed, “I finally get to play on a real piano,” after which he pointed at his red keyboard and said with disdain, “I hate that!” to which the audience erupted with laughter. 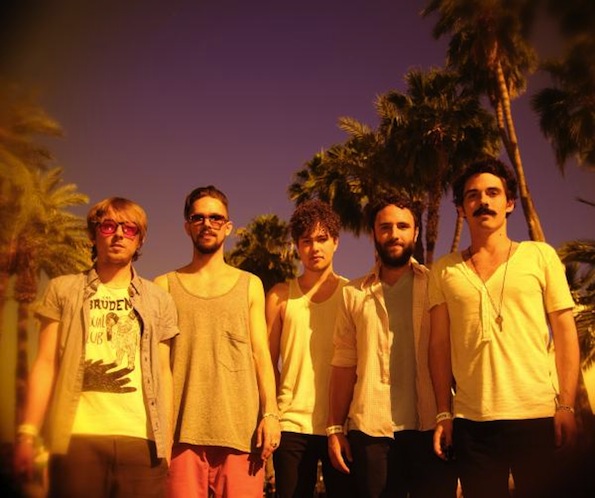 Local Natives performed two sets this particular evening, the first included a string quartet followed by the second to which the orchestra provided breathtaking arrangements I won’t soon forget. Never did I ever imagine I’d be brought to tears listening to “Warning Sign,” yet that’s exactly what happened. Dressed ever so slightly “up” and under subtle lighting (no fancy light-show here!) Local Natives played six songs offÂ Gorilla Manor including a new cover titled “Careful” with Kelcey on the organ, followed by another six during their second set, and finally ending the evening with an encore of “Sun Hands.” Three times during the evening the audience plowed out of their seats to give the band along with their 25 new friends a standing ovation.

Local Natives won’t be slowing down anytime soon. It was recently announced they’ll be opening for the Grammy award-winning Arcade Fire during their West Coast tour this spring: just another rung in the ladder to success. This is what I love most about indie music: being witness to the transformation of a young band becoming something truly special.