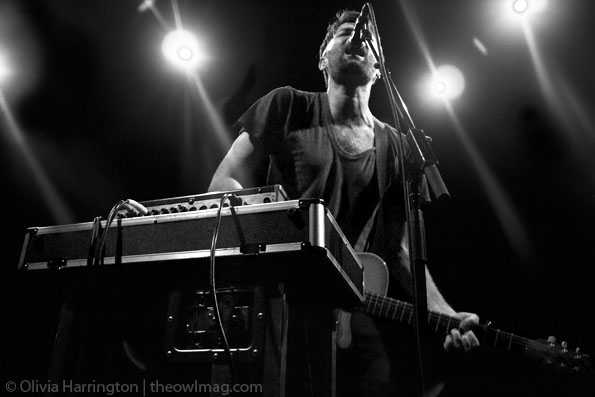 Opening the night at Music Hall of Williamsburg was Porcelain Raft, a one-man band that presents something that falls between two other popular buzzwords: “chillwave” (of which he is only slightly and even so, would be at the top echelon of acts) and “dream-pop.” Porcelain Raft, the moniker of Italian Mauro Remiddi, has had an odd array of musical occupations, from reworking songs for a North Korean festival to singer of Sunny Day Sets Fire, along with his youthful beginnings scoring Italian films. It is the that latter seems to have a strong presence on Remiddi’s current musings as his songs could easily provide the soundtrack to the most heart-wrenching cinematic dream sequences. The tall figure standing as a lone shadow on stage is slightly jarring and a perplexing sight. Approaching the microphone, he launched into “Talk to Me,” a song of layered sound that rattles against itself, pulling itself about as Remiddi’s falsetto hums against a haunting drumbeat. There is a reckless seduction about Porcelain Raft, a tension that builds between tender octave climbs and the cacophonous sounds that seem otherworldly, both in their tone and in their creation. Angelic notes echo from barely parted lips as Remiddi simultaneously dabbles with a peddle board and guitar strings. Porcelain Raft ended his brief set with “Despite Everything,” a song that feels anchored in deep melancholy. As it turns out, it is also the song that Yuck chose to cover on a limited release 7 inch-split, where Porcelain Raft returned the favor with his version of their “The Wall.” 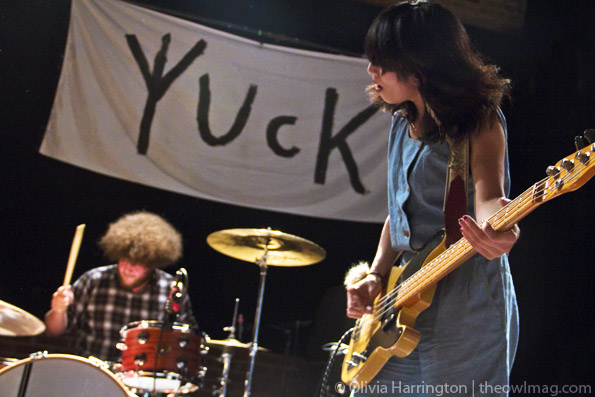 At the very back of the stage, a small set of curtains parted to reveal the Yuck banner, a white sheet hung loosely with the band’s name scrawled in black paint. As the four bandmates took the stage, they immediately launched into their B-side bonus track release “The Base of A Dream is Empty,” but it was the familiar “Holing Out” that came on next that had the crowd beginning to shake (rattle and roll). Here is where it is easy to connect the dots on the nostalgia pin board. Surely it would be remiss to say that the guitar reverb of Dinosaur Jr. wasn’t present or that the sound of Teenage Fanclub didn’t echo in the halls. But what differentiates Yuck is that nothing ever feels like a cover band schtick nor does anything seem like a blatant rip-off. What appears is actually a band whose sound far surpasses the maturity of many of their nostalgia counterparts, Best Coast and Wavves easily coming to mind (although, to be fair, they are not grouped within the same nostalgia period). 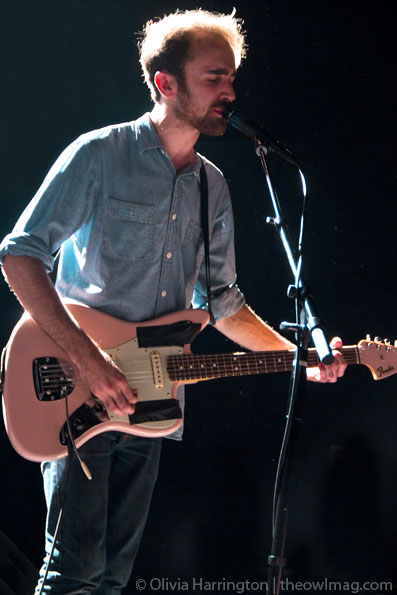 Yuck dispelled rumors of a lackluster stage presence, laughing and joking, while not leaving too much time between songs. Luckily the in-between moments were filled by drummer Jonny Rogoff’s witty cracks, who admitted he wasn’t used to having a mic so near to him and banter between the two longest running friends and bandmates, Max Bloom and Daniel Blumberg. Mostly, however, there was little talk, opting instead for a replacement of distortion and peddles and sonic calamity that was as intense as it was intriguing. Blumberg often hunched over his guitar casually shrinking over to bassist Mariko Doi who swayed rhythmically from side-to-side. It wasn’t much in the way of the unseen maneuvers, but the idea that everything must be a spectacle is a notion that is, aside from other choice words, ridiculous. 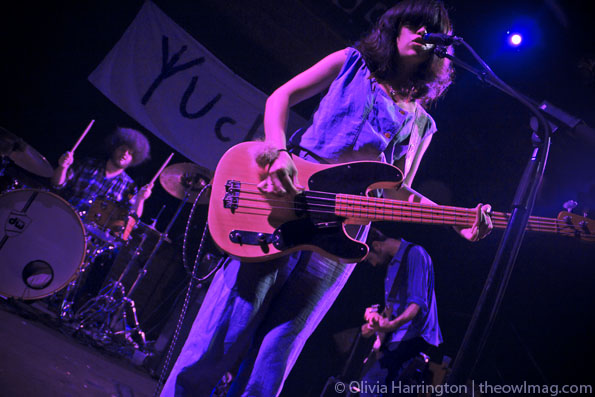 In what would be the second-to-last song, “Stutter,” Blumberg seemed to seize the angst title so eagerly bestowed upon him, curling his face into twisted contortions, sneering and spitting out lyrics as if the very act was painful. 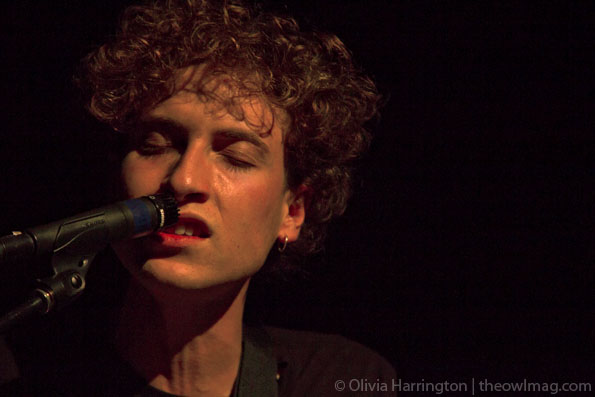 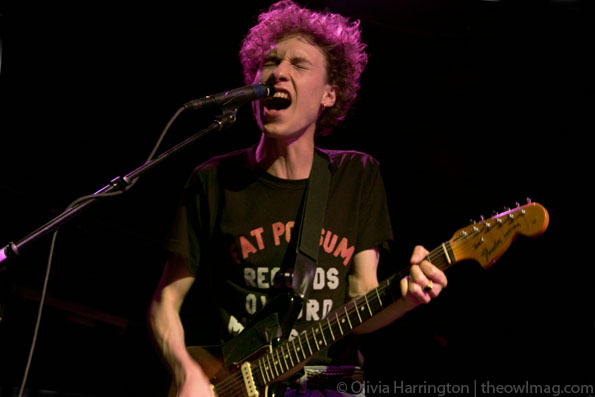 At the end of their final song “Rubber,” Blumberg and Bloom collapsed on the stage, entranced by the pedals and wailing wall of sound they created. Both Rogoff and Doi quietly slunk off through the backstage door leaving the two shadows hunched over their machines, a pair of Doctor Frankensteins at work. Just as the room felt as if it could collapse from the weight of the reverb, the duo got up, Blumberg lingering to turn one last dial on his amp, before mustering a simple wave and walking off. 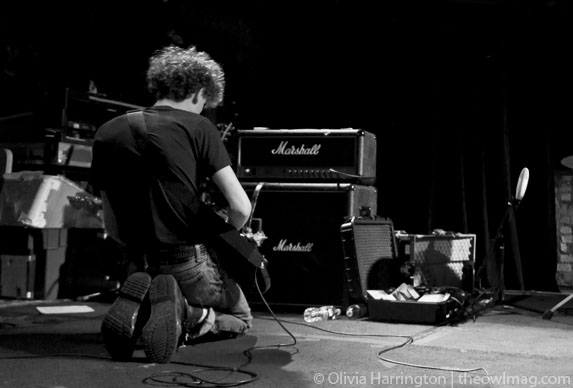 Yuck’s sound is often compared to an era of music that passed almost two full decades ago. So what does it mean to be part of a nostalgia trend? What seems often to be lost in the overhaul of so much music, be it categorized as nostalgia wave or chill-wave, post punk, proto-punk, is a general sense of awe. It is in part because of the excessive classifications, such as the bickering over nostalgia and in greater part due to the impersonality that comes with a download culture. What seems to be forgotten is that some 17-year-old Londoner sat down and penned the lyrics to the hauntingly beautiful “Suicide Policeman” or that the crashing drums are produced by a kid from New Jersey who happened to run into a UK bloke in a Kibbutz in Israel. There is a striking intrigue that is present in the here and now. These are the little things forgotten when we fight over the right to the past. Because even if this music is looking backwards, if the show was any indication, Yuck‘s career is only looking forward.