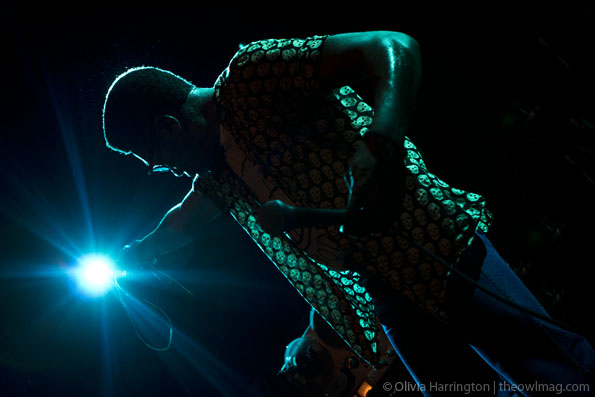 Acousmatic Sorcery is perfect title for the debut album from the mysterious Willis Earl Beal. Beal seems to exist between realms, building his own realities. On stage, he’s a figure that recalls a by-gone era (leather jacket, glasses, black gloves, tightly cropped rectangle hair, all recognizable relics juxtaposed with Beal’s “Nobody” shirt). And the legend that has formed around him is quite the tale: born in Chicago’s south-side, an introspective, yet awkward dreamer finds himself lost and without direction. He joins the army, then is discharged for health reasons, decides to soul-search in Albuquerque, where he thinks to sustain himself on romanticized notions of desert sunsets. Awakened to a lonely and penniless reality, he finds himself struggling, homeless, and alone. He leaves handwritten drawings over town, wanted ads for futures lovers. He writes cards with his number so that their finder can call him and he’ll sing them a song. He also begins a home-recording process, capturing raw, visceral songs that highlight a lack of training and presence of natural talent. He will reflect on these as a form of discussion between the artists he adores. Longing for connection, his early recordings became a call a response to the likes of Tom Waits, Bob Dylan, Jandek, and Cat Power.  He too scatters these across the plain. These are picked up and serendipity steps in to find him profiled in Chicago’s Found Magazine. At some point during this time, he auditioned and made it through to the Bootcamp aspect of the television show The X Factor. Just as it always had, Beal’s life reveals a new twisted path when he found himself signing with XL Recordings imprint label Hot Charity. And the rest is harrowed history, or at least, it looks to be as if it will be. 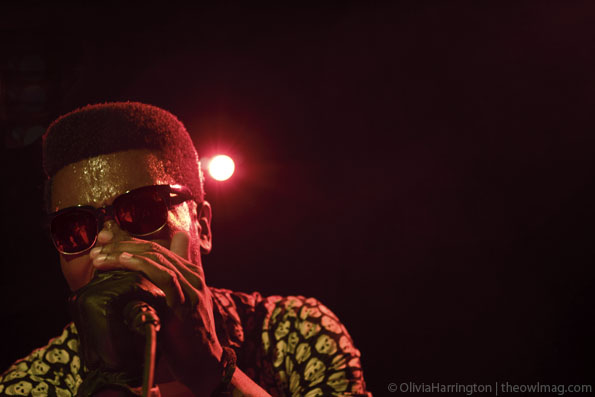 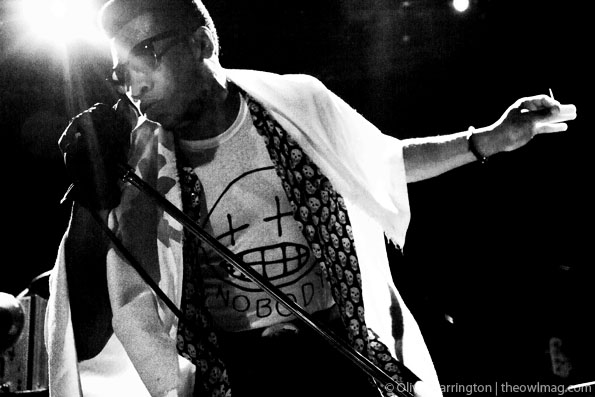 That’s the story that’s befallen the young man who now takes the stage in Brooklyn. A lone performer, Beal takes note from various bands of outsiders. His sets always begin with a reading from Bukowski. His album cover consists of three figures: himself, his girlfriend, and a Dylan portrait that hangs in the background. His famous drawings and doodles recall Daniel Johnston and Jeffrey Lewis. But nothing sounds or seems like a rip-off. In the age where we battle for authenticity until the death (or Born to Die), Beal may aspire “to be the black Tom Waits,” he may compile an anthology of like-minded artists, but the weirdness, the downright sorcery he’s brewing is all his own. Or is it? 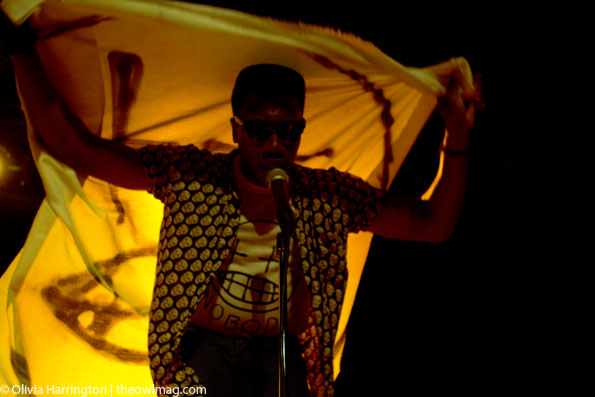 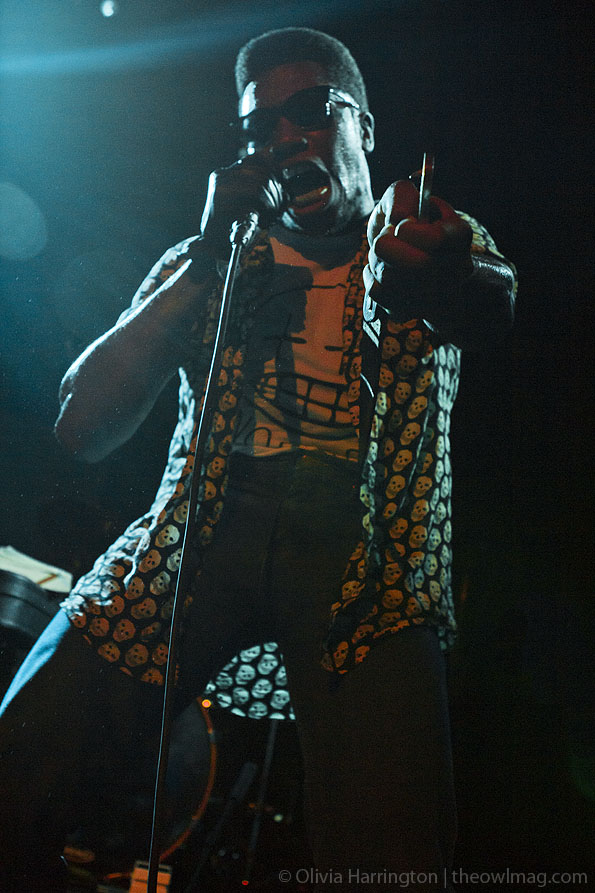 Because adding to the mystique is Beal’s rejection of that very identity. He feels stifled by journalistic reliance on his tale. His propensity for astute and frank discussion has lead to comments that blatantly reject the troubadour identity so quickly attached tom him, “I really don’t care much about art any more…I just want to have a stable life, a nice girlfriend, and money for a change. I’ve lost too many jobs and failed too many times,” (as to not rely on the very sensationalist journalistic tools Beal rejects, one might want to read the whole comment). He’s a conflicting, confusing, and downright enigmatic figure. 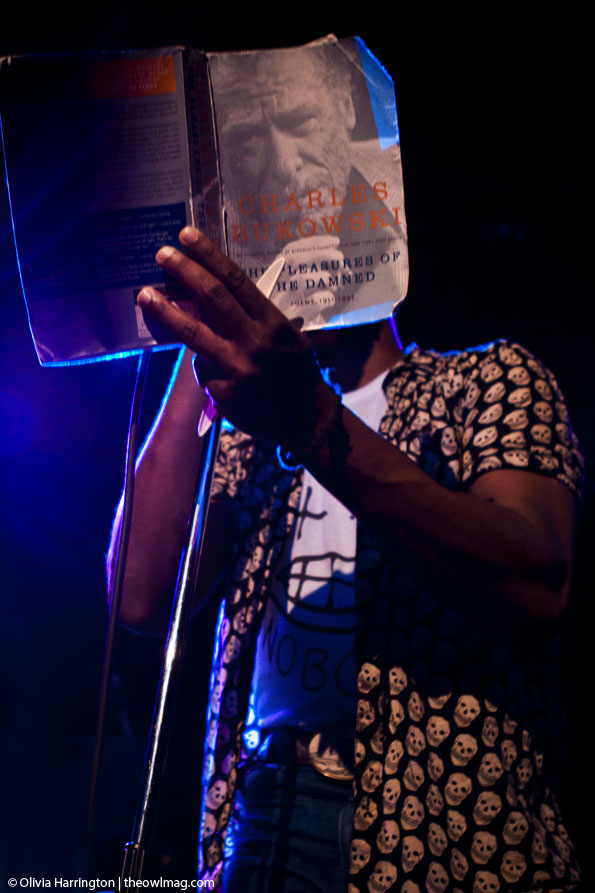 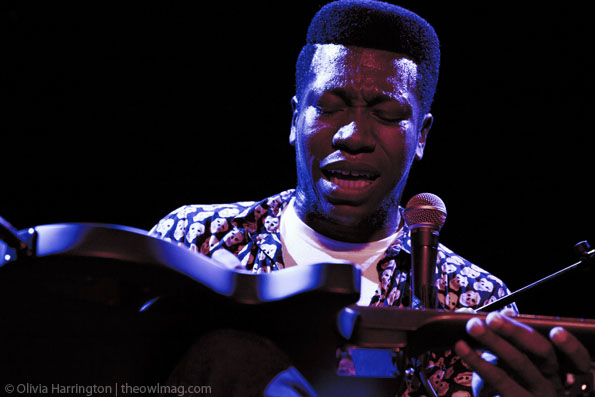 Standing on stage, Beal conjures all of these conflicting realities. Like a magician preparing for a trick, he whips off a white sheet to reveal a reel-to-reel tape device. Just like his nights in New Mexico, tonight this will be his only accompaniment. The sheet quickly turns into a cape and Beal twirls it, watching it whip up behind him as he lunges forward, conjuring up memories of James Brown. His rasp is disturbing, his howl particularly enchanting. “Evening’s Kiss” is set only to a seated Beal as he lays his guitar across his lap and finger-plucks the strings, toothpick slanting from the left side of his mouth. It is folk, it is old soul, it is lo-fi, it is percussion, it is jazz, blues, and rock ‘n roll. He inserts casual banter throughout the set, exclaiming he is not a singer, just a motivational entity. He tells the audience to never wait around to be discovered. He tells the mic to fuck off when it won’t stay up. To close out the set, Beal lets loose, ripping off his belting, and whipping the stage. He screams into the hallows of hell and returns dripping in sweat. He certainly is a wizard, but like any good magician, it is left to wonder, what have we really seen of Willis Earl Beal? One thing is for sure, we certainly haven’t seen the last of him. 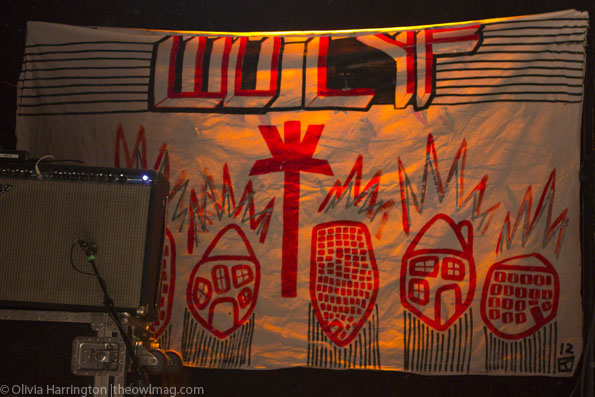 From across the ocean, a whole undiscovered continent to Willis Earl Beal, sprang forth the night’s headliners, WU LYF. Just like the opener before them, World Unite Lucifer Youth Foundation also presses and pulls against the concept of identity, transparency, and what it means to be a musician and a product. Their story begins somewhere during the midst of their birth from the underworld where upon arriving to the Earth’s surface they spent their days repeatedly ignoring calls from big record labels. Continuing to uphold their disdain for the music business machine they enjoyed home-recording, or rather church-recording, their first album on an old abandoned altar. If Willis Earl Beal sought human connection, WU LYF seemed intent on detaching from it. They released one press photo, were virtually unseen on the internet, and held out from any interviews. This didn’t prevent lead singer Ellery Roberts from expressing an opinion very similar to Beal, “The British music press uses the most ridiculous hyperbolic language at every opportunity.” Which then didn’t prevent the British press from digging up the fact that WU LYF may be managed by Warren Bramley, a founder of “four23,” a creative agency. And thus has been the legacy of the four lads of WU LYF. 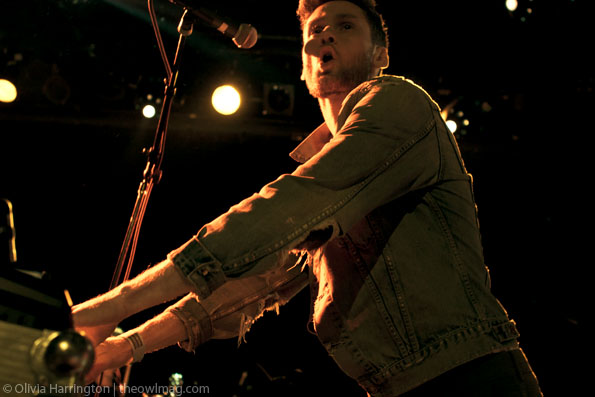 Coming to the stage to deafening screams and shoves, Ellery Roberts approaches wearing his trademark WU LYF emblazoned jacket (both WU and Willis seem to know a thing or two about branding) and starts his growls unintelligibly, leading a few snarky commentators to yell, “What are you saying?” throughout the set. No one really cares. 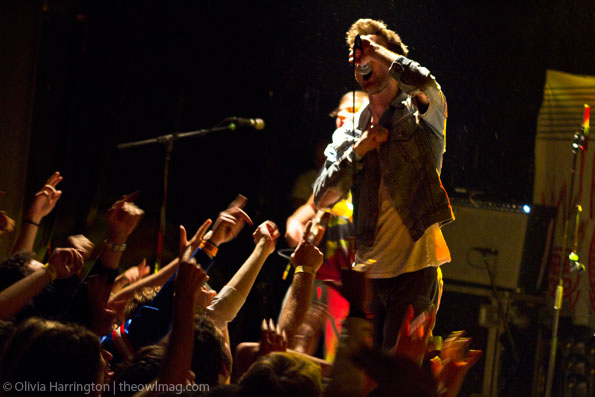 Most of the audience flail and crash uncontrollably into one another as if Roberts is yelping out a satanic incantation. But much of the devilish comparisons end at Roberts’ yelp. On stage, the four-piece band, whom are prone to stripping off their shirts and an occasional jump by bassist, Tom McLung, (backed by Evans Kati on guitar and Joseph Manning on drums) tick off all the boxes at an average indie-pop show. There are lots of calls to move and dance, a few gracious thank you’s, and a constant tapping of the heart and beating of the chest by Roberts. The band does sound sonic and otherworldly, with fans spitting out unintelligible sayings in favorites like “Dirt” and “Spitting Blood.” Things reach peak levels of college-kid-moshing during “We Bros,” which would not have been complete without the obligatory crowd surfer. 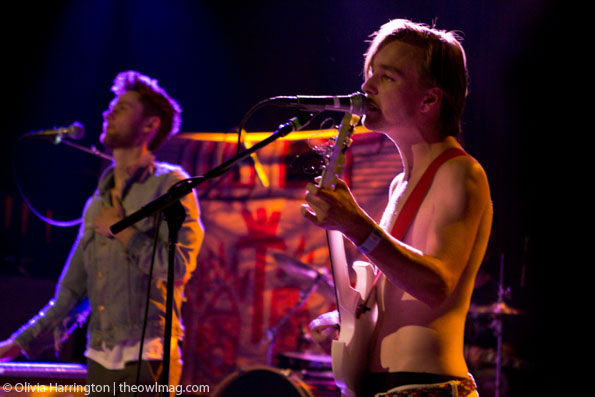 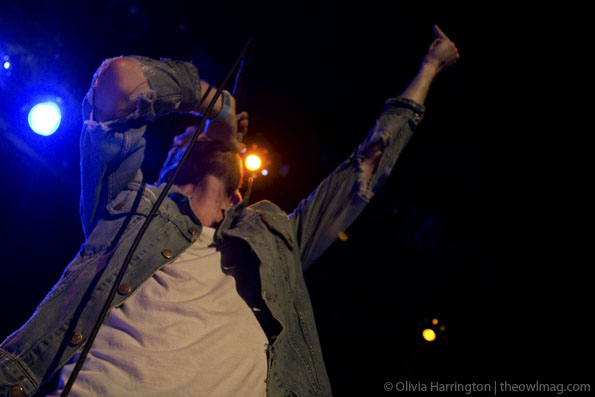 The show ended, the crowd went home, but if the tales continue to follow these artists, perhaps one day the audience will relay their night’s tale to curious youngsters intrigued by the show of mysterious characters unveiled. 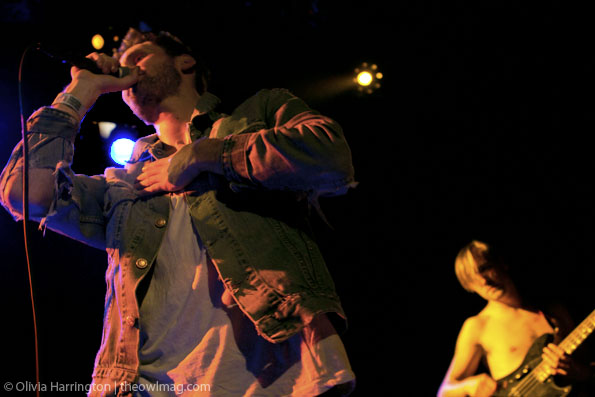 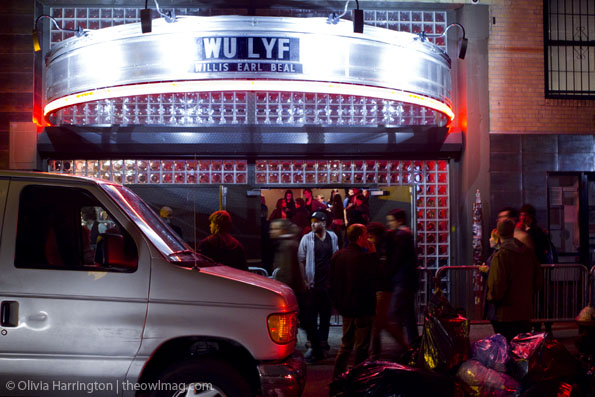