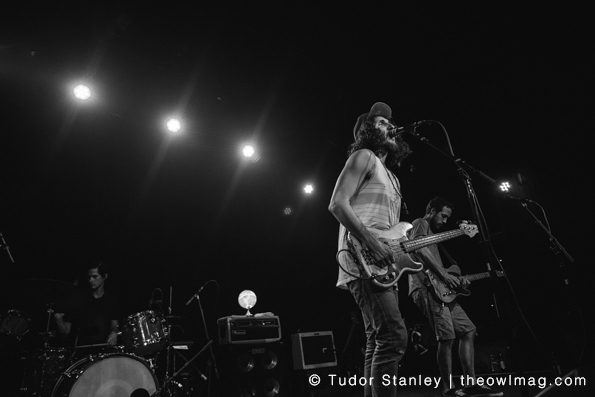 Vacationer doesn’t have any songs featured in music video countdowns (yes those still exist) or advertisements. The Philadelphia group is steadily growing their fan base with good old fashioned word of mouth. The Independent (unofficially our favorite Bay Area venue of 2015) was the location of Vacationer’s first San Francisco show years ago, and the band’s joy at having sold it out Monday night was as genuinely infectious as their warm-hearted songs. 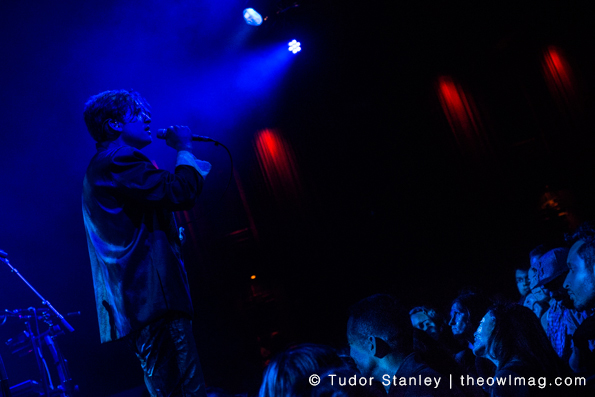 Opener Great Good Fine Ok lived up to every adjective in their name. The Brooklyn foursome initially engaged us, whipping up a frenzy with their glitzy conglomerations of retro R&B and electro pop to volleys of approval. But there was not enough variety to maintain our interest, especially considering their entire discography seems to be shorter than the amount of time they were given to play. Some carefully chosen covers (might we suggest Exposé?) would have padded their set nicely and helped combat the expected growing din of short attention span nightclubbers. 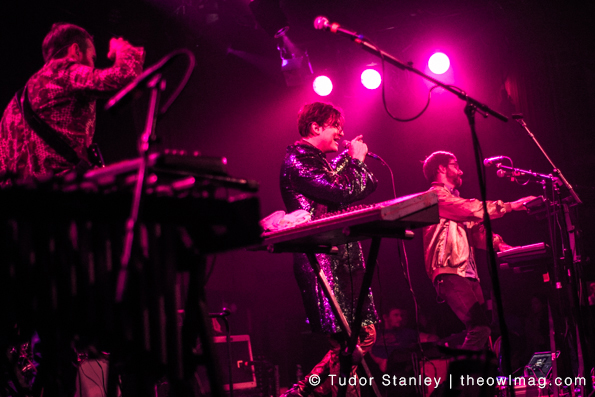 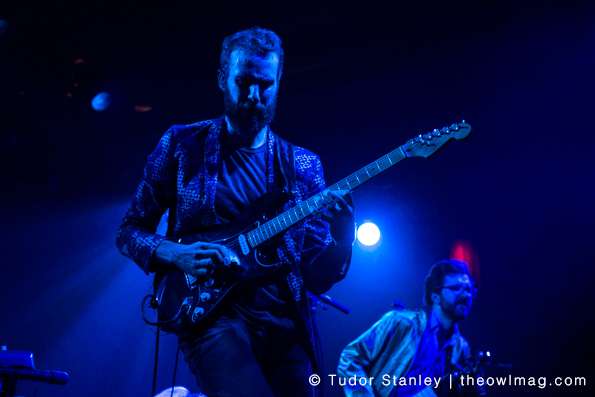 The PA playlist included The Roots and Panda Bear, a perfect preview of Vacationer’s gentle pop fusion expertise. Ryan Zimmaro and Matthew Young’s percussion could easily be the groundwork for the next big emo rapper if it wasn’t busy complementing Kenny Vasoli and Greg Altman’s airy psychedelic vibes and nimble guitars. 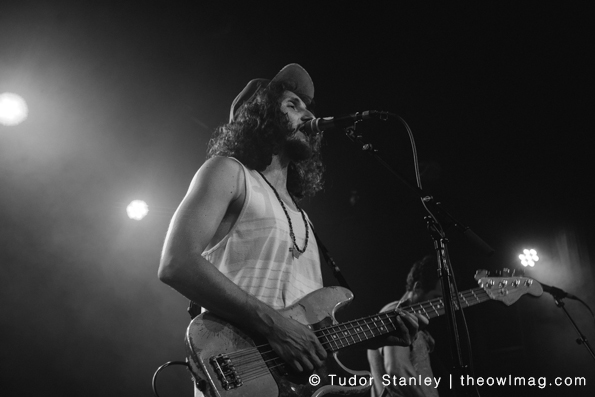 “Play all of your albums!!” cried a voice in the crowd. “…Pretty much going to,” replied lead singer/bassist Vasoli. While artists from E-40 to Beach House seemingly release every scrap of music they record whether we want to hear it all or not, Vacationer has two rock solid albums (Gone and Relief) whose combined run time is about as long as the average headlining set. This band can pride themselves on knowing that they can perform 90% of everything they’ve recorded in whatever order they please and receive an enraptured response. 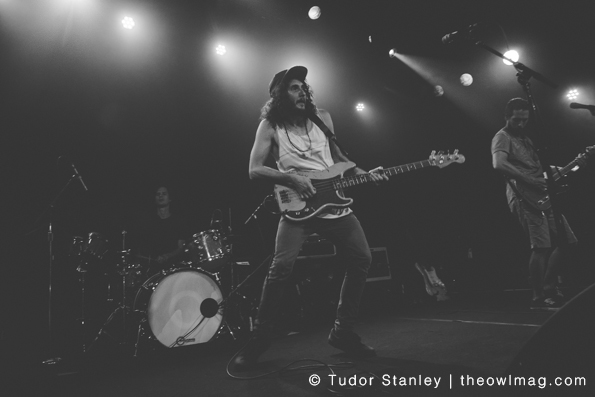 Vacationer has been doing subtle variations of this setlist for almost two years now, and have refined it to the fullest. An illuminated desk globe is their sole set decoration, a humble beacon backlighting Vasoli’s groovy gyrations. Amiable diehard fans were too busy dancing and singing to chat, and even casual attendees preoccupied with selfies and socializing blended in with the predominantly jubilant noises. 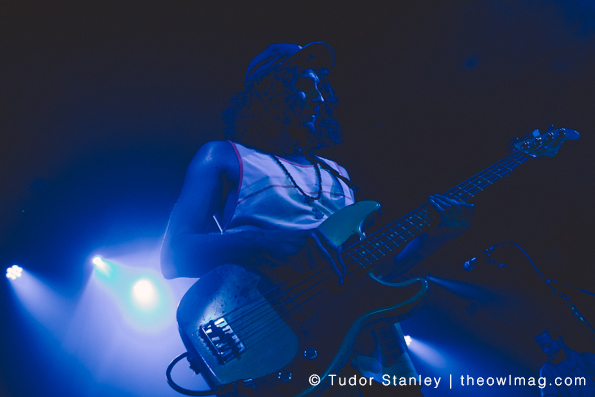 After brilliantly eschewing the “leave the stage before the encore” trope, Vasoli dedicated “Good As New” to a recently departed four-legged friend. The extended cheers that followed prompted a telling confession: “we performed for like 63 people the other night.” Vacationer is unfortunately not yet able to amass large turnouts everywhere they go (even we missed their Bottlerock 2015 set for Courtney Barnett). The happiest band in the land may be in the slow lane on the road to success, but they’re also one of the most deserving group of musicians to be on that journey.

Check out the rest of Tudor’s photos here!