“Well, it’s really raining isn’t it?” an Italian voice hummed against the pounding rain. With a slight nod of agreement, he smiled and turned to gently kiss the shoulder of a woman at his side. It seems invasive to retell this story, a quiet instance witnessed before Mauro Remiddi, aka Porcelain Raft, took the stage. But within that quiet moment served a glimpse into much of the sound that Porcelain Raft personifies. In the midst of a raging downpour, there was a gentle softness exhumed by Remiddi, something that would later be witnessed when he took the stage at Cameo Gallery. Known for riding on the cusp of “bedroom-chill rave,” Remiddi brought that same delicate intensity, that same lightening of loop pedals tamed by an octave climbing voice. “Talk to Me” was a swirling sadness, gentle tapered by Remiddi’s slight hint of a smile when the audience echoed approval. 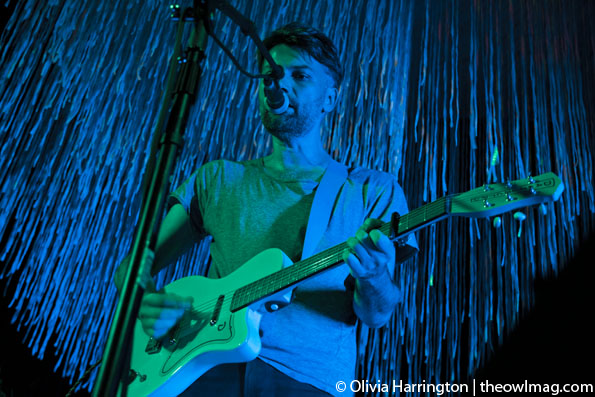 As the rain continued to pound the pavement, it was no match for New York City’s Caveman, who took to the drums (two-beat and full set) with dizzying intensity. Paired with four-part harmonies and catchy hooks, like on the song “Decide,” Caveman plays between tension and Treble clefs, washing over time-worn melodies with synths and haunting organ notes. The small backroom of Cameo gallery served Caveman well as their atmospheric jams echo and chamber pop sound seemed to shake the illuminated ceiling art. 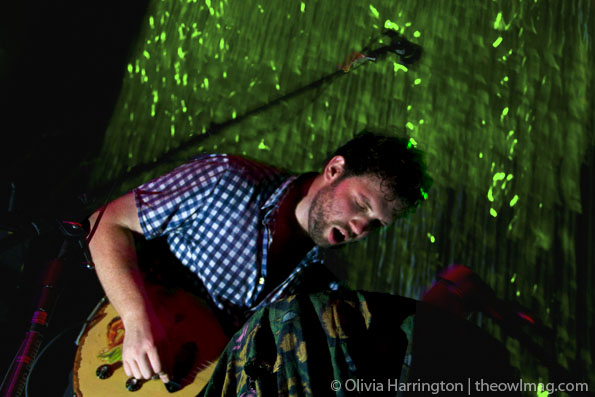 A question was recently posed as to what band [created post 2000] would be around with any significance in 40 years. In this decade, we have U2 selling out stadiums, a feat that may not be achievable in the decades to come, given many factors like oversaturation, the internet, and the general flippancy in which the constant need for new music is regarded. Nevertheless, there are those bands you hope will still be around. The War on Drugs is one of them. Coupled with musicians like the often compared (and once bandmate) Kurt Vile, or constant musical reference Bob Dylan, there are wandering poets that, regardless of changes in electric or acoustic, long-hair or short, navigate life’s roads in a way that is timeless. The War on Drugs stands at that precipice of nomadic savants, their newest album, Slave Ambient, wandering the road with harmonicas, stormy rifts, and Adam Granduciel’s. But it isn’t a folk album, nor is it a banjo show, it’s rock and roll, a grungy self-assurance that seemed to easily manifest itself when the band took the stage. There’s still a noise-rock component, pianos and synths, side tangents of endless jams to hear while roaming the endless night. Songs like “Baby Missiles” and “Come to the City” seemed to sum up the night; spot-on, city night show that far drowned out the meddling rain. 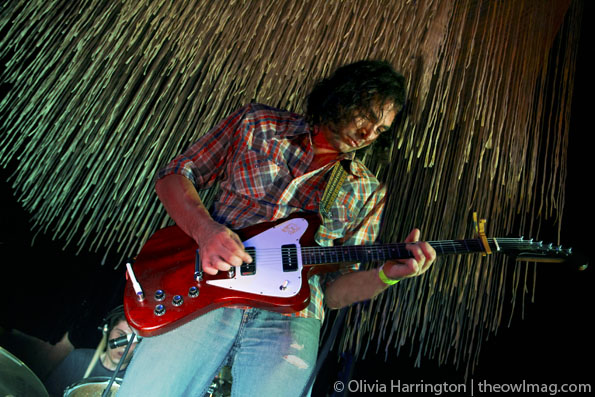 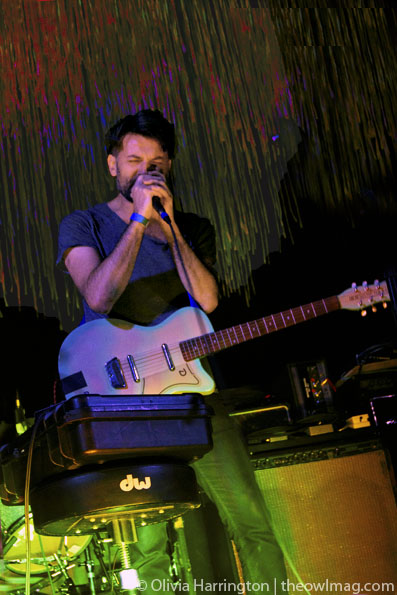 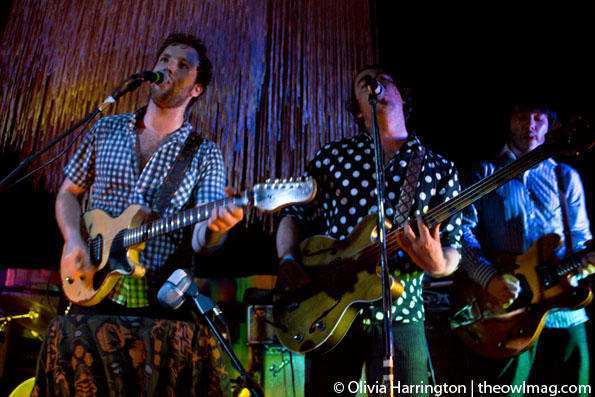 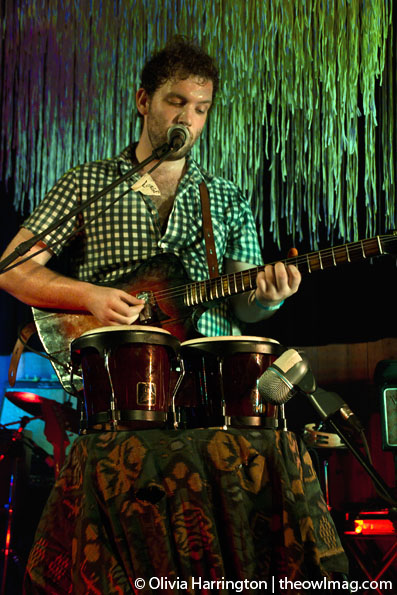 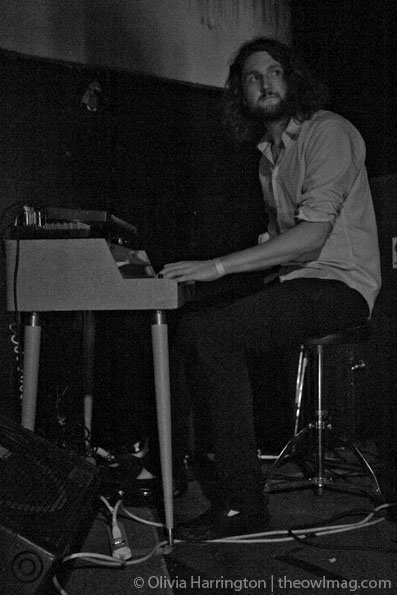