Full disclosure: I’m in the process of moving. I hate moving. My to-do list is long and my patience is short. At 6:45pm the night of the show, I found myself not wanting to go out. I was sluggish, whiny, and petulant. But, really, who says no to seeing a show at The Fox? 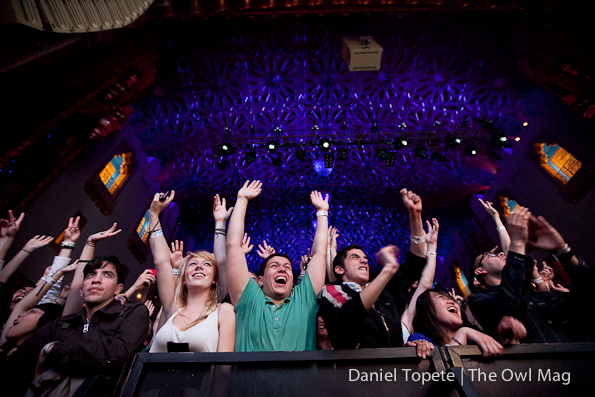 And then came The Rapture. When I arrived, got my beer, and posted up in the back of the floor there was a solid group of fans hugging the stage. Unsurprisingly, in a very short period of time, the group swelled to a crowd which in turn took on properties similar to dark matter, pulling people from the lobby with the unstoppable force of Vito Roccoforte on drums. Luke Jenner’s Pied Piper punk wail finished the job and by the time Justice was ready to take the stage, the crowd was whipped into a jumping, fist pumping frenzy. At the bar while getting my second beer (don’t judge) I heard Jenner begin to soar on “Sail Away” and was transported from my earthly troubles. Thank you to The Rapture for telling me to shut up and dance. (But in all honesty, you fully had me at your retelling of a gig in 1998 at The Stork Club. You honor Oakland, gentlemen.) 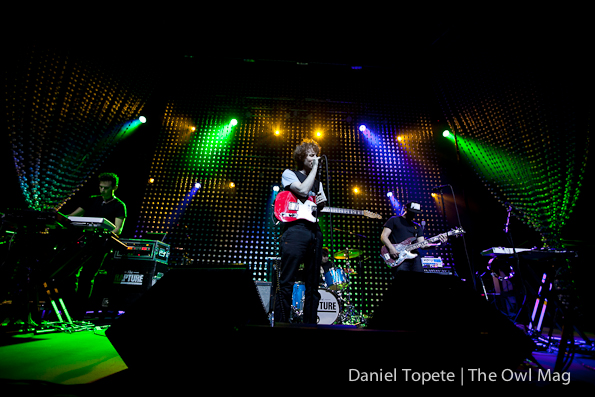 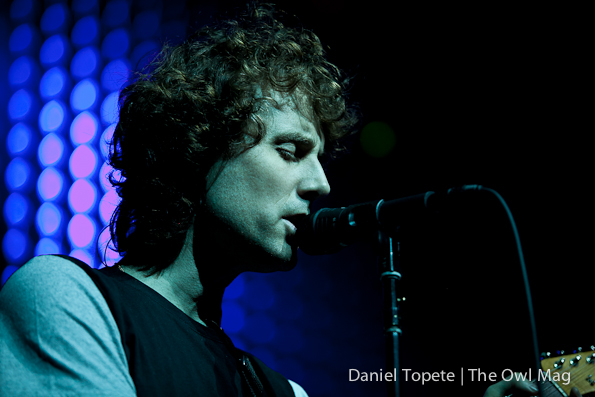 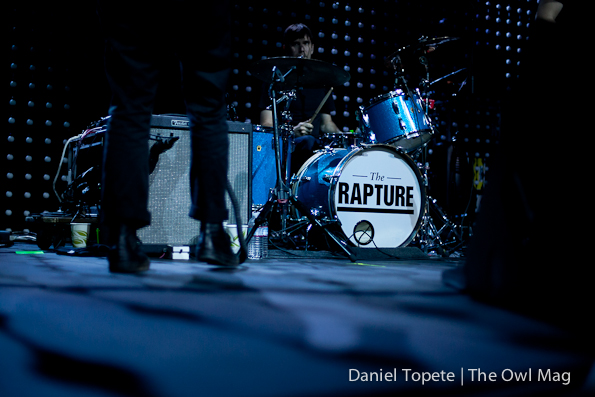 And then the sermons began. Floor to ceiling globe lights, a hidden keyboard, and organ pipes shielded the duo known as Justice as they channeled hits both new and old. My friends have reservations about the new album, but every doubt was dispelled upon hearing the tracks live from the pulpit. I squirmed my way to the pit just in time to hear Jay-Z‘s “On To the Next One” mixed in and nearly lost my mind. In the balcony and on the floor, the crowd refused to sit down during the 2+ hour set, matching the energy from Xiavier de Rosnay and Gaspard Auge as they teased us with false drops and extended builds. Two encores later and a few very touching salutes to the crowd from de Rosnay, it was over. And I will never be the same. 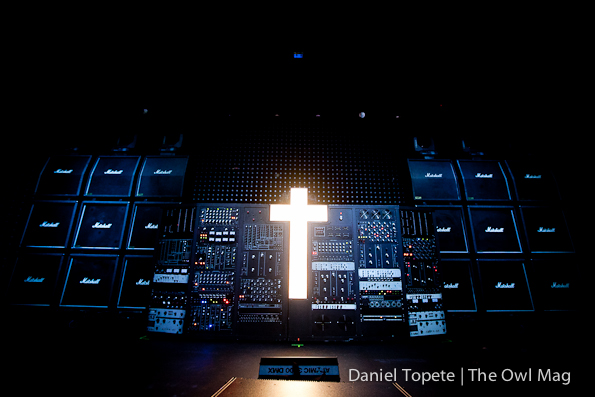 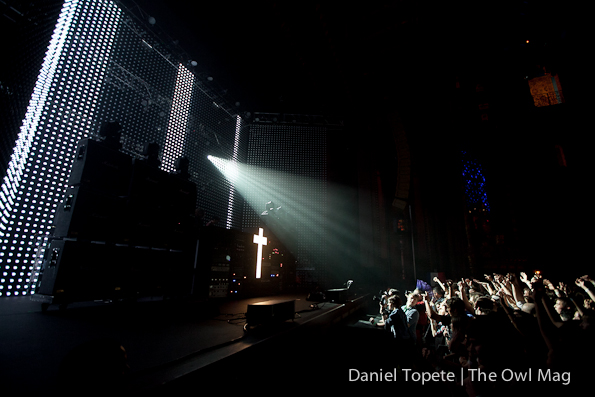 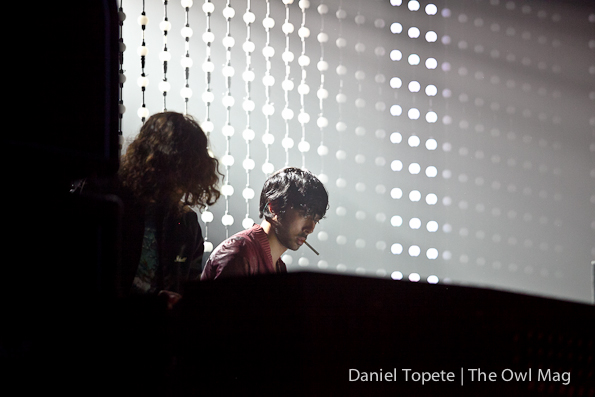 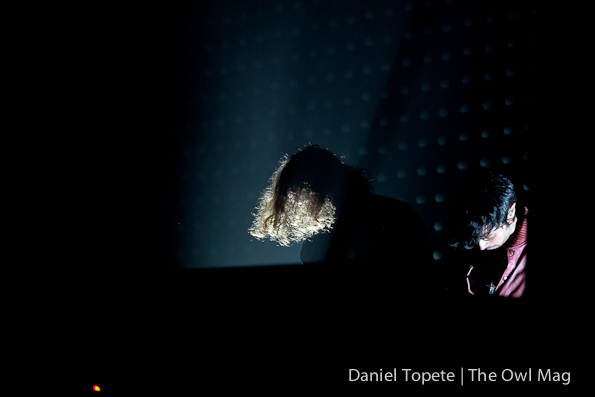 Click here for more sick photos of The Rapture and Justice at The Fox.