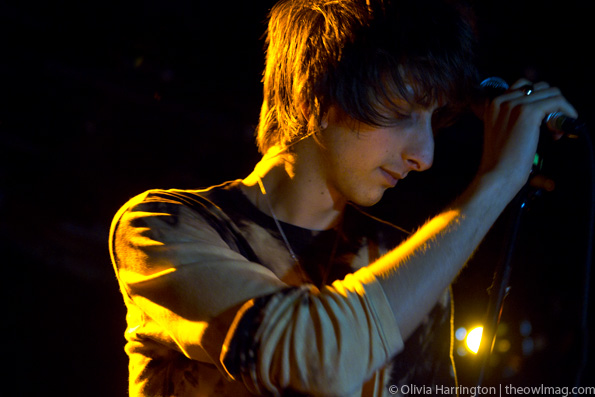 Barely illuminated, The Horrors took to the stage as shadowy outlines, an eerie presence that they have forged and fought for throughout their career. From NME darlings, gracing the cover before the release of even their first EP, to Retromania-backlash whipping boys, The Horrors have stood their ground in making the music they want. They began as shadowy figures, looking as if ripped from the pages of a Neil Giaman storyboard. Over the past five years, they’ve shifted through the influences, spending less time with The Cramps and more spins with the likes of My Bloody Valentine, Blur and The Jesus and Mary Chain. The changes haven’t gone unnoticed, but The Horrors seem unfazed by any critical dismantle (going so far as to spoof themselves on the British sitcom ‘The Mighty Boosh’). Be it through haunts or heavy reverb, The Horrors have managed to grow up in the spotlight without growing out of it. 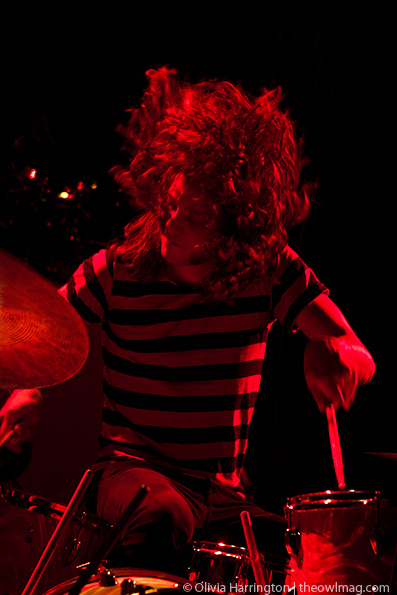 Earlier in the night Seattle’s Night Beats had taken to the stage with their psychedelic rock. Subsiding on what seems to be equal rations of hallucinogenics, grit, blues, and lots of Roky Erikson sessions, Night Beats brought a sonic and chaotic trip. There were jams and a steady stream of fuzzy guitar vocals included on songs like “Dial 666”, a title (and probable lifestyle) they payed tribute to by nailing the 3 digits to their amp. 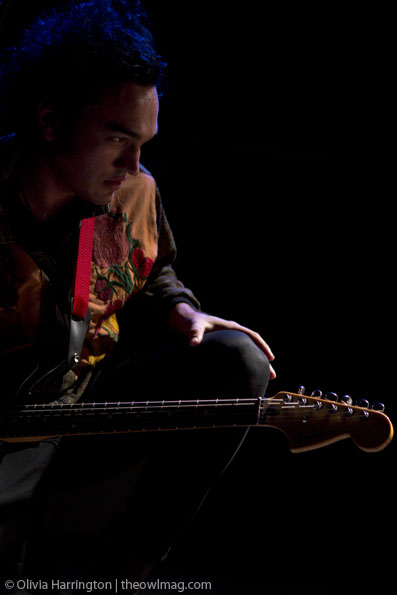 If Night Beats played with psychedelic fervor, what happened next from The Horrors was a sonic, other-worldy calamity. It was like watching a twisted ballet, where guitarist Joshua Hayward’s sporadic and frantic darting across stage became a choreographed bravura. The sparse lighting and moments of complete darkness added to their alien quality, guiding restless New Yorkers accustomed to 24-hour spotlights to accept moments of eclipse. It seems fitting for a band whom seems relentless in their refusal to settle into any mold placed upon them. Eschewing any original critique, The Horrors have transformed from the neo-punk, scene kid stylings of Strange House to the pschydelic haunts and sonic booms of 2009’s Primary Colours and last year’s Skying. 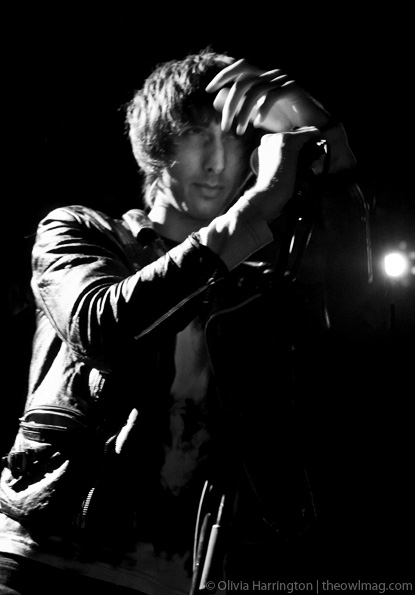 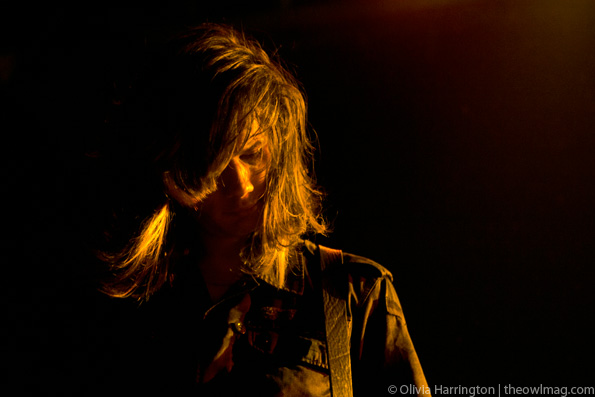 Songs like “I Can See Through You” filled the room, echoing and pressing against every surface. Finishing their encore with “Moving Away” lead singer Faris Badwan and Hayward join together in flailing their instruments towards their amps, pressing on with minutes of reverb and distortion, swaying in their own world. The audience was just along for the ride, a fitting final note. 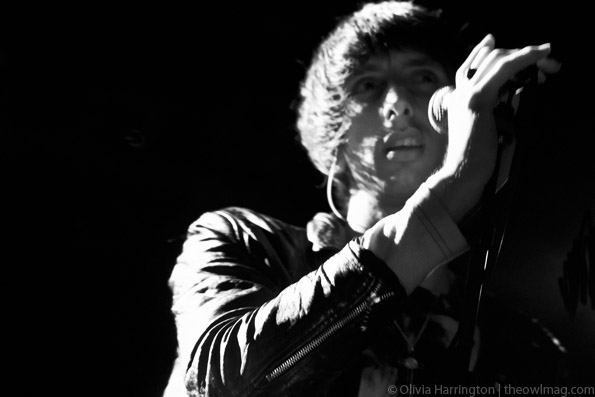 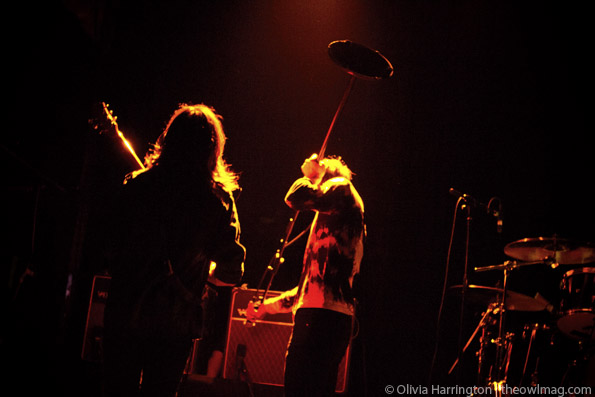 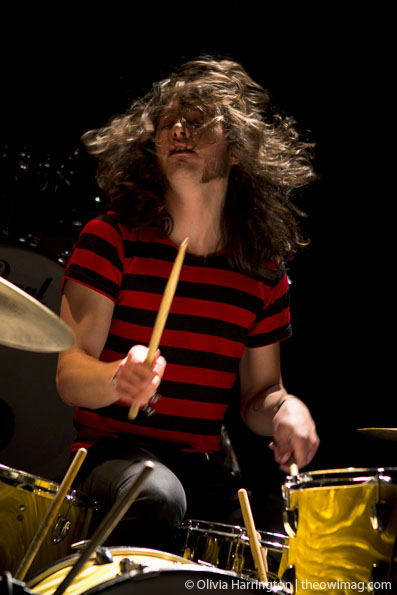 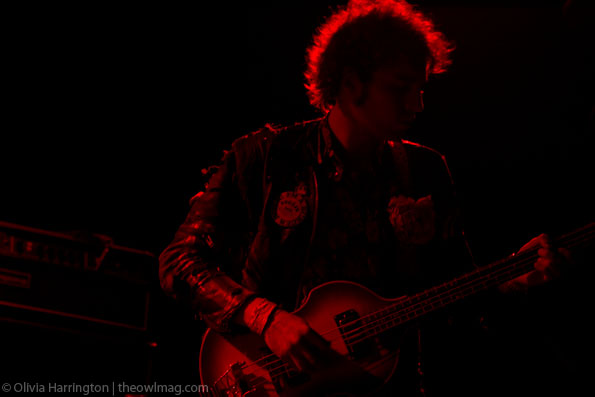 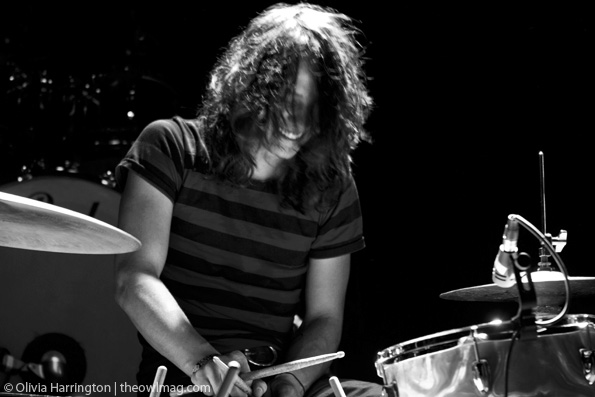 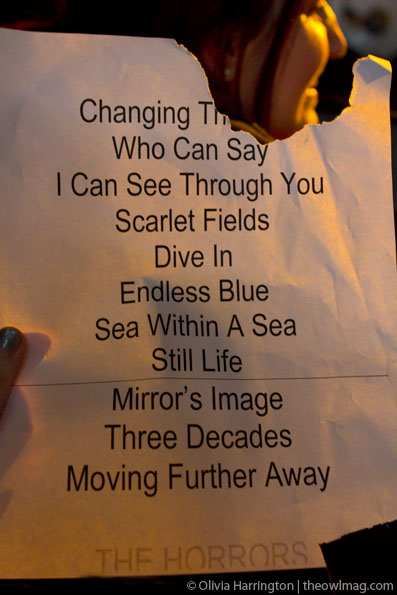