Thanksgiving Eve might keep most people home, but not Solwave fans. Dedicated to the dance-y funk pop served up by Solwave, the enthusiastic crowd never stopped moving once they took the stage. Mimicking vocalist Joe Collins’ signature move shooting his fist into the air, the fans injected a level of energy into the air rarely seen at Cafe du Nord. 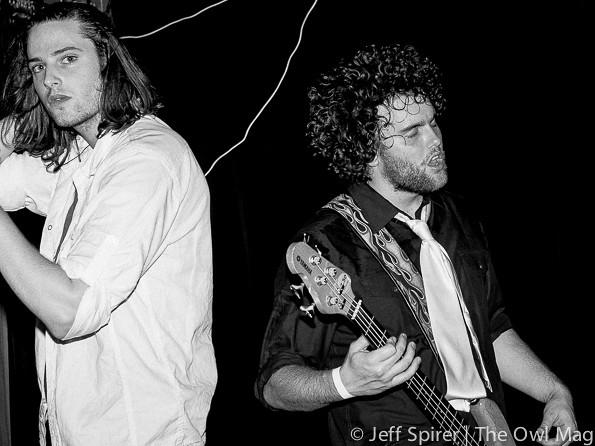 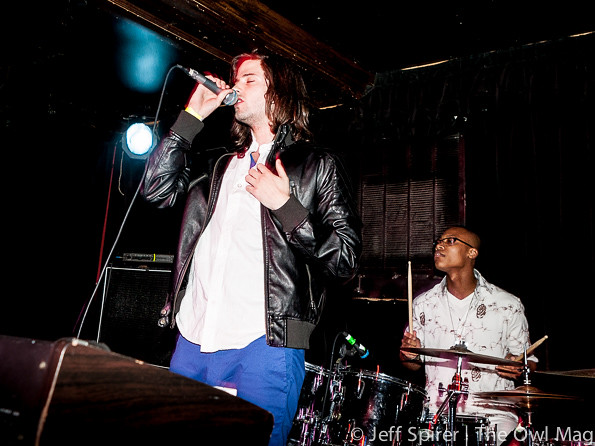 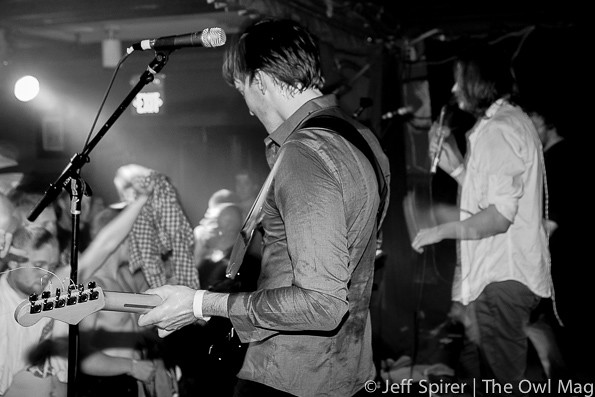 Solwave’s music brings funk and pop to a live show in a way we’ve not seen in years. While often compared to The Killers, it’s really the similarity between the vocalists. Solwave’s power trio approach to the music (with Collins occasionally playing keyboard) goes deeper into the groove than The Killers. There’s a range of influences — they even played straight-ahead blues in their previous appearance. And at Cafe du Nord, the band covered “American Girl” with a punch that Tom Petty would love. Our favorite is “Shuffler,” which showcases the band’s signature sound. 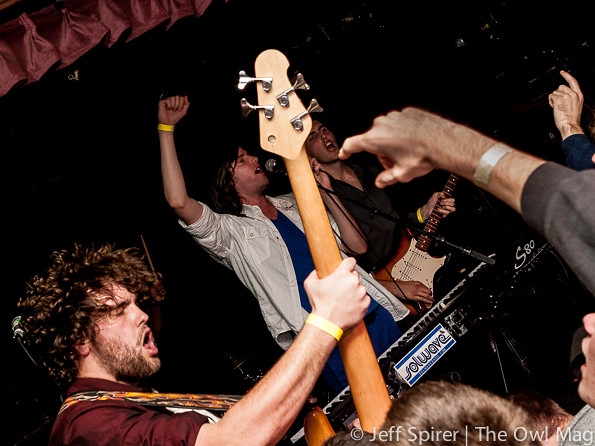 Collins’ voice has a range into a falsetto that he effectively uses to keep songs dynamic. Brothers Tom and Danny Ferdon provide guitar and bass with both technical perfection and raucous energy. Drummer Moise Seri couldn’t look cooler, casually spinning drumsticks while providing the beat underneath. And a big part of the band’s live show is what you see on stage. Constant motion and dancing, both Ferdons alternately grimacing and smiling, up front leaning into the crowd, spinning to the back of the stage. It fired up the audience, and you leave with a visual memory in addition to the sound. 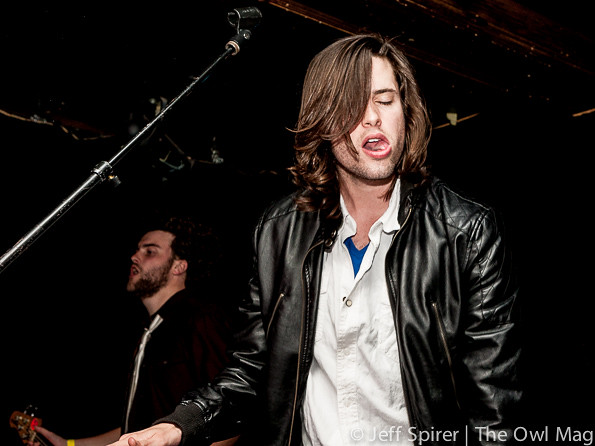 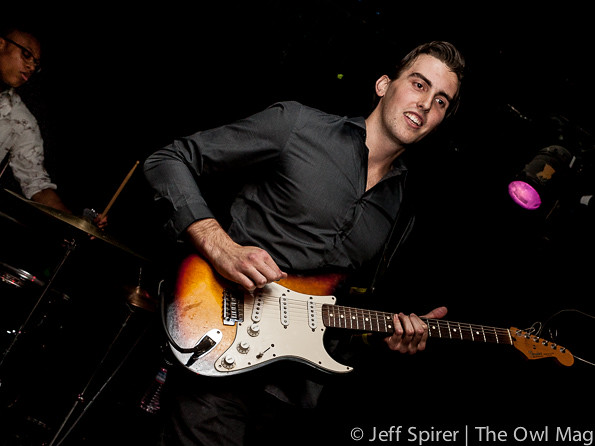 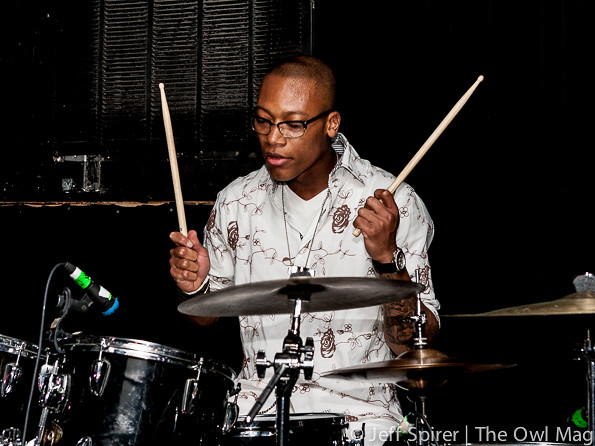 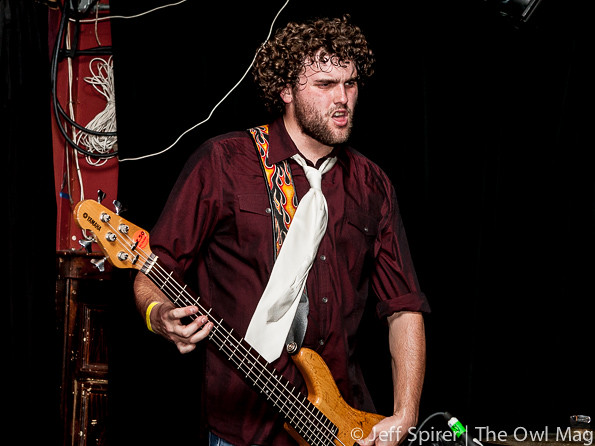 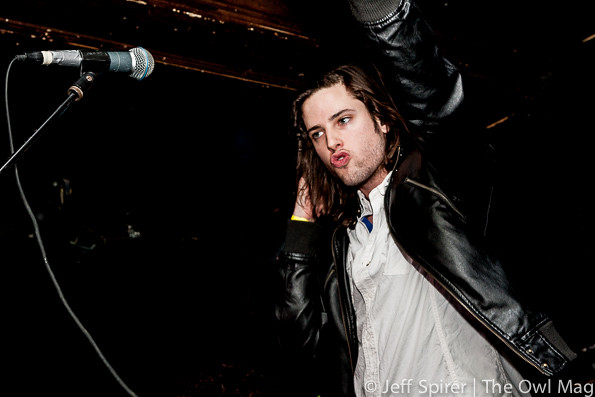 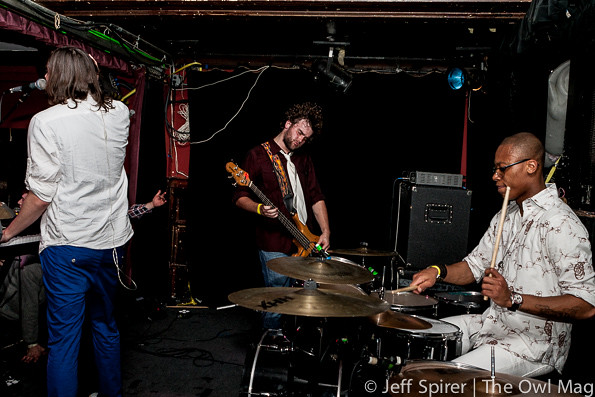 Resurrection Men, Major Powers and the Lo-fi Symphony were openers. We arrived in time for Major Powers’ set, as always their “adventure rock” goes into strange places only they seem able to go.

Check out all the amazing photos of the night HERE.