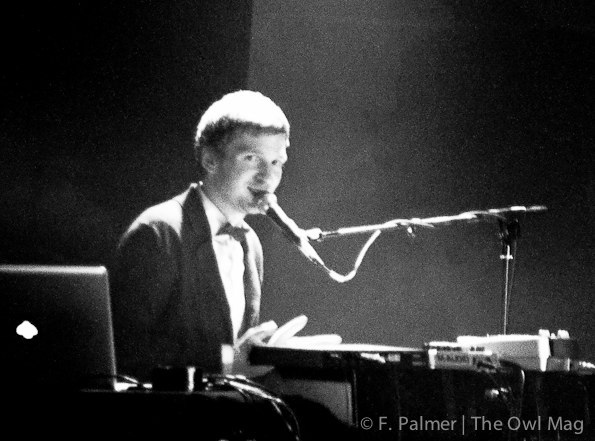 Writing for The Owl Mag is a pretty sweet gig. I’m lucky to have the opportunity to cover shows all of my own choosing, so for this night I thought I’d branch out (how Owl of me) to explore an artist beyond my iTunes library. Olafur Arnalds, Icelandic modern classical-composer, played to a more mature Los Angeles audience at Echoplex in support of his sophomore album, …And They Have Escaped The Weight Of Darkness, available on Erased Tapes.

Upon entering the typically buzzing establishment, I knew I was in for a unique performance as the atmosphere was hushed. White-plastic chairs were placed in rows in a pitch-black room save a white light gleaming from above the stage and subtle fog filled the air. Shortly after, the baby-faced neo-classical composer appeared on stage along with an all-female string section and supporting electronic musician.

Arnalds began his hour-long set with an acoustic piece of ivory and strings; however, technical glitches threw a nasty wrench into his flow. This “snag” actually gave light to what were the most warm-hearted moments of the evening as Arnalds shared stories of his tour including a recent stop in San Francisco where, “We went to a prison. It was a nice prison.” Unfortunately, the “overheating issue” interrupted the presentation for far too long but Arnalds entertained his patient audience successfully with an abundance of wit and charm.

As the chamber choir played their symphony of layers of strings and technologically generated sounds, ominous visuals of slowly spinning mobiles, falling leaves and birds taking flight pranced on the screen from behind. Grounded strobe lights illuminated the room along with thunderous beats adding to the chill and intensity of the melancholy music.

The performance was stunning not only musically but also visually. Future attendees be warned, however, there is not a drip-drop of happy in Arnalds’s music which pierces the soul preying on the tiniest bit of sorrow. 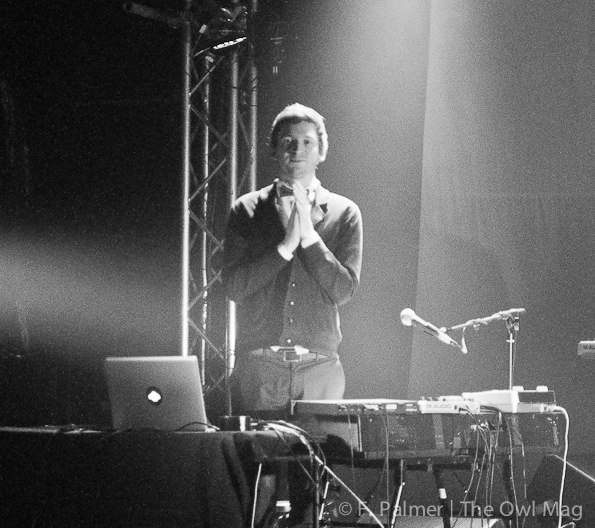