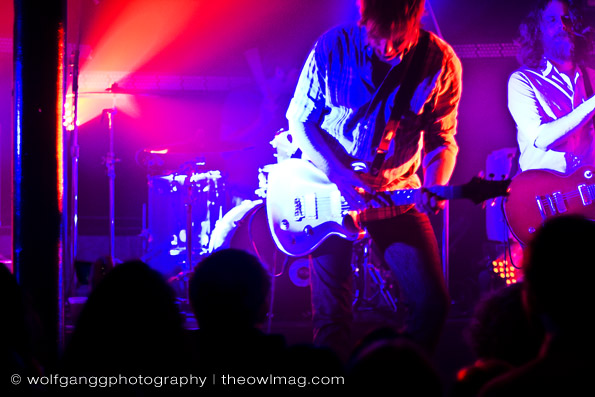 Saturday night at Slim’s was a completely different show than I had ever seen Minus The Bear do before. As the house lights went down, the band came out to the DJ playing the Golden Girls theme song, “Thank You for Being a Friend,” and I’m not quite sure anyone in the audience really knew what to make of it. Jake Snider then went on to give his adoration for the city of San Francisco, and they went right into their set, with very little communication to the crowd at all for the rest of the evening. They didn’t need any. The audience connected to the band like I had never seen before, and no other words were necessary. 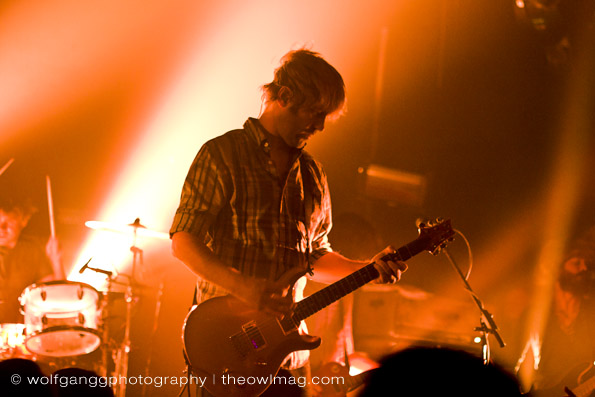 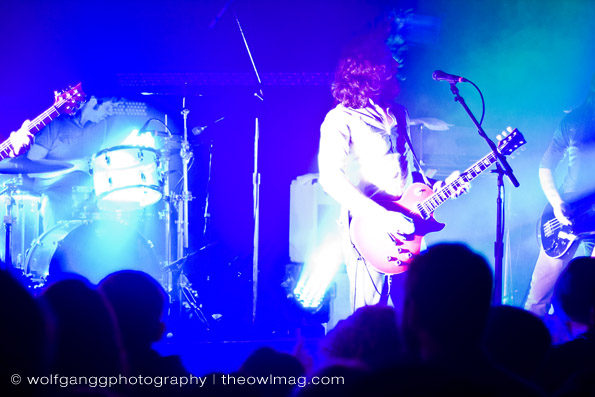 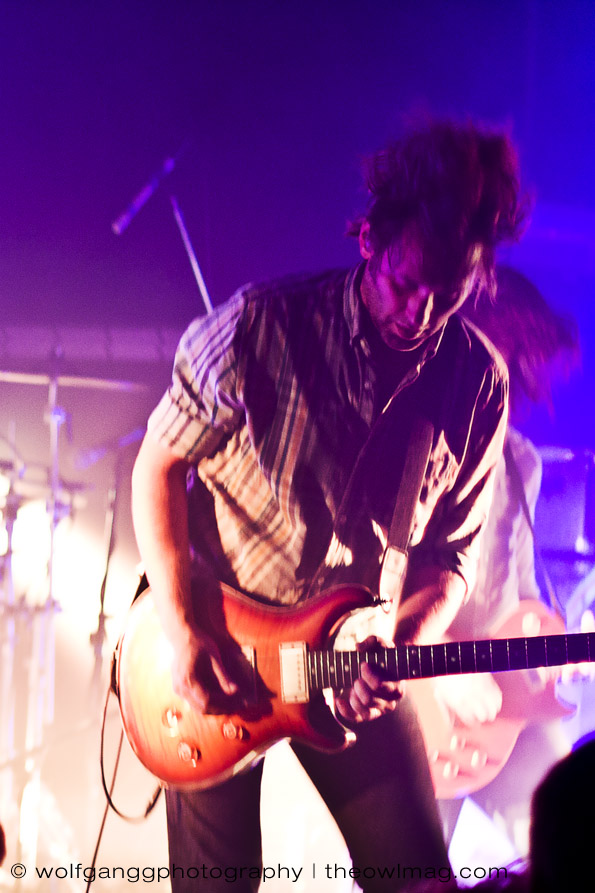 On the way into the club, I had noticed a sign on the door about the use of strobe lights during the show, but honestly thought nothing of it. I should have paid more attention. Being in the audience that night was like being in a big budget, Michael Bay directed music video, but in the best freakin’ way possible. The band was as animated as ever, back-dropped by scores of stage lights, flickering, and changing colors and direction as often as possible. And they kept up this high energy level for the whole two hour set, including audience participated clapping, wild head banging, and a thumbs up after just about every song. 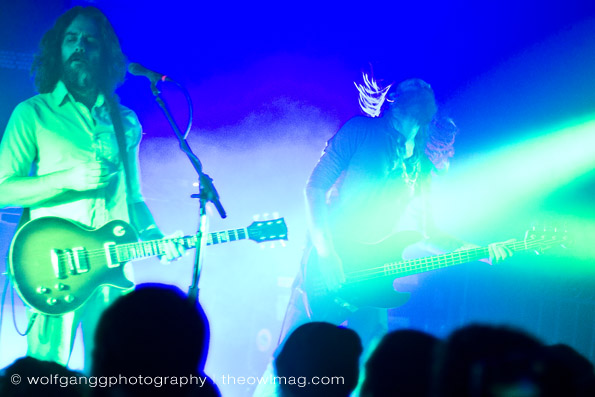 I didn’t want to single any member of the band out because they are all fantastic musicians to say the least, but Dave Knudson is a guitar genius. Listen to any track from this band, and you can hear just how amazingly talented he is. Seeing him perform these feats of technical wizardry live really does make your jaw hit the floor. It’s something you have to see to believe. I’m not sure my eyes left his fingers for most of the show. It was absolutely hypnotizing. 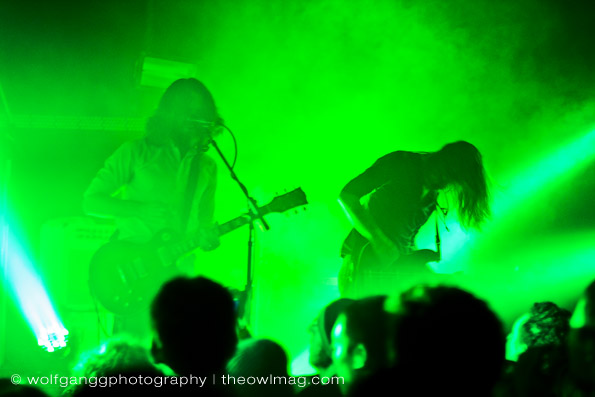 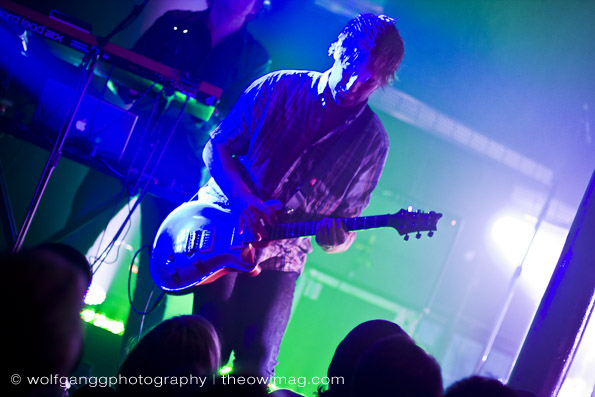 Yes, this was the ten year anniversary for Highly Refined Pirates, and yes the tour was specifically dedicated to it, but after the show was all said and done it felt more like a testament to the band’s earlier work. Pirates was all that was played in its entirety from beginning to end and in succession, but most of the rest of the songs were off of their E.P.’s that came out before Menos El Oso, including a track or two off of 2004’s They Make Beer Commercials Like This. What really surprised me was the inclusion of my personal favorite track, “Lemurs, Man, Lemurs,” which I had already prepared myself not to hear. In fact, I think there was only one track on their first E.P. that they didn’t play. This tour was exactly what I needed to really get back into the band. 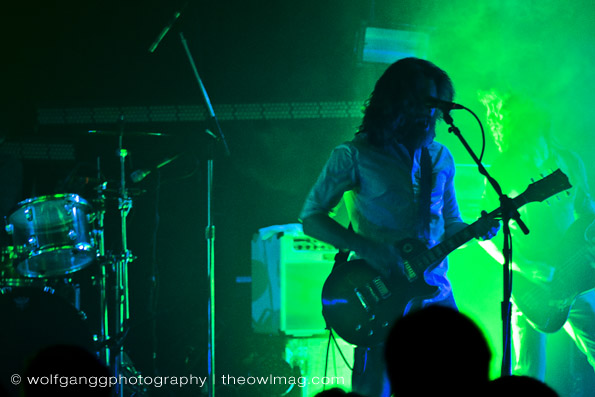 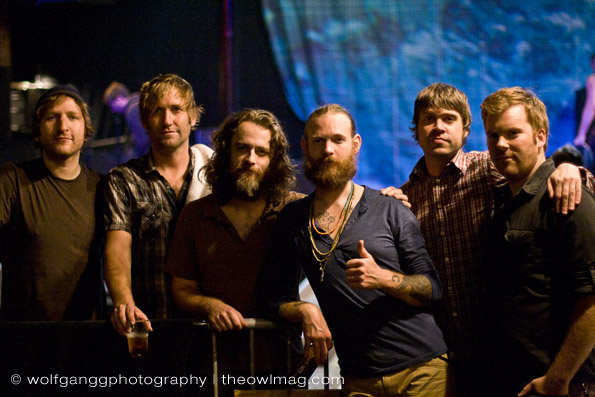 It really is hard to believe that it’s been ten years since Minus The Bear’s first full length album hit record stores. Like much of their music that came out at the time, Pirates is full of lyrically visual songs about young love and romance, weekend trips, and absinth parties in fly honey warehouses. It continued the trend of upbeat drumming, crunchy bass lines, incredibly intense guitar playing, and melodic, alcohol soaked lyrics about girls as with their first release, an E.P. titled This is What I Know About Being Gigantic.