Friday night at Oakland’s Fox Theater signified a reversal of sorts for Minna Choi’s made-to-order orchestra. Christened the Magik*Magik Orchestra just five years ago by the arranger, creative director, and New York native, the versatile group of classical musicians has racked up enough performance and recording credits with major indie acts — from dates with Death Cab for Cutie to Nick Cave and the Bad Seeds, as well as the soundtrack to the 2011 film Looper — to make for one hell of a résumé. But while Choi and Magik*Magik typically sign on to provide texture and gloss to the work of other artists, old friends and special guests took their turn backing the main attraction during “When We Were Young,” a more than three-hour concert celebrating the ensemble’s five-year anniversary. 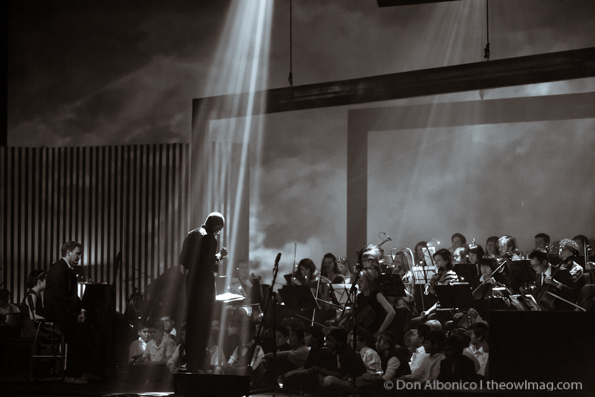 The formula sounded great on paper: nearly 10 artists — a who’s who of Bay Area indie rock — with added grandiosity courtesy of a Michael Morgan-led Magik*Magik and a boys choir to boot. In fact, “When We Were Young” had the potential to dazzle and delight far more than it ever did. An excess of downtempo tunes and a snail’s pacing stifled the energy in the room, drawing one’s focus away from the sonically excellent orchestra and toward their watch. 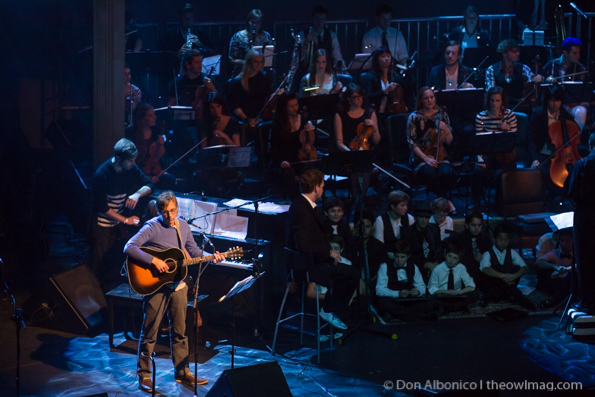 In keeping with the show’s theme, each artist’s two- to four-song set included a cover of a favorite childhood melody. These were often the high points of each act, with How to Dress Well’s Tom Krell scaling every emotional peak in a minimalist version of Janet Jackson’s “Again,” while the swelling strings behind John Vanderslice’s take on “America” remained true to the Simon and Garfunkel classic. Geographer, on the other hand, kept their own material fresh by substituting cello and acoustic guitar for walls of synth. Who knew that the square lead on “Verona” sounds even cooler plucked? 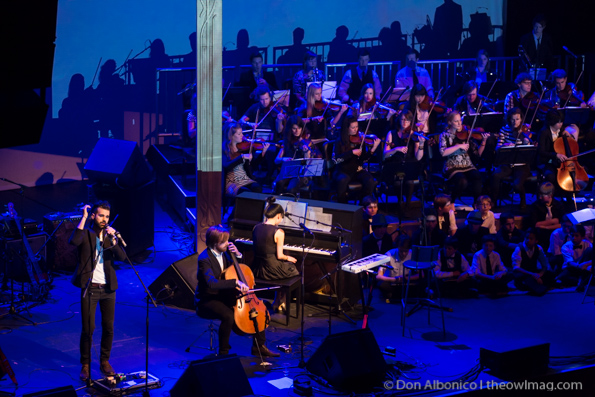 Between these elegant touches, though, the succession of rockers played out much like this year’s GRAMMY telecast: too many dark, slow numbers and not enough pomp. Like Kendrick Lamar and Imagine Dragons’ white-hot wake-up call, Rogue Wave went full electric (the abrasively chugging violins sure upped the epicness factor), but more than two hours in, it couldn’t grab ahold of the crowd’s rapidly dwindling attention. 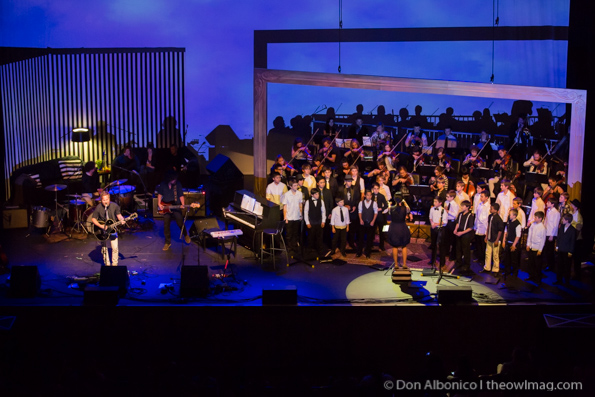 Perhaps such an indie fantasy show is too good to be true. Indeed, you desperately want something like this to be as awesome as you imagine it. But even when admiration and friendship is in the air, when Choi dreamed up every collaborative surprise, ill-considered planning gifted Magik*Magik a well-intentioned birthday party that could have been so much more. 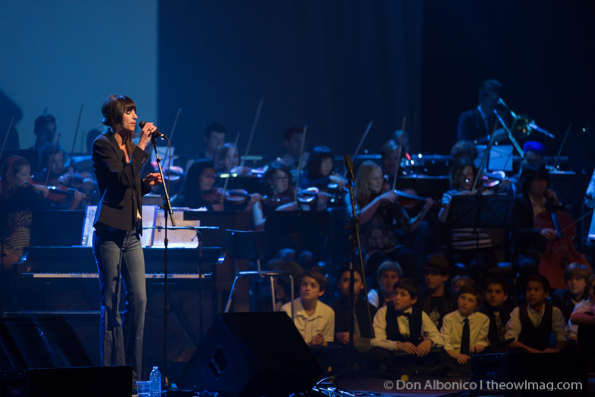 Check out all the special guests that came out for Magik*Magik’s birthday bash HERE!