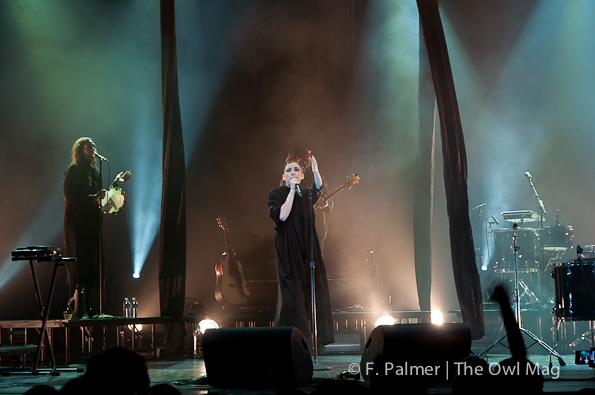 If there’s one word to describe a Lykke Li live performance, it is dramatic. From her moves on stage to the lighting overhead to the instrumentation, everything about an evening with this woman is ominously stunning. Fully expecting Li to leave me breathless at The Wiltern Tuesday night the Swedish darling did not disappoint. On her second round to LA in so many months, she is in a heavy promotional state on tour to support her most recent release, Wounded Rhymes [Atlantic]. 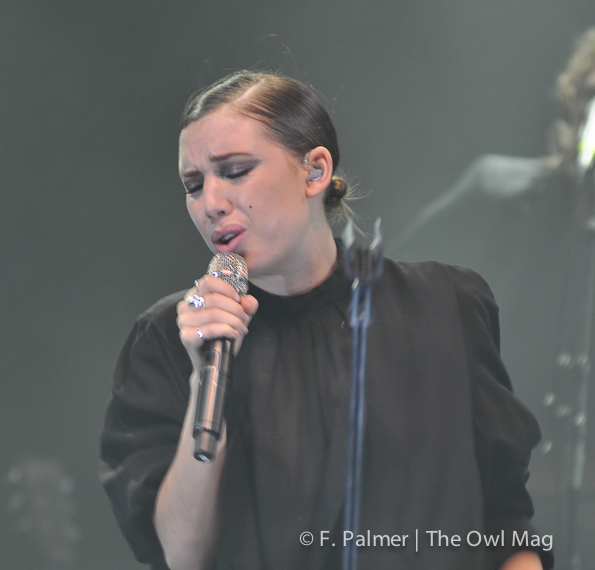 With hair reminiscent of a Robert Palmer girl (slicked back and sexy as hell – Google it kids) Li moved on stage wearing her now infamous all black garb including a knee-length open cloke and black heeled boots (dare I say she is a younger, hipper, and hotter Stevie Nicks?) She opened her set with “Jerome” to roars of approval from LAs 20-somethings and continued to make sweet, sweet love to our senses for nearly 90 minutes. Supported by her band of four (drums, percussionist, keys, guitar) as well as a tambourine-wheeling backup singer, Lykke Li performed a mix of songs off her two albums including “Sadness is a Blessing”, “Little Bit”, “Get Some” and capping the night with “Unrequited Love” to which every concert goer sang along at the top of their lungs, myself included. 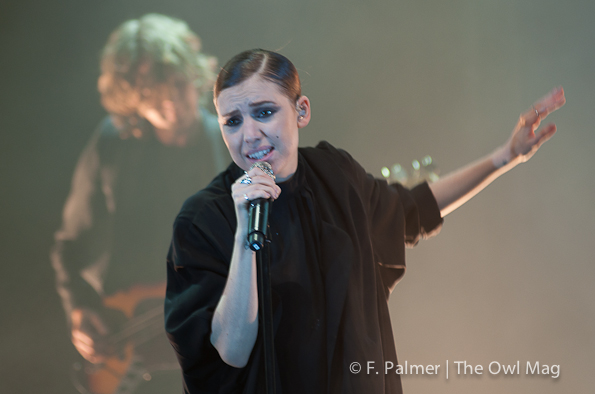 Enhancing the eerie sexiness of her show, strips of black cloth hung from the lighting rigs above and draped all the way to the stage floor as if black pillars swayed with her music. Albeit mesmerizing, as well as a “prop” for her dance moves, one piece dangling closest to Li was unfortunately more a distraction as it blew onto her instruments and she more than once seemed to become tangled in the material. Purposeful? Maybe. Hard to know with this lass. 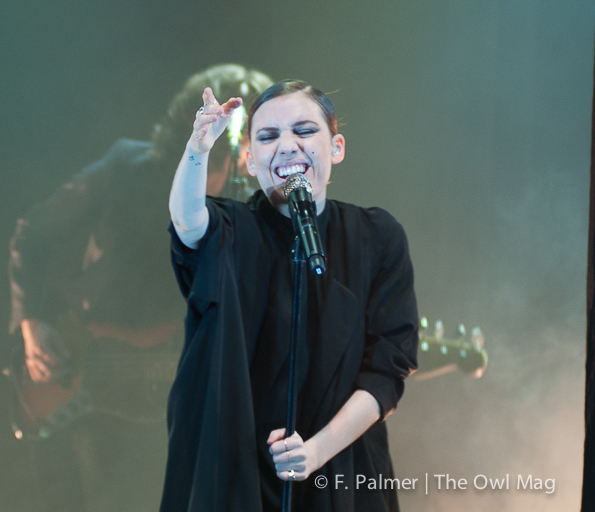 What stood out as the two most memorable moments were when the stage lighting turned to blood red for “Rich Kid Blues” – a stark contrast to the strobe-like, white spotlights throughout the rest of the show. It was a chilling and thrilling moment to behold. Second was the mash-up production of “Youth Knows No Pain” with Kanye West’s “Power”. Li sang through a megaphone while powerful marching beats spawned attendees to clap in unison. The song took on a life of its own captivating every being in The Wiltern. 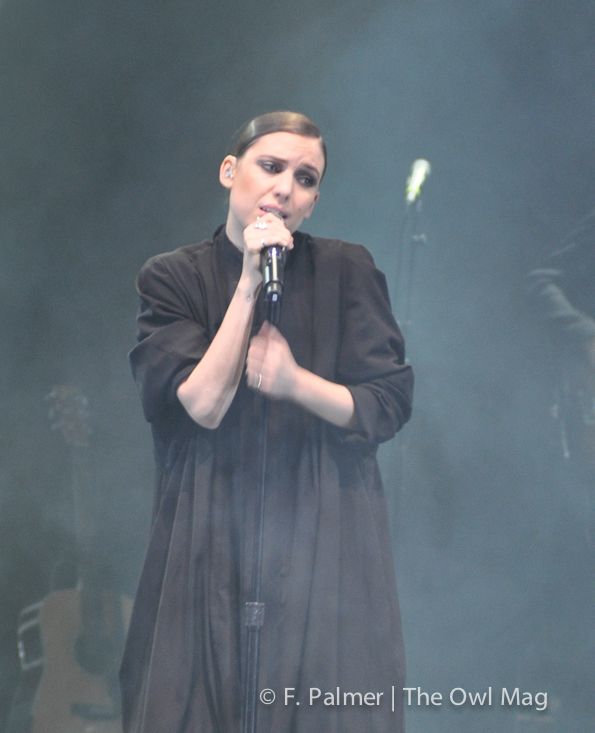