We’re experiencing some complicated, creepy teenage girl level affection for the self-described “Massholes” duo You Won’t, after they opened for Lucius at The Independent on Friday. While You Won’t’s music holds up strong with sounds reminiscent of Neutral Milk Hotel and Spoon, this is a band best seen in their silly blond bob wigs while heard. The album just doesn’t do their stage act justice, and this band is a real hoot (ha, owl pun).

We’re not ashamed to admit that we’re crushing hard on this two-man band. Have you ever sung along to an operatic talk box rendition of Elvis’s “I Can’t Help Falling in Love With You”? We bet you haven’t seen a singer crash a cymbal on stage when trying to reveal an enormous set of wind chimes while his cohort calmly keeps the tune on a pump organ, either. All this from You Won’t, after already proving their vocal chops and their skill on both a saw and a melodica. 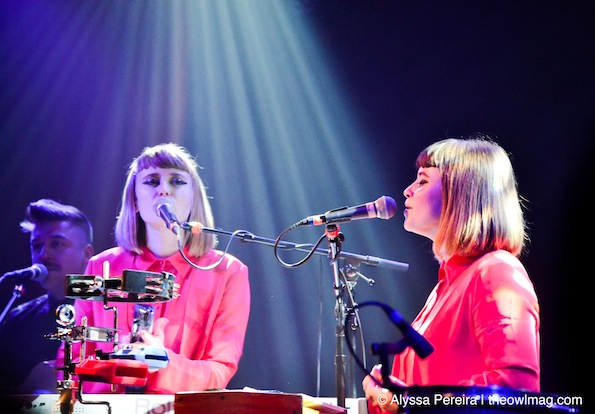 We feel sorry for the girl who passed out during intermission. Missing Lucius is like skipping dessert forever. Lucius’s mountainous harmonies percolated by rumbling percussion feel like Feist or the best of Jenny Lewis and Rilo Kiley, if you developed double-vision in stereo. This band proves that two really is better than one with two singers, two guitars, two drums, two keyboards/synths, matching outfits and wigs, and a roaring performance from both sides of the stage, indeed. OK, they did only have one bass, but he held his own. You know what they didn’t have? Auto-tune or pre-recorded tracks. When you’re this talented, you don’t need it. 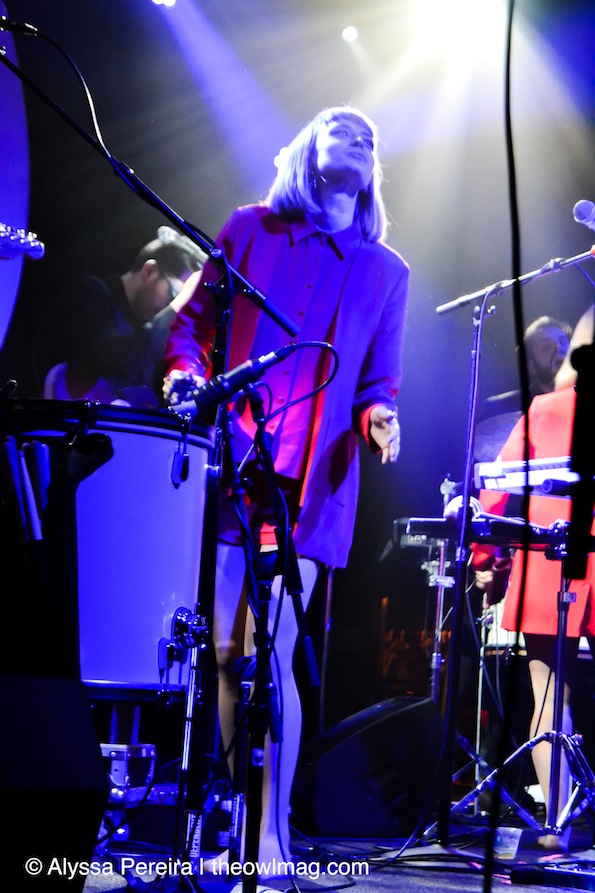 Next tour, we have a few merchandise suggestions for Lucius: wigs, dancing shoes, ties, and perhaps a musical zoetrope with a recording of the show so that we can relive the best show the Independent will see this year, whenever we want. It’s not so much to ask, really. You can’t play a show this great and not expect us to want it again. 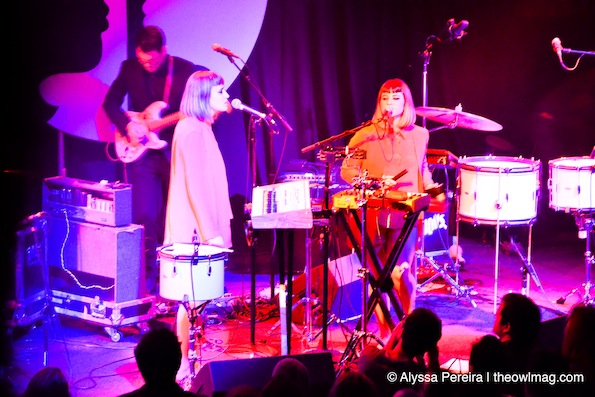 Just in case you were that girl who passed out during intermission, check out a full gallery of Lucius’ performance HERE!