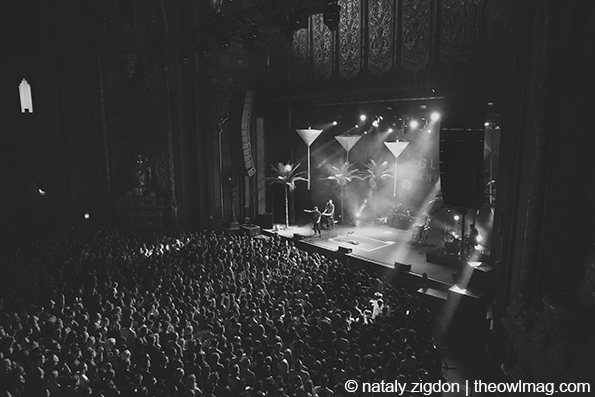 The sold out show at the Fox Theater in Oakland wasn’t a surprise considering Glass Animals has taken over our playlists. The stage appeared with the curtains pulled back to find quite the amazing set up; giant plants accompanied by hanging lights and a backdrop of the classic ‘Glass Animals’ typography that prominently appears on the band’s album covers. 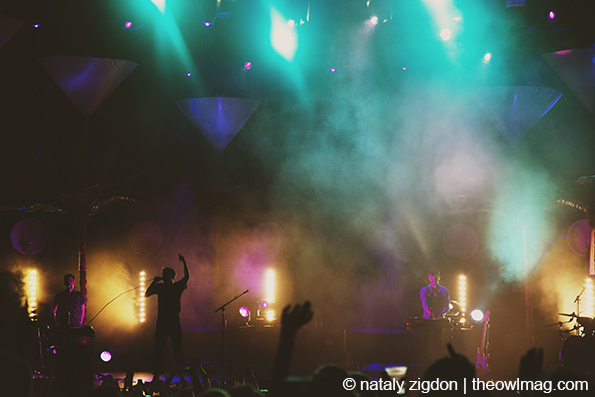 With Glass Animals’ colorful set up and the band’s jungle and animalistic spirit, the band aimed for a more animated and upbeat experience than the smooth styling of their record Zaba, which brought every person to their feet. 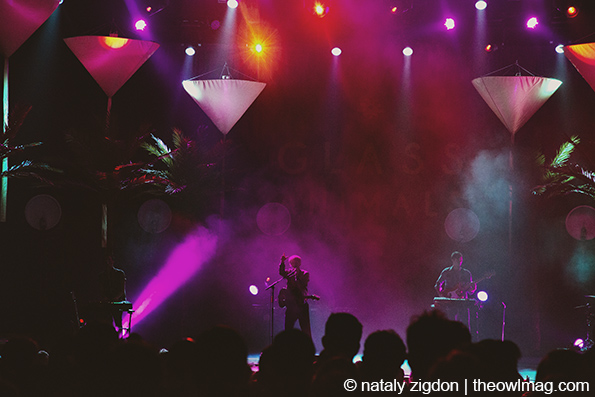 The longing and feeding ‘Gooey’ had the crowd singing every word with eyes shut tight and swaying bodies filling the entire theater. Front man Dave Bayley had enough energy and spark to accompany the crowd, dancing fervently to his every word, to the group’s every gooey beat. 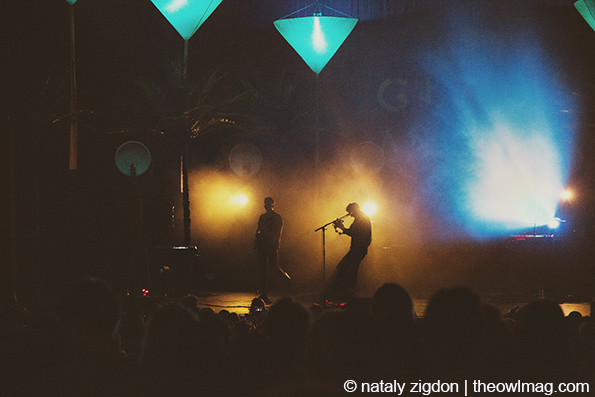 Although many moments throughout the show were lacking in sound quality, with vocals being overpowered by the occasional muffling of instruments, it was evident that the crowd was there to support the brilliant album and music that Glass Animals have crafted and these slight missteps would not prevent anyone from returning for another show. Glass Animals sure do know how to entertain.