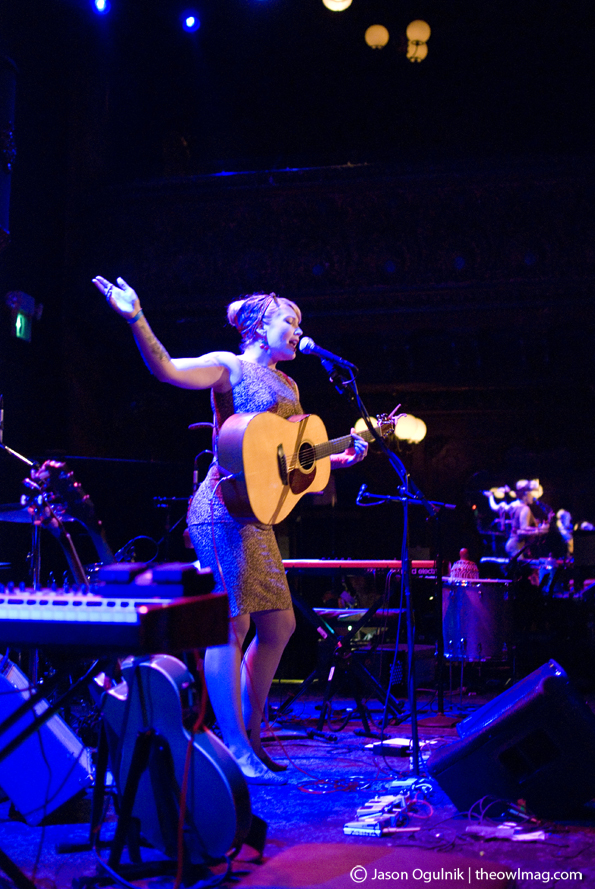 First up tonight was Elin Ruth (above) who came out dressed in racy rockabilly attire: leopard skin short-cut dress and matching heels, one firmly clipped curl protruding in front of her bandana, and tattoos of pin-up girls and thorny roses. Such an image usually presages a sound that can often be a plainly formulaic acquaintance. However, this was not the case with Sweden’s Ms. Ruth. Armed with just her steel string guitar and a good deal of individual bite, she adopted certain rockabilly motifs to engage us in her thoughts. She was pertly upbeat and her songs’ used-but-not-abused chord sequences, coupled with the insistence of her sweetly rasping melodies made her quite a unique performer. 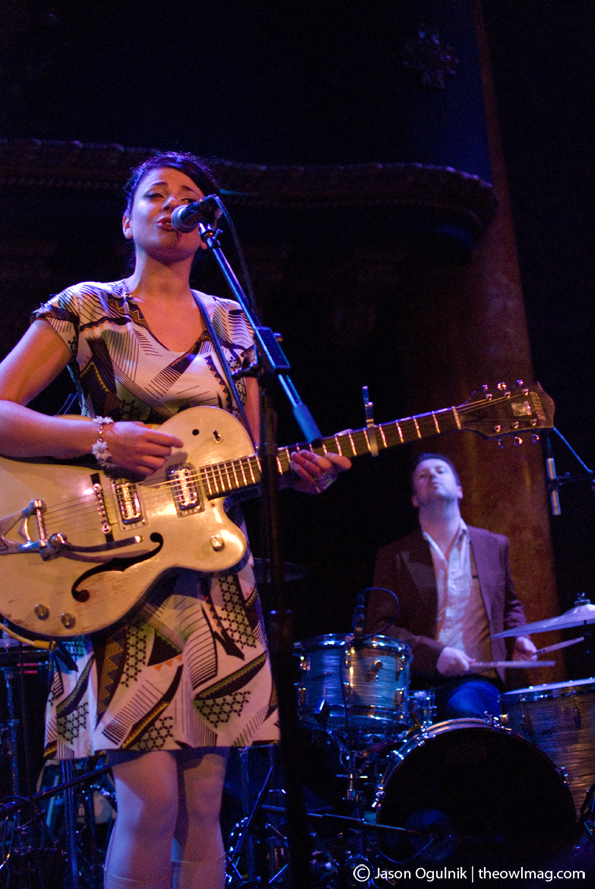 Although Gemma Ray (shown above) played with just a drummer tonight, this did not make for any lack. With the accompaniment of the dynamic drumming and her richly tremolo-ing Gretsch, her set tonight encapsulated dual connotations of the word beguiling. She was definitely charming, but you also got the sense that she was potentially deceiving you. She sings with unaffected strength and doesn’t need to push in order to make her vocals at once wistful and self-assured. For example, current single “Rescue Me” could be seen as an entreating plea for solace, but it is almost like a challenge. Her cool swagger is intimidating, and this impression was enhanced when during one song she replaced her guitar pick with a kitchen knife. 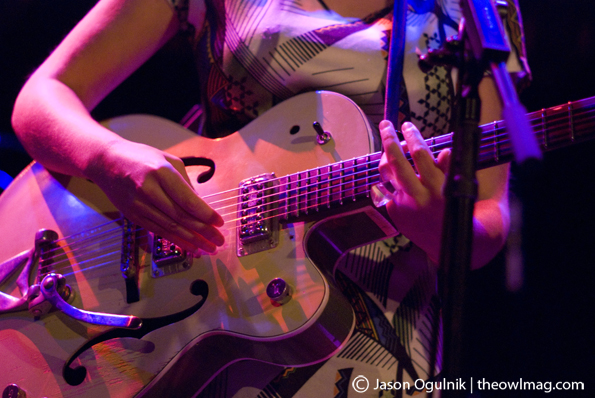 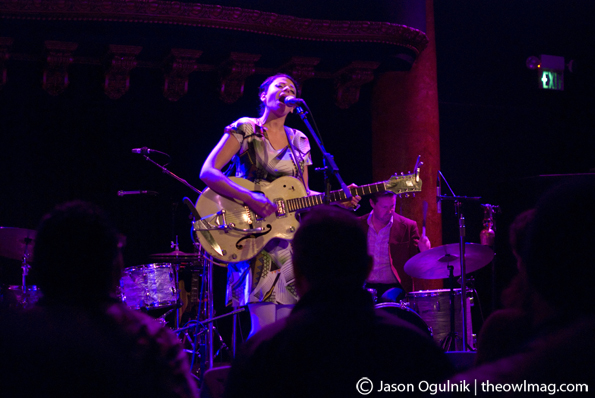 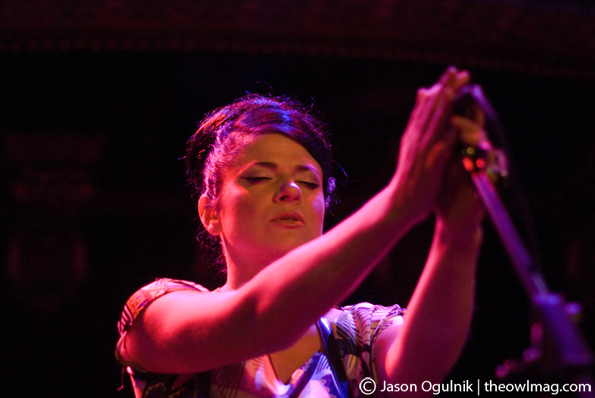 Gemma Rays’s sound certainly borrows from preceding eras, but not anachronistically. Amidst flinging forth murky tones that recall Rain Dogs-era Tom Waits and Cat Power’s The Greatest, tonight’s show displayed how she uses proven song-writing tools to facilitate her own with dangerously alluring discursive entries. 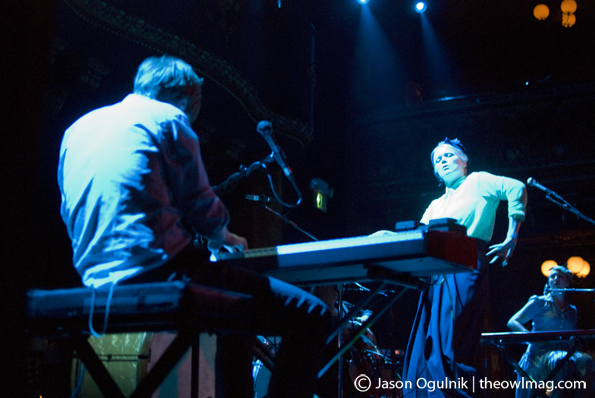 The crowd may have been somewhat sparse, but everyone present became devotedly attentive once Swedish (nee-Norwegian) enchantress Ane Brun (shown above) took the stage. Brun’s setlist leant heavily on her latest album It Starts With One, which allowed her to prominently emphasize profundities of everyday experience. In “Worship” Brun indicated the common neglect of just how valuable one’s individual being is, asserting things such as “You never worship yourself” (“Worship”). “One” drew significant awareness to the basic origins of crucial human innovation, disclosing that “it all starts somewhere.” 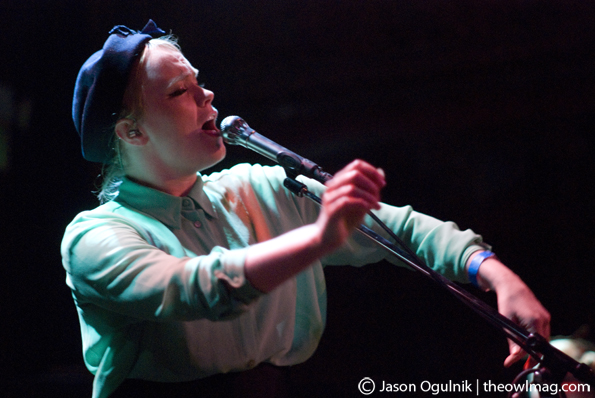