For many festival attendees, FYF 2012 was a revival of their youth. While Saturday saw nostalgia-inducing acts like Refused and The Vaselines, Sunday brought acts Dinosaur Jr. and Desaparecidos. The temperature noticeably rose on Sunday, yet it wasn’t enough to keep festival-goers away. Fans were bound and determined to end their summers with an unforgettable experience. 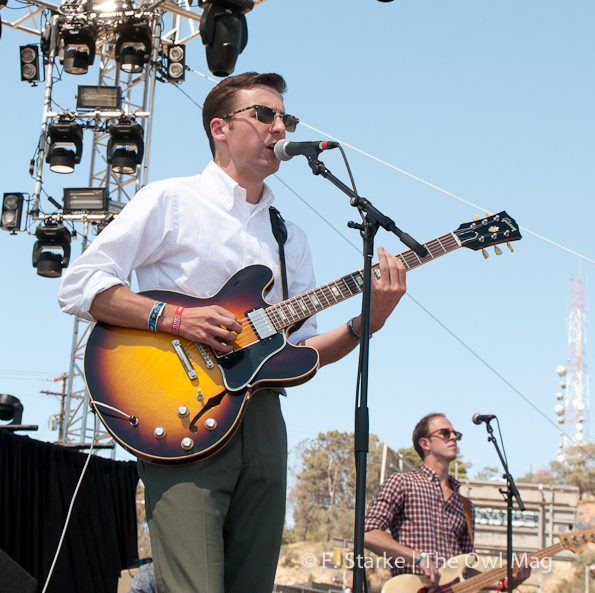 We kicked off our Sunday with the swanky, soulful crooning of Nick Waterhouse and his band, The Tarots. Waterhouse was a refreshing break from the punk-packed lineup and had fans shimmying and swaying. The band brought a classy, jazz club vibe to the Main St. Stage, complete with horns, female backup vocals, and slick guitar rhythms. The stand-out tune of the set was a song “for all the doubters,” “Time’s All Gone,” featuring squealing saxophone, rhythmic clapping, and Waterhouse’s surprising growl. 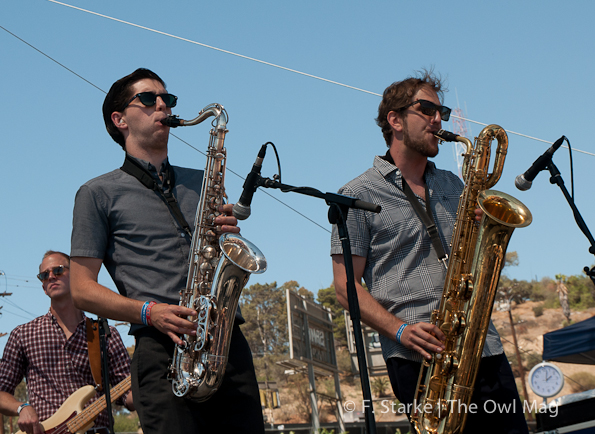 From the main stage we mosied on over to the Hill St. Stage to catch some chill jams from Virginia’s Wild Nothing. At first the sound seemed a little off, but as the band eased into their third song “Golden Haze,” all seemed right. Pop gem “Only Heather” was a highlight of the band’s set, comprised of dreamy vocals, layered guitars, and synthesized organ. While the band played a tight set, we would have preferred to hear their dream pop with a backdrop of a civil twilight to set the mood. 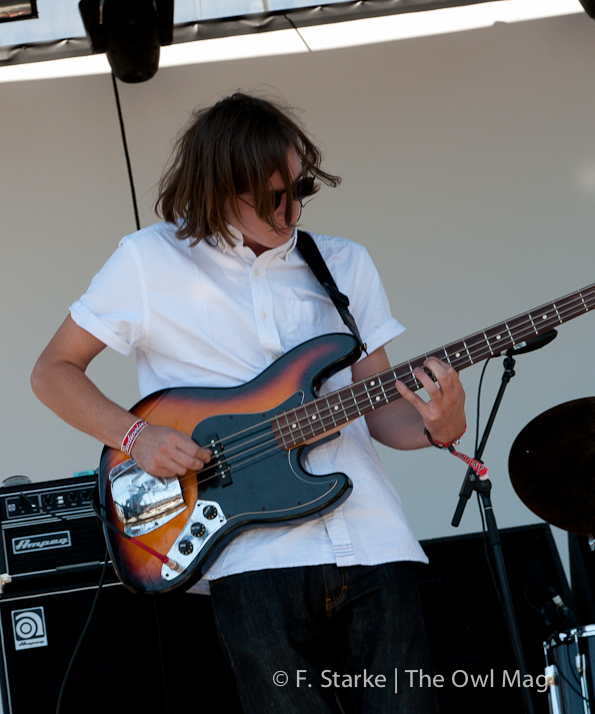 As always, Louisiana’s twee pop body movers Givers provided the crowd with jangly, upbeat tunes. While frontman Taylor Guarisco bopped around on his tiptoes, percussionist and singer Tiffany Lamson raised the bar for the current trend of front-and-center floor-tomming with her various percussives. Givers is proof that when a band is having fun on stage it carries out to the audience, which was especially evident with “Up Up Up” and “Saw You First.” 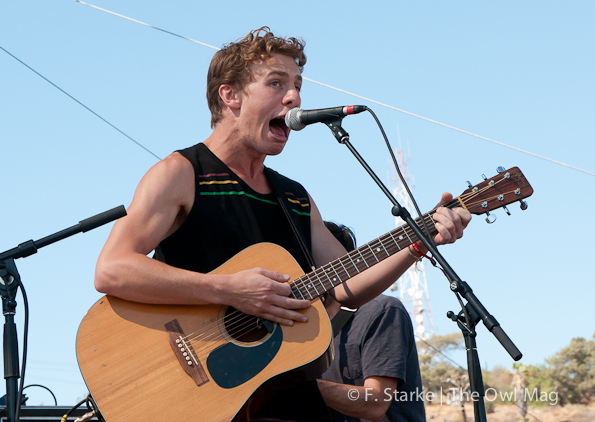 After a quick break to grab some grub, we headed back over to the Main St. Stage for King Khan & The Shrines. From across the festival grounds it was nearly impossible to detect the band through the thick cloud of dust kicked up from the writhing crowd. King Khan sauntered about the stage donning a gold cape and purple skivvies as The Shrines busted out their own unique brand of horn-driven, soul-tinged garage rock. Highlights included “Welfare Bread,” “Outta Harm’s Way,” and a new song which King Khan dedicated to the late Jay Reatard. 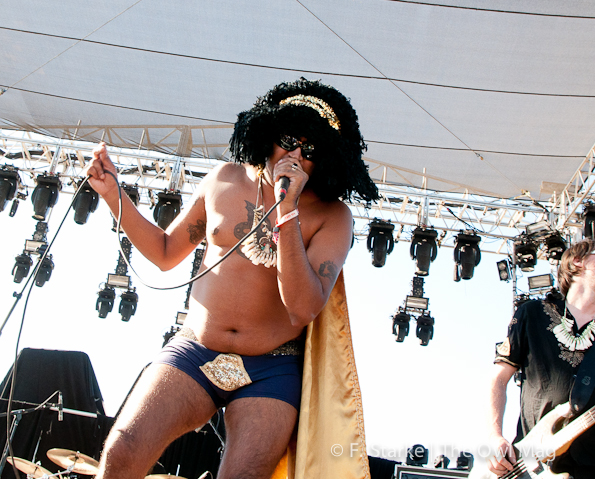 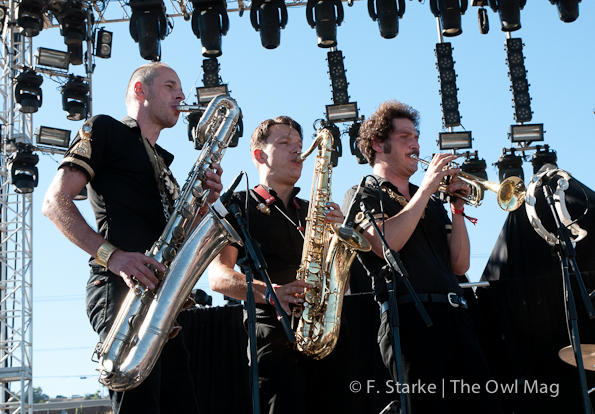 The punk kept coming on the Main St. Stage as Florida’s Against Me! followed King Khan & The Shrines. Opening with “Transgender Dysphoria Blues,” Laura Jane Grace and crew got the crowd revved up to full speed within the first thirty seconds of the song. Fists and fingers pointed up to the sky as enthusiastic fans yelled out every lyric. 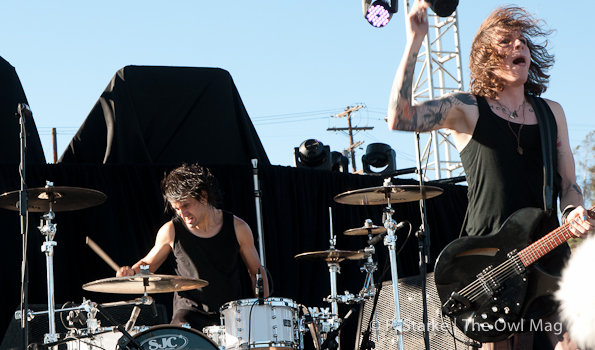 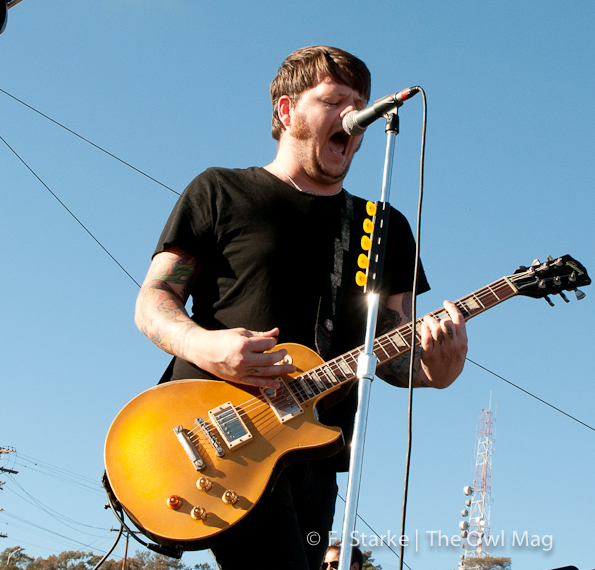 Over at the Hill St. Stage we caught Bradford Cox under his solo moniker Atlas Sound. Armed simply with an acoustic guitar and harmonica the set was a bit of a palette cleanser. Cox led into most songs with some simple sweet strums on guitar, layering on distortion and reverb as they progressed. Hearing tunes like “Walkabout” and “Parallax” between the heavier performances of the day offered a chance to recoup and reflect. 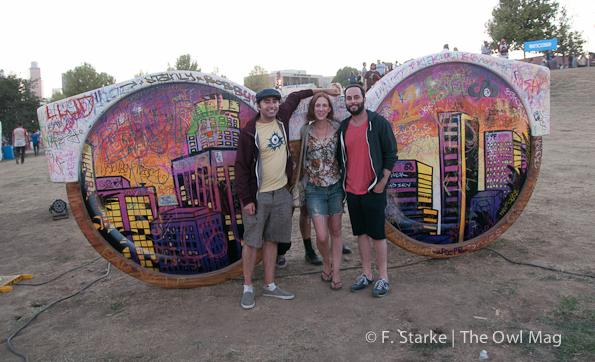 After getting chilled out at Atlas Sound we booked it back over to the Main St. Stage for the sweetest kind of garage rock from Dinosaur Jr. For nearly 30 years J. Mascis, Lou Barlow, and Murph have proved themselves kings of distortion while maintaining infectious melodies. Amid their tunes Barlow poked fun at the redundant name of the event, joking “We’re happy to be here at the Fuck Yeah Festival Festival… I can’t stop saying it, Fuck Festival Festival.” With crowd surfers galore during “Freak Scene,” Dinosaur Jr. remains one of those bands that is good old fashioned fun to see. 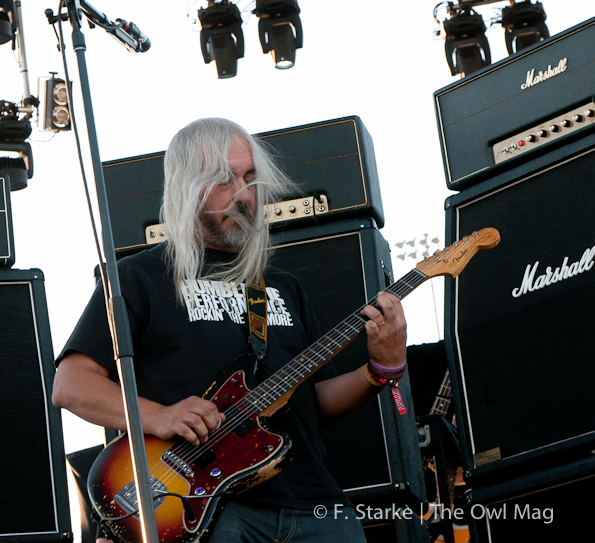 Following Dinosaur Jr. is not an easy slot to fill, but Nebraska’s recently reformed Desaparecidos stepped up to the plate nicely. The so-called “Saddle Creek supergroup” drew a collectively younger crowd that might not have had a chance to see the band perform during their brief initial run. Amid the politically charged jams the band also played more emotive tunes including fan favorite “Man and Wife, The Latter (Damaged Goods).” 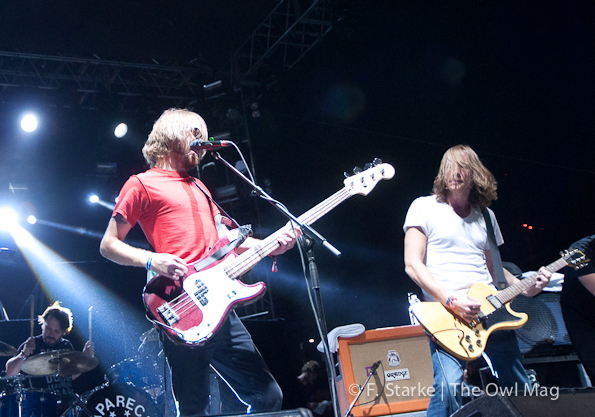 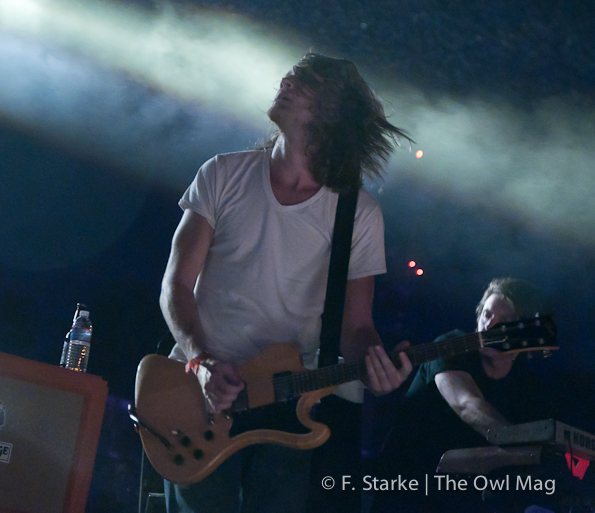 Once the sun had long gone down it came time for Yeasayer to bust out their trippy psychedelic pop. The band performed before a perfectly suited mirrored and lit crystalline structure, creating a living and dynamic environment on stage. Yeasayer proves to be a band that is always evolving, even when it comes to their live renditions of old tunes, exemplified best by a rendition of “One” infused with bits of “Madder Red.” The band rounded out their set with the crowd-shaking “Ambling Alp,” the tune floating perfectly through the late summer air. 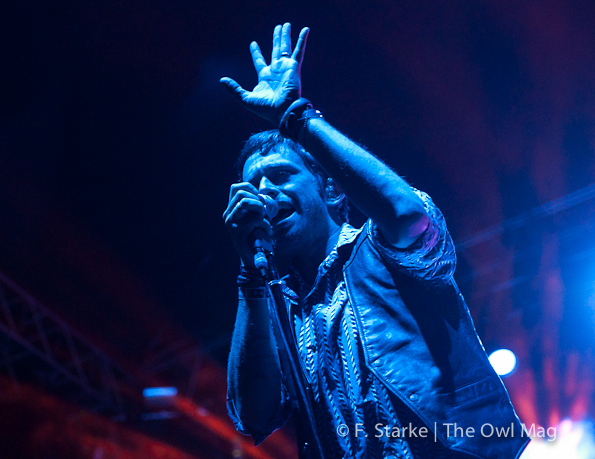 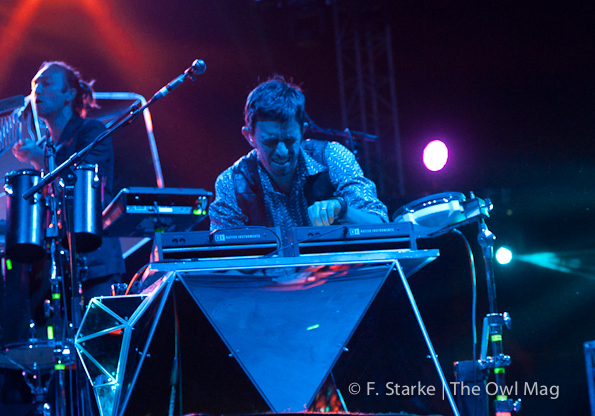 Most of the crowd trickled away after Yeasayer as The Faint started at nearly the same time as Beirut, leaving a rather intimate crowd for the Main St. Stage headliners. We chose to stick it out with these diehards and we weren’t disappointed. Aside from Condon’s ukulele, not a guitar was to be seen during Beirut’s performance, providing a refreshing change of pace. The entire set filled the cool air with a whimsical and dreamy ambiance, particularly “Scenic World,” “Santa Fe,” and “Nantes.” Beirut provided a bittersweet send off for the festival as it marked the closing of an amazing summer. 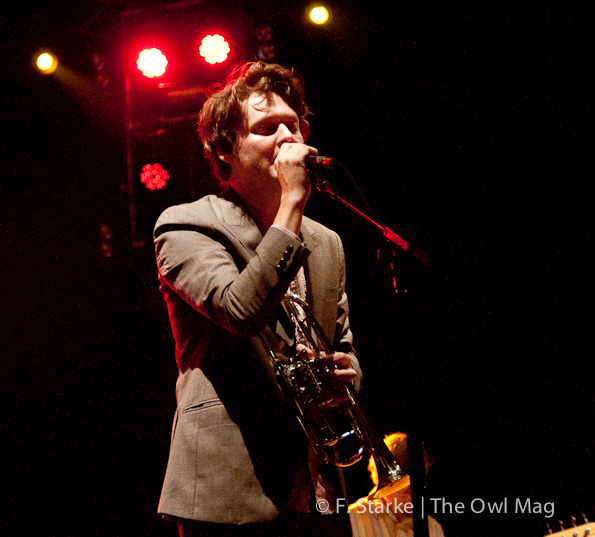 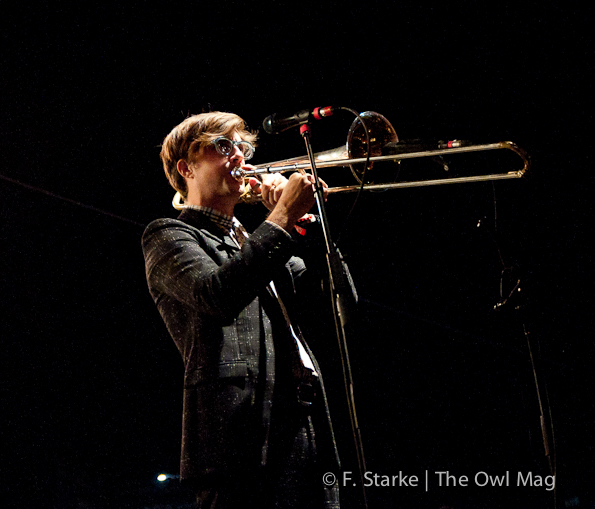 Even amid the clouds of dust, the overall vibe at FYF was a great wrap up for this year’s festival season. So many great acts have emerged from the independent music scene this year, as well as the continuation and reformation of many seminal groups. FYF Fest afforded us the opportunity to catch up with great music-loving friends before autumn sets in and allowed us to see all those bands we’d been meaning to see this summer, but always seemed to miss. Peace out, music festival season, we’ll be seeing you around.

For more photos of the festival click here, here, and here!