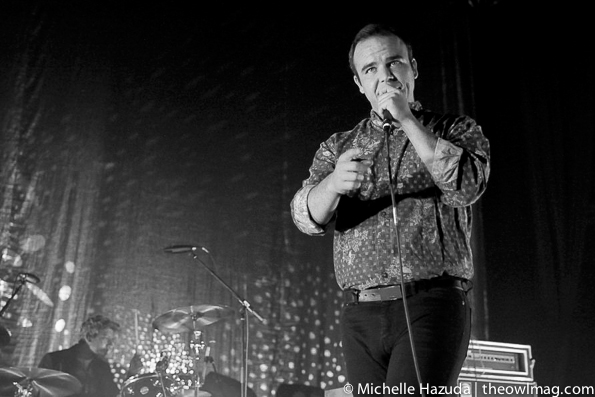 Baltimore’s Future Islands continue to tour in support of their most recent album, 2014’s Singles. The band has displayed a fascinating progression over the course of each of album released. With a bigger emphasis on more mid-tempo jams, Future Islands has shown a greater sense of maturity and progression. For those only familiar with their recordings, their live show is a specimen of its own to behold; something truly special. Animated frontman Sam Herring demands the attention of the audience from the moment he steps on stage and is able to maintain that level of drama at a very high degree. This night was no different as the sold out Fox Theater in Pomona turned into a giant dance party/sing along. 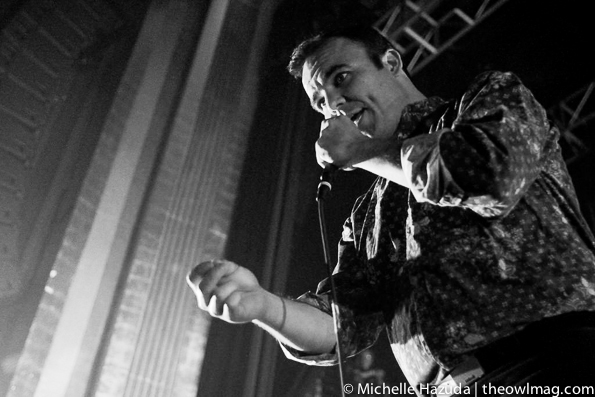 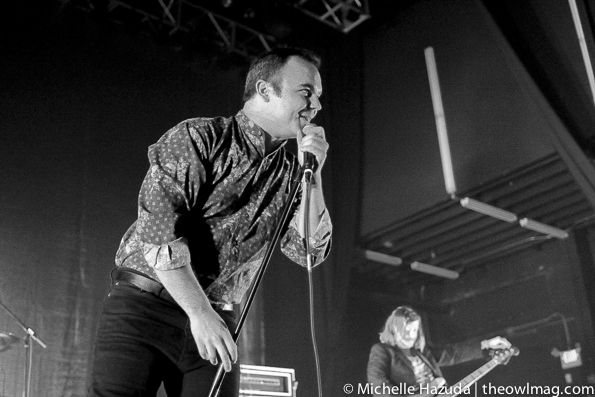 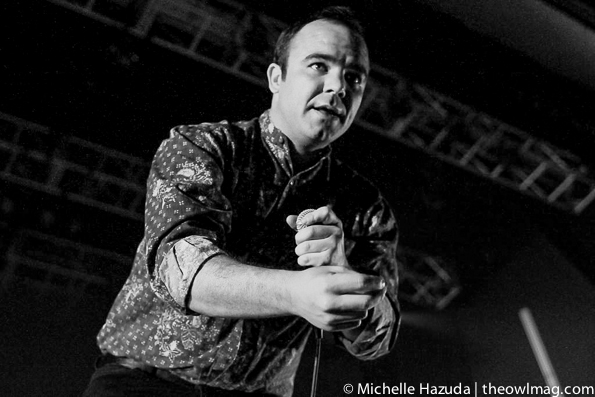 Opening for Future Islands on this run of tour dates would be none other then electro rock band Operators. Operators is the new brainchild of Dan Boeckner, who you may know from other projects like Handsome Furs, Divine Fits, and Wolf Parade. Upon entering the venue, their luscious sounds could be heard filling the majestic theatre. The majority of songs played were from their debut EP1, which can still be downloaded for free on their website. It was the perfect warm up for what Future Islands was about to deliver. 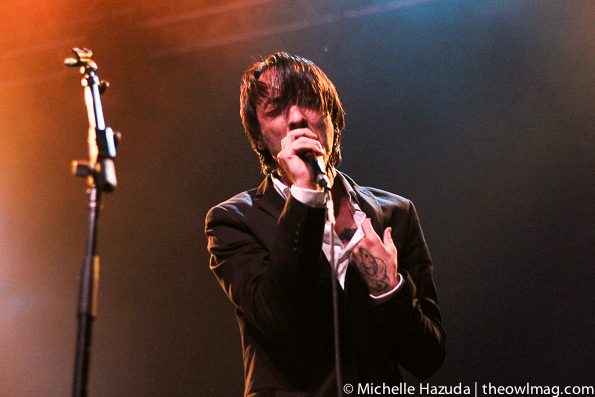 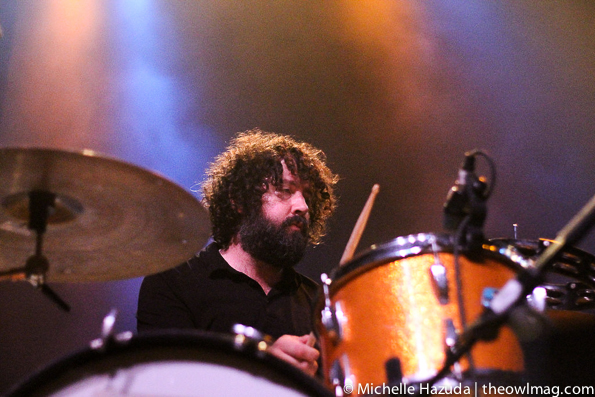 As the band began their set with, “Give Us The Rain,” Future Islands controlled the crowd’s energy with slow build-ups that were sandwiched by their more uptempo songs. Tonight would not be a fast sprint, but a long marathon, one that would provoke thoughts and feelings. Sam Herring did not let the crowd off the hook for one second, challenging them to keep up with his dance moves, as he glided back and forth across the stage, as if wearing he was wearing ice skates. Before some of the songs, Sam gave a brief explanation as to its meaning like “Sun In The Morning” stating, “This songs is about having that special someone, you’re thankful for having in your day to day activities.” Occasionally the dramatic singer would walk to the edge of stage, stare off into the crowd, and pound his chest with one fist, as if he momentarily recalled what inspired the lyrics he was singing.

The setlist included fan favorites, “Long Flight,” “Balance,” and “Tin Man.” Future Islands also performed recent releases, “The Chase” and “Haunted By You,” which surprisingly spurred a sing-along by a majority of the crowd in attendance. The electric feeling in the air and the excitement of the crowd provided the perfect environment for each one of their songs. Future Islands closed their set with “Spirit” off of Singles. As the quartet exited the stage, the crowd made it abundantly clear that they wanted more and demanded an encore by chanting “Future Islands” over and over again until they got what they wanted. The question on everyone’s mind was, “Which songs had they not played?” The band answered by digging deep in their catalog pulling out “An Apology,” “Vireo’s Eye,” and “The Last Supper.” Sam jokingly said, “If you haven’t danced tonight, here’s your last chance!” during “Vireo’s Eye.” 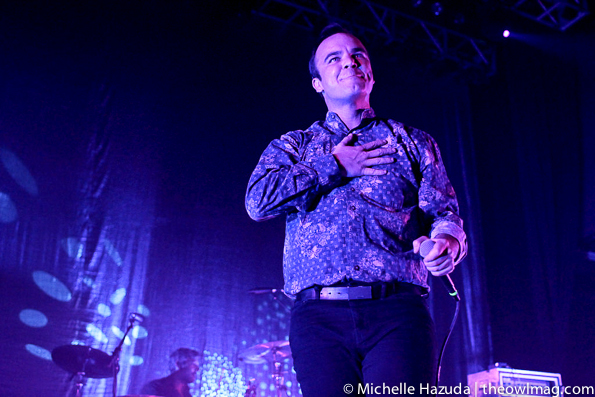 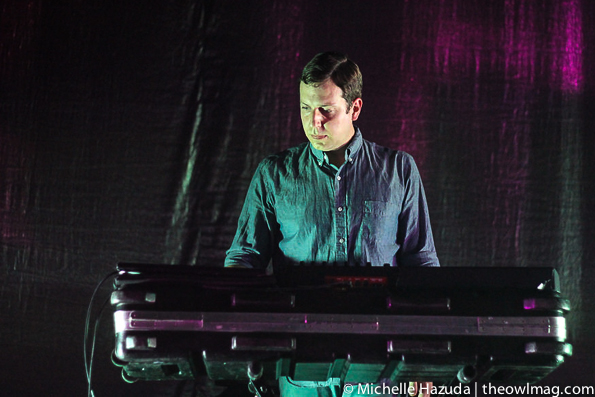 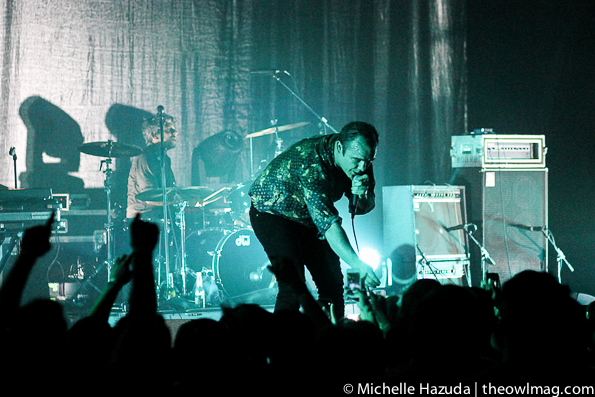 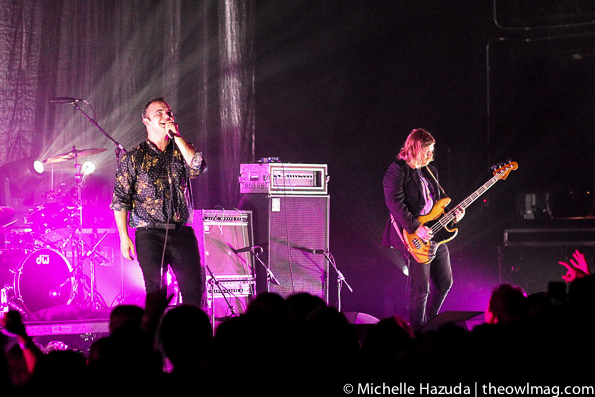 A look of satisfaction could be seen on the attendees’ faces as the house lights turned on. With many discussing how great this self-branded “too noisy for New Wave and too pussy for punk” band was. The band has a few more stateside appearances before heading to the land down under for a tour. If you’ve never experienced Future Islands, get out from under that rock and give great music a chance.