Finally, the day had arrived when Baltimore’s amazing synth-pop trio, Future Islands, was performing in my backyard. I have been obsessing on this band for many months now and was elated to finally see them perform. For those not familiar with Alex’s Bar, it’s probably one of the best dive bars/concert venues in the LBC. It’s roomy, dark, and unpretentious. It’s also where HBO’s vampire series, True Blood, was filmed… you know, Fangtasia?

It was anticipated the show would sell out and by the looks of the long lines forming outside, we were glad we arrived early. Once inside, I met lead singer, Samuel T. Herring and exchanged a few words with him. He was very sweet and approachable and that only made me love the band even more. 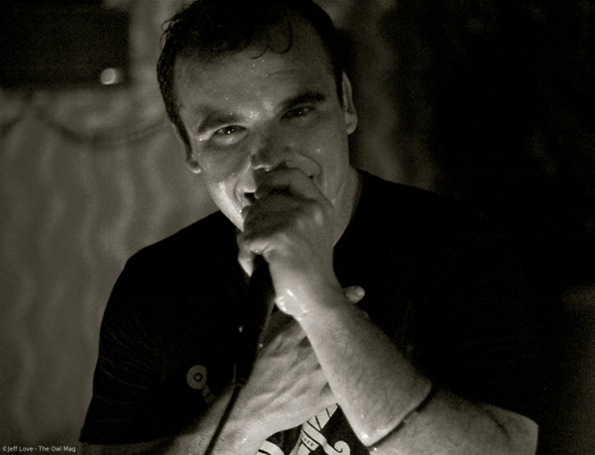 There were quite a few opening acts that made the wait time torturous and all I wanted to do was fast forward to Future Islands. The bar quickly filled up and we found ourselves shoulder to shoulder. Beads of sweat formed and the band hadn’t even started yet. As the lights dimmed, Future Islands started with “The Great Fire” off their newest effort, On The Water. A slow start for very eager fans, however, the mood switched up once “An Apology,” off In The Evening Air album, made its presence. The stage lit up in a fiery red tone and to the right of the stage was a neon sign that said “Welcome To Hell.” Herring face contorted between friendly and kind to manic and demented as he sang “Inch Of Dust.” 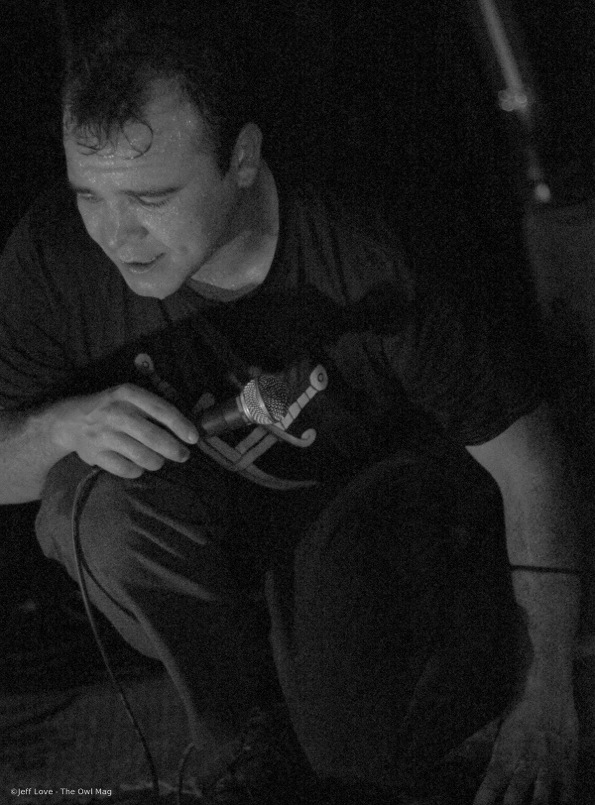 Loyal fans were definitely present as I could hear every single person around me singing passionately in my ear. People swayed back and forth in an almost trance-like state. “Balance” turned the entire venue into a frenzied dance club and I found myself completely lost in sound. “Tin Man” had the lead singer animated and crazed on stage. His presence and antics brought comfort and fear to the heart. Vocally, Herring hits notes that are complex (rough and soothing) and delivers them with intensity and might. It really is riveting to hear, especially in person.

“Long Flight,” “Walking Through That Door,” and “Vireo’s Eye” overwhelmed the audience to such degree, I had a gentleman almost cry on my shoulder because he was so ecstatic. I was very happy, too. Future Islands was everything I knew they would be… truly unforgettable.