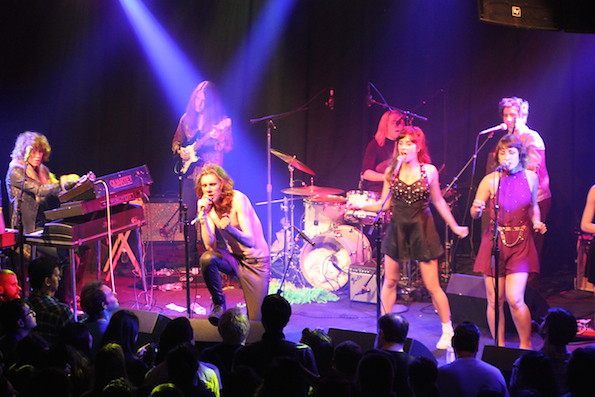 Foxygen generated a lot of buzz after their Coachella set from the first weekend. They drew a large crowd even though they were slotted at 1:45pm, making it a difficult choice if you planned to stay for the closers. That is, unless you happened to be dabbling in mind expanding substances, or really like Red Bull.

Thankfully, they made their way up to the Bay Area between their shows in the desert and played to a sold out crowd at the Independent. The band references SF several times on the their breakout album, We Are the 21st Century Ambassadors of Peace and Magic. Although the guys hail from the Southland, SF feels like a more appropriate setting for the band’s sound. 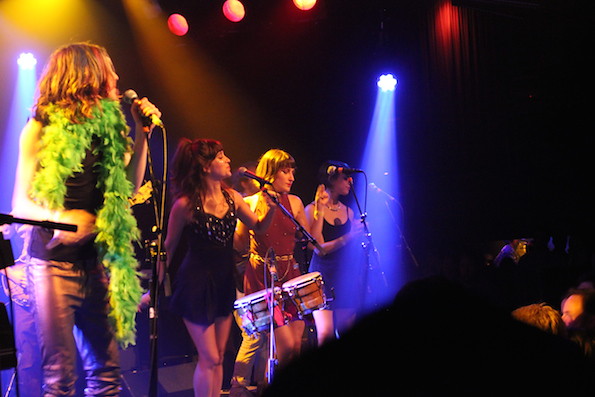 If you only know “San Francisco” by the band, you might get the impression that they’re all about peace and freedom. But their live show is notoriously chaotic and the band seems to be evolving from 60’s blues-infused psychedelia to full blown glam punk rock. It’s a fascinating and exciting transition to witness. Headman Sam France was breathing fire and had the devil in his eye one minute, then stopped the show to give the audience hugs the next. France has some Jagger in his voice and his strut, but he reminded us of Kevin Barnes from Of Montreal or Bradford Cox of Deerhunter in that their bandmates aren’t entirely sure what to expect. The band stays in character, but there’s slight concern that the wheels might fall off. 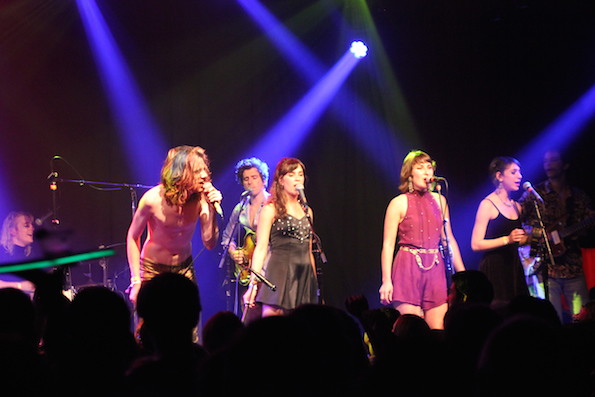 At one point France left the stage in a rush. After playing for a few minutes without him, the bass player went to fetch him and came back shirtless and baffled without France. France was back moments later. You could tell he cared and he wanted to hold it together and pull through, but there are demons beneath the surface. Waiting. Their t-shirt at the merch table, in beautiful script, read “Foxygen is Dead”, an obvious play on their rumored break up and concerns for France’s well being.

Spectacle aside, the band sounded awesome and the three lovely back up singers were a brilliant touch. The band comes off as incredibly cool. It all appears so effortless and they look like they’re having fun. All of the songs were sped up to accommodate their new aesthetic. “Shuggie”, “On Blue Mountain”, and “We Are the 21st Century Ambassadors of Peace and Magic” were standouts and had the crowd going crazy. They played a bunch of new songs as well, and they sounded great. The show left us a little concerned for France, but also hopeful and excited for the next stage in the band’s music. 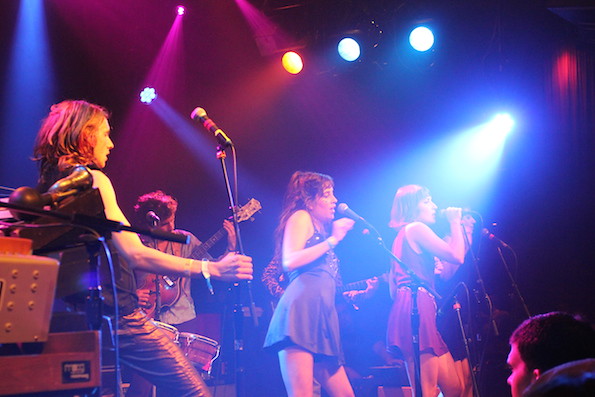